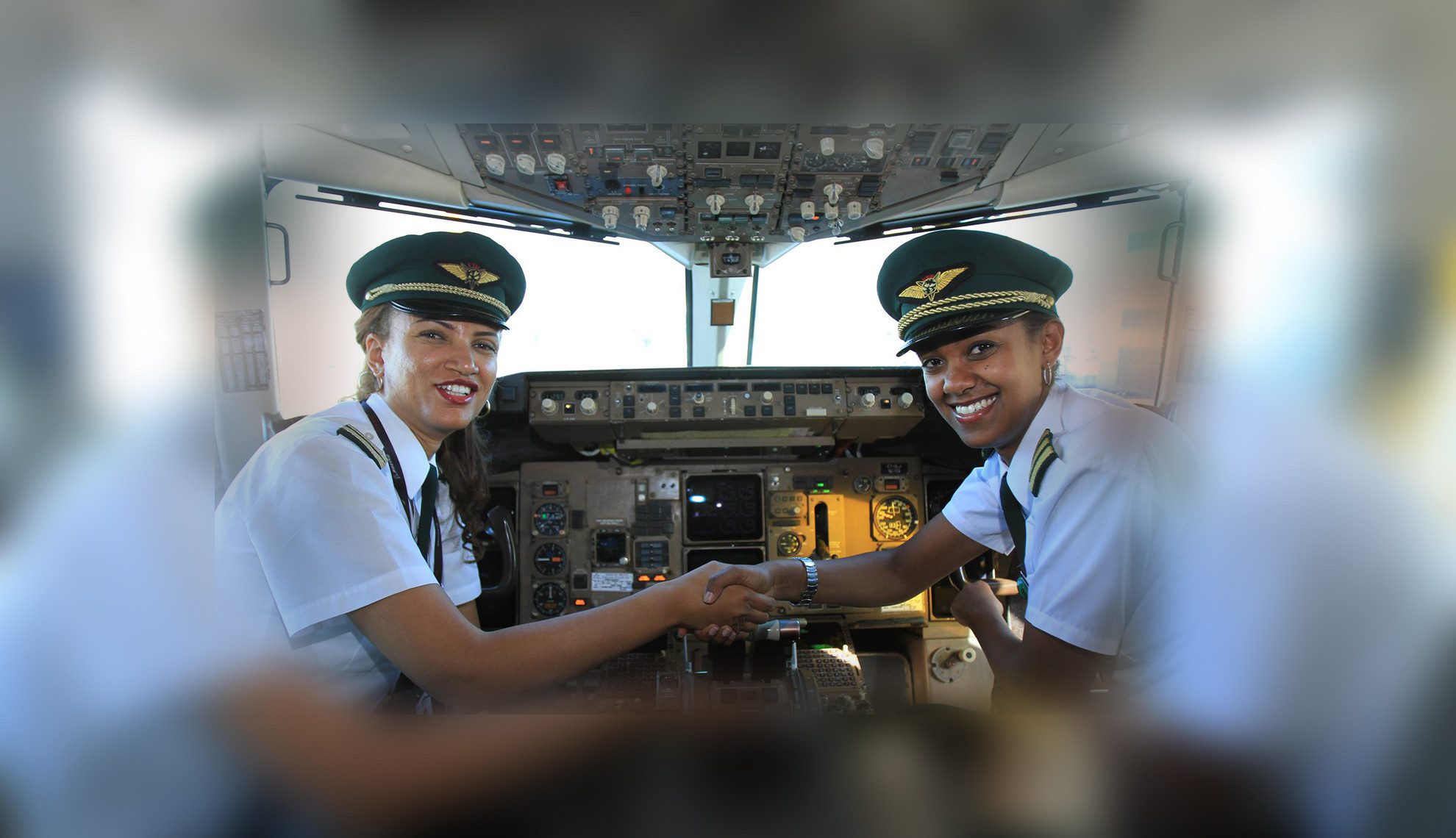 Ethiopian Airlines continues to receive the acclaim of the surrounding industry, as it goes further than any African operator in bridging the continent to the rest of the world

As the largest and most profitable airline in Africa, it should perhaps come as no surprise to see the rapid expansion enjoyed by Ethiopian Airlines over the past 12 months, but the Pan-African global carrier has exceeded industry expectations and soared to new heights in 2015 to ensure it is not just the biggest, but the best.

Surpassing previously pioneering continental competitors in the process, Ethiopian Airlines’ seemingly constant broadening of its destination network has been a large driver behind the plaudits, both ‘nearby’ to other African nations, and to the wider world.

Both Cape Town and Durban have been added to its previously sole South African representation in Johannesburg, while Goma in the DRC, Gaborone in Botswana and Yaoundé in Cameroon formed its domestic expansion strategy over the course of 2015.

Meanwhile, Addis-Ababa was brought closer and more speedily than ever before to the likes of Tokyo in Japan, Manila in the Philippines, Sao Paolo in Brazil and Dublin in Ireland; complementing arguably its most significant foray which took the Company further into the US.

Los Angeles was ticked off in mid-2015 and is now in the process of being joined by the re-launch of a New York service in 2016.

“Preparations are being finalised to launch a service to JFK Airport by the end of June, 2016 as Ethiopian’s network will once again provide a vital link between New York and Africa,” the Company confirmed at the turn of the year. “Ethiopian will be deploying the most modern aircraft in the world on this flight, the Boeing 787 Dreamliner, which not only offers unparalleled onboard comfort to passengers, but is also the world’s most environmentally friendly aircraft with its lower fuel usage and noise emissions.”

Group Chief Executive Officer (CEO), Tewolde GebreMariam said: “We are thrilled to resume our service to New York, our fourth destination in the Americas. New York is one of the world’s most economically powerful cities and including it in our ever-expanding network will play a critical role in the expansion of trade, tourism and investment between the fast growing continent of Africa and the United States.”

To facilitate such levels of expansion, there has inevitably been vast improvements made to the Ethiopian Airlines fleet also as it looks to ensure that it has the quality as well as quantity of flights within its portfolio.

To this end, 2015 witnessed a firm purchase agreement with Bombardier Commercial Aircraft for two additional Q400 turboprop airliners; bringing the airline’s Q400 fleet to a total of 19; the largest in Africa.

Valued at approximately $63 million, GebreMariam expressed his delight at the acquisition: “We are continuously working to have the right fleet with agility, optimal range, load and passenger comfort which is critical for us to keep our leadership position in the market.

“The Q400 aircraft continues to be an integral part of our expansion strategy in Africa. Through our strategic partnerships with ASKY Airlines in Togo and Malawian Airlines in Malawi, the Q400 airliner has played a vital role in availing convenient connections, as well as increasing frequencies to support air travel growth in Africa and successfully create a missing link.

“The Q400 aircraft is also our core fleet to our domestic and regional destinations, thereby ensuring excellent passenger experience, operational flexibility and economics.”

Ethiopian Airlines joined Bombardier’s global network of Authorised Service Facilities (ASFs) for commercial aircraft in 2013 and performs line and heavy maintenance on Q400 aircraft at its facilities at Bole International Airport in Addis-Ababa.

“The Q400 turboprop continues to make impressive headway in Africa and has proven its ruggedness and reliability in challenging operational environments where it’s hot, and high capability, jet-like speed and high rate of climb are significant assets,” said Fred Cromer, President, Bombardier Commercial Aircraft. “Some 69 Q400 aircraft are now in service with more than 20 operators on the continent, and we are delighted with Ethiopian Airlines’ continuing growth and impressive use of the aircraft to satisfy a wide variety of market requirements.”

Renowned for its breaking of parameters and evolution of the wider industry, Ethiopian Airlines broke arguably its most significant barrier yet in November, 2015 as it initiated the continent’s first ever all-woman functioned flight.

Taking place between Addis-Ababa and Bangkok, the historic flight was aimed at crystallising Ethiopian corporate conviction of ‘Women Empowerment for a Sustainable Growth’, and comprised not just the pilots, but also an entirely female deck crew and executives on board.

“It is a great honour for us to have competent women aviation professionals at Ethiopian in every aspect of the aviation field, which portrays Ethiopian as a gender responsive organisation that strives to pursue its underlying stance of being an equal opportunity employer.

“We are very proud of their achievements and contributions and it is our sincere belief that this will continue with an enhanced magnitude and passion to sustain Ethiopian on its fast growth trajectory.

“Above all, this is an ample opportunity to inspire young African female students to believe in their dreams and embark to fill the skill gap for aviation professionals.”

GebreMarian has subsequently been awarded with the ‘Most Gender Focused CEO’ award from the Leading Women of Africa, setting the tone for a series of accolades directed towards Ethiopian Airline in recent times; ‘Africa Best Employer Brand’ just one more trophy to add to its cabinet.

“Having also been recognised as ‘Best Airline to Africa’ for a second year in a row, and ‘Best Airline in Africa’ by one of the most prominent travel magazines in the US, in December, 2015, I am very pleased to receive these awards on behalf of the more than 9,000 strong men and women colleagues at Ethiopian Airlines and I congratulate them for this achievement.”