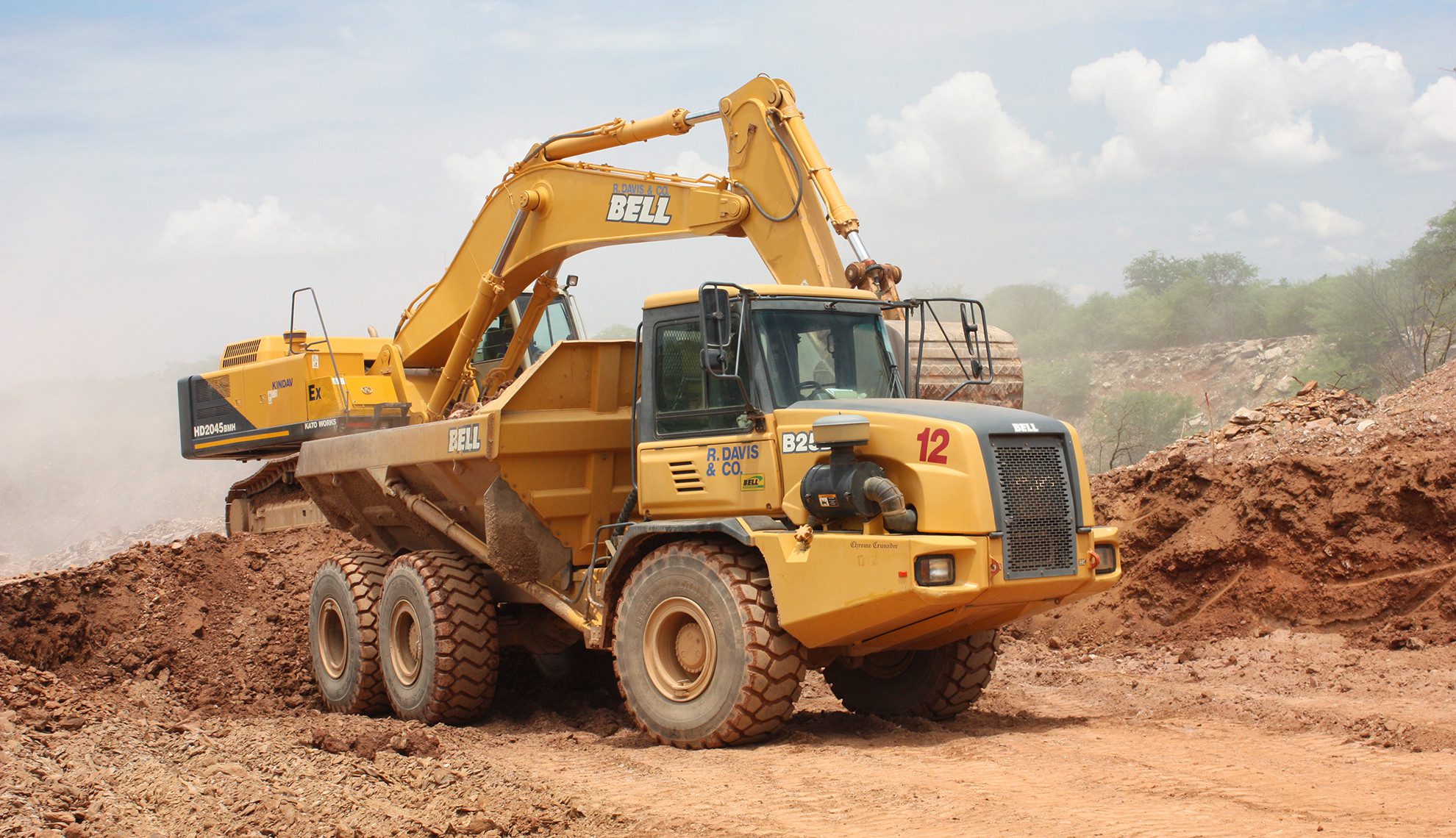 Africa. Home to 30 percent of global mineral reserves, producing around 483 tonnes of gold and operating four of the five biggest diamond mines outside of Russia, it is a continent unrivalled in the way of natural wealth.

The sheer number of facts which support this claim are unrelenting. Approximately two thirds of the world’s cobalt is produced in the DRC, while South Africa is home to an unsurpassed platinum resource base.

Yet, despite such mammoth deposits, the continent’s worldly riches have remained relatively untapped in the past – something that has only begun to change in recent times.

Take Mozambique, for example. Recognised as possessing the world’s largest coal resource base and similarly gargantuan gold mines, certain regions including the Niassa, Tete and Manica provinces have begun to attract substantial domestic and international investment of late.

Meanwhile, ilmenite and graphite are beginning to play a growing role in the national economy, upheld by mining companies such as Australia’s Syrah Resources.

The business behind the world-renowned Balama project which launched in northern Mozambique in early 2019, the firm produces 350,000 tonnes of graphite per annum from this site alone, equating to a 40 percent share in the global graphite market.

“Whether its graphite, rubies, coal or gold, the diverse landscape of opportunities that Mozambique has to offer makes working in this country extremely exciting,” states Tayanna Mozambique’s Operations Director Matt Davis, a business closely involved with Syrah Resources.

“It’s a nation that provides fantastic opportunities and a fantastic working dynamic.”

A mine development marvel

Tayanna itself provides even more evidence of this thriving national economy.

While the firm is not a direct mining owner operator itself, the enterprise has established itself as a contract mining and civil contracting specialists with the ability to undertake a broad range of construction earthwork projects, from roadworks, pipelines, dams and open casting mining to development projects.

“We are a family operated company with a significant focus on offering small to medium scale greenfield and brownfield mines a turnkey service,” Davis reveals. “We provide our clients with a very hands-on, collaborative approach and take extreme pride in the services we supply to them.”

Reputed for its meticulous attention to detail, the company has executed numerous successful projects over the years, the Minas Moatize Mine standing as a prime example of its extensive capabilities. Here, Tayanna carried out contracting mining, establishing the sites initial box cut leading into steady state mining operations over two phases.

“Unfortunately, this particular project was put on care and maintenance owed to the depressed coal price at the time,” Davis adds. “But this is just one of many – we’ve also completed the new Zambezi River bridge link road in Tete and major access roads for one of Rio Tinto’s Benga flagship sites for their exploration drilling programmes.

The former of these entailed the construction of a 14-kilometre road that linked to the new Tete bridge spanning the Zambezi river, while the latter was a monumental undertaking that saw Tayanna deliver 200 kilometres of exploration drill access roads to ensure Rio Tinto’s Benga Mine exploration became more easily reachable – a mine with 1.9 billion tonnes in coal reserves.

Further, Davis also highlights the firm’s work with Syrah Resources. “This is currently one of our flagship contracts,” he states.

“And for a number of reasons. Not only are we employed as the mining contractor, this collaboration has also allowed us to add the construction of a 14-kilometre raw water pipeline to our portfolio, as well as being contracted to the second phase of their tailings dam facility.”

Client-focussed relationships are not the only success story of Tayanna Mozambique, however, Davis also pointing to the company’s suppliers and partners as pivotal players in the company’s continual rise to pre-eminence.

“Like any enterprise, the commercial side of our supply chain and cost-effectiveness is important,” he explains. “But, costs aside, we always try to prioritise and promote local industry as much as possible.”

Indeed, the firm readily works with both local players and esteemed international partners where necessary, sourcing much of its equipment from the likes of Volvo, BELL, CAT and Liebherr to ensure that its own operations are globally competitive in terms of both cost and quality.

And regardless of origin, Tayanna ensures that it holds each and every one of its relationships in the highest regard.

“These partnerships have been crucial, particularly during the past five years,” Davis reveals.

“We operate on certain isolated sites which require dedicated suppliers who understand the dynamic that comes with these environments. Because of this, we maintain open lines of communication, and are lucky that we have established long-term bonds with key partners who offer us flexible commercial and technical solutions.”

Suppliers are not alone in upholding the firm’s ambitious goals, however. Likewise, the firm’s staff play a fundamental role – one that is not lost on the company or its leadership team.

Davis explains: “Both retaining our best talent and facilitating the development of our people is paramount to the company ethos.

“We’re proud of the fact that our expatriate component is low and it’s due to the training, development and retention schemes we have implemented. We work and live in Mozambique, and so enhancing the skillsets of local people is the focus at Tayanna.”

To this end, the company operates its own dedicated training department that includes an in-house mining workshop and upskilling lectures which run in weekly workshops on site.

Meanwhile, upholding local communities externally is as much of a focus as promoting opportunities for employees internally. Davis continues, outlining this emphasis: “We’re currently working in conjunction with Syrah Resources, investing in the Balama district.

“Our goal is to have a balance of 80 percent local operators and 20 percent national operators at the Balama mine site by 2021. Further, we look to provide opportunities to university students on an annual basis including apprenticeships across both engineering and mechanical fields.”

Confidence in country and opportunity

Evaluating the Tayanna Mozambique ethos, it is clear that each of these coherent efforts are undertaken in order to ensure that the company and Mozambique alike will benefit from a fruitful, development-driven future moving forward.

And right now, it seems that this target is well on track.

Having grown its major equipment fleet by 25 percent in the past 24 months, Tayanna now operates 210 primary pieces of equipment across the entire group.

“In the last 12 months we’ve added a CAT385 excavator, three Volvo EC750 excavators, 12 Volvo 45-tonne mining trucks and a three D7 dozers, to name a few recent investments,” Davis states. “And there will be more to come soon, with the recapitalisation of some of our larger excavators and ADT fleet scheduled for Q4 2020.”

These fleet expansions have contributed greatly to the company’s optimistic course, now set to grow its civil portfolio in the concrete, sewer and water reticulations segments in order to further compliment its already expansive mining portfolio.

“We’ll have a new member of the Tayanna team joining us in Q4 2019 who will be dedicated to driving this area of the business,” Davis affirms, “and we’ll also be looking to enter into a new region, either Malawi or Tanzania, by the end of 2020.

“Am I positive about the direction of business in Mozambique alongside this? Most certainly. The country has numerous high-profile projects on the horizon, from gas and mining to agriculture and clean energy power generation.

“We are confident in the country, hence our investment into it for the long term.”