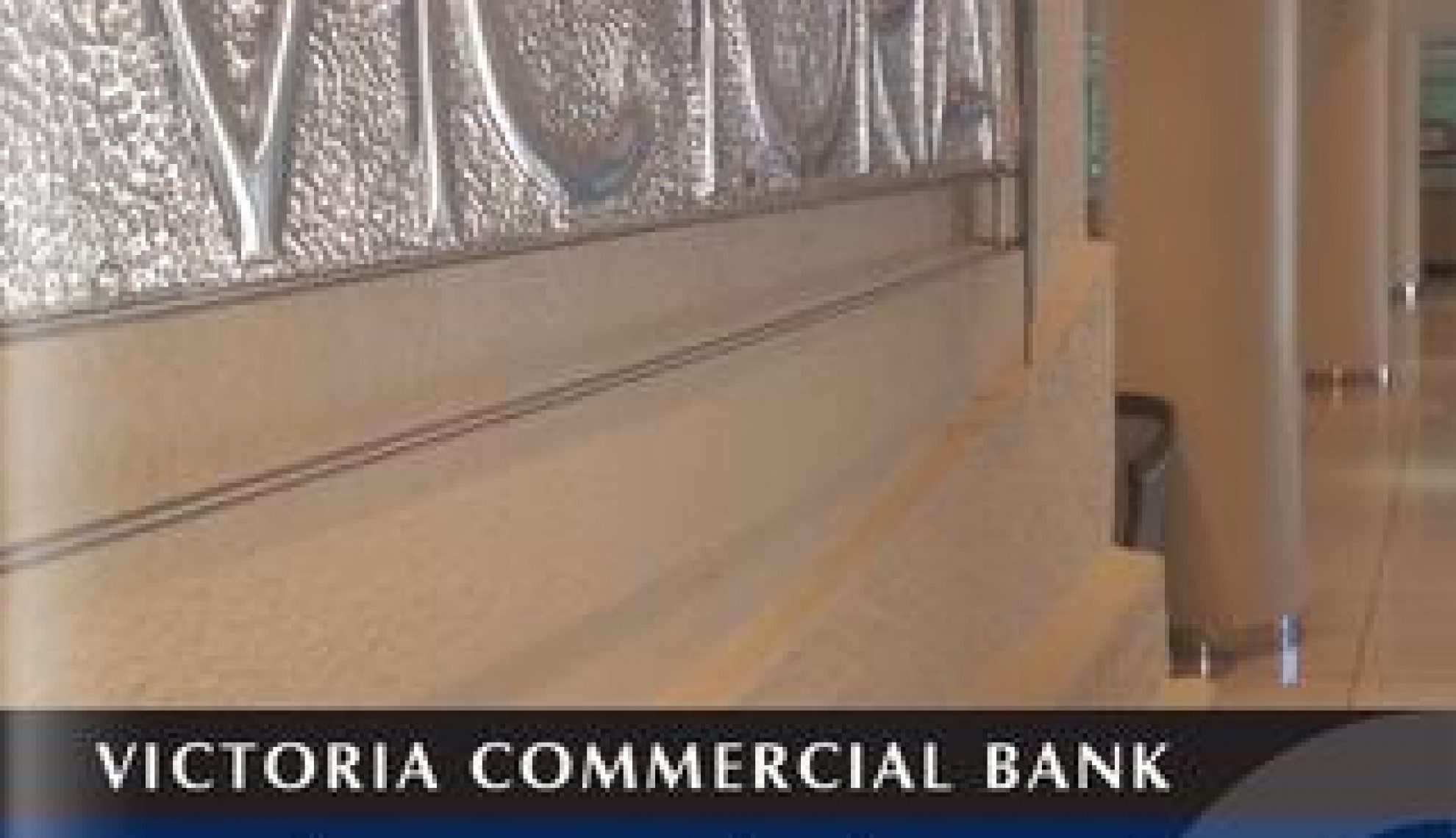 Victoria Commercial Bank has recently opened only its third branch in 28 years, but is recognised as the leading institution in the country through its unparalleled standards of customer service

Victoria Commercial Bank has been consistently ranked amongst the top three institutions in Kenya within its peer group for the past four years and is now looking to capitalise on its reputation through future expansion.

Starting in 1987 in the Great Lake region of Kisumu, on the shores of Lake Victoria, Kenya, the bank has grown from humble beginnings; initially comprising just three people from a small head office in Nairobi.

The current CEO, Yogesh Pattni is part of the family who kick-started the evolution 28 years ago and is proud of the successful rise that the bank has enjoyed since then.

“Following the start of our operations, we converted to being a fully-fledged commercial bank in 1992, offering all the banking services that come with being a commercial bank, and we have grown over the past 28 years to now have three branches, with an intention to open a fourth branch next year, and a workforce close to 60 people,” he says.

“Out of the 43 operational licensed banks in the country, we may only be around the 25th biggest but we have been ranked as the leading bank for several years in our peer group.”

Reputed especially for its 100 percent loan performance rate, consistently for the past 10 years – far above the industry average – Victoria Commercial Bank has been audited both internally and externally, domestically and by international bodies; all of whom confirming that the institution is one of the best performing in Kenya.

Pattni adds: “We have been attaining recognitions and quality rankings within the industry for a number of years, being ranked the third best bank in 2008.

“Thereafter, Victoria Commercial Bank has constantly been ranked amongst the top three positions within its peer group rankings and, in 2014, consulting firm, RSM Ashvir ranked us as the third best performing bank in the industry.”

In addition to its local recognitions, in 2014, Global Credit Rating Company (GCR) of South Africa  affirmed the national scale long term rating assigned to Victoria Commercial Bank of BBB(KE) and upgraded the national scale short term rating to A2(KE); with the outlook accorded as ‘Stable’. This effectively assigns an investment grade rating to the bank, a remarkable achievement for the institution.

The business model undertaken by Victoria Commercial Bank over the course of its 28-year development has been one of methodical and organic growth, ensuring that each branch is performing to the highest standards, as opposed to opening numerous outlets and running the risk of poorer performances.

However, as a consequence of the institution’s recent successes and established notoriety, a third branch was opened in 2014, paving the way for a fourth to soon follow in 2016.

“2014’s new branch was a strategic decision because a good number of clients are based in the industrial area,” Pattni explains. “We saw it as a competitive need to have a branch in a place where our clients would want and need the services we can provide more local to them.

“We have had a very positive response to this branch because not only are our existing clients happy that we have moved closer to them, but we have also attracted several new clients from the surrounding area, so it has worked remarkably well for us.”

Adapting in line with customer demand has always been a key feature of Victoria Commercial Bank’s continuous improvement and expansion strategies, and this same approach will be taken with any future branches added to the portfolio, as Pattni continues: “The next branch we’re looking at is going to be located in an area where more affluent members of society reside.

“Our target market is middle to higher-end income earners and, with the current constraints in the infrastructure of the country, we know we need to be closer to where our target market is, and that is our aim in opening these new branches.”

Throughout this expansion, it is vital that the organisation maintains the same standards, design and service level that its clients have come to expect from the bank, and the very latest in technologies and niche aesthetic features have been implemented in its latest branch to ensure that continuity.

In terms of the aforementioned services that are incorporated within all three of its current branches, Victoria Commercial Bank is also very adaptable and forward-thinking in making sure that the most modern and advanced offering is included.

Hosting the full spectrum of commercial banking services under its remit – including current and savings accounts, credit services, overdraft and loan offerings, and the full range of local and international transactions – the institution prides itself on the added value that clients receive, whatever their requirement is.

“Not only do we pride ourselves on adding value to our clients but we also make sure we provide superior customer service as well, in terms of turnaround times and the advice and information we provide our customers to help them improve their businesses,” Pattni says. “We’ve had several clients going on to enjoy much stronger balance sheets in the future as a benefit from the advice that we have given to them, and that’s
where we make ourselves different from the rest.”

Providing a personalised experience and service to each customer has long been a philosophy of the bank, and given the demographic of its clientele, the levels of trust in regards to safety and security is also paramount in the relationship that is formed between the two parties.

This aspect becomes even more significant given the rise of internet banking’s influence and the challenging levels of fraud in the country.

“We need to be careful to monitor the value of transactions online,” Pattni states. “We still do call backs in certain circumstances to ensure the payment is going through to the designated party, for instance.

“So, while we do offer the whole spectrum of internet banking services, having good firewalls and security systems in place is extremely vital.”

Working hard to thwart this threat, Victoria Commercial Bank has developed its software systems to be entirely impenetrable; a facet which will be replicated in its new branches, and upgraded on a continual basis.

Acting as an entirely standalone entity, the trust has funded a vast range of projects covering aspects of malnourishment, homelessness, education, and healthcare to spread its financial influence beyond its typical class of clientele.

This is something that will be built upon extensively moving forward in line with the institution’s general expansion and adherence to the latest industry trends, as it looks to capitalise on the established reputation it has among its current peer group.

Pattni concludes: “In the years to come, I’d like to see the bank move into more of a mid-tier sized grouping, but all the while retaining the status of being one of the best managed institutions within the banking fraternity.

“We do see ourselves opening several new branches in the future but in line with this private banking business model. If you look at the history of Kenyan banks, many open a great number of branches in a short space of time, but Victoria Commercial Bank is now 28-years old and has only three branches.

“We’ve always maintained that we do not want to spread ourselves too thin, we want to manage things in a prudent way, and focus more in terms of quality than quantity.”