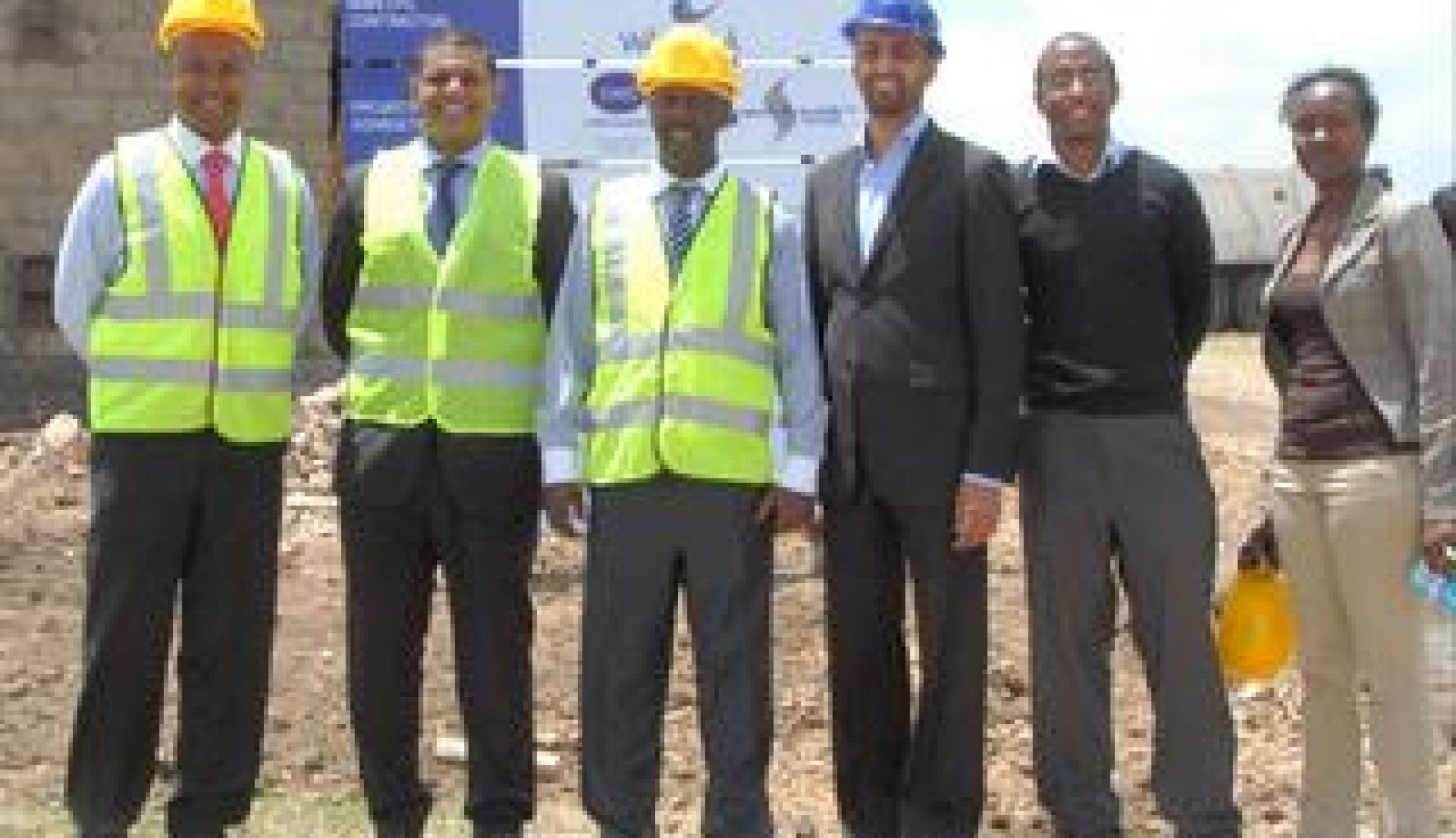 Gulf Energy Ltd., a market leader in the supply of crude oil and refined products in the East Africa region, is part of a consortium building Gulf Power, an 80 megawatt power plant southeast of Nairobi.

Kenya has a booming economy and a growing appetite for energy but has often been held back by a crippled energy supply line that is forever at the mercy of the elements and frequent power cuts.m Thankfully, Kenya’s electricity generating capacity received an 80 megawatt boost when a new private power project sponsored by local investors, namely Gulf Energy Ltd (GEL) and Noora Power Ltd, broke ground earlier this year. It is due to be completed in the next 12 months and Gulf Power (GPL), an independent power producer, will produce power from a thermal power plant in Athi River.

Gulf has signed a power purchase agreement with Kenya Power Company for purchase and distribution of the electricity it will generate and the plant is being built in such a way that it can also use natural gas – important as there are some prospects of natural gas production in Kenya. The project is one of three Independent Power Projects for which the Kenya Power and Lighting Company, the national transmission and distribution company, had sought Expressions of Interests in June 2009. The added electricity capacity will go a long way to boost power stability on the grid especially in areas around Nairobi.

“The country’s installed capacity is hugely disproportionate to the country’s potential and rate of economic growth,” says Gulf Power General Manager Norman Wanyiri. “A thermal power plant offers a great solution as high capacity plants can be set up in far less time than other power generation plants. “In 2009, the Kenya Power and Lighting Company issued a Request for Proposals for three thermal power plants. GEL saw the opportunity and incorporated a company to tender for one of the projects, GPL. GEL is the lead sponsor for the project, meaning it carries out all the groundwork including organising the financing for the project.” Agreements for the Gulf Power project were signed in March between the Government of Kenya, the Kenya Power and Lighting Company, the World Bank, JP Morgan Chase Bank N.A. of London and Gulf Power Ltd for two Partial Risk Guarantees (PRGs) for $35 million and €7 million.

In a statement, the World Bank said the PRGs are “in support of two Letters of Credit provided by the Kenya Power and Lighting Company to Gulf Power Ltd, and to be issued by JP Morgan Chase Bank for a term of more than 15 years.” “The World Bank has now signed partial risk guarantees for a third private power producer to increase the availability of electricity in Kenya, “says the bank’s country director Johannes Zutt. “Diversifying Kenya’s power sources and increasing the stability of supply are key to helping businesses to grow and create jobs for the Kenyan people.” The power project was approved in February 2012 and the total cost of the project is $108 million, which includes $32 million of equity investments and $76 million in long-term debt financing.

The debt portion consists of IFC A Loan, and commercial lending through IFC B Loan and OPEC Fund for International Development (OFID). “The Kenyan Government has developed a Least Cost Power Development Plan (LCPDP) to increase the installed energy capacity from 1,515 megawatts to 10,621 megawatts by 2031,” adds Mr Wanyiri. “The LCPDP is a great initiative because previously there was no centrally developed roadmap for energy development in the country. In addition it is regularly being updated to cater for developments on the ground. Before, the sector grew amorphously trying to catch up to the growing energy needs of a growing economy. With The LCPDP, the growth strategy is clearly defined. Plans and projections are clearly set out and available in detail to all stakeholders allowing privateers to plan on their investments in the sector. “The LCPDP sets out capacity projections per generating method, e.g. thermal, solar, hydro etc. As an investor, the capacity deficits can be calculated and one can determine the scale of possible investments and which sectors are being developed in particular. The LCPDP is a map for investment opportunities.”

Kenya’s current power generation capacity is approximately 1,800 megawatts; the new plants, further private sector participation and utilisation of low carbon resources such as wind and geothermal will increase electricity generation capacity by an additional 2,000 megawatts. “The energy sector is constantly growing,” Wanyiri says. “At less than 2,000 megawatts installed capacity countrywide, the energy sector has a huge way to go. GPL has experience in project development for a thermal power plant and so if there is possibility to grow in that segment, then GPL will certainly explore the opportunity and leverage on its experience. However, GPL also recognises the potential in renewables and thermal power plants utilising other fuels and if the opportunity presents itself and circumstances allow, GPL will be there. GPL aims to be regional force in energy production. Our goal is to be an all-round energy producer.”

Almost exactly 12 months ago, all the engines were tested ready for shipping, and GPL has secured all the necessary licences and appropriate approvals from Kenya’s Energy Regulation Commission (ERC). “Breaking ground this year was a major high,” says Wanyiri. “It was all a concept on paper until the day the excavators started churning the soil. Biggest low has been waiting to finally secure financing. But we are very close. We have grown in our efficiency in handling the myriad of administrative issues required to undertake such a project. We have been successful in developing ourselves from first timers to an experienced group of energy sector players. If the government follows through on its ideas, visions and ambitions for the energy industry, then this is by far the most exciting sector at the moment.

“The availability of cheap reliable power yields growth,” he concludes. “So in this case, I would say it is more a matter of the availability of energy that drives growth. There will always be a market for power. Any excess will yield a new consumer to take it up.”