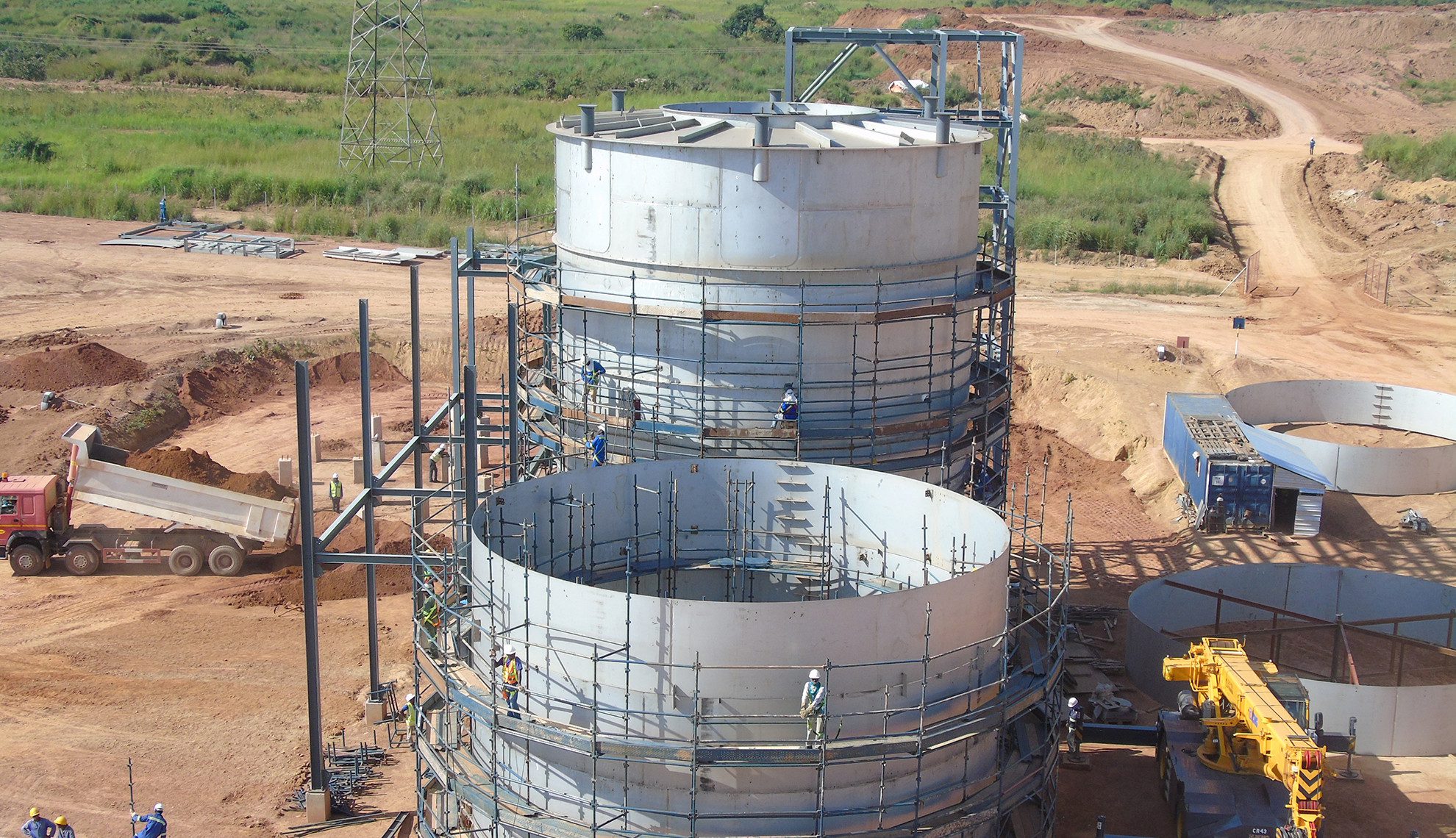 METC was established in 2017 to offer a fresh approach to engineering, procurement and construction management work, the company continuing to gather momentum thanks to a string of successfully delivered projects

It is well documented that mining, one of the world’s oldest industries, is at the slower end of the scale when it comes to embracing change.

While the process of extracting minerals from the ground has been mechanised beyond any recognition since commercial activities first began, the uptake of digital technology, for example, has taken longer than many other industries.

Another (not mutually exclusive) characteristic long associated with the sector is the relative domination of large multinational corporations up and down the value chain. Resource rich and often able to survive fluctuations in commodity prices, corporate giants’ sheer size can also come at a cost – namely in the form of agility and flexibility.

It is against this backdrop that Steve Cathey and his business partners John Edwards, Ross Manning and Nick Tatalias decided to set up Metallurgical Engineering Technology and Construction (METC) in 2017.

“We had been working together for several years and the takeover of our employer MDM by Foster-Wheeler, then Foster-Wheeler by Amec, and finally Amec by Wood, all in the space of three years, made us realise that we had to forge our own future and could not rely on large corporate companies to offer a stable future,” Cathey recalls.

“All set into taking the leap of faith, and Ross goes and resigns two months prior what the four of us agreed upon! The rest is history.”

Based in Sandton, South Africa, METC specialises in the design and building of metallurgical process plants, its team combined having worked on more than 75 such sites across the African continent throughout their careers.

Now serving as a Director at the company, Cathey explains that the old way of doing EPCM (engineering, procurement and construction management) business in the mining industry could be about to end.

“METC builds metallurgical processing plants for mines in an open and flexible environment,” he says.

“It is our alliances and contracting strategy that set us apart from other EPCM houses. We at METC believe that EPCM houses are ‘dead’, meaning that clients are seeing less and less value in these companies who simply sell hours, or bums in seats.”

An example of this open and flexible approach in action can be seen in an ongoing project for Chemaf (Chemicals of Africa) in the Democratic Republic of Congo.

Having acquired the Mutoshi copper and cobalt mine in Kolwezi in 2016, the client approached METC and Outotec for the detailed engineering and equipment supply for a 16 kt/a cobalt in hydroxide and 50 kt/a copper cathode production plant the following year.

Cathey explains: “The main objective was to design a project with minimal risk and maximised upside potential, using the significant experience of both Outotec and METC engineers in metallurgical plant design and Chemaf’s long experience in copper and cobalt plant operation and optimisation.

“With a strong team, the decision was made to commence with the project off the back of a strong cobalt price. Some steps were short-circuited and the project commenced with early works, with the control budget estimate following shortly after onsite work began, again adding value to take advantage of an early start and managing the risk thereof.

“METC signed the execution contract in December 2017 and issued ‘for construction’ earthworks drawings in January 2018 to get site staff up and running, which was a feat in itself. This was the second execution project as a new company and it quickly showed our strengths, but most importantly it also showed our weaknesses, which we started to address straightaway.”

Located in the Haut-Katanga province of the DRC, the Kipushi Project is based on the high-grade, underground zinc-copper mine in the Central African Copperbelt, a site which saw 60 million tonnes of minerals mined between 1924 and 1993.

Ivanhoe acquired a 68 percent stake of the site in 2011 and selected METC as its EPCM and early works contractor, the project currently completing the engineering and procurement stage. Execution is slated for early 2020 and will involve the development of a 105-tonne per hour concentrator and already developed underground mine infrastructure.

In South Africa, Cathey cites a second project completed with Outotec, one which he originally had an interest in while working for Tharisa Minerals.

“In 2013 I project managed a chromite and PGM (Platinum Group Metals) processing plant in Marikana, North-West Province,” he recalls.

“This is the largest chromite producing mine in the world, and recently METC was privileged enough to upgrade the PGM flotation circuit.

“What makes it even more interesting is that the worn out (7 year old) Outotec flotation mechanisms were replaced with new Metso Minerals units. The two companies have recently merged, so we essentially removed Outotec mechanisms to replace them with ‘Outotec’ mechanisms.”

These are just a handful of examples of METC’s expertise in action, a common denominator on all projects being close and regular dialogue with clients about every step of the process, including selecting suppliers.

“As we work in Africa and beyond, the customer would sometimes specify a particular supplier that has stood them in good stead in the past and we at METC would obviously honour such a request,” Cathey continues.

“However, when you frequent the local friendly grocer on the end of the street you generally buy what products are fresh and suitably priced. Being at the end of the tip of Africa, South Africa is still a strong player in the mining industry with leading edge technology in this sphere.”

Cathey also observes an underutilised talent pool, a wealth of available skills which have been on offer since the mining industry came under severe strain in the aftermath of the 2008 financial crash.

It is his and METC’s ambition to further exploit this skills base as the company gathers momentum in the coming months and years, a thought which prompts the Director to recount his own, rather unconventional entry into the industry.

“I will never forget the interview with my first boss Neil Zondtag,” he says.

“I was a graduate in mechanical engineering with honours but with not a stich of experience, and Neil was looking for a project manager to execute a materials handling plant for a brick yard. The offered salary was twice that of the going rate for a junior engineer in the mining industry – needless to say Neil listened to my illusions of grandeur how well I could design and do mathematical sums, but I could see he was not convinced.

“After totally wasting my breath trying to impress this old General Manager that ran mineral processing mines with his eyes closed, Neil asked me if the old maroon Opel student car parked in the dusty parking lot was mine, to which I answered yes.

“To what was a surprise to me, he asked if we could go and have a look at it, to which I replied yes of course, just to get out of the poorly progressing interview. He asked if it would be ok if I open the passenger door – I was getting more and more confused as to where this was going.

“He looked inside, and as any of my friends and colleagues would vouch, my cars may be dirty on the outside but inside it was as clean as a whistle. He looked me squarely in the eyes and said you’re hired!”

Cathey refers to Neil Zondtag as a standout inspiration during his career to date, a career which now concerns building METC into an asset of true worth.

He intends to do this by going against the multinational corporate grain, removing what he describes as bull**** procedures that do not add any value, a harsh but true reflection of his past experiences with larger companies.

And the environment is certainly there to thrive, Cathey concluding buoyantly: “The appetite for higher risk projects within Africa are being pursued as these mines have grades sometimes 10 times that of mines in the more established first world countries.

“With slow economic growth elsewhere in the world, the opportunities in Africa are bringing investors into the continent which presents a myriad of opportunities, not only in mining.”