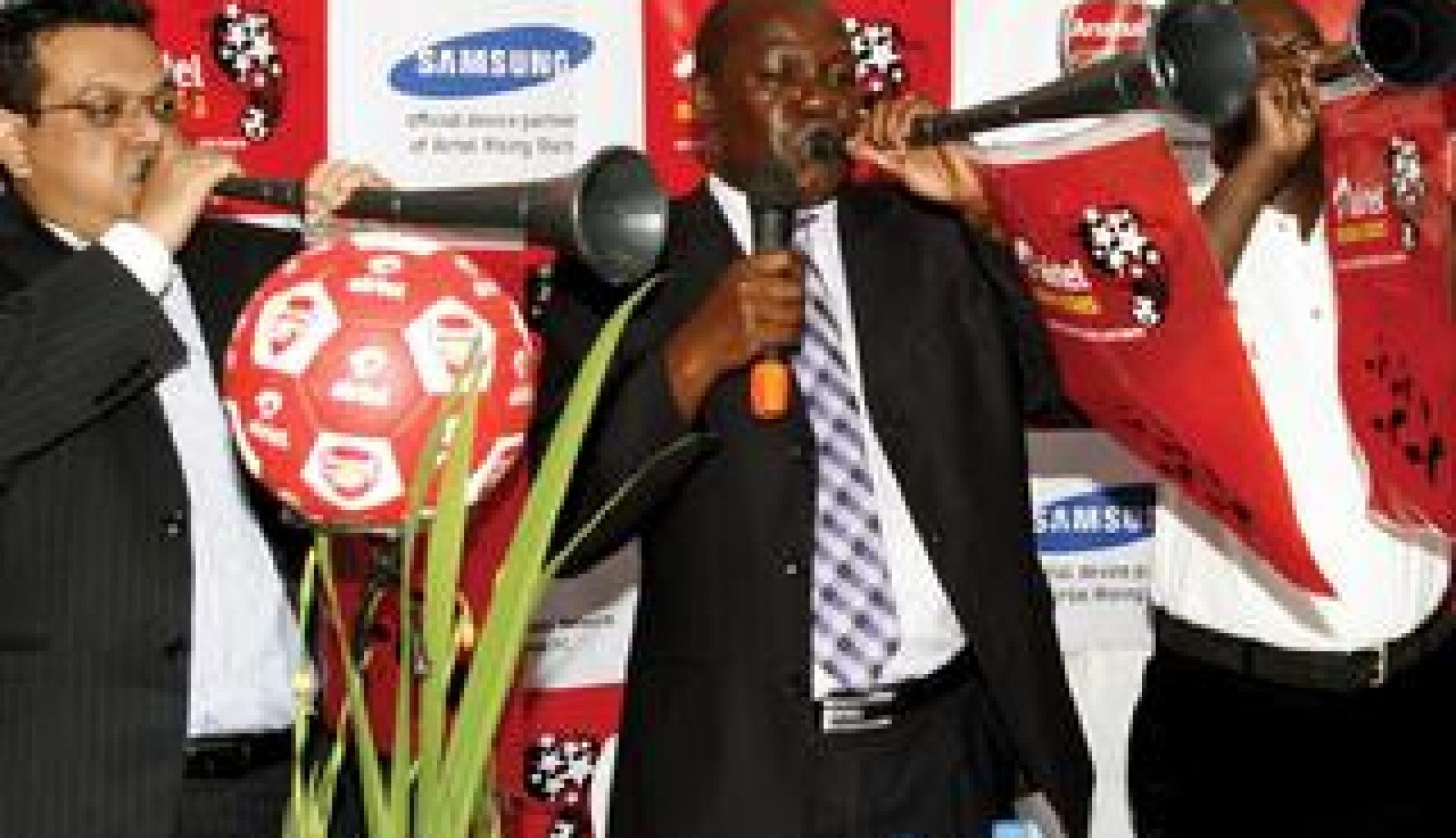 Airtel goes for leadership in Uganda

After acquiring the operations of Warid Telecom Uganda, Airtel Uganda is now hot on the heels of market leader MTN.

Airtel Uganda is owned by Bharti Airtel the world’s fourth largest mobile phone operator and earlier this year acquired the operations of Warid Telecom Uganda. It was a watershed moment, a game changer, which saw the company’s customer base balloon – after adding Warid’s customers to its books, Airtel now has over seven million subscribers. The move strengthened the telecoms giant’s presence in the country and consolidated its position in the market.

Airtel Uganda’s managing Director VG Somasekhar says: “this happens to be the first in-market acquisition in Bharti Airtel’s history. We believe this market consolidation offers great synergies by bringing together the best of Airtel and Warid to better serve customers in Uganda. Now 7.2 million people in Uganda are able to access the most affordable, reliable telecommunications services in the country and also to connect globally, enjoying the benefits of ‘One Network’ that empowers over 270 million customers in 20 countries worldwide.”

It’s fair to say the people at Airtel are happy. Ugandans are happy too.

“We have seen a strong growth in revenue from our products and the expanding client base for our data services,” says Somasekhar. “Mobile money has also been an area where we have introduced several new innovations with bank to mobile money account transfers and more pay bill options. We’ve also had incredible traction for our partnerships with Samsung, Huawei and the Ugandan government.”

With a cumulative investment of $135 million Airtel has, with the Warid acquisition, brought further investment to enhance “customer experience,” he adds. “Regarding the merger, we have gone further to harmonise Airtel and Warid call rates, products, data packs, and mobile money services increasing the value for money for Ugandan consumers on both networks.”

Initially customers were anxious about the move, something Airtel was quick to act on. “Customer anxiety was proactively addressed through consumer awareness, and deliberate interactions with all stakeholders to create a deeper appreciation of the merger,” Somasekhar explains. “Consumer awareness has been vital, answering any questions customers had – it is after all the first ever in market consolidation involving telecommunications in the history of Uganda. This merger is a key part of our strategy to deliver industry leading performance. Together, we will continue the legacy of marketplace innovation to benefit consumers. the combination of Warid and Airtel has created an even stronger force in the Ugandan telecommunications market and it has received approvals and full support from the Uganda Communications Commission. This merger paves way for heightened competition improved customer service and continued innovation driving both ICT development and economic growth.

The consolidation has already opened up opportunities, as Somasekhar continues. “our integrated distributors and mobile money agents are expanding their businesses. they are now serving more than seven million potential customers looking to buy phones, airtime and SIM packs. This is a large expansion opportunity to most of them as they see more volume and value in their businesses.

“This merger has provided Airtel with an opportunity to reach Ugandans from all walks of life, whether they are in urban, rural, remote, or central areas. Furthermore, they will benefit from Airtel’s ‘One Network’ across 20 countries and get access to innovative products and roaming benefits in the near future. With Airtel and Warid customers being able to call each other on net rates, we have created a big happy family of 7.2 million people enjoying affordability and innovation.”

Airtel’s main consideration in making the acquisition was that it is in line with its vision of being “the most loved brand in the daily lives of Ugandans” and Somasekhar believes that by acquiring a network like Warid, which had managed to establish itself as a favourite for many Ugandans, “we would be able to spread out and touch lives of more Ugandans making us the number one brand and network of choice”.

“What does the Warid acquisition mean in the context of the wider industry? well, it will create a superior and wider network and will see Airtel invest more in key areas such as technological innovation and customer service,” he says. “Specifically for Warid customers, they are able to enjoy the benefits of the one Network with lower roaming rates across Africa and south Asia that other Airtel consumers globally have been enjoying such as the widest
3G coverage, Blackberry services and superior roaming services.

“Through this investment Airtel has demonstrated its commitment to Uganda that Airtel has come to Africa to invest, and grow while contributing to the continent’s economic and social development.”

Somasekhar says the merger made extremely good business sense, “creating a level playing field”. For the economy too there are the “medium to long term revenue inflows of taxes to the exchequer from the sector and overall development of the ICT sector,” he says.

Airtel is positioned well for the future and it expects a bright one, Africa being the fastest growing mobile market in the world with almost 20 percent annual growth over the past five years. Indeed, the continent is now the world’s second largest mobile market after Asia with a total of almost 650 million users and with these kinds of figures it is easy to see that there is huge potential in Uganda.

“The telecommunications sector is continually growing in terms of product and service innovations and especially in Africa,” says Somasekhar. “Our focus is very much on high-quality service provision and increased penetration. It’s not good enough anymore to be reactive to some perceived demand. the opportunities in the industry lie in being proactive; in developing and providing product solutions and services which are compatible and relevant to our market’s needs. As a company those are the key areas where we will be growing and improving the business.

“Over the past year, including the acquisition of the merger and SIM registration process, we have hit the ground running expanding the business. One of the ways has been to open new branches: a Premium Centre in Buglobi was opened with more retail outlets following regionally. Just weeks after the merger announcement a stream of new products and services were rolled out for call rates with the Bang mob kb, competitive international call tariff s, transfers between Mobile money accounts and Equity Bank, smart Internet Packs which start from as low as 500sugx have all been introduced. all these areas have been exceptionally strong for us and we have taken huge strides in ensuring a seamless transition during the merger period for consumers. we have had an extremely good year.

“Going forward, in addition to expanding mobile money services and providing competitive call tariff s one of our big growth areas will also be in data penetration escalating regionally and with quality innovations and improved technological capabilities for our subscribers.”

Airtel will be looking to invest more in key areas such as technological innovation and customer service. Already it has introduced new data packs, international calling rates and opened up more premium centres to serve high value customers.

“Mobile phones have completely revolutionised the way people do just about everything,” concludes Somasekhar. “We are really excited about the months ahead and we are focused and working hard on some amazing new products that we will introduce in the months to come and across 2014.”