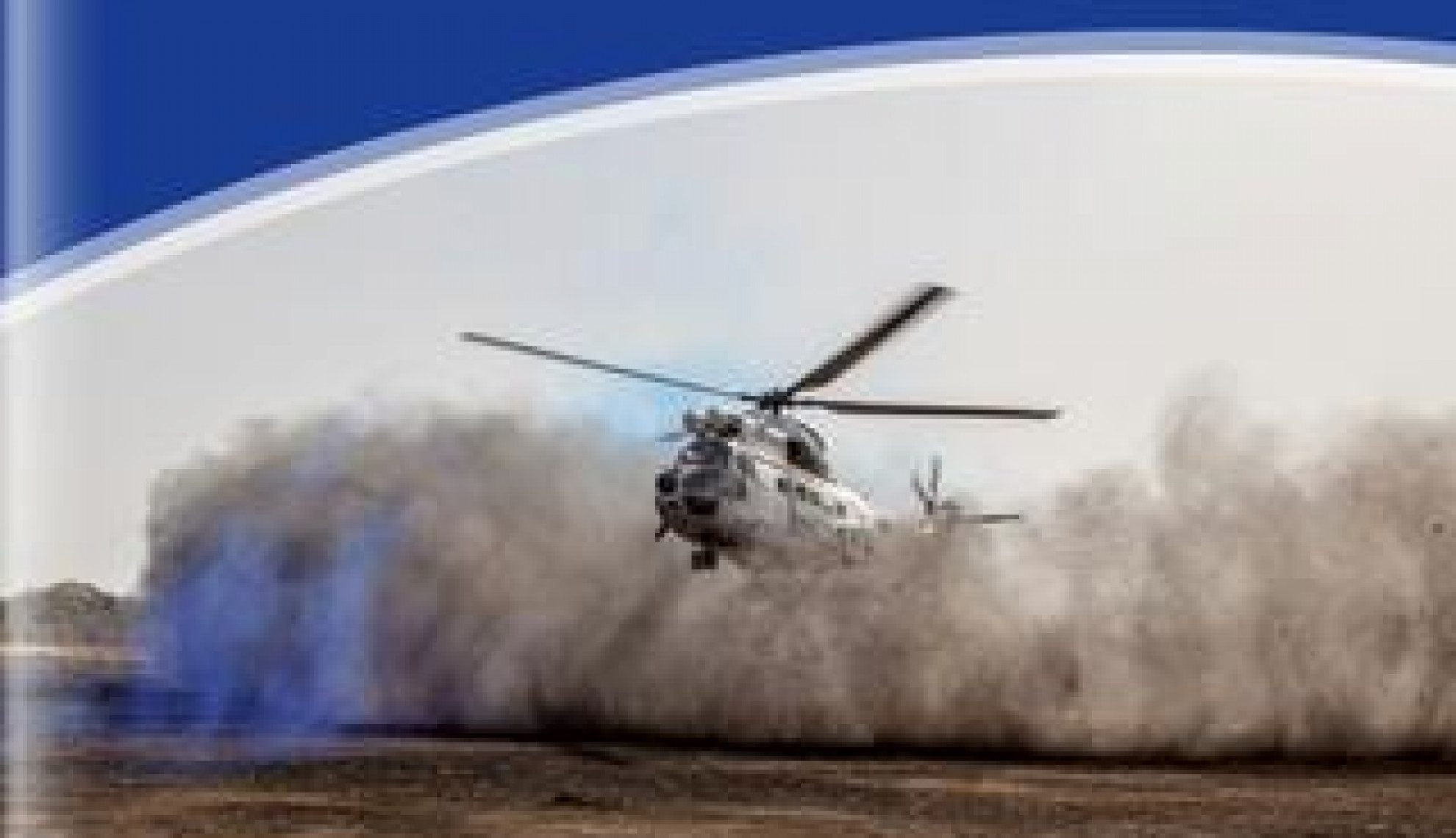 From its extensive humanitarian work to operating in high pressure environments, Starlite Aviation is helping to enable development across Africa and beyond with its airborne expertise

The turn of the millennium was met with optimism around the world, offering the prospect of a new era that would see global efforts to tackle global issues.

However, in Mozambique, such optimism was sadly stunted just two months into the year.

As the entire African continent began to witness torrential rainfall beginning February 8, Mozambique was hit particularly hard, resulting in widespread floods across the country that led to more than $500 million worth of damage.

Maputo, the capital, was quickly waterlogged, and by February 11 the banks of the Limpopo River burst, causing serve damage to the surrounding region.

Added to this, the country was then hit by a tropical cyclone along its coast on February 22, while flash floods began to overwhelm low farmlands around Chokwe and Xai-Xai five days later. By all accounts, the unrelenting 2000 floods were some of the worst on record in Mozambique.

Many were made homeless, 1,400 square kilometres of arable land was affected, and 20,000 herds of cattle were lost to the destruction.

There was, however, a silver lining to the black cloud.

“The Company was awarded its first contract in 2000, providing helicopter emergency medical evacuation and transportation of food and medical supplies to remote areas, in support of the Mozambique floods that devastated the country,” states Lynne Ross, the firm’s Communication Executive.

“It was to be the first of many contracts and the benchmark for the delivery of a superior service on a global scale,” adds Starlite Aviation’s Director of Operations, Fiona McCarthy.

The tsunami which hit Indonesia in 2004 saw Starlite being awarded a contract for the aftermath ‘clean up’ operation, and transportation of medical and food supplies to survivors displaced by the devastating natural disaster. This was another milestone for the Company and the beginning of many global rescue, relief, transportation and medevac contracts.

The subsequent two decades that have followed have seen the firm become renowned for its first-class abilities in providing unrivalled call to action services, facilitated by the rapid mobilisation of its aircraft in remote and hostile areas globally.

Rising to the pressure

In working to help tackle leading global issues with its expansive capacity, from anti-poaching to humanitarian relief to medical emergency services providing intensive care treatment, Starlite has become adept at operating in high pressure environments where lives are often at risk.

Such is evident where the Company provides dedicated medical emergency services with two heavy lift helicopters and one twin turbine aeroplane in Mali. This contract started in 2013 and has continued to grow each year.

“Operating out of Bamako, Mali in harsh conditions has brought with it many challenges,” explains McCarthy. “Starlite’s abilities have been put to the test and we have successfully set up a fully functional operational base providing 24-seven medical coverage, including a maintenance facility which provides all inspections and checks on aircraft as well as deep level maintenance capabilities if required.”

“Here, the contract is 24-seven and aircraft fitted with Night Vision Systems require just 30 minutes notice to move for any emergency, something Starlite has successfully achieved since 2013.”

Equally, alongside its extensive work during the Mozambique floods, 2014 saw Starlite mobilise one of its Bell 412 aircraft for the United Nations World Food Programme during the height of the Ebola crisis.

“Stationed in Monrovia, Liberia, the aircraft flew over 220 hours and was equipped with an IsoArk kit to transport patients, and procedures were implemented with the assistance of Starlite’s medical staff to ensure that the safety of the crew was maintained with the risks associated with this type of operation,” reveals McCarthy.

The Company’s areas of expertise extend to oil & gas support, providing a perfect record for transportation and medevac standby, complex marine salvage operations, surveillance and powerline inspection and effective results in the fight against poaching.

For example, Starlite has recently signed a joint venture agreement with GEPetrol in Equatorial Guinea, providing helicopter services in its coastal waters and supplying HEMS and search and rescue services. Additionally, this will see Starlite training local crews in such operations, from example, pilots engineers and other staff that are required in the oil & gas industry.

Working to suit the requirements of any clientele, Starlite has successfully been able to penetrate a variety of new markets, driven by its stellar reputation, competitive strategies and the monitoring of key trends.

As analysts predict that the global social, economic and political climates will become increasingly turbulent in the coming years, Starlite works to ensure that it is ready to deal effectively with any challenging developments through its adaptable, resourceful and flexible culture.

Equally, as a company operating in highly specialised environments, Starlite continuously bolsters its employee base through several different initiatives.

In maintaining its high self-imposed standards, the firm has established a number of key industry-leading partnerships with aircraft providers, reinforcing its status and ensuring that it has the best personnel for the job.

“We view our staff as our most important asset,” says McCarthy. “Each and every person, from our office staff to our frontline personal, is an important part of our delivery chain.”

To this end, Starlite runs its own Aviation Training Academy, offering government contract and civilian helicopter and aeroplane pilot training programmes for various aircraft, including those of Robinson, Guimbal Cabri G2, Bell and Airbus.

“The training academy offers superior ground school and flight training technology transfer of the highest standard,” explains Ross. “Student pilots enjoy a holistic approach where each individual is viewed as being unique and graduate with a career path set for success.”

Upcoming developments will see its Mossel Bay academy set to be upgraded in 2019, with the new build including a student campus that houses up to 200 student pilots. The new state-of-the-art facilities will include lecture theatres, a medical centre, sporting venues and accommodation, whilst the building itself will be run entirely off the grid using solar energy and other renewables.

Looking at the bigger picture, the success of Starlite’s academy and the business’s wider employment practices are showcased by the firm’s high talent retention percentages. Today, many of the firm’s key performers are working on global contracts or hold key management positions, testament to the strength of both Starlite’s training agenda and its best-in-class employee base.

Offering ample opportunity for substantial personal development and career progression, Starlite is proud to say that many of its staff have been with the Company on a long-term basis.

Reaching for the sky

Although its employees are central to the good work that Starlite offers, the Aviation Training Academy is only one segment of its investment plan.

Catering to the demanding sectors that it serves within, the firm readily aligns many of its extensive and sound investments to better its existing services.

One such example is a recent project completed with Spectrum Aeromed that has seen the development of a helicopter and fixed wing ICU platform, capable of dealing with two patients, fitted with emergency medical monitoring equipment such as a ventilator, syringe divers and a defibrillator.

“This has been extremely beneficial where time is crucial to a positive outcome in the case of an emergency rescue, particularly when it has been required to be carried out at night at added risk,” says Ross. “Starlite’s sophisticated Night Vision Systems, which have been in use for the last eight years, allows for safer night flying when clear visibility for medevac operations is required.”

Further, similar emphasis is placed on its own safety systems, alongside improving its health and safety offerings for its own clients.

The Company also introduced the supply and assembly of mobile aircraft hangars, allowing the firm to undertake quality compliant maintenance in remote locations.

The same approach is taken in regard to Starlite’s leading corporate social responsibility practices that integrate with the firm’s training policy.

“Internships are granted by the Company to upskill disadvantaged and handicapped locals to ensure their marketability in the workplace,” says McCarthy.

However, Starlite’s CSR is not limited to upskilling, and takes a number of different forms.

“As part of our commitment to social economic development, the Company supports the ‘Seed of Hope’ in KwaDukuza, South Africa,” McCarthy reveals. “We have a long-standing relationship with the organisation and the community, and in an effort to reduce poverty and unemployment, our donations have assisted the community with education, feeding schemes and establishing sustainable vegetable gardens.

“Starlite also contributes to local charities as and when the need arises, providing food parcels, water and blankets to stricken areas or monetary donations, as was recently the case in South Africa when a local children’s home was damaged by fire.”

Working to serve a number of humanitarian-centric industries, it is clear Starlite recognises the potential benefits that it can bring to local communities and populations in carrying out such work.

“There is much work to do on the African continent, the Middle East and in fact globally, with regard to rescue and relief, air ambulance, and passenger and cargo transportation,” says McCarthy. “Starlite’s 19 years’ experience in these regions and extensive global footprint and wide-spread presence on the African continent provides the assurance that the Company is poised and ready to fulfil any contract, regardless of the complexity or challenging environment worldwide.”

Looking ahead, despite having already established itself as a reputable humanitarian provider and a supplier of aviation services, Starlite hopes to further bolster its presence through expanded operations and training.

Ross concludes: “We hope to increase our reach even further into Africa, providing medevac standby and passenger and cargo transportation to the most remote, inaccessible and hostile areas. Ultimately, our goal is to become the service providers of choice to governments and corporate clients, and provide support in unstable and unpredictable environments globally.”