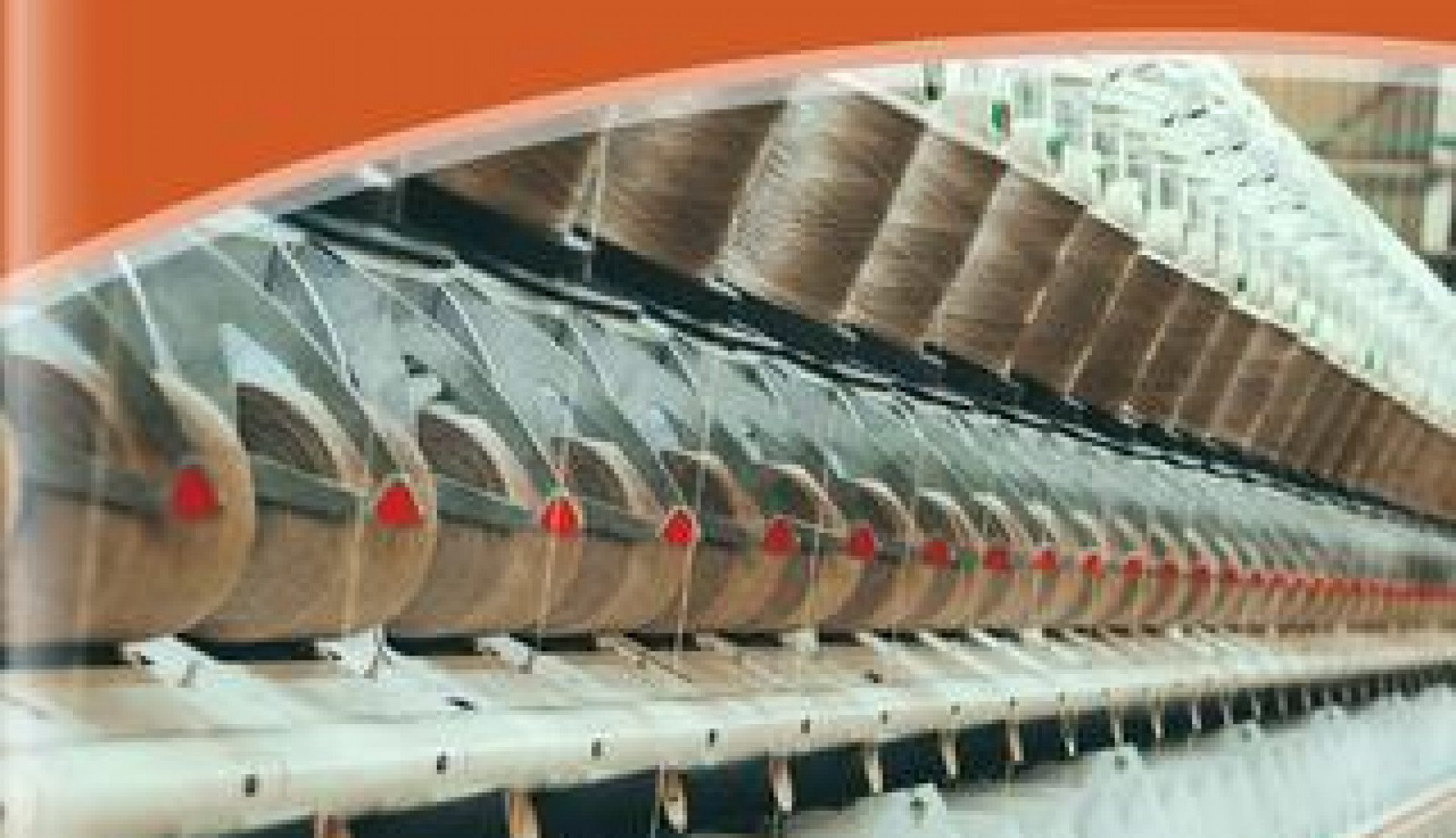 Belgotex, South Africa’s leading manufacturer of carpets and artificial grass, is embarking on a cultural revolution as it seeks to positively influence society

Unless humans start walking on ceilings, there will always be a demand for flooring,” says Edward Colle, CEO of Belgotex, one of South Africa’s largest producers of vinyl floors, carpet and artificial grass.

“Providing we are ready for disruption, open to experimentation and optimistic, I think we can double our business over the next five years.”

This would represent some spike in growth for the division of a family business set up by Colle’s grandfather more than 50 years ago. From a humble producer and seller of raw materials to conglomerate manufacturers, Belgotex has transformed through the decades into a one-stop-shop flooring operation, supplying residential and commercial customers all over South Africa.

But the Company’s remit now stretches far beyond growing profits and building out its footprint, already a formidable one as a member of Belgotex International, home to seven companies spanning four continents.

For Colle, the past two years have been about serving a wider, more important purpose. “Society all around the world is dysfunctional, and South Africa 24 years on from gaining democracy has not made the progress it should have done,” he says. “There is a lot of blame, but somebody needs to do something about it.

“For me this is our core purpose. Yes, we create products, make our margins and pay the bills, but what is our purpose? We have 750 employees, a melting pot of diversity. Let’s have our own discussions at work and create our own little society. If we can do this then I believe our business can have an impact.”

Materially, Belgotex has also had to move with the times. Although carpet still represents the lion’s share of business, with hospitality being a key area of focus moving forwards, the firm has had to diversify its offering into the likes of vinyl and artificial grass to ensure longevity and keep up with consumer demand.

“The evolution into three main product areas is due to trends in the industry and market changes over a prolonged period,” Colle says. “When we first started up 30 years ago the carpet sector was enormous, probably around 80 percent of total flooring.

“As market dynamics have changed, the carpet industry has contracted and therefore we’ve had to diversify into other areas. This said, carpet still provides two significant lines of business in commercial and residential – two very different products and applications.

“The commercial space is still very active because of the benefits it provides regarding acoustics, air quality and warmth. In the consumer space, the sheer variety of offering has caused the carpet market to shrink.”

Demand for artificial grass, whether it be the in the sports and landscaping arena, has gathered pace over the course of the past decade or so.

“I would say the past five years especially have seen artificial grass gather good traction,” Colle adds. “It has been around as a category for a while, and AstroTurf the brand initially had a first mover advantage.

“On the sports side, we have partnered with a European entity which we represent in South Africa by producing and installing under license. We offer a turnkey solution in this area – we have the bulldozers and the engineers to carry out projects from start to finish. From a technical knowhow point of view, we use the same machinery as we do for carpet. It has been a fairly natural plug and play for us.”

This diversification in product offering has been underpinned by a reemphasis of company values, with Colle stating the importance of courage, focus, togetherness and generosity in the day to day operations of employees throughout the whole organisation.

“We have an old school, fairly asset heavy business model and in order for us to remain relevant we need to see what the next 10 years look like,” Colle says. “A lot of the change we are going through allows us to do that, and with that we want to create a brand, speak to people and have meaningful conversations.

“We are focussing on the human trends – what are people wanting, when are they wanting it. Our job is not done when a product comes off the machine. And it was my first two years at the business, working at the machines on the frontline, that were arguably the two most useful years in terms of identifying how we can culturally adapt to ensure fairness throughout the organisation.”

Beyond investing in state-of-the-art machinery at its manufacturing facilities, one of the most significant resourcing commitments made recently has been in HR. The department now holds a place on the Company’s board, while internal communications has also been pushed high up the agenda.

Further, Belgotex has been working with external professionals during this phase of cultural revitalisation. “We have called it living our DNA – it goes beyond creating a document in our bottom drawer,” Colle adds.

With Colle having been inspired by his parents to immerse himself in the family business from a very young age, Belgotex itself also benefits from its parent in the form of Belgotex International, which has been in operation for more than five decades.

Such a presence has boosted Belgotex in South Africa. For instance, in the vinyl category, Belgotex imports products from around the world, including from its sister organisations, allowing it to play a leading distribution role across the country.

“I am a third-generation family member in the Company,” Colle says. “My grandfather started up a group of companies in Europe during the course of the 1950s and 1960s – he was an incredible man and wanted to basically floor the world.

“He had six children and when they grew up he sent them all over the world and that is how my parents landed in South Africa 35 years ago. From here we’ve set up in Brazil, New Zealand and Australia and have sales offices in India and the Middle East.”

The CEO is also determined to make a positive ecological impact on South African society.

“We have done some really exciting stuff on the sustainability side of things so far,” says Colle. “This not only has a positive impact environmentally but also for our bottom line – we are able to reuse and repurpose more resources than ever before.

“But we don’t want this just to benefit us. We are living in a fragile environment and if we are to make a meaningful difference we need to share our IP with others, even companies in our sector. We are proud of what we have done so far and welcome anyone to come in and see for themselves.”

The numbers back this up. By embracing change in its traditional manufacturing process, Belgotex has been able to repurpose harvested rainwater and reduce overall water consumption by 35-45 percent since 2015.

“We used to send out a lot of waste material to external waste converters, but now almost nothing leaves the factory apart from canteen waste,” Colle says. “This all helps to add an authenticity to the Company, and the future consumer is certainly going to be sensitive to these issues.”

Such investment in sustainability has been enabled by an altruistic family-backed leadership – Colle’s parents have not taken a dividend out of the business for 32 years; the funds instead being channelled back into the organisation.

Another vital component in ensuring Belgotex enjoys another 35 years of success is investment in human capital, with BEE becoming a particular focus for Colle and the family business.

Examples of this include a plan to establish a shareholding system, while a specialist BEE team has been set up to scrutinise the Company’s supply chain network, shifting suppliers to local providers if the price and quality is up to standard.

“We are also focussed heavily on upskilling our own team of employees, readying them for industry 4.0,” Colle adds. “For me, success on this journey looks like employing double the amount of people and making a difference to more lives. But there are challenges, and there is a fascinating discussion to be had about the role of automation, a moral discussion more than anything else.”

Beyond changing lives through direct employment, Colle also details ways in which Belgotex is investing in its surrounding communities.

“We are heavily invested in a food security programme, so much so it has the potential to become a shareholder in the business,” he explains. “We live on some of the most fertile land in the world but are a net importer of produce – this is ridiculous situation we find ourselves in. The population growth forecast for Africa is incredible, and we need to produce much more food to sustain it.

“We have a piece of family land near Durban that we want to open up to the local community to grow produce and train people in how to grow sustainably. Once it’s up and running it will be a great example of how the private sector can connect with the community to make a real difference.”

Another programme being keenly supported is the development of early childhood development centres through provision of Belgotex products to help upgrade facilities across the country.

From its internal cultural transformation to sustainable investments and care in the community, Colle and his team’s work is ultimately motivated by a love of country.

He concludes: “There are many challenges in South Africa at the moment, but I firmly believe the opportunities are greater. We all love this country, but we have to collectively believe in ourselves.

“For us, the business and the people in and around our business is our life. I have officially been on the payroll for 10 years, but it feels like I’ve been involved for all 31 years of my life to date, and long may that continue.”