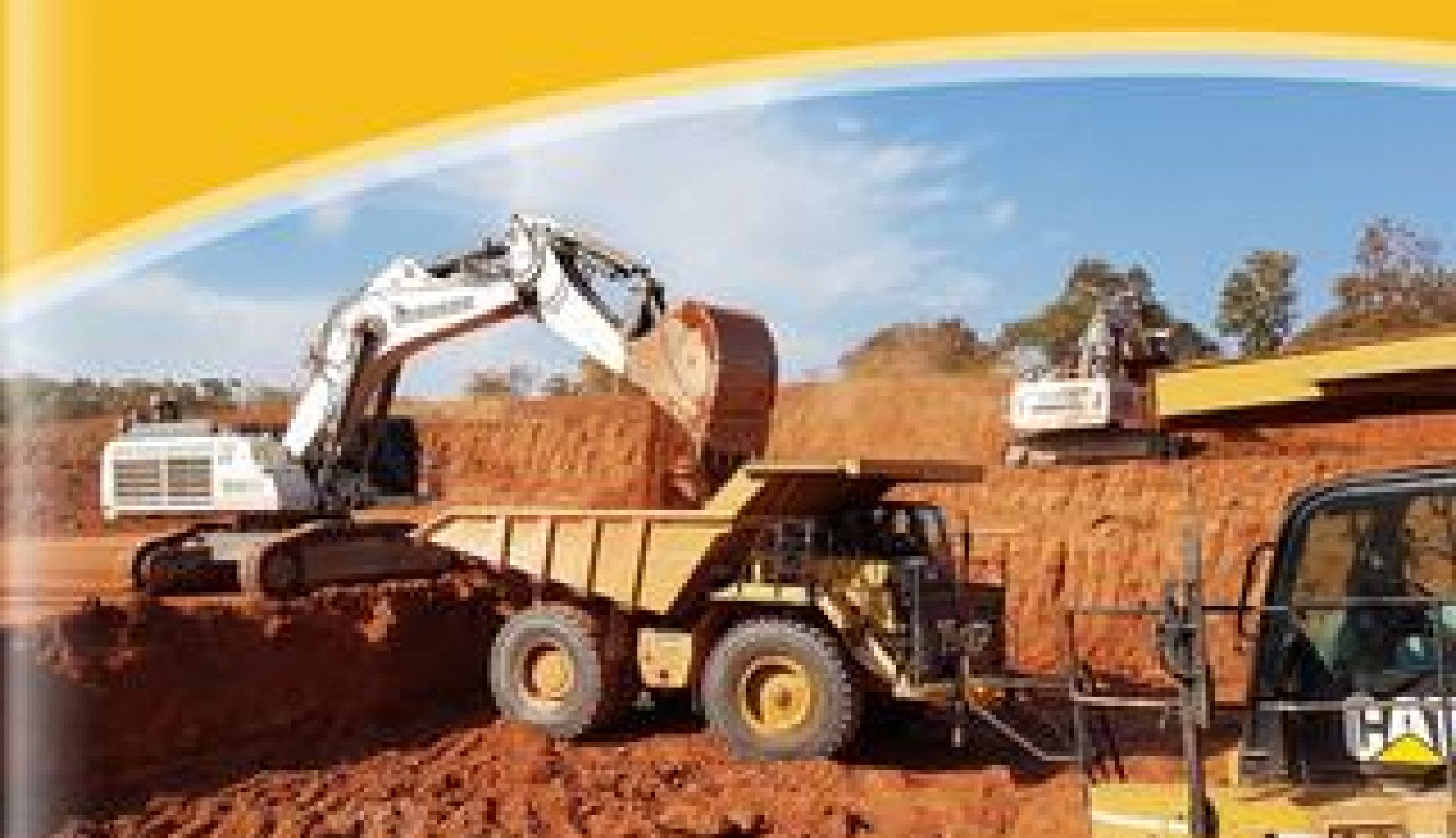 With a further 5,000 kilometres of exploration ground in Mali and Liberia, and revenues building, Hummingbird Resources looks forward to a busy and progressive 2018

Since inception in 2005, Hummingbird Resources has successfully transitioned from a pure exploration operator to a multi-project entity thriving in the fastest-growing gold region in the world; the Birimian Greenstone Belt.

In little more than a decade, the development and production Company has evolved exponentially to now boast a 6.4 million ounce (oz) gold inventory; complemented by a mineral footprint that includes one producing mine in Mali and significant expansion potential.

“This is in addition to the largest gold resource in Liberia which is currently at feasibility stage,” picks up the brains behind Hummingbird’s origins and subsequent growth, Dan Betts. “In terms of our project portfolio now, Hummingbird owns 80 percent of the producing Yanfolila Gold Project in Mali, with the Government of Mali owning the remaining 20 percent.” Production commenced in December, 2017 on budget and on schedule and we are currently ramping up to commercial production, which is expected by the end of Q1 2018.

“Yanfolila is expected to produce 132,000oz of gold in the first full year of production with very low cash costs of US$700 per ounce and there is significant upside to the current life of the mine.”

Inevitably, much of Hummingbird’s recent efforts have been directed towards Yanfolila as the fastest route to cash-flow, but the Company is by no means a one-trick pony, as epitomised by its aforementioned, adjacent 80 percent ownership of the Dugbe Gold Project in Liberia.

Betts continues: “Dugbe is a 4.2 million ounce gold project which is at the Definitive Feasibility Study stage following robust economics indicated in a PEA in 2013. It provides scale and significant longer-term growth potential.

“Additionally, Hummingbird has a 34 percent shareholding in AIM-listed, Cora Gold which is a West African gold exploration company and provides potential nearby satellite deposits for Yanfolila.”

Such a portfolio after just 12 years of development is testament to the proactive, flexible and knowledge-driven approach of a business that spent a number of years exploring the Liberian jungle as a private company, as it assessed the best route forward. Later listing on the London Stock Exchange in 2010, Hummingbird went on to act upon the 800,000oz of gold discovered at the Dugbe site, before further exploring and developing the deposits which now exist as a large open-pit gold project with a 4.2Moz resource.

Meanwhile, “in Mali, we acquired an excellent asset from Gold Fields”, Betts recalls. “Following a well-timed acquisition we successfully right-sized the project to a one million tonne per annum mine, and following optimisation initiatives which indicated that we could deliver a highly profitable, high-margin, high-grade open pit mine.

“This enabled us to successfully raise US$75 million to fund construction and we subsequently brought Yanfolila to production on budget and on schedule.”

Hummingbird’s capitalisation of both sites epitomises the Company’s ethos of hitting opportunities and problems head on and with open minds in order to find optimum solutions; leveraging a team that comprises very experienced engineers and geologists as well as more business-focused personnel to ultimately create a blend of ideas and inputs from a project perspective.

“Optimisation and growth have always been integral parts of our strategies for our projects, both from organic exploration and by acquiring a development stage project; further unlocking the value and progressing them up the development curve to production as we have demonstrated in Mali,” Betts explains. “When we acquired Yanfolila from Gold Fields in 2014 it was targeted to be an 80,000oz per annum project, but we completed drilling and optimisation initiatives and as a result we are now on track to produce 130,000oz in our first full year of production and 107,000oz per annum over the life of mine.

The optimisation doesn’t stop there either, as Hummingbird now focuses on bringing the higher-grade resources near its CIL plant into the mine plan, with a view to increasing the life and production rates of each mine.

Betts adds: “In the same vein, in Liberia we were the first company to carry out systematic exploration which resulted in us growing an initial discovery of 0.8 million ounces into a 4.2 million ounce deposit after only three drill campaigns. We are currently evaluating options at Dugbe which have increased immeasurably by a combination of higher gold prices and us now being a producing company.”

Now that Yanfolila is a fully-fledge producing mine, Hummingbird can turn its attentions to building up to commercial production and to aspects of lifecycle optimisation. The Gonka deposit located just five kilometres from the Yanfolila processing plant is a prime example, with the potential to add 30,000oz each year for six years to add an extra US$24 million to the NPV, by adding high grace ounces into the mine plan from year three onwards.

“We also have more than one million ounces currently outside of the mine plan and there is underground potential at Yanfolila once the open-pit is complete,” Betts continues. “In addition, Cora Gold (in which we have a 34 percent interest) is currently drilling assets within truckable distance of Yanfolila which could provide satellite deposits for the site. With a further 5,000 kilometres of exploration ground in Mali and Liberia and revenues building, we certainly have enough to keep us busy during 2018!”

As Hummingbird engages in the ramp-up at Yanfolila and the upside of its large resource in Liberia, there is always still one eye kept on lookout duty for any future, potential opportunities on the horizon.

Betts emphasises that not a month goes by without considering an additional project: “It’s by turning over 100 stones that you find what you’re looking for.”

An apt metaphor in the mining domain, such a philosophy is applied to both exploration and business development in this case, and by being so completely aware of its surroundings, there is also a more concerted understanding of how the market is moving or may move in the future.

Betts adds: “We can’t control how the market moves or the industry shifts but what we can control is our operating costs and we do so by maintaining a strict discipline to operate at the lowest possible cost. Therefore, reinvesting wisely to add value and offer shareholders optimum returns is our focus. We are a business first and foremost but one that operates in the gold industry.”

The Company’s board and management team consequently contribute acumen across business and mining in equal measure; the latter expertise deriving from a track record of mining discoveries across 61 different projects in Africa. On the ground in Mali alone, around 750 skilled and knowledgeable individuals strive to make a positive impact during steady state production, and not only that, but they are almost entirely locally sourced too.

“We aim to hire quality local personnel and help advance their careers through training and internal promotion,” Betts affirms, “as a business grows on the quality of its staff, we are always looking to hire the best quality personnel into all roles”.

He continues: “Hummingbird is a Company run with a young and hungry team who want to grow the business and are all committed for the long-term. From a corporate perspective we have been very successful at attracting capital in bad markets and we are now well set in a stronger gold price environment with a newly operating asset.”

Yanfolila is thriving as a low-cost and high-grade open pit operation comprising one of the highest margin gold outputs in West Africa; while Hummingbird’s 4.2 million ounce Dugbe project in Liberia, which contributes significant exploration upside, isn’t even factored into the Company’s share price as of yet – all signifying an even more exciting decade of growth to come.

Betts concludes: “In the future I would like to report that we are a multi-mine company focusing on low-cost production, offering excellent shareholder returns: A Company that is proud of its culture, invests in its people, and the communities that it works within.