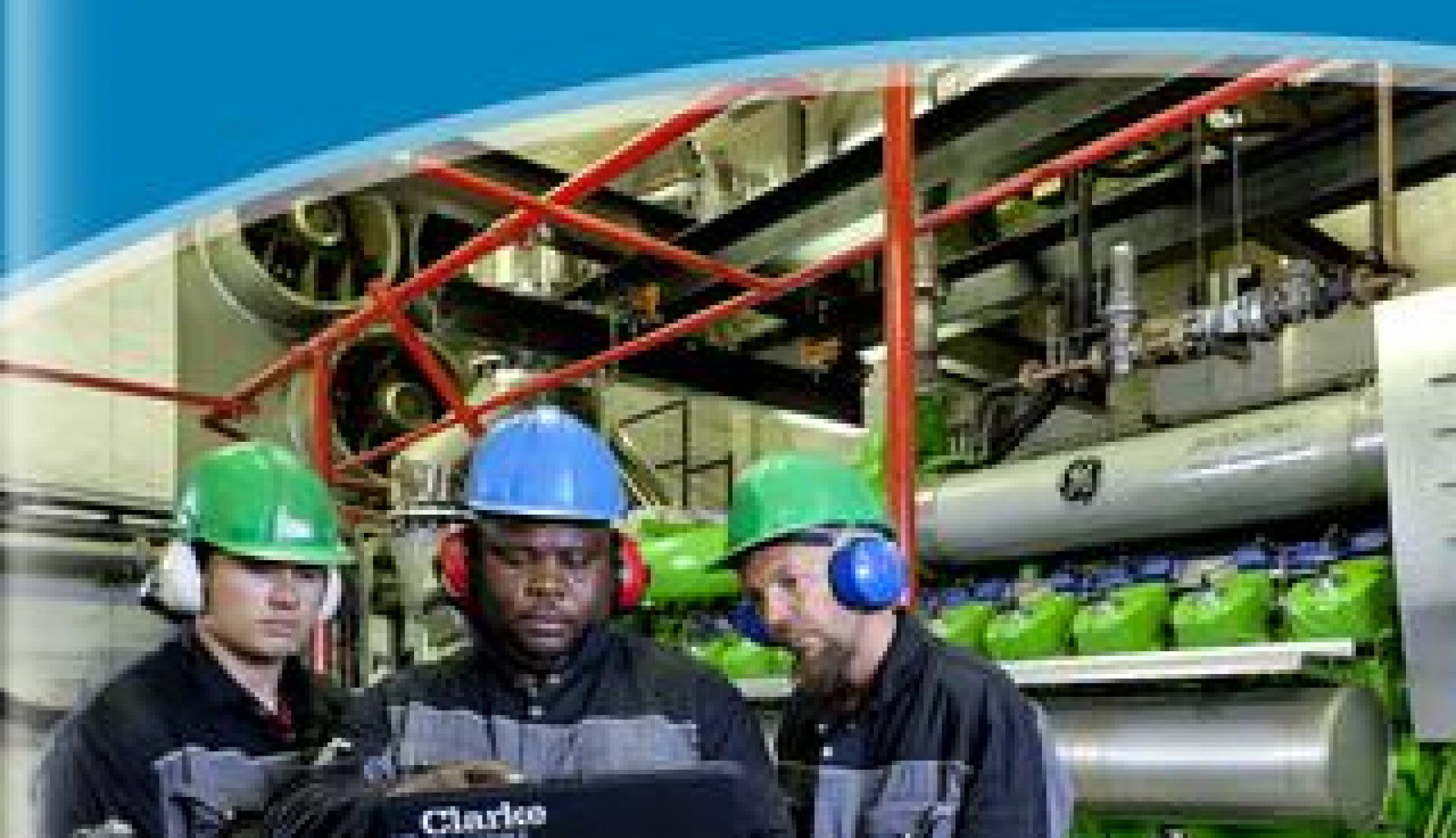 Clarke Energy is a global gas-to power generator and power plant business with hubs across Europe and Asia, but it is in Africa where its innovative and market-leading model is set to make a widespread, sustainable difference

Clarke Energy prides itself on an almost unrivalled capacity to utilise gas for power generation, and on no other continent is such acumen more sought-after and applicable than in Africa.

Renowned for its work in embedded power generation – incorporating the installation and after-sales support for gas-fuelled generating sets – the UK-based entity had already affirmed its position as a market-leading innovator over the course of its 28-year history; but this influence is about to be taken to all-new powerful levels from 2017 onwards, virtue of its acquisition at the hands of US heavyweight, Kohler Co.

“The family-owned business has been servicing gas engine gensets across the world for more than 28 years, our typical projects ranging from half a megawatt to 100 megawatts. Over the years, we have worked in conjunction with gas engine manufacturer, designer and producer, Jenbacher – who were acquired in the mid-2000s by GE – and we have grown both organically and through acquisition,” introduces the Company’s Group Marketing and Compliance Director, Alex Marshall. “However, in February of this year, we ourselves were acquired and we are now part of the Kohler Company, one of the US’s largest private organisations.”

Inevitably, such backing will go a long way in facilitating Clarke Energy’s vast international expansion plans in the years to come, and Africa – already its largest region in terms of footprint – is likely to feature prominently within this strategy.

“We entered Africa through Nigeria in 2002, offering the first gas engines anywhere on the continent at that point,” Marshall explains. “Initially this was on a basis of business opportunity, and from our experience of working in Nigeria on diesel generator sets, we have evolved over the following nearly 20 years, operating through a series of hubs.

“We have one in West Africa in Nigeria, one for Southern Africa in South Africa, one in Tanzania for East Africa, and one in Tunisia for North Africa. These are complemented by branch offices in Algeria and Cameroon”

Not only effective from a footprint perspective, such tactical saturation acts as a natural expansion  and follow-on from its peripheral presence in the UK, Ireland, France and India; each nation and region providing a linguistic and cultural initiation for works in each of Africa’s four diverse corners.

However, for each said corner – and indeed the rest of the world – the model remains the same: to supply generators, and achieve high levels of running time/availability for the generator courtesy of quality installations and superior after-sales support.

Clarke Energy’s core approach has revolved around this customer and project-focused notion since day one, and for a continent where ongoing education, infrastructure development and social enrichment are critical, the Company has always seemed a natural fit.

Country after country, the business has migrated, being awarded distribution rights in each nation in turn, and subsequently striving to build – often from the ground up – power infrastructures conducive to the installation of generators.

“One of the major challenges in Africa is the gas distribution network,” Marshall elaborates. “A lot of our projects are linked to gas and the gas distribution network, but this network is somewhat limited on the continent. There are a couple of examples like Tunisia and Nigeria where the situation is improving, but there are still vast pockets where they are looking to develop projects but the infrastructure speed is slowing progression.

“Similarly, the speed of bringing gas into the pipelines is too slow in many places so even where there is an established network, there are still limitations on the amount of gas and physical molecules available within the pipeline.”

Clarke Energy has proved itself as a key protagonist in plugging these gaps in recent years, with the likes of Ghana, Cameroon and Tanzania all showing signs of improvement as a consequence, but the responsibility also lies with the Company itself to be proactive and to find alternatives, rather than simply waiting for the existing environment to catch up.

“As well as natural gas, we also do renewable gas so looking at biogases – gas from waste- and we have developed projects along these lines,” Marshall continues. “One in Morocco was for a landfill gas and sewage works, while another has taken place in Kenya via the largest grid-connected biogas plant on the continent at Lake Naivasha.

“The latter takes waste from flower farms, digests that waste, and then creates electricity and heat which goes into the consumption pipeline for the power plant; some used for the grid and the heat used for greenhouses.”

This project in particular is quite unique in Africa, and is compounded by similar innovative forays in South Africa through the utilisation of furnace gas.

Marshall adds: “In SA they have a lot of mineral extraction plants and when you process some types of minerals in a furnace they release an off-gas which was previously a combination of hydrogen and carbon monoxide, and nobody could use it for anything useful, so it was flared off as a waste.

“But what we’ve done is develop a technology that can convert these off-gases to power and heat that can then be used to pre-heat the furnaces and to generate electricity on-site. Waste to energy systems like this are quite novel and highlight a versatility that is much needed in Africa.”

Working to as high compliance standards as possible and educating the market in respect to the technologies and systems being implemented, Clarke Energy has embroiled itself in one of the continent’s most important challenges, in terms of power generation.

Hand-in-hand with this then exists an equally pressing need to foster a sustainable, localised element to the internationally reputable solutions that the Company is offering.

“Our model of delivering high quality installations and after-sales support is tailored in each country. We don’t seek to bring expats with us and flood each new country with them; rather we start a new organisation in each country,” Marshall affirms. “We obviously need some expat support to begin with to train the locals to the required standards but we then pull them back out again once proficiency grows.”

In Nigeria now, only one person in the workforce is of expat descent; epitomising the Company’s willingness to enrich each country, and its vigilance in utilising people who understand local markets and local nuances.

Relationships with local trade bodies and associations further compound the business’s drive to instil itself into the fabric of African industry; and as the relationship with Kohler brings about new capital opportunities, the benefits that will subsequently emanate across the continent will be even more concerted.

“You’ll see us have a greater affiliation with the Kohler organisation in the future, as we look to integrate better with them and their other subsidiaries – particularly Kohler SDMO in Africa – in order to grow off the back of their international status,” Marshall says. “The big challenges in Africa remain the speed of development of the infrastructure, but gas-to-power could massively support the continent’s need to overcome the huge disparity in power generation. However, it is up to these governments to give consistency of predictability regarding the speed of infrastructure developments so that people can make investments in order to match the real potential of the markets.”

And once this level of continental infrastructure is reached, there won’t be many operators already on the scene that can boast the extent of experience, diversity and expertise that Clarke Energy can.

“It’s all virtue of our model,” Marshall concludes. “Our differentiator lies in our ability to develop high quality installations, to have a balance of plants so that the machinery around the core generator matches the high performance of the engine, and then in having a structure and team in place to make sure the generator is running successfully for the long-term.”