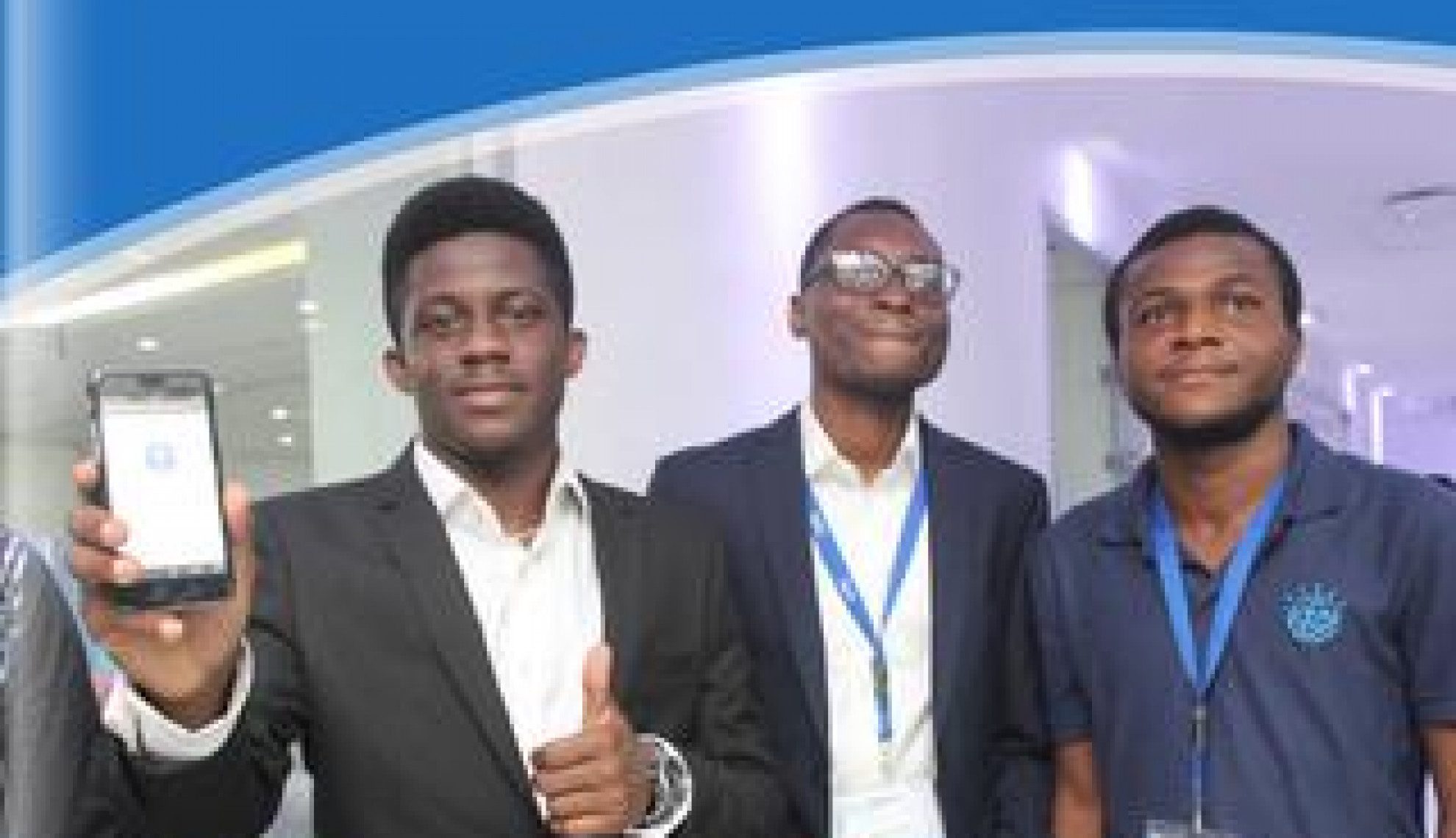 The IBM story in Africa is one that comprises almost 100 yearly chapters, representing a century of technological evolution, international migration and social enrichment that the world-leading cloud platform and cognitive solutions entity has driven as part of its global strategy.

With decades of concerted investments across industries and geographical markets, coupled with a relentless focus on technology innovation, corporate citizenship, the mobile evolution, and more recent trends across cloud, analytics, big data and the Internet of Things, the IBM brand is clearly a leading global technology brand, recognised as the most patented Company in the industry.

In Africa, the journey began in 1921 upon the usage of its predecessor’s tabulating equipment in South Africa’s census. Over the decades, the inception of IBM employees and eventually offices – the first being in Dakar, Senegal in 1947 before South Africa opened its doors five years later – kick-started a relatively rapid sprawl across the continent.

Breaching East Africa in 1959, Ghana and Nigeria in the early ‘60s, and introducing its first education centre on African soil at Nigeria’s University of Ibadan in 1963, the precedent for tech development had been set.

As the decades have passed, IBM’s role in Africa – and indeed the wider world – have been epitomised by a refusal to rest on its laurels, and following numerous product unveilings, strategic partnerships and nationally significant breakthroughs, the Group is still number one.

“IBM has announced that it has once again topped the list of annual US patent recipients, receiving 7,355 patents in 2015, marking the 23rd consecutive year of leadership,” a recent news story broke. “IBM’s 2015 patent results represent a diverse range of inventions as well as a strong and growing focus on cognitive solutions and the cloud platform as the Company positions itself for leadership in a new era of computing.”

And arguably nowhere else on the planet benefits from this new era more so than in Africa.

The Company statement continues: “Across Africa, IBM is working with our clients and partners to put in place the systems, infrastructures and processes to underpin the continent’s economic and social transformation.

“Africa-grown innovation is key to the continent’s future development and is dependent on close collaboration between local experts and global innovation leaders like IBM.”

The next wave of services transformation

For IBM’s corporate and operational activities in the West and Central Africa region, global innovation and future development from a tech point of view largely revolves around business enrichment and the ever growing reliance on the cloud. While new systems of engagement like social and mobile technology are changing how individuals are understood and engaged, cloud technology is transforming business processes and IT into digital services, giving rise to new business models.

Commenting recently on the growing need for cloud infrastructure and service across Africa, Babatunde Afolayan, Senior Research Analyst at IDC West Africa says: “Recent and ongoing cloud developments are bound to aid the growth of innovation and small-and-medium sized enterprises locally, fuelling a renewed appetite for advanced technology solutions and services by companies and public sector institutions across Africa.”

According to IDC, 85 percent of new software is built for cloud today. IBM Cloud Unit Leader for Central West Africa, Yusuf Assenjee shares his own view on cloud computing and IBM’s stronghold in the domain: “Cloud computing is arguably the single largest cause of disruption in the global technology world but its true value for the African continent has yet to be fully defined. With adoption rates varying widely across the region, how can the cloud – and the innovations which it powers – help Africa’s economies and communities reach their full potential? And what impediments or opportunities will Africa’s leaders face along the way?

The Company’s capability has been recognised by the leading independent technology research firm, Frost & Sullivan, who gave IBM the 2016 Cloud Company of the Year Award in 2016.

Assenjee continues: “IBM consistently brings new capabilities to the market and our strategy pivots around five principles: DevOps productivity; hybrid integration; powerful, accessible data and analytics; cognitive solutions; and choice with consistency. Those are the areas where we are investing to help our customers succeed in the cloud space.”

Catering for the needs of the casual user, the leading enterprise, and everything in between, IBM’s analytics strategy is the most comprehensive in the industry, with its cloud platform the most powerful and mature in the market to compound its status.

And with the ever-changing need for businesses and governments to innovate and stay ahead of the curve, the reliance on having a cloud platform to facilitate that necessity becomes equally critical.

“No one can do it on their own nowadays though – the world has become too complex – so IBM can help organisations in trying their ideas on our cloud platform,” Assenjee says. “We can help them build new products and solutions that they can test in the market, and we can help give shape to their bold ideas and transform these ideas and initiatives into a bankable concept or commercially viable product in a very short period of time.”

While the overall transformation on the continent may still be in its infancy, the pendulum is certainly swinging, and IBM is definitely giving the sector a push in the right direction.

“This is a very exciting journey and we want to be an integral part of it,” Assenjee states.

Analysing a Company like IBM’s all-encompassing global or continental successes is one thing, but the ability to analyse more localised trends, requirements and achievements is a whole different proposition.

To this end, we spoke with Dipo Faulkner, Country General Manager for Nigeria, and Carlos Dos Santos, Territory Manager for IBM Central Africa about what they perceive to be the key trends, challenges and forecasts for the Company in their jurisdictions.

Africa Outlook (AfO): Can each of you firstly talk me through your key selling points in Nigeria and Central Africa, and how this differs – if at all – to the wider IBM remit?

Dipo Faulkner (DF): We’ve been established as a fully-fledged branch in Nigeria as the West African office since 2009. We are interested in helping with the transformation of Nigeria using innovative technology solutions, so we pride ourselves in being an innovative technology Company. Our primary business landscape is still dominated by our systems business but we’ll noticing a gradual shift towards more solutions-based offerings within the cloud and within analytics and security, mobile, social and the rest of it moving forward.

Carlos Dos Santos (CDS): Several years ago IBM decided to create the IBM Central Africa team, to help drive and expand IBM business within the region. The key focus for the team is to help grow the partner (channel) community; by helping them to be skilled and have the ability to service our customers. The key industries that we focus on in this region of Africa are the financial services sector, telecommunications and Government / Public Sector entities.

Our investment in technology, research and development – as much as $6 billion annually – differentiates us from the competition, while in Africa; we are surrounded by IBM’s technology research labs in Nairobi and Johannesburg, industry centres of excellence and client and IT Ecosystem support centres.

AfO:  What are your thoughts on the way businesses and governments are utilising technology to resolve business and service delivery issues, and what is the most desired product mix to this end?

DF: Nigeria is a dynamic and fast growing economy, with very savvy and discerning enterprise customers. So this poses its own challenges and opportunities. The most sought after solutions in the market right now would be solutions around big data and solutions around analytics itself; a great concern for enterprise clients is how to extract or generate customer perspectives and predictive insight for decision taking and long term planning and business coordination.

CDS: I think businesses and governments in the fast growing economies across Africa are starting to understand what IT can do for them and how it can help them deliver effective, efficient services to their clients. For instance, they now better understand that with mobile-based and digital technology they can now reach a wider audience and service bigger markets. Technology has also helped to make the economies of Central Africa and the SADC zone more open and exposed to global trends and vice versa. This marriage of local issues and global thinking will be accelerated by technology in 2017 and beyond.

AfO: Finally, what would you say differentiates IBM from other market competitors?

DF: I think a few key things. One is we are one of the few truly global organisations in Nigeria. The branch is not a franchise; it is fully integrated into the big IBM world. We provide a wider breadth of solutions and service offerings in the local market and we are probably the most innovative as well.

My ambition now is to meet and surpass our customer needs; to support emerging indigenous industries with IBM technology and to be the recognised leader within the industry. IBM will also continue to support the government’s economic development blueprint. The Nigerian economy is going through a very rough period right now. Certainly, policy and macro-economic developments in the next 12 to 18 months will define the fortune and future of the business environment for the next couple of years.

CDS: Our main differentiator comes from being part of the IBM brand which has a trust value which people believe in, in terms of what we sell and deliver.

The organisation is truly ambidextrous, tried and tested and with our culture of integrity, ethics and doing the right things we make it easier for clients to understand our offerings and how we can benefit them.

The future of Africa

With a direct presence in 24 African countries at present, the ability to ingrain itself into the fabric of such a diverse and enigmatic continent is no mean feat.

The secret behind it may well be the ability to not only bring industry leading solutions into the fold but to also address some of the key peripheral challenges faced by the continent through an extensive corporate social responsibility ethos.

For IBM, this element is more than catered for via millions of dollars of investment into bridging skills gaps, partnering with key academic institutions and in its commitment to enterprise development.

Africa is certainly moving to the centre of global attention as the last big emerging market of the current economic era, and IBM is making a long-term, strategic investment in the future of Africa. IBM executives across Africa believe there is a significant market opportunity being driven by an emerging middle-class, rapid urbanisation and increased demand for such key services as healthcare, government, banking and communications.

“I’m honoured to represent IBM on the President’s Advisory Council,” says El Tohamy. “IBM has long recognised Africa’s potential, and we’ve been partnering with local organisations on the continent for almost a century. In recent years in particular, we’ve seen how local governments and organisations have been able to leapfrog in technology adoption by embracing the latest innovations such as cognitive systems, cloud computing, data analytics and mobile technology.” 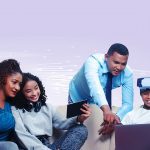