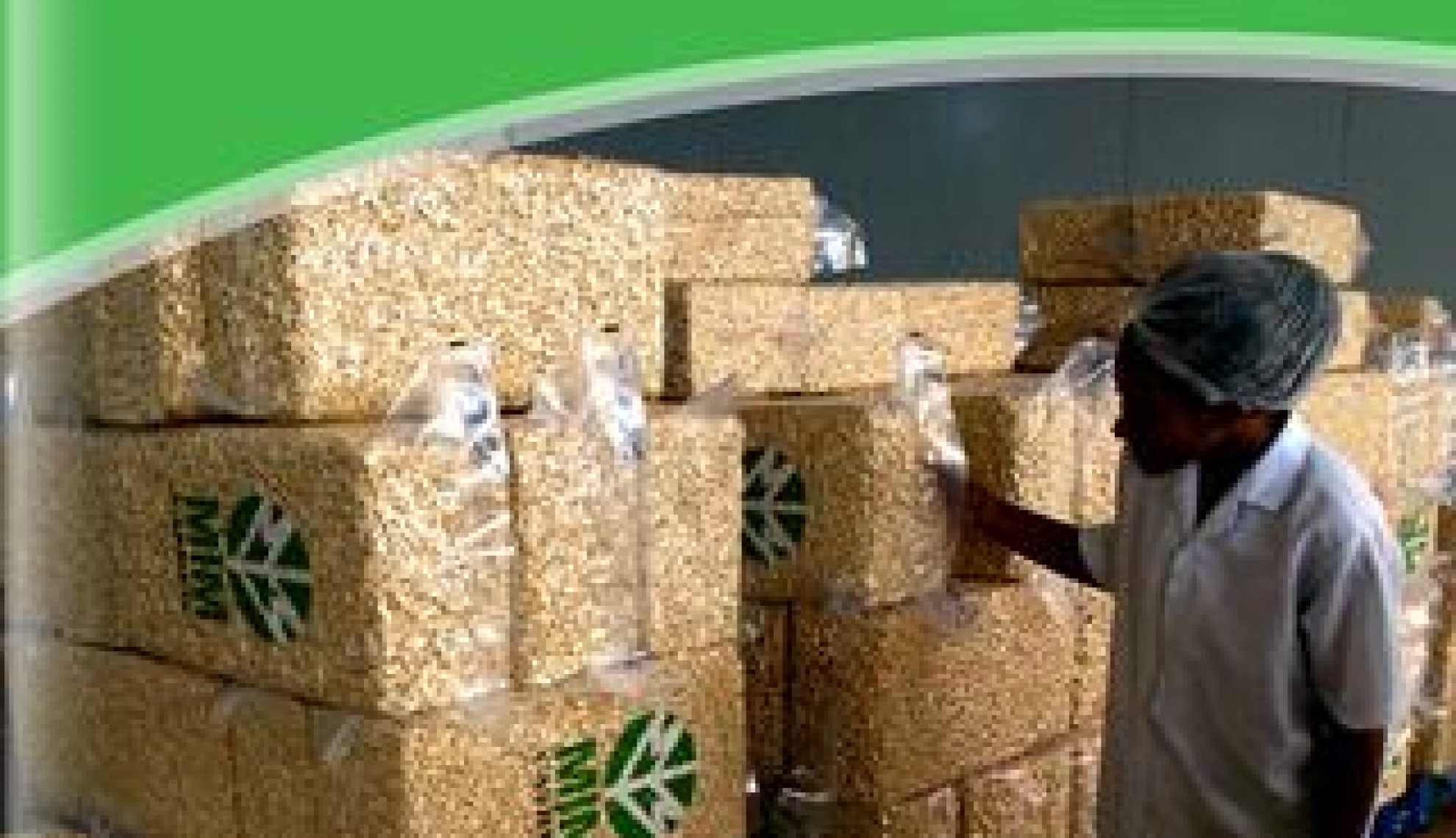 A Force for Good

Mim Cashew and Agriculture Products Ltd is on the lookout for strategic industry partnerships to further a brand which has already established itself as one of the leading cashew processing companies in Ghana.

Currently comprising two major customers – and therefore targeting its highly refined structure towards their satisfaction – the Free Zone enterprise is a middle stage processor currently exporting more than 90 percent of its products in line with a mission which revolves around personable relationships and sustainable client partnerships.

From this stable platform, core products including cashew kernels, cashew nut shell liquid, and fruit brandy are produced with the ambition now to develop a larger range of value added products tailored to consumer demands.

“We are considering partnerships that demonstrate significant synergy for all,” affirms the Company’s Executive Director, Lars Wallevik. “We are considering partnerships with companies where there is major strategic fit for both companies, and where the financial and competency synergies are highly apparent. We are not going forward with brand awareness until we have this in place.”

Such honed ideologies derive from a continuous improvement model that has always had aspects of personable business interaction at the core; initiating with employee satisfaction and the working environment, and branching out into product integrity and quality, technical progression, marketing acumen, sustainability, stakeholder consideration, and creating an all-round feel-good factor throughout the organisation.

“If I take it to the very highest-up-in-the clouds level I can, I want Mim Cashew to emanate strength, goodness, beauty and success,” Wallevik continues. “We want the Company to be and feel great, and we want it to be genuinely successful.

“Our very capable Managing Director, Joseph Yeung is far more practical and pragmatic in his approach than what I have stated here, but that is ultimately what I want it to be.”

Being part of something larger

Officially incorporated in April 2008, Mim Cashew’s quick rise to prominence is testament to its ethos and is epitomised by the scope of its factory which spans 1,880 acres and includes a distillery, adjoining cashew, palm oil and citrus plantations, housing facilities, forestry, various other facilities and an airstrip

“My father’s successful history in Mim, as well as his 18 years living in Ghana from 1957, gave us credibility and enthusiasm from the local community,” Wallevik recalls. “We officially started on 1 January, 2008; I sent 1,000 kroner from Denmark – around US$150 – via Western Union at the end of 2007, and we hired 15 labourers to start pruning and cleaning up the plantations and factory.

“We were able to start quickly because most of the former employees and managers were waiting for a new investor to come in and get the ball rolling again. We had the former company director and technical manager, Hermann Bani, who helped build and establish the estate, as a director of the new Company; Mim Cashew and Agricultural Products Ltd.”

By the end of the first year, the Company boasted a 300-strong workforce and a completely revamped premises consisting of 51 houses and an overall estate blessed with quality construction, aesthetic beauty and integrity.

The feedback was immediately positive, especially considering the source of its first client, in the form of globally renowned wholesaler, Costco.

Wallevik adds: “They loved our factory and approach, and we developed a very supportive and engaged customer relationship. They believed in us. It made us feel really good that such a huge company came to us in the middle of the rainforest in Ghana and were so committed to our path. It was a really big deal.”

Similarly prominent business partnerships have flourished in the intervening years to ensure prosperity either side of Mim Cashew’s middle grounding, including more specific industry specialists such as world-leading Oltremare; whose turnkey processing plants have helped to realise more than 100 industrial projects across the cashew nut industry.

A close relationship with the African Cashew Alliance has further affirmed the business’s own prominent role in the sector.

“The African Cashew Alliance started just before us, and started taking off at the same time we did,” Wallevik notes. “It was a great support and made us part of something larger. Bill and Melinda Gates had donated US$25 million or so to help get the African cashew processing industry off the ground and in addition to their contribution, several huge cashew buyers gave commitments in almost doubling that amount.

“This gave us an additional measure of confidence and helped the whole industry and its potential become more visible. It also gave Mim Cashew a lot of initial exposure and helped us develop. We had some really hard times and that support was a blessing. They wanted us to be successful which helped motivation to get through the very hard times.”

A learning and growing organisation

“We loved all the attention and positive profiling [from The African Cashew Alliance]; it’s part of our ultimate ambition to create more brand awareness, and create a closer connection to the end consumer,” Wallevik continues. “We want people to know about our story and engage with us. It’s important for our employees that they feel recognised and the Company becomes part of them.”

And there are certainly a lot of employees to formulate the ever-strengthening team, with a total of 1,287 staff members rising to as many as 1,500 during peak season.

Subsequently attaining a fantastic reputation in the industry as a balanced and fair employer, Mim Cashew defies its technically small size by creating a much larger sense of enrichment both inside and out of the Company, but especially amongst its cherished workforce.

“We try to hire as many people from the local area as possible, however, we also feel it is healthy to bring in some outsiders from other areas in Ghana; it adds to the mix and culture of our staff and makes the company more interesting,” Wallevik says. “We always look for the best people and who we all feel good about, and place a lot of emphasis on treating people fairly and well.

“We strive to be a learning and growing organisation, and want people to love working with Mim Cashew.”

The internal continuous improvement philosophy extends to areas of technological developments, administrative enhancements and facility investments: most recently epitomised by the implementation of a Balanced Scorecard Programme; lockers, changing rooms, and a canteen for employees; and the ongoing engagement in more corporate social responsibility-related initiatives such as the concerted balance of employment between men and women.

All of this is carried out amid a backdrop of frequent industry fluctuations and inevitable unforeseen challenges, but Wallevik is confident that Mim Cashew has the basis in place to thrive despite how much work there is left to do.

“The cashew business is challenging and we need to add as much value as possible to our products. We need to differentiate Mim Cashew and provide tangible, additional benefit to our consumers,” he concludes. “In the coming years we are adding another 200 acres to our plantations, bringing our total cashew plantations to 1,000 acres.

“I would also be very happy if we could announce a partnership that demonstrates real synergy, scalability, value addition, consumer focus, efficiency, and unlimited growth and wealth creation potential.

“The ball is rolling on all of these fronts.”