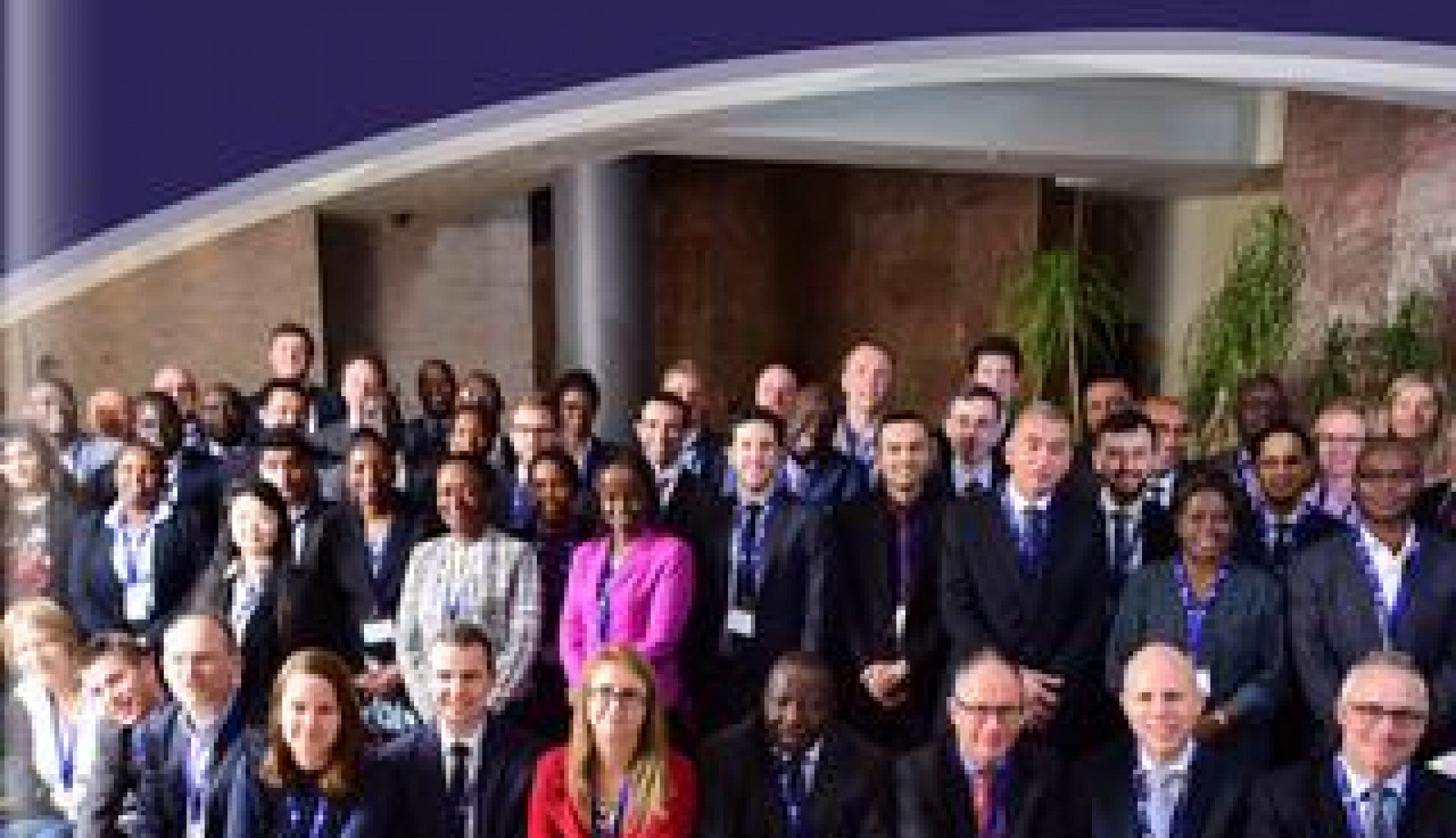 Taking the Risk Out of Africa

Established in 2001 to support trade and investments across African member countries, African Trade Insurance Agency (ATI)’s 15 years of prominence has taken on extra importance in recent years following a revised membership strategy; a tact which is set to succeed by virtue of its on-the-ground presence across each operating nation.

Providing political risk and trade credit insurance products with the objective of reducing the risk and cost of doing business in Africa, the Company now comprises 10 full members – Benin, Burundi, DRC, Kenya, Madagascar, Malawi, Rwanda, Tanzania, Uganda and Zambia – and its facilitation of FDIs, export opportunities and trade avenues is making it an increasingly rich prospect for new members too.

“A revised membership strategy that now incorporates partners such as the African Development Bank is expected to yield three new members within the next year – Côte d’Ivoire, Ethiopia and Zimbabwe – with more West African countries expected to follow in the near term thanks to a partnership that was formalised in 2015 with West Africa’s ECOWAS (The Economic Community of West African States),” explains the Company’s CEO, George Otieno. “In addition to African countries, our other shareholders include the African Development Bank; Atradius; SACE, the Italian Export Credit Agency (ECA); and UK Export Finance, the British ECA.

“Our products have adapted over the years to try to fill gaps in the market. For example, when Kenya’s 2008 elections left a wake of destruction, insurers were unable to compensate victims of the violence. With our connections to the international insurance market – notably the Lloyds of London market – we were able to help insurers mobilise additional capacity that evolved into locally-available cover against damages caused by political violence, terrorism and sabotage.”

Through this necessary offering, ATI has built a positive reputation not purely as a consequence of its service remit, but by its uniqueness in being indigenously African, placing it closer to the risks it is helping to offset.

“This allows us to have a more balanced approach to risk assessment and this is what our partners have come to value the most,” affirms Otieno. “We are also close to projects and the stakeholders. This translates to easier access to information, which can be critical to investors and other partners.

“We are now beginning to receive accolades for our work from such international media outlets as the Global Trade Review, who awarded us with the prize for the best political risk and trade credit insurer in Africa in 2015. Africa Investor has also given us the award for Best Export Credit Initiative for two consecutive years in 2011 and 2012.”

Created initially to fill a gap in the market in terms of trade and investment risk mitigation, ATI’s creation stemmed from the only viable solution in forming a multilateral agency that would provide more cost-effective use of underwriting capital, reduced overhead costs and the ability to encourage private sector insurers to assume risk in Africa.

“In response to the demand, a number of African countries came together to establish an insurance mechanism to protect their economies against losses caused by credit and political risks,” Otieno recalls. “They were confident that this instrument would help local companies compete globally and help Africa attract more foreign direct investment. ATI was subsequently launched in 2001 with a mandate to provide insurance and reinsurance products to help reduce the risks and costs of doing business in Africa.”

Broadening the remit in 2006 to support local businesses carrying out cross-border trade, the evolution of ATI’s portfolio in the intervening years has been one deriving from industry collaboration and foresight, in ensuring that businesses of all sizes were being aided against risks they were previously unprepared for.

Today, the Company’s headquarters in Nairobi, Kenya acts as a sounding board for a further three field offices located in Tanzania, Uganda and Zambia, and provides a platform for the sustained period of growth it is currently enjoying.

“ATI has maintained profitability for the past five years and we have doubled the size of our business portfolio with Gross Written Premium increasing from US$10 million in 2011 to US$23 million in 2015, and by 52 percent over the previous year,” Otieno continues. “Our net financial income rose by 145 percent during this five-year period despite the low interest rate environment.

“Our mandate is to pave the way for other financial partners to follow. This typically means we operate in environments that many international players would view as very risky. However, we have now grown to a point where many international financial partners will only enter deals if we are involved, while, and even more positively, supporting transactions in member states they wouldn’t consider in the past.

“This means that we have done our job. In light of this, our positioning within the market is also evolving.”

The ability and commitment to regularly progress the ATI service range has further distinguished its proactive role in the wider industry over the years. This is most recently epitomised by the introduction of private obligor non-payment, bound counter-guarantees and solutions for banks that are allowing them to expand their loan book to SMEs that were historically deemed as too risky.

“These solutions complement our original offerings and support our underlying mandate which remains core to our business. At the heart of this is our bread and butter product, political risk insurance (PRI), which accounts for close to 60 percent of our entire business,” Otieno states. “Typically our clients are the starting point and we have become stronger with our growing network of partners in being able to provide more solutions to our clients.

“This has allowed us to begin positioning ourselves as a knowledge leader in underwriting energy sector deals.”

Such pivotal and esteemed partnerships – such as those currently being seen in the energy space – include the likes of the European International Bank and Germany’s KfW while ATI is also in the process of implementing initiatives that will see it lead the charge in helping Africa to insure and, as a result, execute more energy sector projects.

Facilitating these partnerships is a refined and honed internal structure at ATI which has again been largely influenced by its core partnerships, and then deployed via the Company’s own extensive internal resources.

A new underwriting system to better manage the business is one current example of this, thanks to a grant from the African Development Bank, while the European Investment Bank is working alongside ATI to strengthen the latter’s risk management framework.

“These initiatives are expected to support our larger goal of becoming the premier African underwriter of energy sector projects,” Otieno states. “Being relatively new to Africa, we have also spent a lot of resources in training our staff.  Most of our professional staff in the underwriting department come from the banking or insurance sectors and while they have the basic skills in terms of assessing the financial viability of transactions, underwriting such transactions requires different skills.

“With a combination of in-house training and exposure to the Lloyd’s of London and other international insurance markets, our underwriters have developed a reputation for being thorough in their underwriting.”

Additionally, the Company has set up its own training programme for partner organisations across Africa, instilling the same levels of indigenousness that has elevated the business to its own lofty heights, while leveraging the international expertise and influences that have been attained over the years.

Otieno adds: “The success we’ve had means that we’ve created a desirable group of professionals for new players in the market. In the end, we rely on the unique experience of being exposed to global transactions, training opportunities, an attractive reward structure and a collegial working environment to retain our key staff.”

A centre of excellence

Having such a strong and set internal structure also helps in negotiating unforeseen industry slowdowns or fluctuations; something which ATI capitalised on initially in getting its business model off the ground, and that it now needs to keep on top of for the sake of its clients moving forward.

“From a broader viewpoint, Africa is positioning itself to attract more FDIs,” Otieno notes in regards to one pressing trend. “This requires tremendous investments to improve infrastructure, which we are seeing in terms of projects in the energy sector aimed at connecting more people to the grid and offering lower-cost energy to consumers, improvements in transportation networks from roads to railways, and increasing housing and commercial property options.

“Simultaneously, we’re seeing more African banks in a position to participate in syndications on these larger projects.”

All-told, commitments such as these have amounted to as much as US$21.5 billion in support of trade and investments in its member countries, a vast amount considering the number for the entire continent was only at US$87 billion in 2014; and largely dominated by only five countries.

The levelling and expansion of riches that has been seen – and facilitated by ATI – even in that short space of time once again epitomises the need that is being filled by the Company; providing an opportunity for more countries to generate intra-regional trade opportunities.

“We are helping countries to gain the confidence of international financial markets,” Otienoconcludes. “By building a global network of partners, who have come to trust our risk assessments, we are sending a subtle message to the world that African risk is manageable and it is not the scary picture that has been painted in the past.

“ATI is currently on the verge of creating a centre of underwriting excellence in the energy sector, becoming the first stop for investors in Africa, becoming the information source and risk mitigator of choice for anyone doing business on the continent.

“We hope to take a giant leap in this direction and to arrive at our destination within the next few years.”