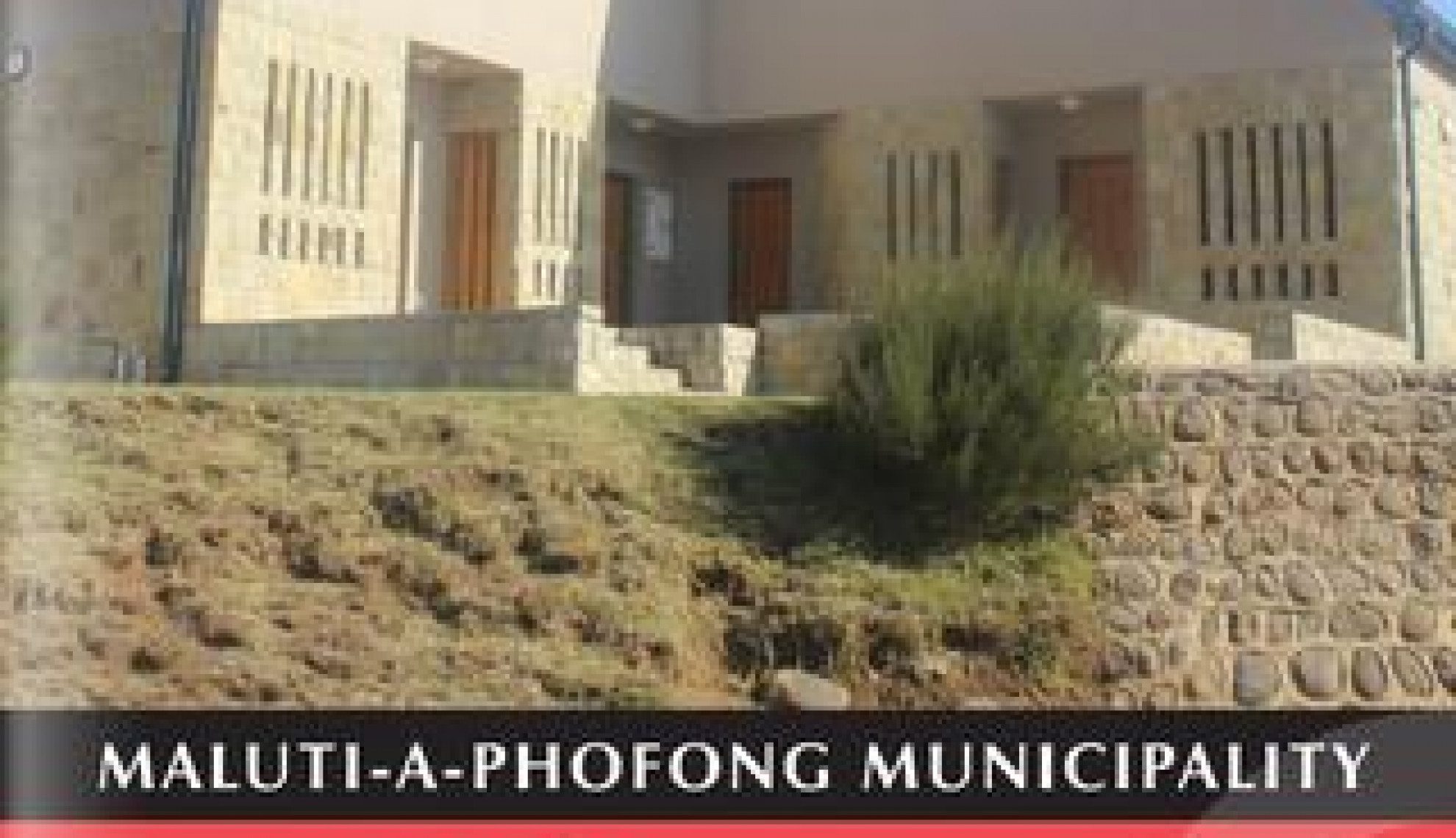 In pursuit of its Vision 2020 to become more technologically advanced and unlock new socio-economic development with the help of the indigenous entrepreneurial spirit of the local people, Maluti-A-Phofung (MAP) Local Municipality – situated in the Free State Province of South Africa – is targeting a more equitable, sustainable, healthy and crime-free societal future.

Established in December, 2001, in accordance with the relevant Government policies, Maluti-A-Phofung comprises 35 wards across approximately 4,421 square kilometres situated in one of the “most beautiful landscapes in the world”.

“By 2020, unemployment and poverty will be unheard of and we will open ourselves to the rest of the world to discover our unique African cultural history,” says the Municipality.

Made up of four former TLC local authorities – namely QwaQwa Rural, Kestell, Phuthaditjhaba and Harrismith – the Municipality combines rural villages established on tribal lands with urban landscapes and has access to strategic trade links that serve the Gauteng and KwaZulu-Natal provinces. “Harrismith is an economic hub for people living in Tshiame, Intabazwe and Qwaqwa. By contrast, the rural areas of MAP comprise commercial farms and major nature conservation centres such as Qwaqwa National Park, Platberg, Sterkfontein Dam and Maluti Mountain Range,” MAP highlights.

“The area is not only a tourist attraction destination, but also contributes immensely to local upliftment by generating gross agricultural income for the whole of the Province and is also highly regarded for its beef production.”

With a mission statement that encompasses self-reliance and coordination with various stakeholders in the delivery of development and sustainability, MAP has focused on ways to unlock technological advancement, infrastructure, employment and tourism opportunities to foster municipal growth. Its situation in the Free State, the third largest province in South Africa presents its own unique set of challenges and opportunities to overcome and equally grab hold of to ensure a safe and secure environment with high morality.

Compared to the demographic composition of the rest of the Thabo Mofutsanyana District, MAP has the highest population density categorised as the third highest in the Free State. A Category B Municipality, MAP is located in the eastern part of the Free State province that forms part of a scenic tapestry, which changes radically with each season.

Identified by the Government’s Vision 2030 National Development Plan (NDP) as a core area that would benefit from South Africa’s National Infrastructure Plan, MAP was recently nominated as one of the “strategic beneficiaries of the Special Economic Zone (SEZ)”.

Designed to consolidate rural development, job creation and improvement of sustained better livelihoods, the NDP acts as a welcome boost locally that promises to bring around 5,000 potential job opportunities through an injection of more than R5 billion.

“We are inviting more investors to engage with the Municipality and its stakeholders as things develop,” says MAP.

The beneficiaries of the funding include the Harrismith Logistics Hub, aimed at minimising and eradicating the high unemployment rate in the area. “The SEZ project in Harrismith is exciting as it has the potential to help us advance into a smart city; with the residents, labourers and schools aligning as one city with new opportunities. This will mitigate some of our labour challenge and help us to retain people. In ensuring we create a conducive and enabling environment for investors, the Municipality has put aside R300 million to focus on the infrastructural and functional needs of the SEZ.”

Under the guidance of the SEZ strategy and its operational framework, MAP hope to utilise this knowledge to boost the existing industrial areas and rejuvenate both income and employment rates.

“With an estimated budget of R17 million, the initiative was set-up in response to the nine-point plan detailed by SONA (State of the Nation Address) in a bid to achieve economic equality, job creation, transformation and economic growth,” explains MAP.

In addition to the Mayor’s plans, the Municipality is already in the initial construction stages for a new shopping mall worth R69 million; with further lucrative infrastructure projects on the horizon.

Furthermore, the Municipality intends to advance in the construction of the highly-anticipated Maluti-a-Phofung Legacy Park in the Farm Bluegumbosch 199 area, formerly known as Bokamoso.

“The Park, which has received approximately R300 million to develop, will have approximately 624 residential plots which will serve to phase out Phuthaditjhaba as a homeland town. To that effect, the project will have major road links and a modern design to give it that urban feel and it will also directly face the University of the Free State,” MAP confirms.

These projects and initiatives will serve to complement those already underway in the area, including the Mayoral Empowerment Programme attentive to agricultural mixed farming and the Contractor Development Programme. One such farm that has benefitted from this since October, 2015 is Rietlaagte Farm, situated between Kestell and Harrismith. “The purpose of the launch was to introduce the Programme to the Maluti-A-Phofung Municipality citizens with the intention of improving the livelihoods of the local residents by creating jobs, stabilising food security and alleviating poverty,” confirms MAP.

Equipped for the future

Utilising technology to enhance both energy efficiency and local wellbeing is something which sits at the heart of Maluti’s investments and goals. In respect of the former, the Municipality is about to construct a 65 MW solar plant in Makgolokweng with an estimated budget of R2.1 billion. “This significant project will be constructed by RAM Electrical and funded by Simcoe Renewable Energy Corp from Canada. Once optimal operation is reached, the plant will create more than 500 job opportunities of which 250 will be permanent positions.

“We are thankful to Ekhaya Pty Ltd, in association with ENVESTO AFRICA and TwinPeak Technologies Pty Ltd, for helping us to begin such an important project that will have a significant local impact.”

These are just a cross-section of the projects currently underway or in the pipeline within the Municipality that are sure to help the area develop and meet its vision and goals to become a more technically advanced and sustainable future. By embracing its cultural heritage to capitalise on the opportunities available in the international market of cultural tourism – while deploying the most appropriate development plans to bolster the local economy across its core industry mainstays – MAP is well on its way to achieving its own Vision 2020.

“Above all, we strive to be an accountable Government in the eyes of all our people, and the investments we are making serve to solidify this key pillar of our vision,” MAP concludes.