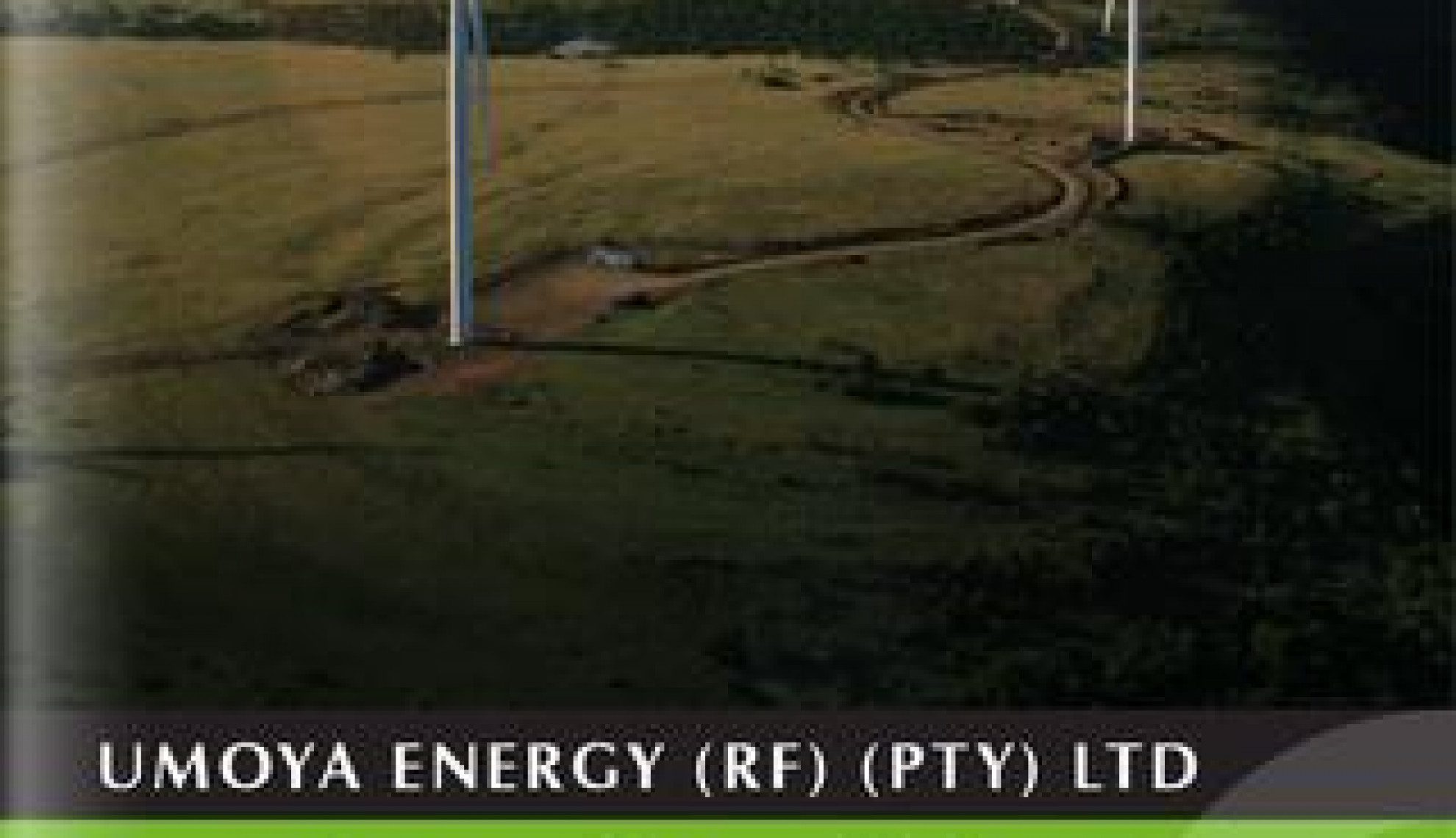 Umoya is a recognised name in South Africa’s wind energy sector, having been on the renewable energy scene since the start of the REIPPP Programme this decade. During this time, the Company has been joined by a wide range of local and international IPPs also seeking to participate in the flourishing renewable energy industry in South Africa.

“The shareholders of both of our wind farms [Hopefield and Cookhouse] have taken an active and supportive role throughout the development, construction and operational phases. Given that both projects were built in the first round of the REIPPP Programme, shareholder support was welcomed as we have navigated what was fairly uncharted territory in South Africa,” says Sam Cook, Technical Manager for Hopefield Wind Farm and Cookhouse Wind Farm.

Since completing construction, Umoya has turned its attention to optimising the operation of its power plant as well as implementing and supporting community projects in the Hopefield area.

“The South African Wind Energy Association (SAWEA) is promoting coordination between its members, and some IPPs whose projects are in close proximity are already preparing to work together on economic development (ED) projects. Given that Hopefield Wind Farm (HWF) has been fully operational for more than 17 months now, our attention has turned to economic development (ED) initiatives, in addition to continuing in our efforts to optimise operation and maintenance (O&M) of the wind farm,” Cook explains.

As with other Round 1 projects, the necessary skills for building-out both wind farms were sourced through a combination of local and foreign companies. Now, as operating plants, the requisite skills are largely and increasingly coming from within South Africa as the companies involved invest in ongoing training and development of staff.

Cook continues: “Both O&M contractors [Vestas for Hopefield and Suzlon for Cookhouse] are continually training their wind turbine service technicians. Suzlon has 15 South African technicians on staff who operate and maintain our S88 turbines. They began their training as wind turbine technicians at our wind farm during the construction phase and some have even visited India for training. Their training and professional development is ongoing.”

Creating a highly skilled pool of talent is vital considering the rapid growth of wind power in South Africa in general. While it is subsequently having an extremely positive effect on the country’s economy, it is also helping to mitigate power generation challenges, as well as delivering cost savings to those participating in the REIPPP Programme, which in turn leads to cheaper electricity.

Commenting on the current state of the industry and its economic impact in SA so far, SAWEA comments: “Research by the Council for Scientific and Industrial Research (CSIR) has shown that wind energy is presently costing South Africa less than nothing. Savings in diesel and coal costs should be added to the economic savings from avoided load shedding. These benefits have increased significantly in the past six months, over the previous period. If we assume South Africa will be electricity constrained until 2020, it is fair to assume that an expansion of the REIPPP Programme will yield enhanced benefits.

“We believe that the South African government agrees with this logic, leading to the Minister of Energy’s recent announcement that the Programme is being expanded and expedited. Wind energy alone is predicted to contribute around R7 billion to the community development over the next twenty years. We think this will fundamentally transform these rural communities for the better.”

Those within the industry hope that firm commitments will be made with respect to megawatts allocated under future rounds of the REIPPP Programme in order to enable further investment in local manufacturing.

Located near the town of Cookhouse in the Eastern Cape Province, Cookhouse Wind Farm comprises 66 turbines, each with a hub height of 80 metres, giving a total installed capacity of 138.6MW. One of the largest wind farms in Africa, it reached COD in November 2014 and has been delivering electricity to the Eskom grid since then.

Jannie Retief, CEO of Cookhouse Wind Farm, says that the project is expected to deliver around 370,000MWh per annum of clean energy into the grid; which is enough electricity to power 138,000 low-income homes or 57,000 medium-income houses.

“The excellent cooperation of contractors, subcontractors, shareholders, lenders and Eskom, underpinned by a strong contractual framework governing these relationships, has supported the realisation of the project. This made Cookhouse, the largest wind farm in Africa today, a reality,” he continues.

In order to produce the same amount of electricity using fossil fuels, a South African coal-fired power station would emit approximately 384,000 tonnes of CO2 every year; equivalent to taking over 78,000 cars off the road.

The project has already supported many local charitable organisations including soup kitchens, special day-care centres for children with disabilities, care homes for the elderly, foster care homes and sports facilities.

The establishment of the Community Trust will ensure that local development projects will continue to benefit from dividends throughout the 20-year project life.

Over a period of two years, 19 previously unemployed residents in Hopefield are being trained and working as artisans making improvements to more than 600 homes in this small town in the Western Cape.

“The Home Improvement Project will see the installation of solar water geysers, insulated ceilings and electrical reticulation in Hopefield homes. By the end of June, a total of 207 homes had been completed by the 19 local artisans who are being trained in plumbing, electrics or carpentry. Their training commenced with a four week course at Northlink College in Cape Town.

“The artisans are now honing their skills further with on-the-job training. The project aims to prepare them for employment or entrepreneurship roles in construction and related sectors. We are looking at ways to assist them in this regard,” explains Cook.