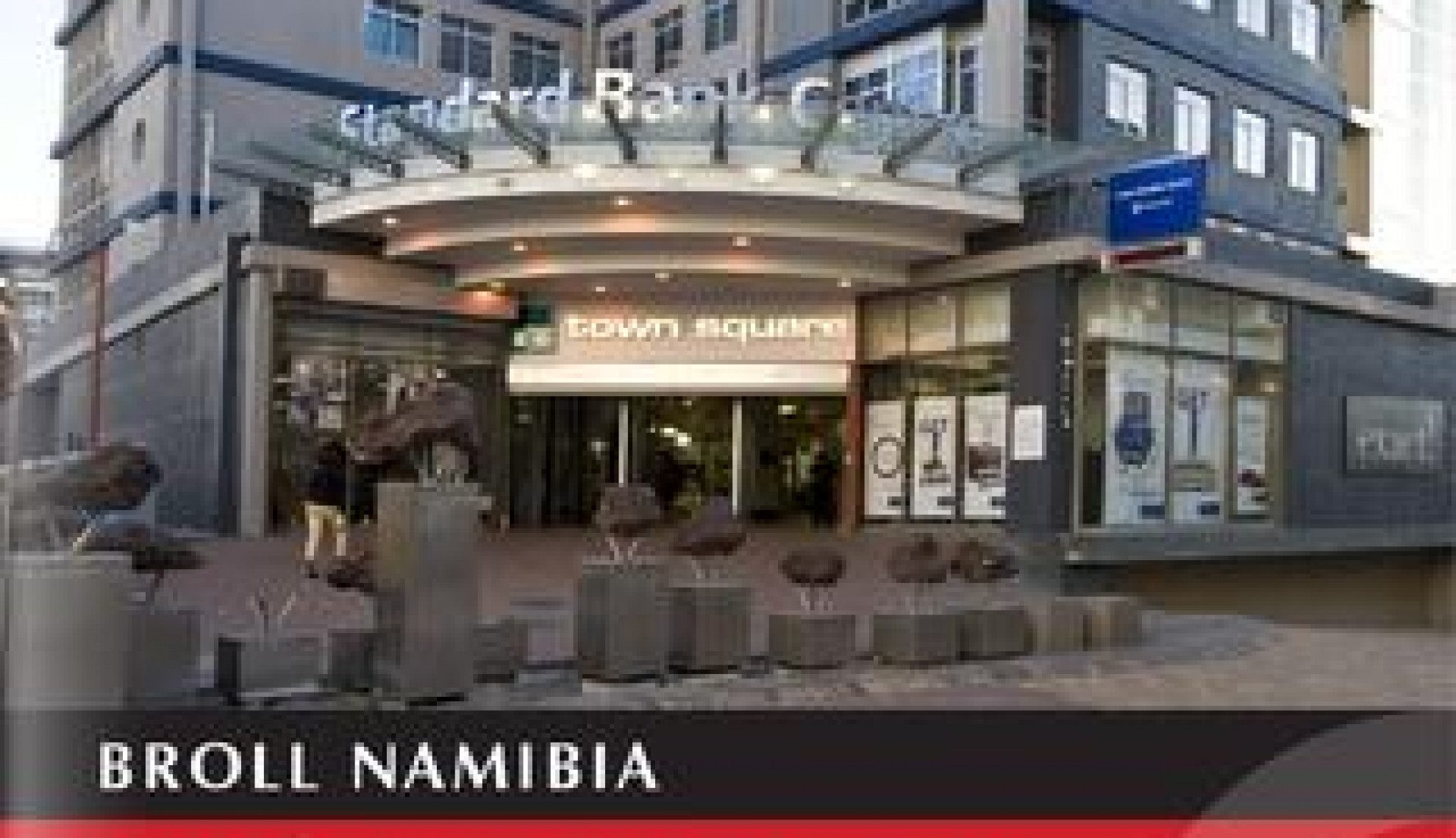 Since 2003, Broll Namibia has swiftly grown to a leadership position in the commercial and retail property sectors and now manages a property portfolio exceeding N$2.5 billion.

A subsidiary of the Ohlthaver & List Group of Companies (O&L), the property management and development company has once again been the top performing company in the 2014 financial year 12 Seasons Awards; winning in the categories of Creating Excellent Trust Relationships with Customers, Best Company to Work for and Overall Best Performing Operating Companies.

Not long after Broll Namibia was established, Broll & List Property Management achieved the significant milestone of an ISO 9001:2008 certification, a set of voluntary international standards that have been upheld since 2004.

With an assortment of significant commercial developments under its belt including extensions and refurbishments to supermarkets, leisure centres, financial offices, shopping centres and residential, Broll Namibia is a driven organisation that strives to maximise its development performance from now into the future.

As the Broll Property Group continues to implement new strategic service lines such as the newly established facilities management department, this will strengthen Broll Namibia’s current offerings and act as a springboard for the Company’s strategy to offer a much wider repertoire of professional services.

Broll Namibia’s main focus for the next five years will be to further expand and develop high quality commercial developments within the Namibian market.

“In order to cater for the growth in the central business district (CBD) of Windhoek, we are currently in the feasibility stage of a potential Wernhil Park Phase Four development, which would mean the construction of a 20,000m2 retail extension, making the Park the largest retail mall in Namibia. This will serve to further cement Wernhil Park’s position as the ‘pulse of the city’ within Windhoek’s ever-expanding retail sector,” highlights Managing Director, Marco Wenk.

“The continuous upliftment and revitalisation of the Windhoek CBD area is vital since the majority of our portfolio value under management is located within the CBD area. For the CBD to remain vibrant and attractive, continuous development is necessary.  Our 77 On Independence development is planned to include 165 upmarket residential apartments as well as a retail mall, linking Independence Avenue with the Old Breweries Craft Market, with an anticipated completion date of 2016. This will bring much needed residential accomodation back into the CBD area and will thus also promote the current abscent night trade within this area.

“Broll Namibia’s inspirational journey and tremendous growth over the past almost 12 years has not come without facing many challenges along the way. Our success could not have been achieved without a meaningful purpose, strong values and a highly motivated team who continually strive to create value for our clients. I am extremely proud to have been able to play my part in contributing to Broll Namibia’s unbelievable growth over the years and am confident that the Broll Property Group will only go from strength to strength,” he comments.

The performance of any company is a combined effort of all individuals working as a team and serving the organisation. Broll Namibia believes it holds a winning recipe for staff management which Wenk further explains: “Our ownership culture and drive towards excellence is reflected in the commitment of our staff. Continuous leadership growth and a breakthrough culture allow us to build on and exceed past successes.”

Moreover, as of April 2015, the company employs a 100 percent Namibian workforce and has a leadership development training programme to further improve internal efficiencies.

“Everyone in our business knows they make a difference and work accordingly, regardless of whether we are doing business inside or outside the client we serve, our recipe remains the same which is our key to success,” the Managing Director adds.

Not only does Broll Namibia constantly strive to exceed in its financial performances, but it also fully understands that without the excellent teamwork of its workforce nothing would be possible.  Supporting this is the Deloitte award for Best Company to Work For (BCTWF), which Wenk says has been greatly beneficial for Broll Namibia: “This programme has become a recognised benchmark for measuring how employees perceive and rate the company they work for.

“From a BCTWF perspective, Broll Namibia has achieved the number one spot within the O&L Group of Companies with a total of 13 subsidiaries, a staggering three times. We are extremely proud of this achievement, as well as to be part of a Group of Companies which has been rated the Best Company to Work For in both Namibia and the SADC region for the past three years,” Wenk states.

With a strategy to improve and grow its property portfolio under management as well as to become more active on the property development side at the forefront of the company goals, the future of Broll Namibia looks bright.

“In addition to this we are continuously looking to expand our service offerings with our ultimate aim being to maximise asset value of any property under our management,” says Wenk.

With a plan for continuous improvement clearly mapped out, Broll Namibia is determined to keep on growing and create an even more sustainable business going forward.

Wenk concludes: “We will do this by constantly enhancing our high standards of services and enrich our employee’s welfare and their capabilities, expertise and experience.

“Our secret is to continuously improve and excel in whatever we do by way of breakthrough thinking and knowing that everyone working for us makes a difference. This will ensure we further cement our position as the market leader in the property services segment in Namibia while at the same time delivering on our promise to maximise each property’s potential under our management.”