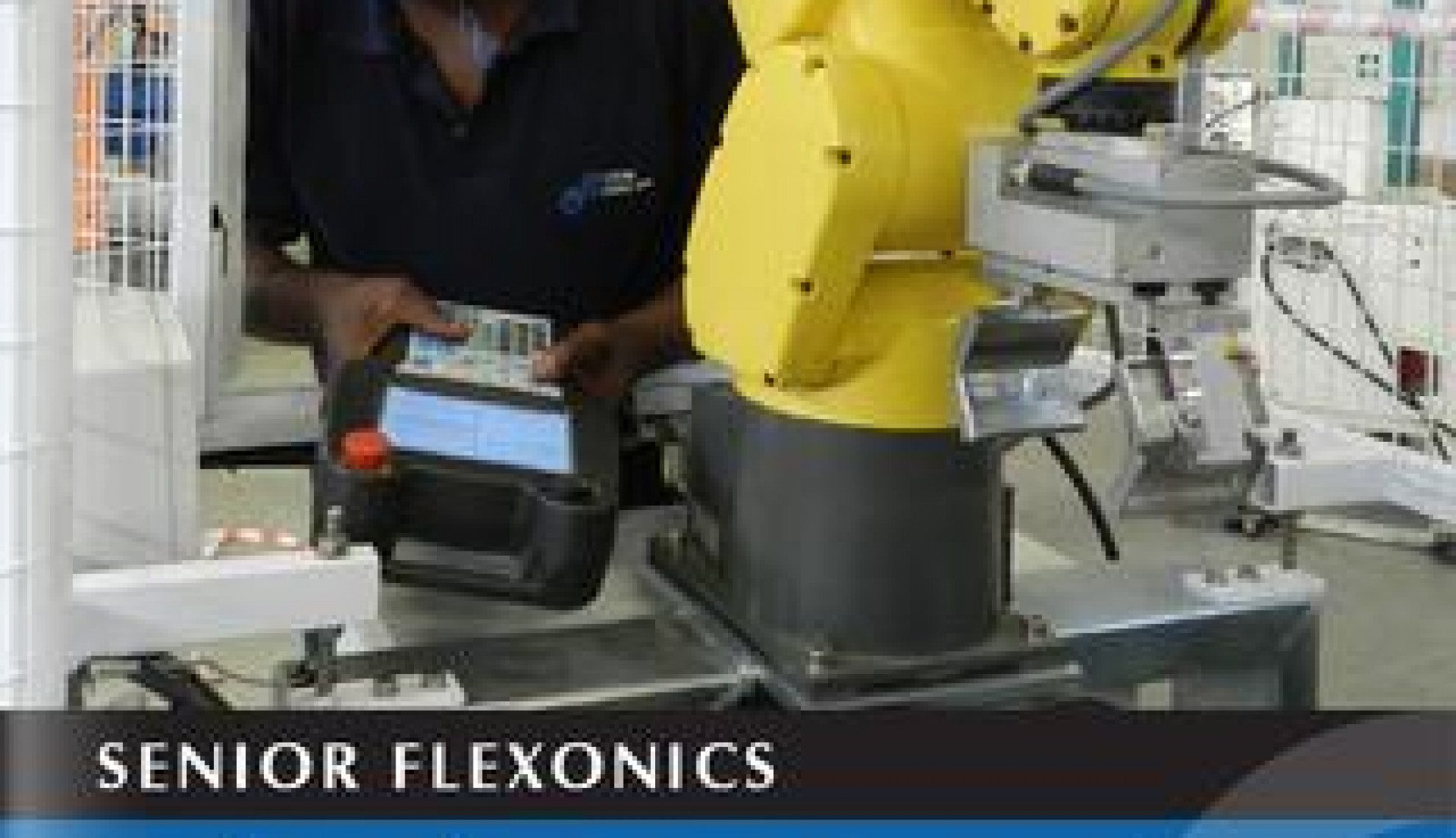 The Senior Name in Flexible Manufacturing

Senior Flexonics’ influence in South Africa has grown exponentially over the past 18 years, riding the economic challenges in recent years to remain an internationally renowned partner of choice

Senior Flexonics is replicating its global successes in South Africa as it looks to master the art of being an international company, acting locally.

As a wholly owned subsidiary of Senior PLC, South Africa’s arm represents the Flexonics division of the wider organisation’s remit, operating primarily in the automotive manufacturing and energy markets.

While the wider Group also comprises an aerospace, defence, fluid conveyance and gas turbine entity, Senior Flexonics’ presence in South Africa was established with this specific automotive angle in mind.

Under this strategy, South Africa’s subsidiary was initiated in 1997 to bring the company closer to an existing multinational customer.

In producing flexible exhaust connectors to tier one suppliers in the region, the company has since diversified and expanded, again in line with its customers’ own migrations and demands.

“What you find with Senior Flexonics today is that we’re looking at different customers who are operating on a global scale and who are looking for local operations where they’re based,” Mancini continues. “The initial impact of that is that there’s possibly a reduction in the geographical locations the South African operation is going to be supplying to in terms of our automotive business. However, at the same time, it also opens another door because we are now able to participate in global quotation processes and market our capabilities to companies across the world for different requirements.

“The potential opportunities increase and therefore the slice of the pie we would get for supplying into Europe becomes bigger and the group as a whole improves turnover and revenue streams.”

Traditionally each company within the Senior group has operated fairly autonomously, however the integrated nature of the entire Senior organisation is something that Senior Flexonics in South Africa has always been keen to optimise. The South African management team is very much aware of the benefits integration provides in terms of capital investments, flexible decision making and the ability to keep ahead of industry trends.

In a saturated global market, Mancini attributes the company’s ongoing success to this balance of being an autonomous entity with global capabilities.

“Our access to the capabilities of our research and development facilities in Europe and North America – including our headquarters in London – as well as our marketing capabilities, is a big reason for the success of us as an autonomous unit,” the MD says.“Being part of a major group and people knowing that you have the backing to be able to invest in processes and technologies certainly does help us.

“During these times, you have to be investing to improve and to be reducing waste in products and processes in order to compete.”

To capitalise on this global influence even further, Mancini is now looking to bridge the slight gap between Senior Flexonics and its sister companies in order to bring the Group’s customers an even more comprehensive option in partnering with the company.

“What will change is that from previously working always as an autonomous unit, we want to move forward in understanding we’re part of a Group that has sister companies with a wide base of technologies and skills, and their products are sold in markets around the world and known as being class leading products,” he explains.

Senior Flexonics’ second major initiative over the coming months and years is to see it capitalising on its extensive global footprint by growing the overall business by at least 20 percent in its operating regions.

This inevitably requires a significant focus on its entire export footprint comprising Europe, the Americas and much of Asia, but will be supported by an underlying strategy of trying to become a more localised enterprise within Africa.

“When we started in 1997 most of our components and raw materials used in our manufacturing were imported; primarily from Europe,” recalls Mancini. “In support of the local manufacturing sector and the creation of employment, we initially targeted localising the purchasing of components that we would usually buy from companies outside of the Senior Group.”

By selecting a few key suppliers with the requisite capabilities and track record to carry out this function, Senior Flexonics has now reached a stage where 98 percent of its purchased components are done so within South Africa.

Mancini adds: “Our other opportunity in this area has included the local purchasing and sourcing of raw materials in the form of stainless steel, which we use to produce thin wall, 0.15mm thick, tubular products; a very specialised field we work in.”

This has been a timelier task in identifying the right suppliers and then bringing them up to speed to carry out such a complex activity, but the sustainability and long-term goals that will be achieved by establishing a local raw material supplier is certainly an investment worth making.

“Today, 60 percent of our raw material purchases come from Europe, which is an improvement on where we were,” Mancini notes. “However, in 2015 we are looking to complete the next phase and reduce the amount we import to less than 20 percent.

“By the end of this year, we should be using 80 percent local materials, drastically reducing lead times and carrying risks while also improving the sustainability of our operations for the benefit of our customers’ portfolios.”

The company’s general growth can be split into two distinct time periods since the business’s inception in South Africa, before and after the global economic crisis that befell most industries in 2009.

The international influence and flexible nature of Senior Flexonics’ operations has meant that the business has remained successful through both timeframes though, beginning with the dramatic and pleasantly surprising rise to prominence the organisation enjoyed in its early days.

“Over the years we’ve grown from producing locally to the one customer, to being an exporter to North and South America, Mexico, China, Europe and India as well,” Mancini explains. “Today, most of our products are exported with the number of employees also rising from 16 initially to 210 today.”

The most significant area of growth has been in regards to Senior Flexonics’ facilities though, quickly realising that its previous 2,500 square metre site in Cape Town would not be enough to cater for the business growth. A subsequent move to an 8,600 square metre facility, open 24 hours a day, five days a week, and incorporating the very best in health, safety and environmental standards, has ensured that the company is on top of the very latest industry and customer trends.

Post-2009 and Senior Flexonics’ drives have changed slightly to a more concerted focus on capital investments to improve internal efficiencies and developing its core capabilities in the form of thin wall tube forming and welding.

“This is with the view of improving our product quality,” Mancini adds. “We’ve invested more into automation and error-proofing of key assembly processes to meet the customers’ demands for better quality, more consistent products, and a better value offering to them.”

Finding differentiators in one specific region is challenging enough but when taking on an international export market in the manufacturing sector, the pressure on Senior Flexonics to keep adapting and finding unique selling points is even more challenging.

Through its dynamic and flexible workforce though, the company is able to integrate new processes and techniques very quickly and efficiently; an entrepreneurial attribute which Mancini sees translated to the service provided to its customers.

He notes: “The process layout is continuously being changed in order to be more lean and improve the visual management of our operations. This is done with a strong focus on improving material utilisation, tempo and throughput within the plant and making it easier to make decisions in an environment where the product mix and customer demands are constantly changing.

“However, our emphasis on processes and productivity is just one part of our approach. We have devoted significant attention to giving our employees opportunities for development and training and have been delighted to witness staff members who started off as operators qualify as artisans or engineers.”

Instilling the necessary work ethic and attitudes throughout the value chain, from employee to the supply chain, and through to its customers; Senior Flexonics is also especially proud of its work in enriching the lives of those in the surrounding South African communities via its corporate social responsibility efforts.

“One of the more notable things that happened back in 2009, while everyone was going through a tough time financially, was that the group CEO waived his bonus in its entirety in consideration of the difficulties that had been experienced across the Group by all employees,” the MD recalls. “The board then donated all that money to the various facilities to be donated, in turn, to a local charity in each area.

“Similarly, a number of times each year, and especially on Mandela day, the employees like to make a difference in the community by making food hampers or clothes parcels for those in need.

“In one respect, that has been our key differentiator over the years. What makes us different to our competitors is our people.”