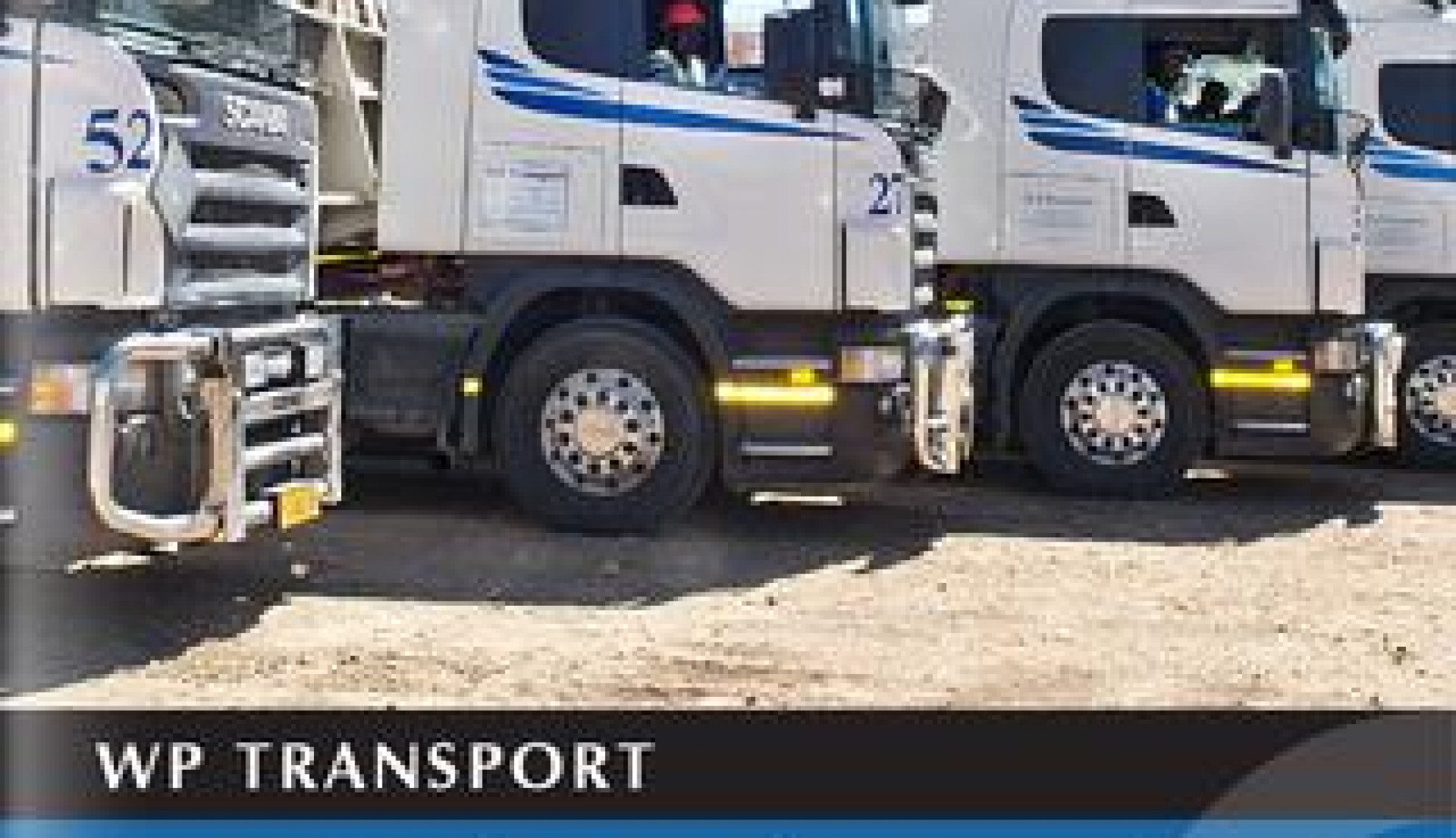 Freight Transporting on the Double

WP Transport has almost doubled in size as a consequence of the recent acquisition by Imperial Logistics, putting it in a prime position for further regional expansion

Despite already being a reputable, well-established and successful market player since the turn of the century, WP Transport is enjoying an even more exciting transition stage at present as it expands both its internal infrastructure and its footprint across Sub-Saharan Africa.

The Namibian freight transporting company has grown exponentially over the past 14 years from a small fleet of just 10 trucks in 2000, to its current state which comprises a fleet of more than 100. This is a figure that has doubled as recently as September 2014, however, thanks to an acquisition which promises to take WP Transport to the next frontier of success in the region.

“As it stands now, WP Transport is wholly owned by Imperial Logistics’ Africa division, but while our operations have remained a continuation of what we were achieving prior to last year, a significant change has come about in that we have acquired 50 more trucks from a sister company under the Imperial Logistics brand, doubling our fleet size as a consequence.”

This has laid the groundwork for extensive growth within WP Transport, with the new MD now focused on ensuring that the enhanced scope and financial backing is capitalised on fully.

“I’m a Namibian resident returning to the country so it was very exciting to join a well-established business like WP Transport with a strong customer base and set processes, and quality standards.

“We are now focussing on facilitating the expansion – integrating the new fleet, brought in from a different company, with different cultures and different ways of doing things, and the different people – into the WP Transport business.”

Incorporating these facets and building a stronger, more united entity within WP Transport has been van der Merwe’s initial goal since joining the company and this has begun with ensuring that the right skills are situated in the right places.

“The focus has been on building strong teams within WP Transport with operations managers, supervisors and driver trainers all in place, and supported by an administrative and technical team to all function together optimally, and to create a high performance culture within the business,” the MD says. “There’s a lot of talent in the business so identifying the right people and putting them in the right places so they can function to the optimum of their abilities was a key target.”

The significance of such a strategy is made even more pivotal considering the inherent shortage of skills within the industry in Namibia at present and the subsequent pressure that is therefore placed on retaining the best personnel possible.

Van der Merwe continues: “There is an immense shortage of skills when it comes to middle and senior management level in Namibia, but WP Transport is blessed with incredible personnel. Four of the five operations managers have been here many years and hold vast experience.”

Even more impressively, these four individuals actually began life in the company as truck drivers, emphasising another core facet of the business’s continuous improvement strategy to encourage internal growth.

“We have a big local focus in the company and on progression through the company, making the most of the big talent pool that we have,” van der Merwe notes. “If you invest in your people, spend quality time with them, give them the right tools to be able to do their work, encourage them to take accountability, and allow them to show initiative, then you can really grow your people internally to become the top managers that you want.”

A strong internal structure has been pivotal to WP Transport’s success over the years, and another vital stepping stone in that ongoing development in 2015 will include the company striving for ISO 9001 and ISO 18001 accreditation to emphasise its adherence to occupational health and safety regulations.

This will have a direct knock-on effect on arguably the company’s other key differentiator in the market; the establishment and retention of clients.

“WP Transport has worked with key clients like Coca-Cola Namibia and Namibia Breweries for a number of years so our aggressive growth over the past six years combined with the expansion of our fleet has helped facilitate the growth of our clients too, giving them additional flexibility for that contract,” van der Merwe explains.

Other key clients of WP Transport’s include numerous household names within the retail world, as well as massive multinational brands including Nestle, and DHL Global Freight Forwarding; signifying the company’s standing within the industry and especially now with the additional backing of the Imperial Logistics name.

van der Merwe adds: “The type of clients we have worked with over the years has allowed WP Transport to build a strong brand with a reputation for good quality service, reliability, efficiency, flexibility and, most importantly, competitive pricing.

“We manage and communicate with our existing clients on a daily basis, while establishing new clients via word of mouth which has been achieved as a result of our strong presence in the industry.”

Currently, this strong presence is not only apparent within the company’s native Namibia but across most of Sub-Saharan Africa, with 70 percent of WP Transport’s distribution network occurring cross-border to South Africa, Angola, Zambia, Botswana, Mozambique and Zimbabwe.

“We cover most of Southern Africa, and while Coca-Cola Namibia is our core contract locally and our biggest client on a national scale, everything else we do is basically cross-border work,” van der Merwe notes.

This international scope presents both opportunities and challenges, as WP Transport has to negotiate regional differences in its operations to optimise the potential that comes from being a multinational player in the logistics domain.

However, the advantages far outweigh the disadvantages, and as the business continues to expand, so too does the lure of doing business with such a company.

“There are a lot of companies in the region, and especially South Africa, who are expanding and looking to export to neighbouring countries; especially to places like Angola and Zambia where we are seeing a lot of growth. So for them to know they could have a strategic transport partner that is reliable and with a good infrastructure, it gives them the security to push for growth into these new markets with us.”

The amount of competitive advantages that WP Transport has escalates on an almost yearly basis and van der Merwe now pinpoints three facets as being the most critical to the company’s ongoing growth in the future.

The strength of the WP Transport workforce is certainly one, complementing a core infrastructure of 100 trucks which the new MD notes as the second core asset.

“There are not many freight transporters in Namibia, operating in our segment of the industry, with a fleet size in excess of 100 trucks,” he says. “This gives us economy of scale, allowing for better flexibility, service delivery, reliability and pricing.

“The final big contributing factor now is that we are part of Imperial Logistics so we have that financial ability and backup. If we want to carry out any large capital investments for growth, fleet expansion or fleet replacement, we have the ability to do that, while they also support areas of our business processes like marketing.”

All of these differentiating factors will be put to good use over the coming years, as Namibia looks set to become a logistics hub in the future.

The renovation currently occurring in the coastal region of Walvis Bay will open up a myriad of business opportunities, and no more so for the supply chain sector.

van der Merwe concludes: “We believe Namibia is very well placed in Sub-Saharan Africa to become the logistical hub for the region, with the expansion that is in progress now at Walvis Bay.

“There will be bigger volumes of products running in and out of Walvis Bay and the continent, and in two-five years’ time we would like to be one of the prominent freight transporters servicing this concept of a logistics hub in Southern Africa.”