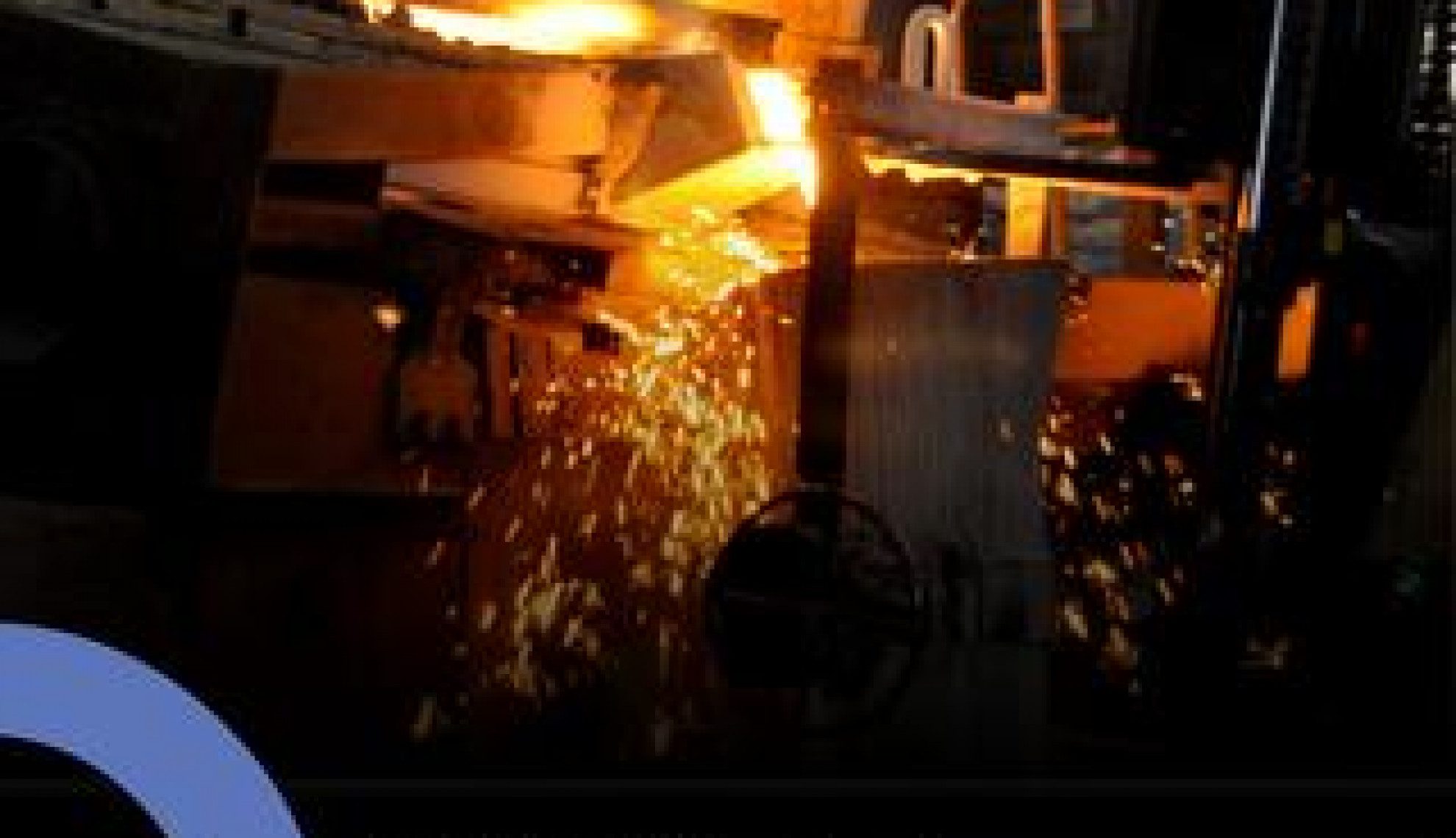 The first port of call for all of South Africa’s major OEMs, Auto Industrial has established itself as a leading market player through ongoing investments and a commitment to quality

For more than 40 years, Auto Industrial Group has been an integrated provider of machined and assembly, ductile and grey iron castings as well as hot steel forgings of various automotive components. With a total of five production facilities, which includes two machining plants, two foundries and one forge, Auto In dustrial’s capacity and competency serves all of the major automotive Original Equipment Manufacturers (OEMs) who assemble in South Africa. This extensive manufacturing footprint manages to produce approximately four million automotive components annually.

Earlier this year, a change of ownership occurred at Auto Industrial. Previously the company operated within the ZF Group, a global manufacturer of transmission and steering systems as well as chassis components and axles. Auto Industrial was considered a non-core business and capital expenditure was very limited. With plans to expand and improve, Auto Industrial proposed that the business be sold and after a lengthy process, Trinitas Private Equity bought 70% of the company’s shares, and management 30% of the shares. This deal was effective from 1st January 2014.

Auto Industrial’s CEO Andrea Moz believes that the company’s ongoing investments, attention to detail and commitment to local businesses and communities make it stand out from industry rivals: “We continually invest in the latest technology and always put in the required capacity as and when needed,” he reveals. “Our core focus is the manufacture of safety critical world class products.”

“We are the sole manufacturer in the local market for our products and accordingly we are the first point of call for all seven OEMs that have local manufacturing plants for new projects. We pride ourselves in producing and procuring locally. Our products are in excess of 95% local.”

Moz also goes on to say that keeping a close and meaningful relationship with all of the OEMs while satisfying their ever-changing requirements has also helped Auto Industrial build its profile in South Africa. “We have a long relationship with all the OEMs based on good quality products, supplied on time and at a reasonable price,” he notes. “The focus on various OEM’s has changed over the years depending on their own strategy of vehicles produced and in-house component manufacturing. Over the past 40 years we have virtually removed all OEM in-house manufacture of our core components.”

On top of that, Auto Industrial manufacturers most tooling in-house, which significantly reduces lead times when implementing new projects. Value added production chains, from foundry or forge to machine and assembly, add to the company’s allencompassing product offering too.

Even though Auto Industrial manufactures a wide range of highquality components, its portfolio is quite unique, as not many other companies are able to supply these products.

Moz explains: “The steering knuckle, brake disc, brake drum and wheel hub are the core products sold by the company. For these products, there are no other competitive local suppliers. However, we also manufacture many other products like differential components, gearbox covers, flywheels, clutch plates, brackets and ball joint attachments among others.”

When new vehicle models enter the market, Auto Industrial invests in its manufacturing capacity accordingly. At the moment, the company is working on the tooling required for the new Toyota Hilux and Fortuner, where investment will exceed R40 million. Together with localisation projects alongside General Motors South Africa and the next generation Volkswagen Polo, Moz believes that by 2016 more than 10% of Auto Industrial’s business will come from products it has never made before.

“The South African market is no different to the rest of the world, local OEMs compete for the business just the same as any other country,” cites Moz. He goes on to add that Auto Industrial has to achieve the same quality standards and supply performance, whilst competing with the best in the world on price, in order to gain the upper hand in other areas.

However, just like any other business, Auto Industrial faces a number of challenges. Along with higher operating costs for labour and electricity, Moz believes that demands by the Unions and Eskom are excessive. Not only could this lead to companies becoming uncompetitive, the whole manufacturing sector in South Africa may also suffer as a result too.

“These increased operating costs may ultimately drive the OEMs to move the business to other countries who offer far more favourable trading conditions,” he fears. Even so, Auto Industrial takes a proactive and positive approach to certain obstacles that are within the company’s control.

“On the energy front, we continuously invest in the latest technology to reduce consumption as well as looking for better ways to plan our production to reduce peak time usage of electricity,” notes Moz. “On the labour cost issue, management have to become better at allocating and controlling resources. In addition, automation is always an option.”

Another problem that Auto Industrial has faced in recent years is the recruiting of skilled staff with the expertise required to manufacture automotive components. Partnered by private and government initiatives, the company has sent employees for training or recruited students who have previously completed their academic studies. These include millwright apprentices, toolmakers and electricians. The next initiative will give students the opportunity to work and gain valuable experience in a foundry.

Having said that, the automotive industry has recently identified the need to update certain qualifications in line with the new QCTO (Quality Council for Trades and Occupations) format. “This will ensure that consistent standards are in place to train shop floor employees in the automotive component manufacturing industry,” reveals Moz. “The QCTO will offer structured development through qualifications that relate to hand assemblers, operators and machine setter occupations.”

At the request of stakeholders in the automotive component industry, the merSETA, which is an education and training authority established to promote skills development, has co-opted Auto Industrial on this initiative. “Two senior managers from our company sit on a panel of 8-12 subject matter experts, from a range of companies, to assist the merSETA in developing the qualification,” notes Moz. “Over the past three years we have invested more in training than the 10 years prior to that combined.”

In order to bring employment stability to the company, the Metal and Engineering Industry Bargaining Council (MEIBC) of which Auto Industrial is affiliated, recently established a wage agreement with workers for a total of three years. Currently, approximately 750 people are employed directly by In the aftermarket there are huge opportunities that may be considered in the future Auto Industrial, but many other jobs are dependent on Auto Industrial via the supply chain.

Apart from the global economic downturn in 2008/2009, where the majority of worldwide manufacturing businesses suffered, Auto Industrial has recorded year on year growth and significantly increased turnover annually. What’s more, the introduction of new products in 2016 will add another string to Auto Industrial’s bow. However, that doesn’t mean to say it will not look for new avenues of opportunity or stop investing in key areas.

“There are still several markets that remain untapped by Auto Industrial,” notes Moz. “In the aftermarket there are huge opportunities that may be considered in the future.”

To achieve further growth, Moz says that Auto Industrial needs to invest in a third foundry line. At this moment in time, the company is planning the equipment and technology increase group capacity by 25%.

Regardless of what the future has in store, Moz believes that Auto Industrial will continue to put money back into the business and provide clients with added value. After all, this is how Auto Industrial managed to establish itself as a leading South African automotive component player in the first place.

“Significant investment in new technologies and processes have provided a platform to develop new products on time and at targeted selling prices,” boasts Moz. The value added chain, from the foundry to machined part is also a significant advantage. In addition, we have been very successful in controlling our costs, which is paramount in the motor industry.”

Further to ongoing investment, the company has embarked on a strategic vision, the name adopted is Project 5 55 5 (Five Double Five Five) and quite simply it means in a five year period , turnover must increase by 55% and productivity improvements of 5% year on year must be achieved. This vision is not a pipe dream as the business is certainly there and with the right investment, the cost savings of 5% would not be an unrealistic expectation. Further information regarding the company can be found on the company’s website: www.autoindustrial.co.za