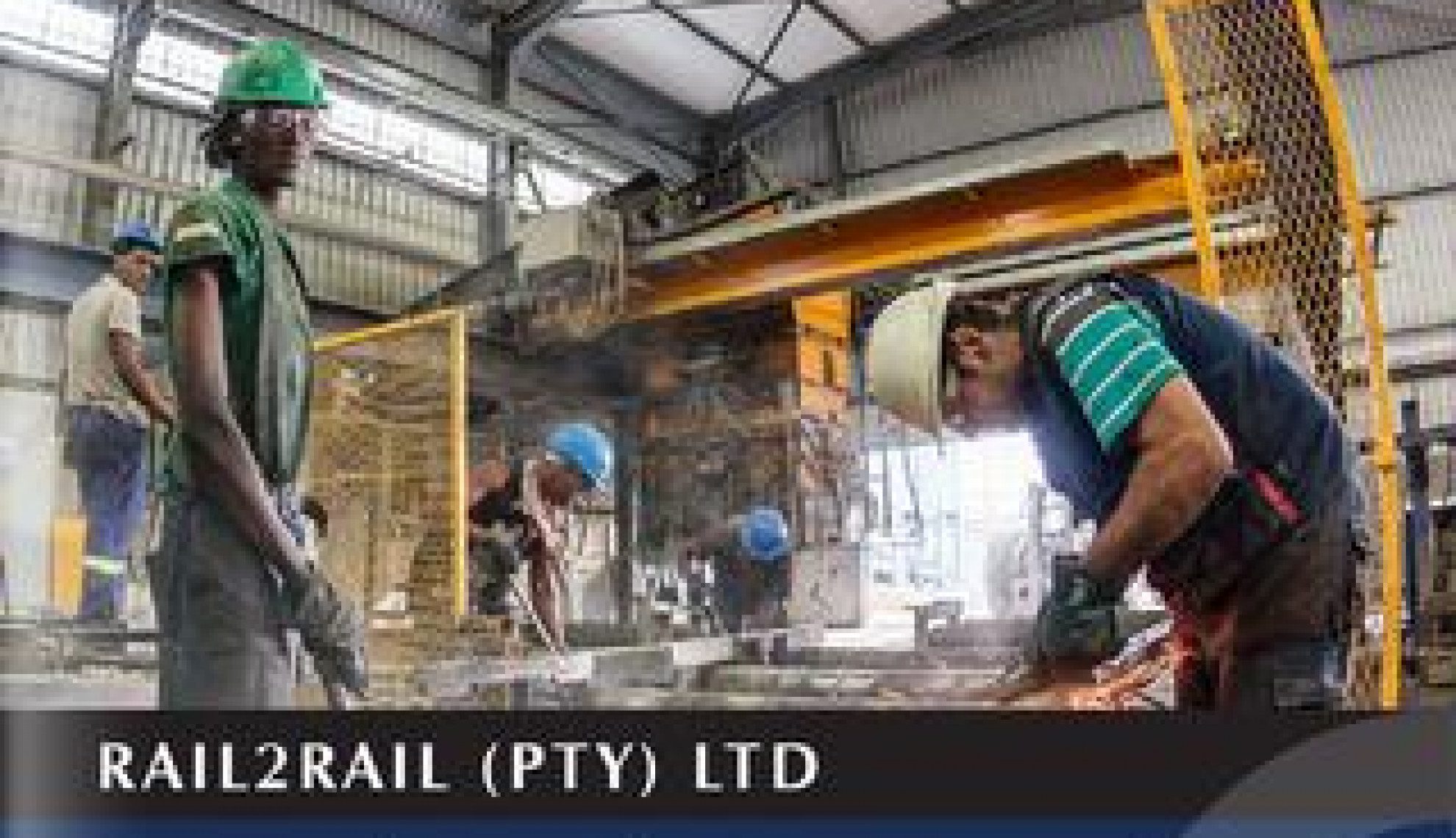 Established in 2007 as a home-grown, all-African solution designed to provide much needed upgrades to South Africa’s rail network, Rail2Rail (Pty) Ltd has provided more than three quarters of a million sleepers to Transnet Freight Rail in the country to date; proudly working with the reputable Company to maintain South Africa’s freight railways, consisting of a network which has 22,000 kilometres of track. In total, Rail2Rail has the capacity to produce approximately 350,000 sleepers a year.

After searching the world for the right sleeper production methods, the Company eventually struck a lucrative licence agreement with Rail One GmbH, one of the largest sleeper producers in Germany and Europe. Comprising nine production plants all over the world, Rail2Rail was able to leverage European industry expertise and went on to establish a high-tech state-of-the-art production facility in Kimberley, South Africa two years later.

One of the most impoverished provinces in South Africa, Kimberley’s location in the Northern Cape was strategically selected due to its central geographic location relative to the rest of the country; facilitating easier distribution of sleepers. But perhaps most vitally, Rail2Rail’s location means it can provide much-needed employment opportunities locally. The province has the highest unemployment rate in the country, which Rail2Rail is trying to overturn, now employing more than 80 employees while also contributing to local economic development via its corporate social responsibility activities spanning key impactful community improvement areas.

“It is important that we adopt a localisation strategy where possible and as such, around 60 percent of our monthly operational expenditure is to suppliers around the Kimberley area.

“Similarly, as a relatively new company, it is imperative that the growth of the business remains our focus, and localisation plays an integral part in maintaining this going forward,” detailed the website.

In order to secure continual growth, Rail2Rail provides ongoing maintenance for Transnet’s demand strategy, vowing to maintain profitable relationships with industry professionals.  “Securing this all-important contract after applying to Transnet Freight Rail during the competitive supplier development programme for concrete sleeper producers was a great achievement that confirms our leading position in the rail industry,” highlighted the Company.

With technology-enhanced manufacturing facilities designed specifically for the production of pre-stressed PY P2 and FY concrete railway sleepers, Rail2Rail utilises a continuous process production method including a carousel system with quadruple modules, the latest de-moulding system and the ability to pre-stress the sleepers with profiled steel wires or rods. The Company further explained: “The manufacturing process of each sleeper is organised around a non-stop carousel system operation, featuring a continuous, closed cycle. The sleepers are produced in quadruple moulds. Each mould is moved simultaneously through the cycle from one station to the next.

“At each station, appropriately trained and respectively qualified workers and equipment perform processes assigned to them. The de-moulding takes place after the respective curing period (which is essentially the late de-moulding system).”

“We pride ourselves in always delivering the best product we possibly can. With this in mind, the Transnet specified concrete strength for the sleepers were an impressive 60MPa in 28 days.  We also have to meet cube strengths of between 48 and 50MPa before the sleepers were de-moulded.

“Furthermore, sleeper production at Rail2Rail involves strict quality control procedures and conforming to top quality tests, from receiving the raw materials right through to testing the end-product,” commented the Company.

Renowned for the quality of its products and strong reputation among key rail investors in South Africa, Rail2Rail continues to differentiate itself from the competition with its continuous production method, ensuring the most efficient and timely delivery possible for the final sleeper product, which is a major advantage over its competitors.