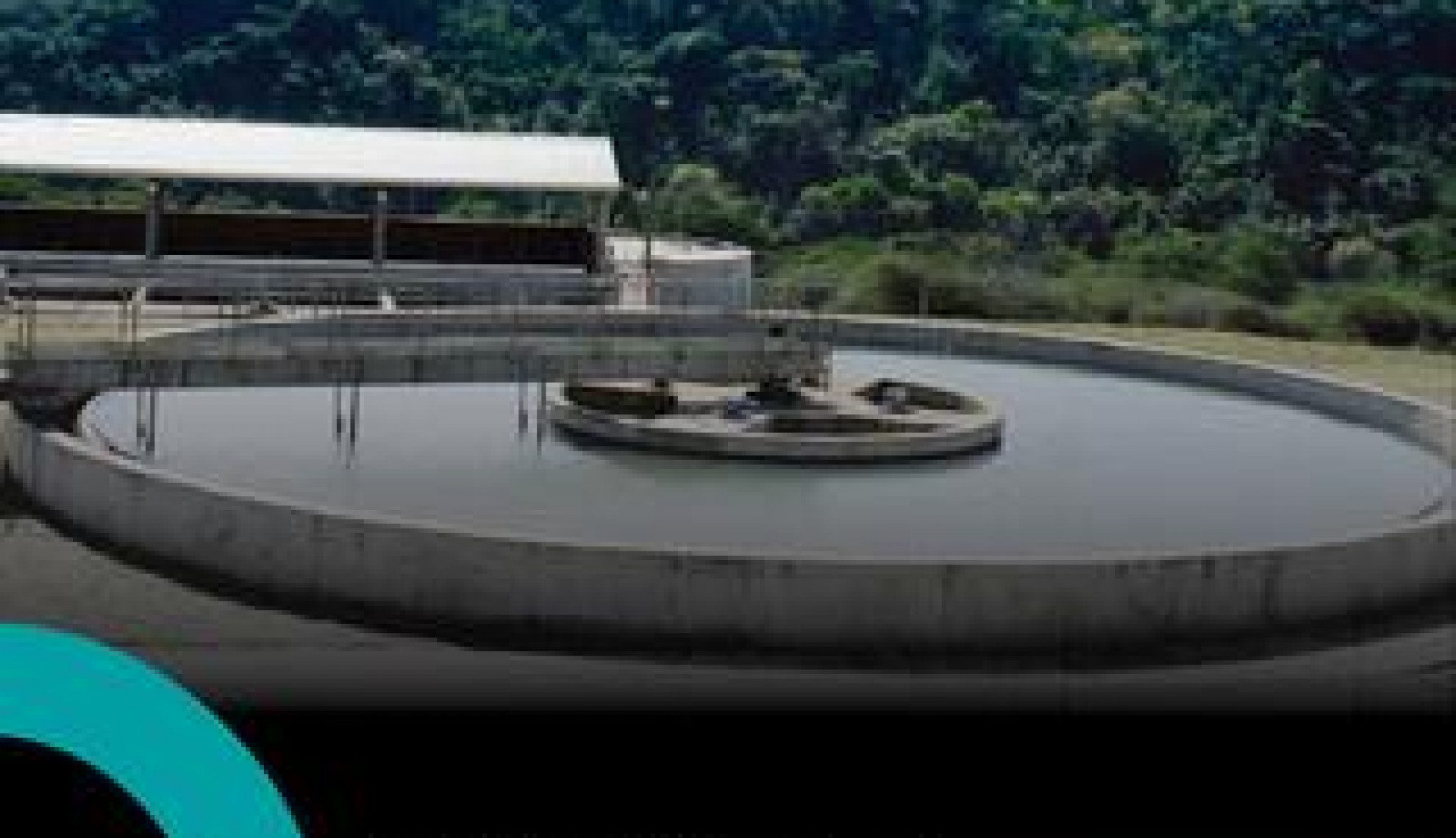 uThungulu strives to be an economically viable district, with effective infrastructure that supports job creation through economic growth, rural development and promotion of their rich heritage

The magnificent uThungulu District is located in the north-eastern region of the KwaZulu-Natal province on the eastern seaboard of South Africa. The District has the third highest population in the province and stretches from the agricultural town of Gingindlovu in the south, to the uMfolozi River in the north and inland to the mountainous beauty of rural Nkandla.

uThungulu strives to be an economically viable district, with effective infrastructure that supports job creation through economic growth, rural development and promotion of their rich heritage.

For the seventh time, the District were awarded Best IDP (Integrated Development Plan) in the province, remaining in the top 10 IDP’s for over ten years.

Gateway to the World
uThungulu’s gateway to the world markets is the Port of Richards Bay, which is the largest deep-water port on the African continent. The harbour facilities at Richards Bay are world-class and there is tremendous potential for further expansion of this Industrial Development Zone. “This has resulted in Richards Bay becoming the fastest growing urban centre in South Africa, boosting economic activity and attracting international investors,” the District Mayor, Cllr Thembeka Mchunu remarks.

The port imports the highest volume of bulk cargo of all African ports and has double the capacity of the Port of Durban, handling in excess of 75 million tons of cargo annually.

Economic Powerhouse
The city of uMhlathuze comprises the economic powerhouse of Richards Bay and Empangeni, and its supporting areas of Esikhawini, Ngwelezane, Nseleni, Felixton, Vulindlela, and rural areas. The city of uMhlathuze is not only financially stable, but offers investors and visitors first class facilities, services and infrastructure. The city is the home to world class industry and the world’s largest export coal terminal Richards Bay Coal Terminal.

“These companies not only create direct job opportunities, but stimulate the development of supporting service industries. The availability of raw materials in the area for further beneficiation such as aluminium, titanium, zirconium, iron, steel, sugar, timber and fertiliser has resulted in recent initiatives to develop small and medium sized businesses,” says District Mayor Thembeka Mchunu.

Legacy Projects
uThungulu’s legacy project, the District Fresh Produce Market, is a Mayoral initiative that will cumulatively address the triple threats of poverty, food security and unemployment in the district. “Our Pre-Market was officially opened by the President of the Republic of South Africa, Mr Jacob Zuma on 6th May 2014, and it is the forerunner to the construction of our very own multimillion Rand market facility,” Mayor Mchunu comments.

Farmers who were trained in this financial year are already supplying local retailers with their produce and the municipality anticipates that the Pre-Market will be a sound vehicle for economic development and agricultural growth in rural areas.

Bulk Water Scheme
Behind these strict core values are a series of projects, some of the most prominent being improvements to the water supply across uThungulu. The Minister of Water Affairs, Mrs Edna Molewa, officially opened the uThungulu District Municipality’s largest regional bulk water scheme in the Mthonjaneni Municipality last August.

The event saw the momentous launch of a water project that will considerably change the lives of people of the district and achieve our aim of maximising service delivery within the shortest time frame. The Greater Mthonjaneni bulk water project began construction in 2007 and it services parts of uMlalazi, Mthonjaneni and Ntambanana local municipalities. The project is aimed at eradicating water backlogs of 30 percent.

“The source of water for this project is Lake Phobane and when fully operational the project will have a capacity of about 40 Mℓ/day. The regional water supply scheme is the central portion of the district encompassing the whole of Mthonjaneni Local Municipality, and parts of Ntambanana and uMlalazi Local Municipality areas, representing approximately 35 percent of the total area and 40 percent of the total population residing within uThungulu,” the Mayor cites.

Close to 700 households are the beneficiaries of Phase 1, all of whom are residing in deep rural areas. When completed, the project will provide water services to over 281,864 people within the service area.

The completion of the project will also ensure the delivery of sustainable basic water services, the enhancement of economic development towards achieving the national services target by 2014, the objectives of water for growth and development, employment and redistribution. Job creation has also been a strong focus, with 846 jobs created during Phase 1.

Poverty Alleviation
KwaMbonambi, with its abundance of land has been as identified as a primary development node. “The need to address poverty, crime and the HIV/Aids pandemic are major challenges facing local government in the District. A multi-purpose centre and ‘mini hospital’ has been constructed in Ntambanana, the first of its kind in South Africa which will not only provide medical help for residents there, but also enrich all aspects of their lives,” emphasises the Mayor. The Luwamba Centre has facilities for admitting and treating patients, HIV and Aids patients and a community outreach programme that deals with prevention of illnesses.

Zulu Kingdom
uThungulu forms a gateway to some of the country’s finest game reserves and is rich in cultural heritage, offering a unique Zulu Kingdom experience. The district shares the branding Heart and Soul of the Zulu Kingdom with its neighbouring district municipality, Zululand. The temperate climate and warm seas off the coastline make it an ideal location for the development of tourism facilities to generate economic growth.

Thula-Thula is a world-class luxury game reserve in the Ntambanana municipal area, which came under the international spotlight in 2004 when its developer Lawrence Anthony travelled to Iraq to rescue animals in the Baghdad Zoo. Anthony, who passed away two years ago, has left behind a legacy as the Elephant Whisperer for his work with elephants and his efforts at the rhino conservation.

Nkandla is situated in a remote area of breathtaking mountainous beauty, which consists mainly of tribal lands and state-owned land. The area has a wealth of undisturbed forests, which boast many indigenous species. Nkandla has a claim to be the ‘cradle’ of Zulu history.

uThungulu’s flagship community tourism project, the Amatshenezimpisi Resort, was officially opened west of Nkandla on a small game reserve managed by Ezemvelo KZN Wildlife. The stilted chalets offer sweeping views of the uMhlathuze River as it winds its way to the coast and the surrounding mountains.

High Achievers
uThungulu District Municipality boasts many awards and accolades. “For the financial year of 2013, we were incredibly proud to be one of only seven municipalities in KZN to receive a clean audit. Our two entities also received clean audits,” Mayor Mchunu explains. Additionally, the District also won the award for Best Performing District at the KZN Municipal Excellence Awards, held in October 2013. Back in 2012, uThungulu was a runner-up for the Best District in KZN in the Municipal Excellence Awards. uThungulu was recognised for the multi-million rand Middledrift bulk water project; its green economy projects and the KwaBulawayo Cultural Centre.

Partnering for the Future
uThungulu District Municipality is promoting economic development in the province by profiling and facilitating specific investment opportunities in the province. The municipality has identified key sectors in the region with high growth potential and targeted opportunities within these sectors that will lead to sustainable economic development for the communities involved. For this reason, it pursues partnerships with the private and public sectors, as well as international investors, to provide equitable and sustainable services.