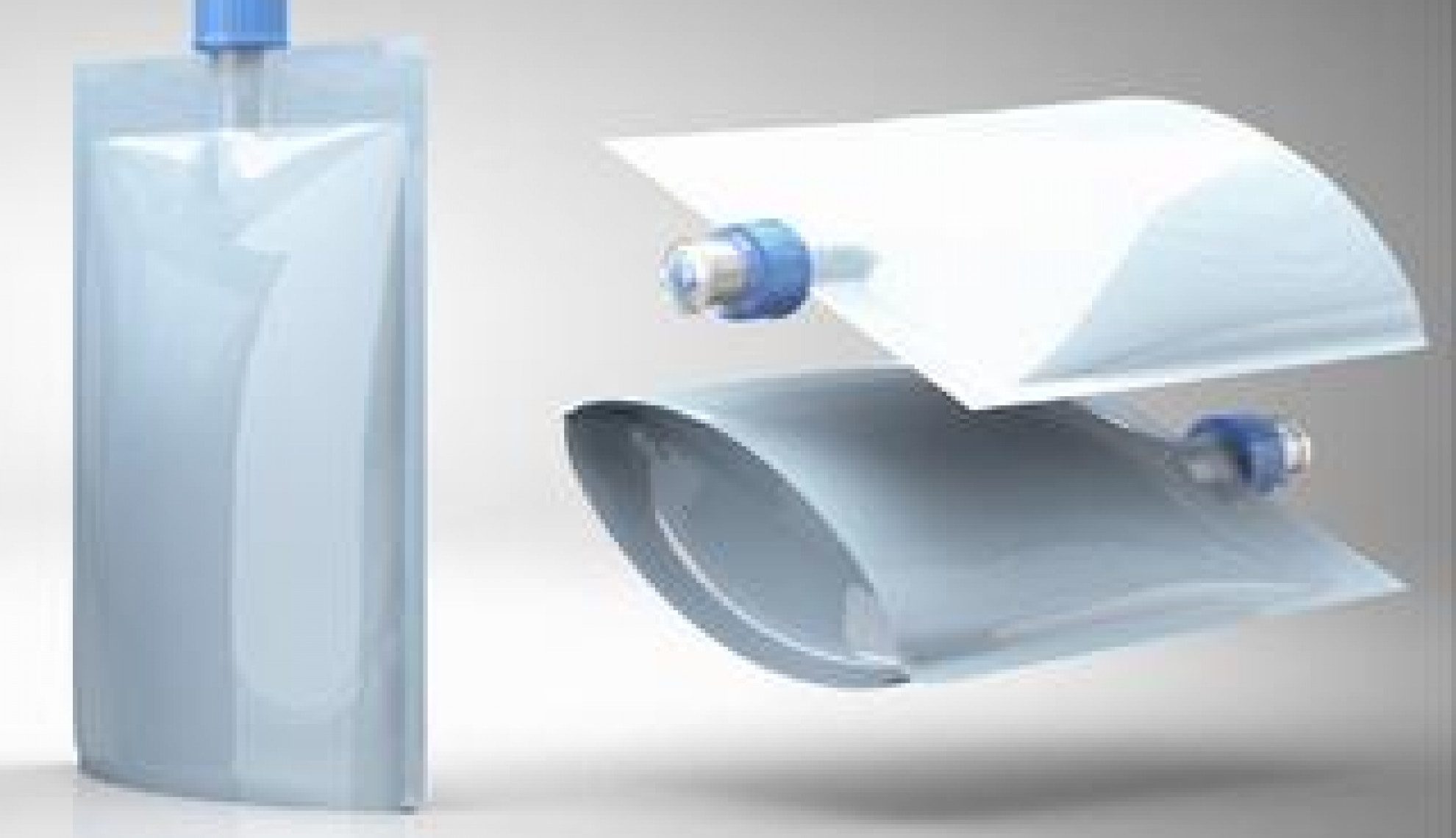 Heinz Pospech is the man behind Pouch Dynamics, a South African company that has become a well-established manufacturer of top-quality bags and pouches for either large or small runs and which differentiates itself as a supplier of “innovative” pouches. His story began well over a decade ago when he quit the corporate packaging world at 34 and set about establishing his own company and fortune. “I had a background in the flexibles arena and started with pouches I thought would be profitable,” Pospech explains.

The journey started with an Iverslee pouch-making machine and in January 2000 the first three-sided pouch came off the line.

Today it’s one of several lines at Pouch Dynamic’s current home, a purpose-built cutting-edge facility in Capricorn Park, Muizenberg. “It was touch and go in the early years but soon we secured business with some national companies and we started to grow, especially in the biltong, window putty and fresh produce markets.

“Over the years we’ve turned out over 100 million bags,” he says.

A focus on customer requirements and a flexible approach has stood the company in good stead and reflects a large list of both local and export customers. Owner-managed Pouch Dynamics is a company continually pushing the envelope and current capacity is ten million pouches per month.

“I think it was in 2003 that we bought a Nishibee pouch-maker which opened the door to bigger bags, especially black/gold/silver backed bags with clear fronts for the processed meat industry,” says Pospech. “But as we grew and evolved, it soon became clear that life in commodity pouch-making was getting tougher and tougher because of the local competition and imports and so we thought a little differently.”

This realisation saw Pouch Dynamics become the first converter in the country to make quad-sealed bags. It was a game-changing moment.

“Compared to traditional sidegusseted bags, the quad-bag offers a number of advantages – and they are also very flexible,” Pospech says. “They’re used for ground coffee, dried fruit and pet food.” Soon after, Pouch Dynamics moved to the new factory in Capricorn Park. The year was 2006.

“It wasn’t long before we entered the stand-up bag market,” says Pospech. “This machine allowed the production of standing bags with many outstanding features and advantages.”

And it was around this time that Cliff Augustyn, a man highly experienced in packaging production and design, came into the business. It was another milestone.

“I realised I needed someone like Cliff and he has helped to transform our business,” says Pospech.

The theme of the discussion was clear – evolution. And how the company has evolved.

“As much as we have evolved, we haven’t lost our focus on the smaller guys and we are happy to deal with large and small runs and to cope with short lead times,” stresses Pospech. “We’re agile, we’re quick, we’re creative – and we like to get things done. We jump through hoops and barriers aren’t an obstacle.”

Pouch Dynamics doesn’t compete head-on with traditional flexible packaging printers and sticks to its core business of bag and pouch making. This too has been a historical strength. It doesn’t extrude, laminate or print material and is able to pass on the benefits of that approach to its clients in terms of service, technology and price.

Velcro zipper pouches for powders and a polypropene vegetable standing bag,” Pospech reveals. “Those are the latest innovations. We are always looking at being the first to bring something new, to innovate and to grow. That is what we are about and it is our big differentiation. When customers come with new idea or different forms of packing, we engage with them. We never say no because we don’t currently do it. We engage with our customers and 85 percent of the time we get it right and come up with solutions. We’re driven by innovation.”

“And we not only the biggest producer of laminated pouches but the company that has the widest spectrum of types of bags under one roof.”

Next on the radar? Africa.

“South Africa is one-size and extremely competitive so the real growth is looking across the borders and looking at companies that are exporting the final product – remember we don’t fill the packs. We have got to engage with the guys that are actually exporting. But yes, we have to go more into Africa. Where do we want to be? We want to grow to become an international player, regionally and then probably for the southern region and then who knows? Could probably be a global player!”