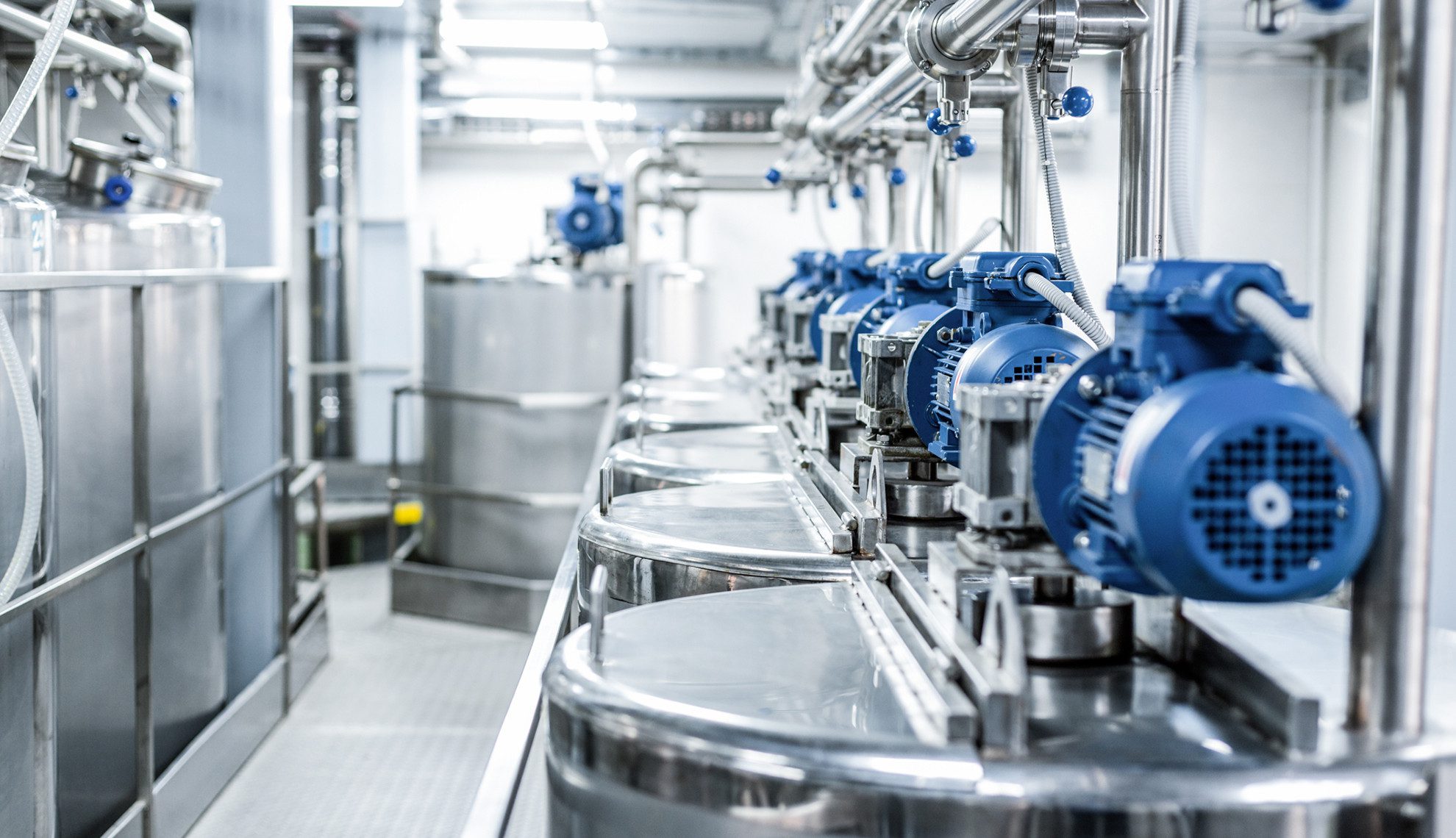 The Spirit of Ethiopia

Ethiopia’s National Alcohol & Liquor Factory has been producing alcohol since 1906, combining this historical legacy with a drive towards modernisation
Writer: Dani Redd  |  Project Manager: Ryan Gray
Gin is a distilled alcoholic drink that derives its predominant flavour from juniper berries. It originated as a medicinal liquor produced by Italian monks, and soon became an object of commerce in the spirits industry.
Gin became widespread in the UK after William of Orange’s Glorious Revolution in 1688, and subsequent import restrictions on French brandy. By the 1730s, more than 10 million gallons of gin were being distilled annually in London – it was made at factories and at home in bathtubs, hawked by pedlars and given as substitutes for wages. The population was so gin-crazed that parliament had to pass five major legislative acts to prohibit production and consumption.
Gin travelled to lands prone to malarial infections with British soldiers and colonists, and soon became the drink of choice to mask the bitter flavour of the anti-malarial quinine.

Indeed, fast forward to the present day and this medicinal elixir has evolved to the delicious gin and tonic we know and love. Gin is undergoing a renaissance, with new craft brands skilfully blending interesting new herbal and floral botanicals. And this popularity isn’t just restricted to European countries like the UK and Holland.
“My favourite liquor is Baro’s Dry Gin,” says Mesfin Abate Woldesenbet, CEO of Ethiopia’s National Alcohol & Liquor Factory (NALF). “The quality of gin we are producing is equal to the international standard, with a reasonable price – many customers in Ethiopia prefer it to drink.”
Mesfin joined NALF in 2008, following a career at Tabor Ceramics sh. Co. where he worked as Production and Technical Operation Sector Manager, and Finchaa Sugar Factory where he worked as Ethanol Plant Head.
“When I joined NALF as Mekanissa Branch Factory Manager I was faced with a big challenge,” he recalls. “The factory’s machinery was old and the technology in place was not compatible with current factories. This made it difficult to compete with the newly emergent liquor industries in Ethiopia.
“Productivity was declining and the Mekanissa factory was only reaching 40 percent of capacity utilisation – the responsibility to rehabilitate the plants and regain the lost market share was on the shoulders of top management.”
The now-CEO relished the challenge. He has made it his task to ensure the success of the factory, transforming the organisation in every aspect from capacity to technology; from human resource development to different systems implementation.
A prominent presence
According to the CEO, Ethiopia’s liquor industry is growing at an exponential rate. Up until 1995, NALF was the only factory in the country making pure alcohol for liquor production, but now there are many such production lines. But in an increasingly competitive sector, NALF stands out.
National Alcohol & Liquor Factory is a state-owned business organisation, which has been pioneering alcohol production in Ethiopia since its Sebeta branch factory was established in 1906.
It currently has two facilities and produces extra neutral alcohol (ENA) used in liquor production, laboratory work, and medicine production; denatured alcohol for clinical purposes, used in beauty salons and cleaning equipment; and its own brand liquors. These include Baro’s Dry Gin, Vodka, Ouzo and Coffee Liqueur.
NALF’s Mekanissa factory distillery plant produces 18,000 litres of ENA per day, while its Sebeta branch produces 12,000 litres. NALF’s overall annual designed production capacity is 10,950,000 litres and nine million litre attainable capacity.
Over the 2019/20 budget year, NALF produced 5,260,413 litres of ENA, 12,999,193 litres of various liquors, 128,845 litres of hand sanitiser and 522,268 litres of denatured alcohol. This performance data shows a deviation from the factory’s attainable capacity. According to the CEO, this is in large part due to local input shortage of ingredients such as molasses and technical alcohol.
NALF employs around 1,070 workers in permanent, temporary and contract positions, and through outsourced activities such as unloading, cleaning and security. Its clients are both regional and foreign agents, groceries, hotels and restaurants.
“National Alcohol & Liquor Factory occupies a pioneering status, signalling a major breakthrough in the onset of beverage industrialisation in Ethiopia over the last century,” the CEO says.
The need to modernise
Over the years, the factory has improved its manufacturing technologies and production capacity, while being reliant on old machinery. But a few years ago, it became apparent that the demand for liquor products in Ethiopia outweighed the supply.
“The factory’s management decided to conduct a market and feasibility study. The study clearly indicated the growth of demand for liquor products over the upcoming years, and that producing these liquors is highly feasible. The feasibility study also showed the existence of growing demand for Ethiopian liquor products abroad,” Mesfin says.
Many Ethiopians – especially those who live in rural areas – partake of traditional drinks such as tej, a honey wine flavoured with gesho twigs. But according to the CEO, there is an increasing appetite for beer, spirits, soft drinks and bottled water across the country.
In order to keep up with demand, NALF needed to modernise and improve capacity.
“The factory, then, started to implement expansion and rehabilitation of its old and downsized plant machinery. The expansion, in addition to the rehabilitation, increased the production capacity of the factory to more than four times the previous capacity,” he says.
“For example, the factory has erected a new distillery plant at Sebeta with a production capacity of 12,000 litres of ENA per day, where previously it was only 2,000 litres per day.”
A caring company
NALF’s awareness of market demand and willingness to meet it by continually modernising machinery is one of the things that stand it apart. Another factor that distinguishes it from the competition is its customer-focussed care. NALF aims to fully satisfy its customers’ needs and expectations, while also enhancing the wellbeing of society.
According to the CEO, NALF supports several governmental organisations and NGOs. One of these is Mekedonia, a local NGO focussed on improving the lives of the elderly and those with mental health through provision of shelter, food, clothes, medicine and education. It has undertaken vital construction projects, such as building toilets and showers for a community in Lideta Sub City, woreda 10. Meanwhile, it also supports the communities adjacent to its factories by providing food and edible oil.
NALF extends this ethos of care and compassion to stakeholders, employees and suppliers.

“We have a very good relationship with all our partners and arrange discussion forums periodically,” Mesfin explains.
The CEO is acutely aware of the importance of suppliers to the seamless running of the business.
“Suppliers are our main partners,” he continues. “Especially in our country the local input (molasses and technical alcohol) is under monopoly with the Ethiopian Sugar Corporation. So, our growth depends on the corporation’s capacity to supply.”
However, there is high deviation between the input NALF demands and what the Ethiopian Sugar Corporation can supply.
“We are looking for an alternative input which will substitute molasses and technical alcohol. We formed a steering committee to look for possible substitutes for the current local inputs by commissioning an alternative raw material feasibility study,” the CEO explains.
In addition to Ethiopian Sugar Corporation, NALF partners with many suppliers both locally and abroad. It uses them to obtain vital ingredients, including essences, sulphuric acid, caustic soda and glass bottles.
Looking ahead
Just like companies the world over, NALF was affected by the current pandemic. It responded quickly, ensuring that employees were well-informed and provided with PPE. It also prepared an impact assessment and action plan on how to respond to COVID-19, both now and in the future.
NALF was also able to add a valuable new product to its roster – hand sanitiser, which it distributed to its staff and other organisations in need.
“We supported many non-governmental and governmental organisations with denatured alcohol for sanitising purposes and to disinfect working areas,” Mesfin says.
However, the company is already looking forward to the remainder of 2020 and beyond. As well as actively performing COVID-19 response activities, the CEO also outlines ambitious plans to replace old machinery with newer models, such as the liquor plant at the company’s Sebeta branch. He also plans to install an enterprise resource planning (ERP) system – software that integrates main business processes – to enhance communication and productivity.
All in all, the CEO feels optimistic about the upcoming year.
“We look forward to a bright future within the industry because an improving electric power supply is expected to boost the industrialisation of many factories in the country,” he explains.
“This helps overall economic growth, boosts per capita income and increases demand for the beverage industry products.”