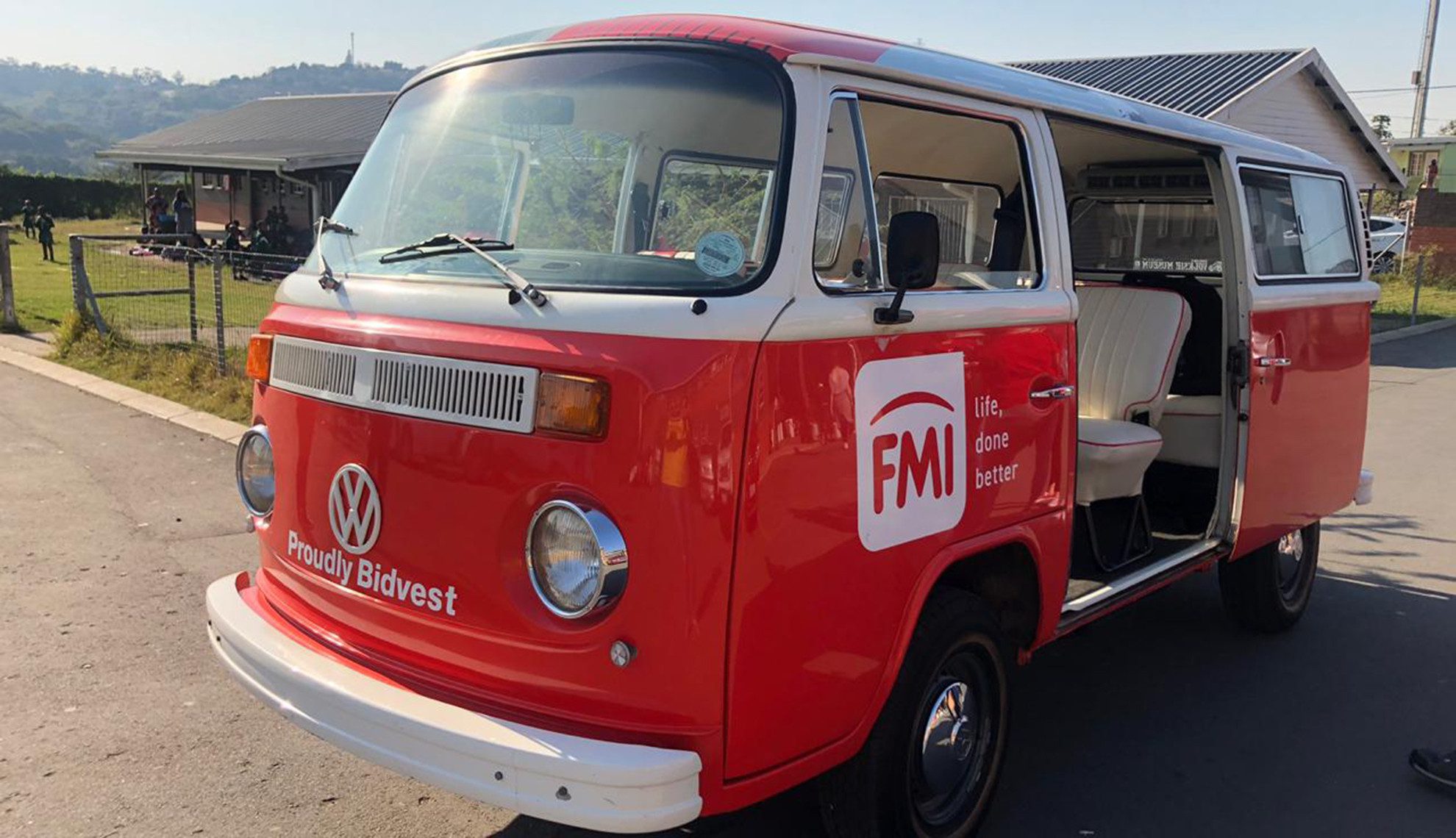 For life insurer FMI, the insurance industry is all about protecting incomes and positioning purpose above profit, motivating its people to champion an admirable customer-first culture

“The insurance industry is built on a wonderful combination between the heart and the mind.

“It’s a sector that’s able to truly help people during tough times of loss, for example by paying a monthly income when an individual can’t work due to injury or illness. There’s a real satisfaction of knowing we’re making a positive difference in people’s lives,” says Brad Toerien, FMI CEO.

“At the same time, it’s an incredibly complex industry which offers a real intellectual challenge. The extensive blend of inter-industry disciplines requires a real diversity of people to succeed, from medical doctors and actuaries to marketing and salespeople, which in itself is fascinating.”

Toerien fell into the insurance sector by chance. Yet, being something of a philanthropist, this happy accident revealed itself to be a perfect fit.

Opting to complete an actuarial degree at the University of KwaZulu-Natal, owed to the interesting fusion of maths, science and economics that it offered, he soon after secured an interview with FMI, a Division of Bidvest Life Ltd – South Africa’s fastest-growing life insurer as of Q4 2018.*

“The big appeal to me at the time was staying in Durban,” Toerien explains, “but after I joined FMI, I became captivated by its culture and ambition. Three or four years on, I was then given the chance to take a major step up as the CEO – something that I embraced and have enjoyed ever since.”

Now having stood as the CEO of the company for more than a decade, his enthusiasm has only been enhanced, the firm recently having come face to face with a pivotal point in its history.

“Why am I excited right now?” Toerien continues. “As an industry, we’re experiencing a wave of innovation that’s really offering the chance to change the status quo in terms of how insurance is delivered, and alter the relationship between customer and provider for the better.”

In many ways, FMI is spearheading this national transition.

A business motivated by the simple mission of protecting incomes, backing risk takers, entrepreneurs and breadwinners across South Africa, the firm has developed three key benefits (disability cover, critical illness cover and life cover) that are set up to do just this.

“We want to safeguard the money that our customers haven’t had the chance to earn yet; their future incomes,” Toerien affirms.

“Fundamentally, we believe that the way to do this is to offer monthly income payments rather than a single lump sum. It’s the core of our philosophy, and our products have been developed accordingly, going against common industry habits that have traditionally used a once off payment to solve problems in an unsustainable way.”

This ethos has not changed in the past 24 years since FMI’s establishment.

Starting out as a brokerage and administrator, the firm has maintained its outlook at every stage of its meteoric rise, now renowned as one of South Africa’s leading fully-fledged life insurance businesses with an extensive suite of products.

“As a product provider, it’s tempting to say that our solutions make us different,” Toerienstates. “And to some extent, I think this is true. Our offering is significantly different to the vast majority of our competitors as far as our Income First philosophy goes.

“What I really believe sets us apart, however, based on the feedback I have received internally and externally, is the people and the culture that we have. It might sound like a cliché, but we have a great heart here. Every single FMI employee is driven every single day to make a difference.”

Here, the CEO points to the fact that claim payments are celebrated by the business – a trait that is relatively unique in an environment often viewed as being driven by figures.

But money is not the primary motivation for FMI. In many ways, profit is supplemented by purpose, the business striving to help create a better socioeconomic situation for the whole of South Africa.

“There are challenges with maintaining such ideals,” Toerien explains.

“When I first took on the role of CEO, I was fully aware of the fact that we already had a special culture, and so one of the first tasks I took on was embracing it, sitting down with each and every staff member.

“Today, however, we’re the fastest growing life insurer in SA.* In the past three years our sales volumes have more than doubled and our employee base has nearly tripled.”

Owed to this latter point, the company’s workforce now harbours a powerful operational blend, balanced between experienced experts and bright-eyed individuals with big ideas and undeniable passion. Yet in the midst of this upward curve, it has also had to work hard to ensure that its ethos doesn’t become dampened, instilling its culture of care within every new and existing employee.

“We believe that every person needs to take ownership of our values and become a custodian of them,” Toerien affirms. “And one way in which we do this is through our culture panel.

“The last leg of our recruitment process will see five or six individuals from all over the business meet potential candidates and get to know them, understanding their own values and ideas. It’s an endeavour to work out if individuals will fit into our family, and that decision is final.”

As expected, such a culture translates into esteemed service. Yet it’s embedded throughout the business from top to bottom, further evidenced by the firm’s fruitful corporate social responsibility activities.

“I’m thankful that CSR is something that we’ve always undertaken,” the CEO states.

“We take it seriously, but because of the business that we are and the people that we have, it comes naturally. We don’t have to push for it. Rather, it comes from the inside-out.”

The LEARN (Let’s Education A Rainbow Nation) Project is one engagement initiative that the firm is helping to support. Here, FMI actively backs the non-profit’s vision to put a book in the hand of every learner in South Africa. Most recently, for example, it sponsored the development of a library within a community school.

In addition, Toerien also points to the organisation’s collaboration with the VukukhanyeChildren’s Foster Home – a partnership that’s been built up over a 10-year period.

“We help to organise annual Christmas functions for the children as well as offering gifts and partaking in maintenance,” he states, pointing to a recent home makeover on Mandela Day, where FMI helped to redecorate, refurnish and repaint the house.

“We’ve gotten to know a lot of the children fairly well over the years, so much so that two children who spent time at the home now work for FMI as adults. The foster home is really important to us; we’ve been involved with them for a long time.”

In many ways, such efforts are merely an extension of FMI’s overriding mandate of making a real difference to community and economy alike across SA.

And it is this mission that will captivate much of the company’s attention as it moves into a new chapter.

“From a product point of view, we feel like we’re finally where we want to be,” Toerienstates. “We need to work on our solutions to maintain their relevance, but the innovation is there and we’re pretty pleased at the moment.

“With this base, what we’re now looking to do is understand how we can make those solutions available to a greater number of people, and really drive a change in behaviour and attitudes, breaking down the barriers and stereotypes between insurer and consumer.”

A major digital transformation initiative will prove crucial in achieving this. The company is currently seeking to empower its employees and advisers with the end goal of creating a richer connection with FMI’s customers.

“It’s cliché, because everyone’s talking about digital transformation right now,” the Chief Exec adds. “But we’re really trying to enable the intermediary rather than disintermediate. Too often, people are seeing technology as a way to cut out human interaction, and we disagree with that.”

Coupled with this, the firm is hoping to continue to expand its advisory footprint.

The vast majority of the company’s business is derived from financial advisers, yet it currently services 20-25 percent of such practitioners across the country – an area ripe for growth.

And indeed, it would be a major achievement. The South African economy remains ridden with headwinds, and the insurance industry is expected to remain relatively flat for the foreseeable future.

Yet, despite the challenges that remain, Toerien is acutely optimistic.

“The South African economy is in a tricky place at the moment, and it’s hard for any industry to really get away from that fact,” he states.

“Despite this, I think that the South African life insurance industry is incredibly innovative. It’s got pedigree and has often led the world in terms of product development. In this sense there is cause for optimism and I’m very proud to be part of an industry that offers an unbelievable service and is incredibly advanced. We’re a world leader in many many ways.

“There’s also a genuine shift occurring among a lot of industry players, who are becoming increasingly transparent by working closer with customers to raise awareness around the benefits of insurance.

“There are some incredibly smart, good people driving our sector forward, and I’ve got every confidence that it will succeed as a result.”