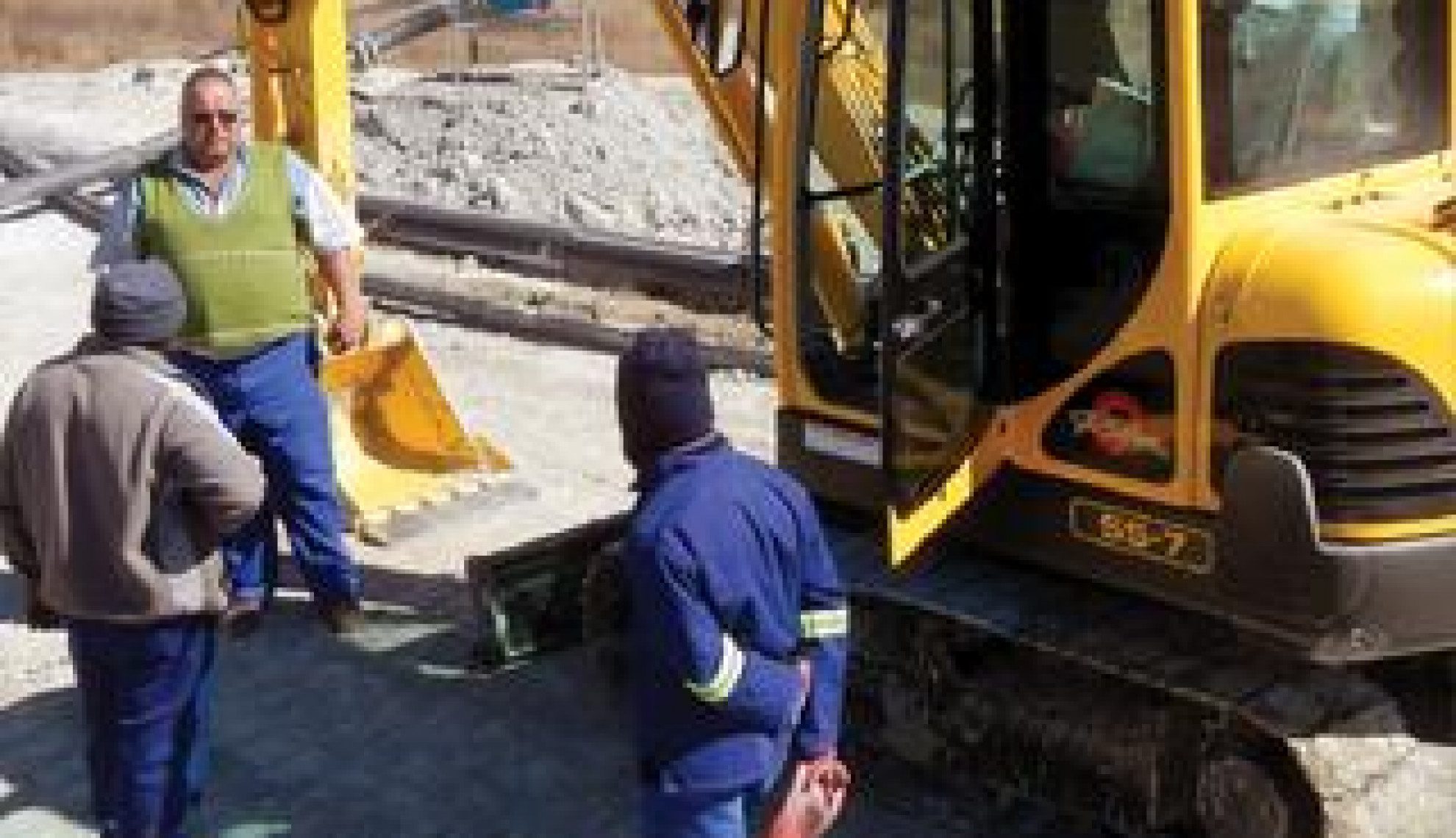 All business managers will tell you of the importance of creating your own niche – being focused on a targetable part of the market. As the pool of people you are looking at is smaller, it will be easier to identify potential clients, and it is this that has seen Cyclone Engineering Projects grow. “I’ll start at the beginning,” says founder Gerrit Jansen van Ryssen. “I had and still have another company called Cyclone Projects and Consulting (CP & C) which was formed in 1998 and we would consult the mining industry in Africa and all the major mining houses – AngloGold Ashanti, Debswana Diamond Company etc. – and design tailings management solutions for them. That business was formed because there are two inevitabilities about mining for certain types of minerals: they consume vast amounts of water and produce equally large quantities of waste. Tailing management is also expensive and comes with considerable responsibility so we stepped into handle that, specialising in a process of Tailings Storage Facility (TSF) construction known as cycloning. Cyclone Engineering Projects was founded during 2007 on demand by the mining industry to operate and manage cycloned- and other tailings storage facilities (TSFs). I thought it a good opportunity; there was big demand from the mining industry. It has gone very well.”

The company specialises in conventional and vacuum cycloning and has developed “new systems which we have patented,” says van Ryssen, whose long interest in cycloning saw him start the company upon leaving Foskor where he was a manager. “We achieved a major breakthrough in developing the patented vacuum cycloning, which proved to be a very successful element, creating tremendous cost savings to the mining industry in water saving,” he says. “We also introduced the very successful mine/ contractor JV principle where a major cost saving to the mines is achieved in the construction of new TSFs.

“We are doing well and more mines are looking at the system.”

CP & C is considered by the industry to be the leaders in the field of TSF cycloning. The operations of any type of TSF fall under the jurisdiction of CEP.

“That’s it summed up,” van Ryssen says. “We have the patented system. We call it the vacuum cycloning system. It is new, modern… and a handful of opportunities and benefits for the mining industry.”

How does the system work? Well, slurry is pumped to the TSF where cyclones are then used to separate coarse and fine materials under gravity forces. A large percentage of the slurry can be used for building the walls of the TSFs. This material dries within two hours, as opposed to more than 24 hours for the outdated spray-bar technology, making it considerably faster, more labour friendly and easier to maintain. “We have recently developed the dual cyclone system and it has also been patented,” van Ryssen adds. “The dual system is in effect a combination of conventional and vacuum cycloning. The results obtained from a site where cycloning delivers only on average 16 percent (by others), we managed to increase the rate to +/- 50 percent. Underflow material, which is used in wall development, is of high quality and satisfies the need of the client. The cyclone residue deposition system is a cost-effective and environment friendly alternative to outdated day wall and spray systems. We’ve been selected as the slimes dam engineer by a number of large mining houses and mines, owing to the fact that the company offers the most advanced and cost-effective technology in the industry. All these types of TSFs we operate, where we do the design, we have never had any incidents in terms of failures or anything like that. There are a lot of slime dam failures worldwide. We have never had something like that and trust and believe that will be the case going forward. Stability is the key. It is the biggest benefit we can give the mines. They can be sure in our system; that nothing will go wrong at the TSF. We have many advantages over the traditional slime dams built, the obvious being water – we give the mines back a lot of water, between at least 50 and 70 percent.”

The potential for the business is massive. For one, more efficient extraction techniques by the mines are now allowing lower grade ores to be mined, creating greater quantities of waste in the process.

Of course, the tailings have no commercial value. They are a burden to the mine operator and their management is not something that can be taken lightly.

“The rest of Africa, Tanzania DRC and those places, where you need stability and for the TSFs not to liquefy etc is an area we want to expand into as our system is as strong as rock! It won’t liquefy. We can go to the harshest environments and build slime dams.

“So we are looking to expand into Africa. There are challenges however. Africa is a challenging environment and we are a little bit on the cautious side about expanding into Africa. We would rather consult the mines and teach them how to use and operate the system and we would be on the sideline – letting the mine do the work, and we would do the consulting and training.”

Van Ryssen would like to see the business grow between 10 and 15 percent per annum each year over the next five years, with “at least 50 percent of the market coming our way”. “That is a big claim but if you look at our competitors it would be easy to eat into it with a new technology,” he says. “The mines are certainly interested and where we tender we are successful. We have been going out to market and making the mines aware of the new technology. Now we can go into a growth phase. It is coming. 50 percent of SA market in five years isn’t unrealistic.”

What’s the secret to his success? “I’m passionate; passionate in my work,” van Ryssen says. “I started the company and I don’t work for a boss – what I do I do for myself and I do it for the company. Also I’m confident as all my senior management are hand-picked. They can be trusted and are just as passionate to see the company moving from strength to strength. I have got the cream of the crop in the company. We look after them and that is where the success is.

“I can’t sit still – I always innovate and look to improve.”

This is definitely one to keep an eye on.