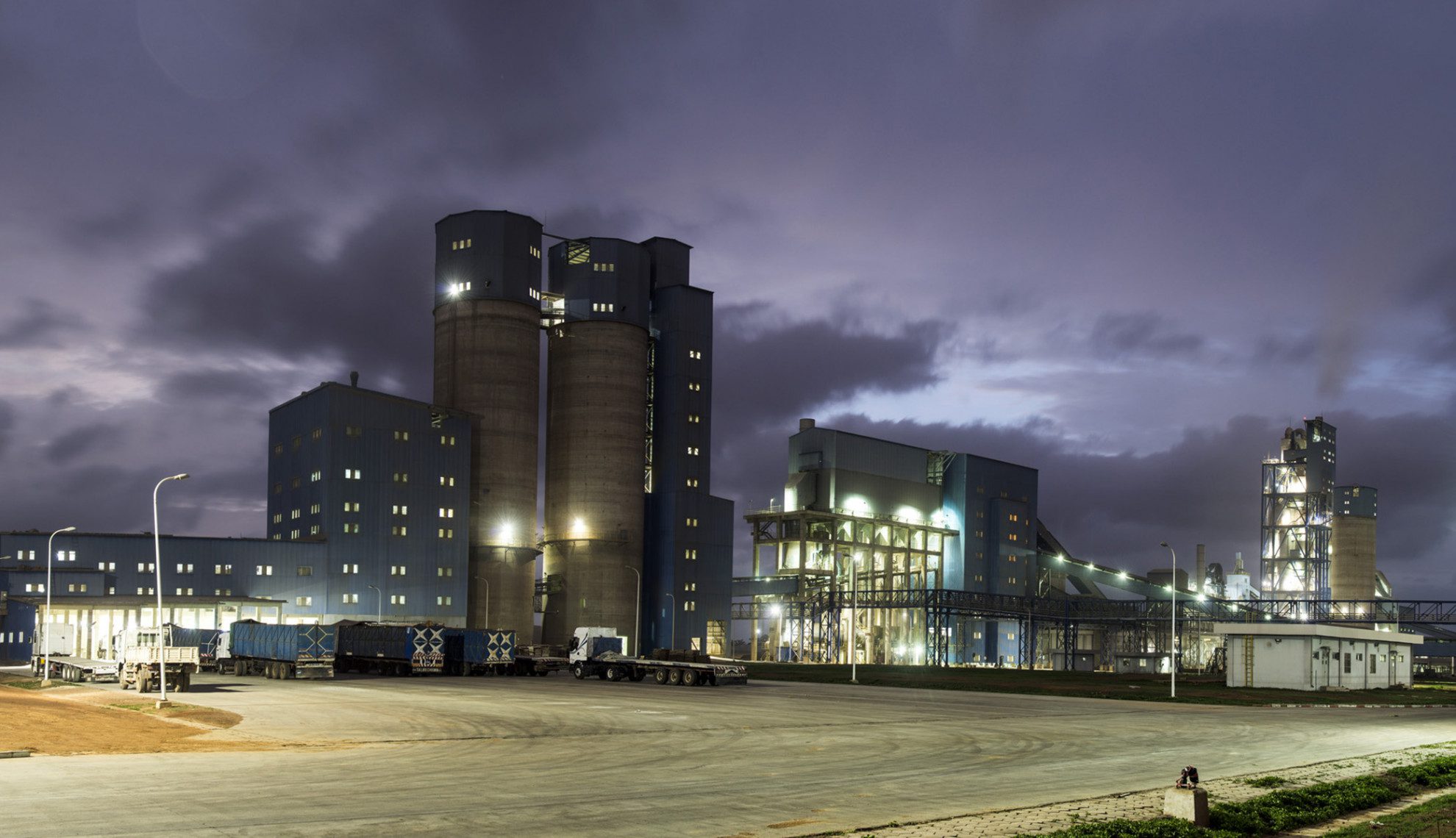 According to the African Development Bank, Senegal is set to experience a wave of economic prosperity in the coming years.

Having achieved an economic growth of 6.8 percent in 2017, the country is now forecast to expand a further seven percent this year, driven by a surging mining industry, new infrastructure developments, a widening energy supply and improved production services.

With a population of 16 million people and an abundance of raw materials across the country, Dangote Cement has proudly been flying its flag in these Senegalese tailwinds for four years, both expanding its own productive capacity and aiding national economic development during this time.

“The Dangote Group itself is the biggest producer of cement across the whole continent, and despite the Group’s broad scope, DCS is becoming an increasingly important part of the business in West Africa,” explains Luk Haelterman, Dangote Cement’s Country Head for Senegal.

This strategic importance is largely owed to the 300 million tonnes of proven national limestone reserves – a key component in the production of cement that is sparsely found across the rest of the continent’s western coastline.

Tapping into these reserves by setting up shop in Senegal, DCS has fundamentally transformed the cement market.

In the space of just four years DCS has more than consolidated its position, now accounting for roughly 26 percent of the local market and 20 percent of Senegal’s production capacity, producing 1.5 million tonnes of cement per annum.
Africa-first

Equally, the Company has maintained an annual growth rate of between 10-15 percent during this time, already approaching its total production capacity.

This fast growth has largely been facilitated by not only its improved offerings, but also through its emphasis on supporting the local economy.

“Our culture is Africa,” Haelterman states.

“We have ensured that our image has been aligned with two key principles from day one: maintaining high quality, and taking a local approach in everything that we do.”

Such has been readily reflected in DCS’s preference on providing working opportunities to Senegalese talent, with the firm’s expat headcount having dropped from more than 200 in 2015 to just 17 today.

Equally, DCS looks to source its materials locally where possible. Whilst the Company works with a number of international suppliers in order to maintain the quality of its products, it also often looks to work with local partners where possible in the aim of bolstering African industry.

“A key example of how we differentiate from our competitors in Senegal is our use of locally sourced gypsum,” says Haelterman. “Others opt for using mineral alternatives, but we ensure that we are actively supporting the local chemical industry by sourcing fosfor gypsum from our partners.

“However, whilst we have an abundance of clay, limestone, and other materials in Senegal, some of the key elements of our production processes are simply not available in the country, so we need to source materials of foreign nature,” he adds.

“But, even when we do so, the majority of the time these come through Senegal intermediates, allowing us to ensure that we stay committed to our Africa-first culture as best as a we can.”
Reaching new heights

Having positioned itself ahead of the competition, the Company is now looking to explore new investment opportunities and expand its existing capacity to accommodate for rising demand.

“We are looking at how we can improve all the time,” adds Haelterman.

The firm has already outlined a number of areas that it hopes to improve in the coming months. These include, bolstering its logistics capabilities, building additional warehouses, and introducing a new maintenance centre at its transport hub.

“We continually want to better ourselves, but we also want to help local industry in doing so,” Haelterman states. “For instance, we are currently working with local rail operators to see how we can help finance any new projects for them where they are lacking in funding.”

Sustainability practices and environmental policy are also a major priority for DCS, and to this end the Company is exemplary.

To solve its power needs for the Pout plant, the firm decided to build its own power plant, not only supporting its own production processes but also delivering to the grid.

“Our power plant is helping to support the country’s energy requirements, and more recently we’ve also been looking at how we can use alternative sources of energy to boost our sustainability practices,” Haelterman reveals.

For the Head of Dangote Cement Senegal, a continual implementation of this Africa-first culture and a maintenance of these high self-imposed standards will be crucial to the Company’s growth moving forward.

He concludes: “I think that the most important thing is that we continue on the path to becoming 100 percent Senegalese, and it is fundamental that we aim to raise the bar that we have set, both in our corporate operations and our wider CSR practices.”