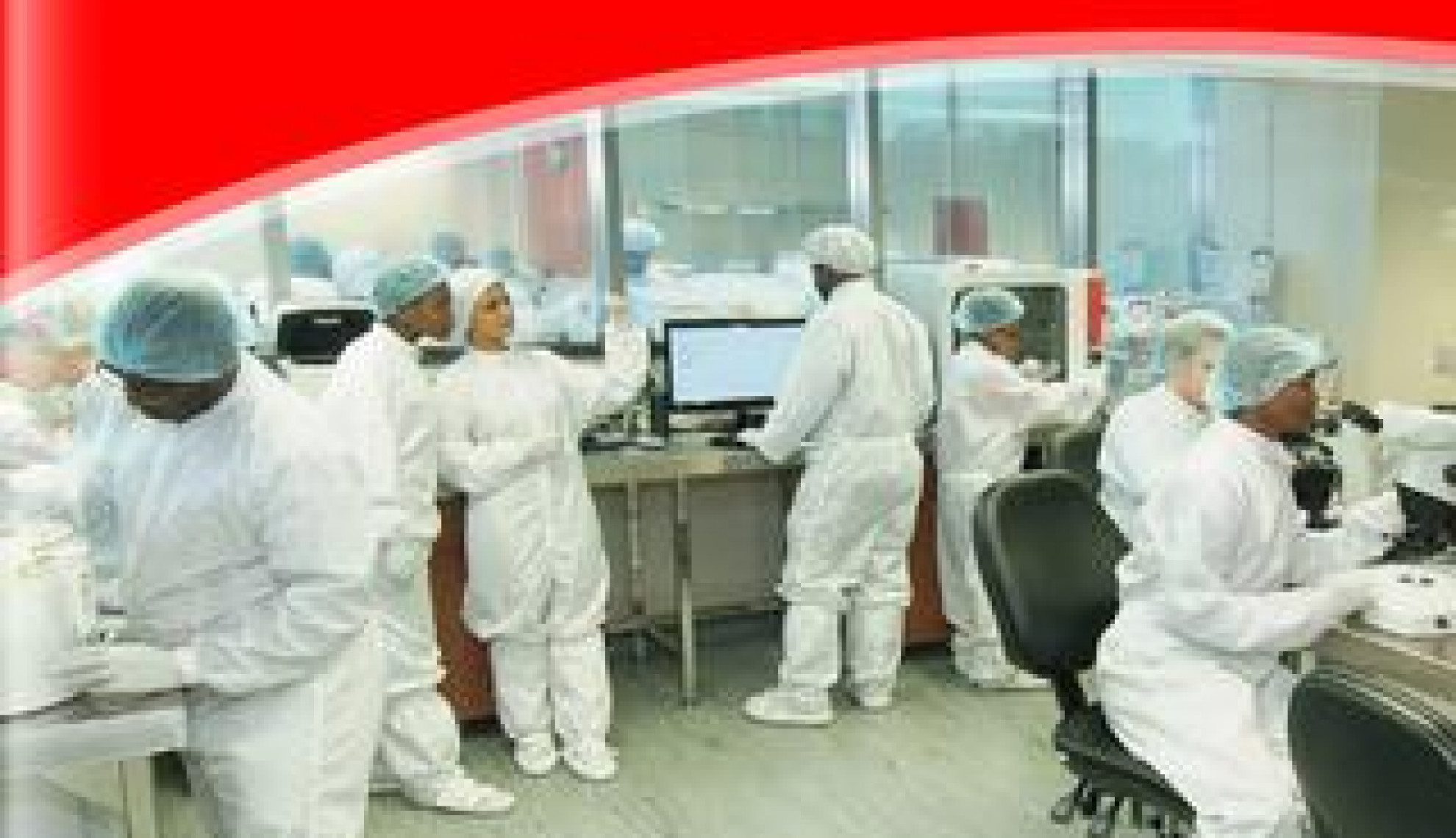 As FGG Architects celebrates its 65th birthday, Directors Jeremy Hathorn and Kevin Bingham reveal the secrets behind its latest award-winning project in Durban

“The multi-storey nature of the building provided an immense challenge for such a highly serviced facility. A key test faced by the project team was the very constricted site, which meant that a tall eight-level structure would be the only way in which the client’s design brief could be accommodated.”

Ten years in the making, Durban’s KwaZulu-Natal Research Institute for Tuberculosis and HIV (K-RITH) was completed in 2017, and for FGG Architect’s Director, Jeremy Hathorn, it is one of his proudest projects to date.

And there are many others, having joined as a student in the 1970s, Hathorn has spent his entire career with the practice, an increasingly rare occurrence in modern times.

Fellow Director Kevin Bingham is also a Company veteran, serving in three separate stints since joining as a vacation student in the 1980s. “I was lured away from the company into academia in the mid-90s, and then spent 10 years lecturing,” he reveals.

“The changing academic landscape redirected me back into full-time practice, and a coinciding approach from the then FGG MD, sealed my return and future with the Company.”

Hathorn and Bingham’s long careers with FGG reflect the longevity and reputation the Company has built up since it formed in 1953.

“In this day and age, it’s a tribute to the resilience of the Company that we are still operating,” Hathorn comments. “There are only a handful of practices in South Africa that have been able to achieve this and it’s something we are proud of.”

Such a feat has required a dynamic approach to an evolving design climate, adopting the latest design tools, techniques and materials, while continuing to create contemporary and exciting designs.

Bingham adds: “Big name companies in the architecture environment are ordinarily developed around luminaries, or leaders in their time. I like to believe that FGG Architects’ enduring legacy has more to do with the collective; all striving for the advancement of everyone in the group, with an ethos of balance, and a striving for excellence in the firm.”

This collective enables FGG to offer services across a wide range of architectural fields, from medical, education and retail, to residential, hospitality, and bush lodges. FGG also houses a dedicated interior design team, meaning it can cater to the full scope of a building from outside in.

Hathorn highlights another secret to FGG’s unbeaten 65-year innings to date: “We pride ourselves on building strong relationships with our clients, to ensure that their expectations are not only met, but exceeded.

“A poignant example of this is our long-term involvement with Hilton College, who have used FGG as the school’s architects since the firm was established.”

A tremendous examination of the South African firm’s experience and expertise, K-RITH is another testament to FGG’s longstanding reputation.

The project is a collaboration of the Howard Hughes Medical Institute and the University of KwaZulu-Natal, situated on the grounds of the Nelson R Mandela School of Medicine adjacent to the King Edward VIII Hospital which lies between Durban Harbour and the suburb of Umbilo.

Around 4,000 square metres spanning eight storeys, the build cost was upwards of R346 million when factoring in furnishing with state-of-the-art lab equipment used by its primary tenant, the African Health Research Institute.

K-RITH also represents an African first – it is home to the only microfluidic chip foundry on the continent and also contains Africa’s largest Bio Safety Level 3 laboratory.

“What sets K-RITH apart from other buildings of this nature is that it has been able to successfully achieve an appealing modern aesthetic whilst completely satisfying the complex technical requirements needed to effectively perform its research function,” Hathorn explains.

“The exterior of the building is designed to reflect the varying functions performed at each level. The façade is different for the ground floor conference spaces, the level two and three offices, levels four through six BSL2 laboratories, the level seven BSL3 laboratory and the double volume level eight plant room. The primary circulation is via a staircase and lifts located in a glass tower, which aesthetically ties all the levels together.”

These characteristics have been recognised in the form of numerous awards, the most recent being a National Award of Merit from the South African Institute of Architects.

However, as Hathorn outlined at the beginning, the project did not materialise without its challenges. The multi-storey nature of the building required close collaboration with key project partner, mechanical engineers Parsons & Lumsden, not least to tackle the vital issue of fresh air flows throughout the entire building.

“Many research programmes require uninterrupted operation over lengthy periods, often years, and the reliability of temperature sensitive specimen storage is essential,” he adds.

“Ensuring that this would be possible, particularly as the country was experiencing rolling blackouts at the time of the project’s inception, the professional team had to design in redundancy to ensure continuous 24/7/365 operation for the entire building’s electrical, computer and air conditioning systems.”

K-RITH is just one part of a huge portfolio of successfully completed and ongoing projects, work which draws on a deep pool of expertise, from hand-drawing classical Cape Dutch architecture, to mastery of building information modelling (BIM).

Also asked about his proudest project, Bingham replies: “Looking back, it would be the Hilton Hotel in Durban, as it is a landmark building in the city, and the design is timeless, looking as good today as it did 20 years ago.”

Bingham goes on to cite varied project work near to K-RITH, in the KZN Midlands, including several residential builds, a private hospital, and the expansion of a shopping centre and local schools.

Healthcare is a particular area of strength for FGG, demonstrated by the recent master planning of health buildings for the Seychelles government, a contract won off the back of a successful new hospital built in Port Louis, the capital of Mauritius.

“We are also in the design phase of a handful of bush lodges in Kenya, which offers a nice variety to the portfolio,” adds Hathorn.

Central to FGG’s ongoing project delivery is the collective Bingham has already referred to.

“The people are what make FGG Architects what it is,” he says. “It is very important to us that we find the right fit of person, someone who will work well with the team. We attract many in-service training personnel, so there is always a great vibe and mix of exploration and experience in the studio.”

Hathorn adds: “It has become easier to find young staff with enough technical competence, as they are now aware of the need to be trained in the latest software to work in this field – but the challenge is to find ones that balance this technical competence with design talent.”

FGG’s investment in people also emanates outside of the organisation. The Company has always operated with a policy of non-discrimination and social commitment, underpinned by its work to educate students from disadvantaged backgrounds through schemes set up with emerging practices.

“We commissioned Jane du Rand to create the mosaic artwork that adorns the building,” Hathorn says. “Part of the agreement was that Jane employs a number of participants from the Sinikithemba Clinic at McCord Hospital to help on the project – many of whom were living with HIV and had no training or work. It presented them with the opportunity to learn a skill and earn an income.”

By playing its part as a corporate citizen, FGG has built up a 65-year reputation that is not just grounded in architectural competence.

Indeed, the future requires progress on several fronts. Bingham concludes: “I want to see that our design work has continued to advance and move with the times, and that our practice has developed and implemented new streamlined office procedures, and new linkages, with others in the built environment.”