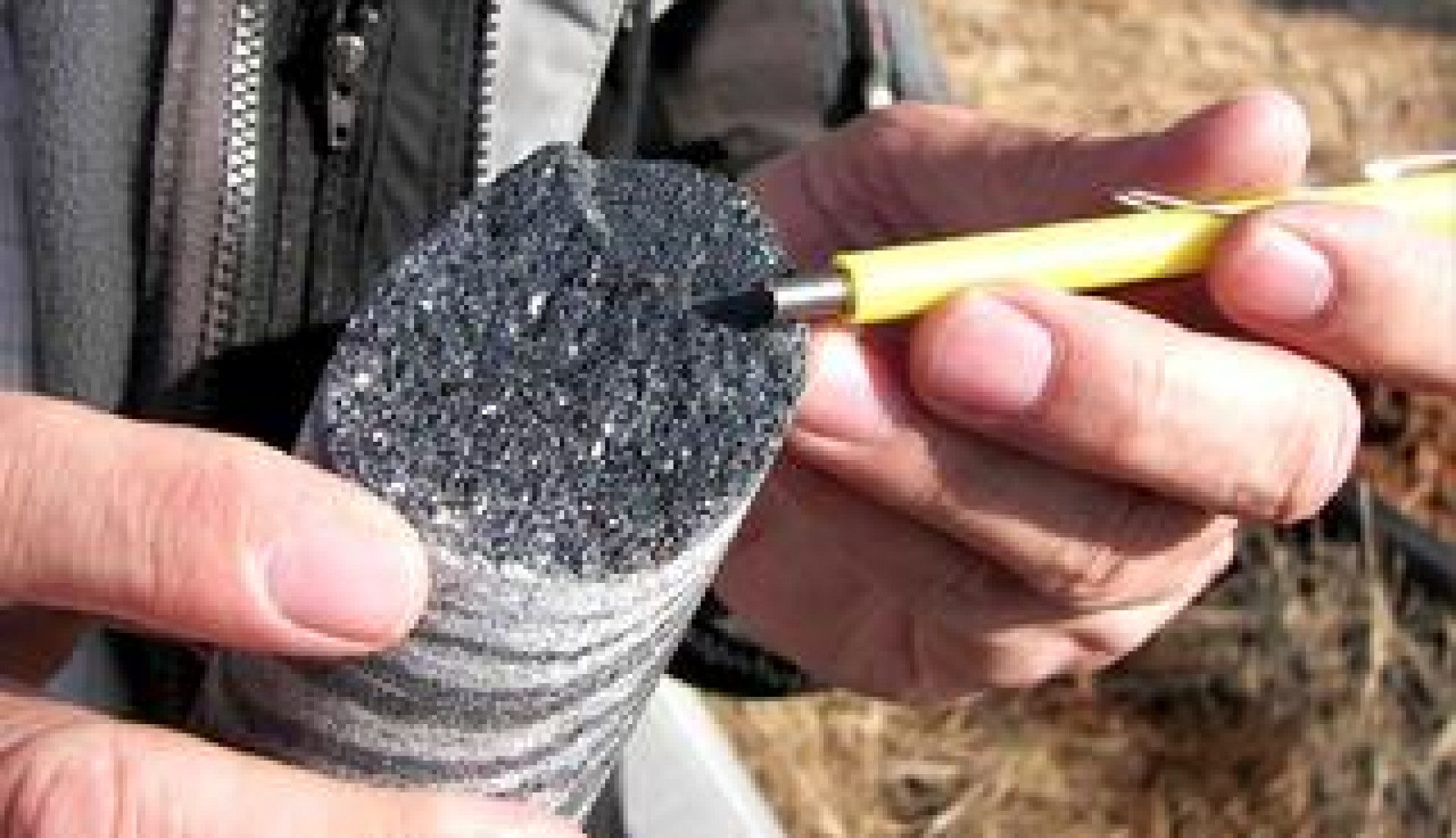 New iron ore mine for Namibia

Africa Outlook discusses the challenges and opportunities of opening a new iron ore mine in Namibia with the CEO and CFO of Lodestone Namibia. Carsten Mosch, Lodestone’s CEO, and David Hinsley, its CFO, are principal investors in the project in Dordabis, which is located 70 km south-east of Windhoek.

Namibia is a middle income country which has enjoyed considerable successes since it gained independence from South Africa in 1990.

Namibia has made significant progress too in addressing many development challenges like job creation, education, primary healthcare services, safe water, poverty and inequality.

In the 2013 World Bank /IFC Ease of Doing Business Study, Namibia ranked third out of 25 African countries. In the Ernst and Young Emerging Markets country rankings, it ranks ahead of the likes of Turkey, Colombia, Mexico and all of the BRIC economies.

It is this that has attracted international investors (Namibia has attracted the 15th most FDI projects in Africa since 2003, which ranks it as the top African investment destination on a per capita basis).

It is in this context that Africa Outlook interviewed the management of Lodestone – just as they were drawing a close to their latest round of exploratory drilling and were finishing their Namibian mining license application, which they expect to submit at the end of August.

Lodestone’s third phase of drilling at Dordabis commenced in March 2013 and will produce 6,500 metres of core samples. It had previously drilled 5,400 metres as it proved its high grade iron ore deposit.

“We’re close to completion. This round of drilling threw up a few pleasant surprises, revealing an extension of our main ore body that we hadn’t foreseen,” says Carsten Mosch, CEO of Lodestone, who before joining Lodestone’s board in 2010 was an international investment banker in Europe for 19 years. “For us it will mean bringing in far more material to our mineral resource and geological block models. Exploration and drilling demand time, money, and patience. We invested the resources to prove the viability of the project and now is the time to move from exploration to production. Fortunately everything is progressing better than we would have predicted.”

“Namibia is unlike almost any other country in sub-Saharan Africa with the exception of perhaps Botswana, in that it is quite a transparent jurisdiction, has a clear legal system, respect for the rule of law, contracts are almost always obeyed, and, if they aren’t, there is a predictable legal system to protect investors,” says David Hinsley, who joined the Board of Lodestone as its Chief Financial Officer in early 2013. Prior to joining Lodestone, he was a Managing Director at Deutsche Bank in Global and Emerging Markets in London and New York from 1999 until 2012. “I worked with Carsten for a decade while he was in charge of a large part of Deutsche Bank’s trading operations in Frankfurt. Carsten knew I had relevant banking experience in emerging markets and Africa. When he asked me to get involved with Lodestone, I did my due diligence and I realised he and the rest of the Board had created a fantastic investment opportunity. I was particularly attracted to the jurisdiction. Namibia is great. It is the kind of place where we, as private investors and on behalf of our investors, feel comfortable risking capital.”

Mosch was quick to distinguish Lodestone from other African iron ore projects. “This project is distinct from many that have been announced in areas such as Guinea, DRC and even Botswana. Most of those projects need major rail and port infrastructure before they can proceed. Many of the announced projects presuppose the installation and development of large scale infrastructure. It is not clear that they will succeed.

While Lodestone’s initial export goals may be modest (1.2 million tons/annum production), we can send a good amount of iron ore into the seaborne market using Namibia’s existing infrastructure,” he says. “If we were producing tomorrow we could use the existing rail lines and the port at Walvis Bay.”

Mosch’s enthusiasm is strengthened by the fact he believes an “increasing dependency” on iron ore imports in “key” world markets “presents a substantial opportunity” for the intensified development of African iron ore projects like Lodestone’s Dordabis project.

“Our Exclusive Prospecting Licenses cover a significant iron ore deposit,” he says. “There have been a number of analysts saying some rather alarmist things about the iron ore price and the demand and supply balance over the next couple of years. We are optimistic for the outlook for the demand for our product because it is much higher grade than the market standard. Regardless, Lodestone will be a low cost producer so we will still enjoy solid margins in the event of a bearish pricing scenario.”
The project will submit its mining license application to the Namibian Ministry of Mining and Energy “momentarily”.

“Currently the project team is investigating logistical issues, water pipeline construction, energy issues, and considering Namibia’s skills shortage which will need to be overcome to initiate the project. The project will shift to an execution phase at some point in 2014 or upon granting of the mining license, whichever happens sooner,” Mosch says.

The project has everyone at the firm excited. Hinsley sees Lodestone’s end product as its key strength. “The product we are going to be mining is liberating at a 67 percent Fe content. The market traded standard for iron ore is 62 percent. Much of the iron ore trading through the ports in China is sub-62 percent so ours is a premium product. We have had many discussions with procurement professionals and offtakers, mostly based in Europe and we can see clearly the demand for higher graded iron ore. Most of our investors are German and because of Carsten’s history and my history within Deutsche Bank, we know those entities throughout Europe that need iron ore and we see many are having a hard time finding reliable new sources of high grade ore – many have little choice currently but to take inferior supply. We have been encouraged by the enthusiasm among European buyers to secure offtake agreements for alternative higher graded supply. Iron ore is iron ore – an element on the periodic table – and the world has a lot of it, but to mine it effectively and in an economically viable fashion and to be able to produce 67 percent Fe content is becoming increasingly rare. Steel producers who have quite technical demands, or that insist on running at higher levels of efficiency, they need something better. Something Lodestone can supply.”

And it would have positive ramifications for Namibia.

“We have had encouraging conversations with export and economic development bodies, both official and quasi-official in Germany and Europe. There is a great deal of enthusiasm and support from public bodies as well as private investors and offtakers to secure as much international business between Namibia and Germany as possible,” Mosch says. “The resource we have in the ground can support far more than 1.2 million tons a year of exports which is our current base case assumption but we can ramp that number up significantly and rapidly at the point that the infrastructure of Namibia grows.

“We can evolve from being a modest-sized mine to being a large iron exporter when Namibia does invest the resources required to improve its rail and port infrastructure. We think Lodestone can be the catalyst to encourage the Namibian government – perhaps with investment from Europe – to improve that infrastructure. It is a chicken and egg thing where Namibia lacks the public resources to build out its infrastructure to foster economic growth and that growth can only occur with expanded infrastructure. However, Germany Inc needs high grade iron ore which they are having trouble sourcing from the world market. Lodestone can drive real economic growth and employment in Namibia using the existing rail and port to deliver the natural resource Europe needs.”

Hinsley has high praise for the country. “Namibia administers itself Incredibly well but currently lacks the resources to support the wholesale expansion of its infrastructure. At the point the infrastructure in Namibia grows, this company really, really gets exciting.”