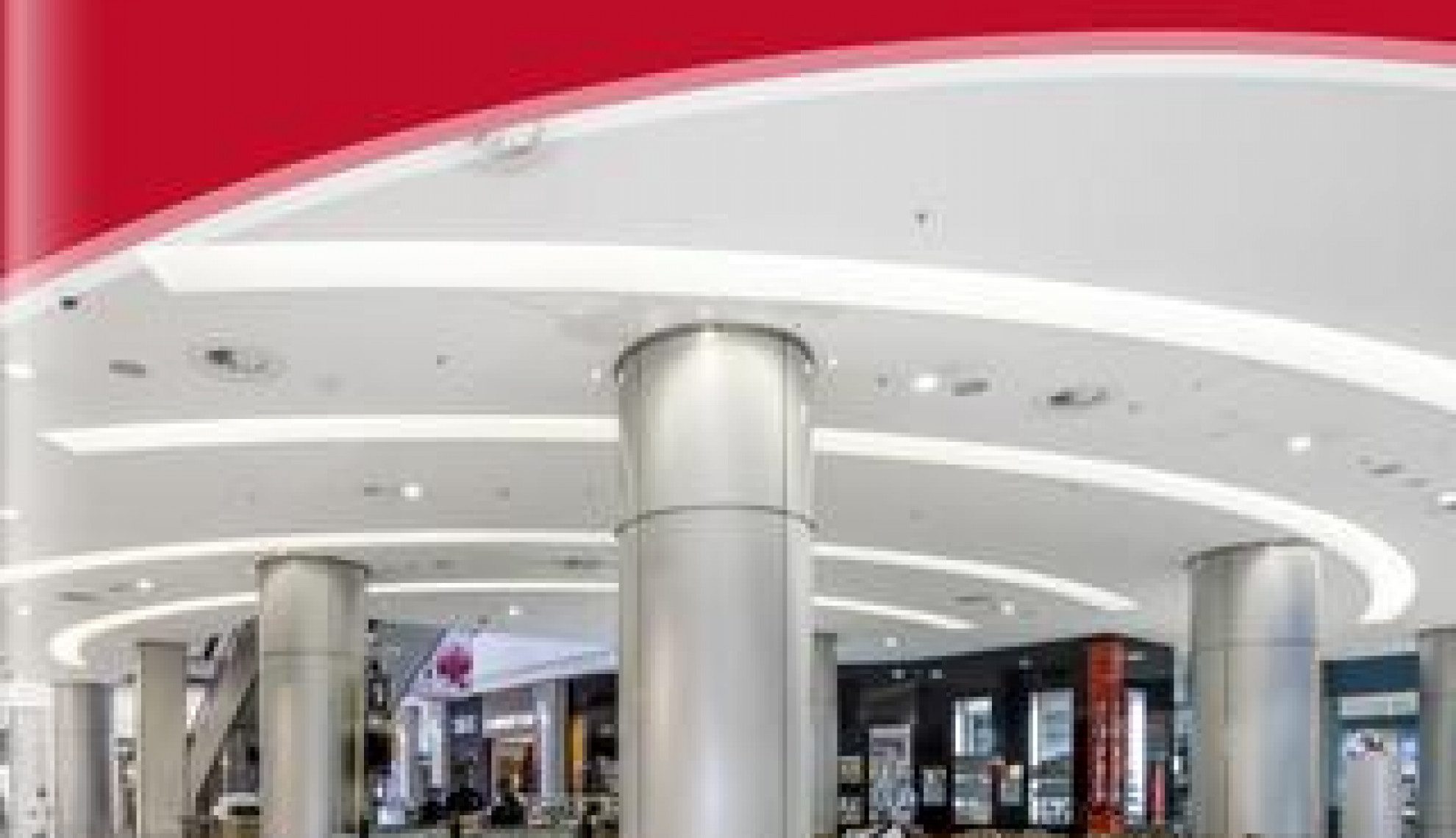 Sandton City’s growth over the past few decades has both mirrored and driven Sandton’s own development, and the former’s master plan looks to ensure that the evolution doesn’t stop here

For more than 40 years, Sandton City and Nelson Mandela Square have mirrored the growth of Sandton itself, as the former grow to become among the country’s leading precincts, and the latter evolves into a position of Gauteng’s financial hub.

Established initially in 1974 after an initial proposal to optimise the land for residential purposes was discarded, few could have imagined the influence that the Liberty, Liberty two degrees and Pareto-owned Sandton City would have in the Johannesburg municipality; its initial allotted 30,000 square metres of space growing over the past four decades to its current footprint that totals almost 250,000sqm.

“40 years ago the Sandton area was primarily made up of smallholdings and agricultural land, and there was very little or no housing in the area,” recalls Preston Gaddy, Regional General Manager for Cushman & Wakefield Excellerate, whose retail division, JHI, oversees the ongoing management of Sandton City. “So back then, Sandton City was a totally Greenfield development but with a whole lot of ambition. The right fundamentals were put in place and as the area grew from a residential perspective, so too did the popularity of the centre.”

Initially the centre served as a grocery anchor with the likes of Woolworths, OK Bazaar, domestic fashion outlets, and independent retailers making up the tenant portfolio. And while many are still present at Sandton City to this day, the overall scope and tenant demographic of both this centre and Nelson Mandela Square have expanded exponentially.

“It’s nice to have those original founding tenants still trading in the centre, but it’s also been great to see Sandton City’s growth and we now have everything from five-star hotels to medical facilities, and concentrated corporate office spaces; to form what is now an epicentre of major corporates and retailers,” Gaddy explains. “Simultaneously, the infrastructure and roads surrounding Sandton have been upgraded accordingly over the years, as has the services infrastructure which has evolved remarkably.

“To this end, Sandton city has become the precursor for a lot of development that has gone on around the area, while we continue to adapt to be more in-tune and aligned with what this growing customer base needs and wants.”

The introduction of a new office tower, standing at 10-storeys is a four-star, green-rated building called The Atrium on 5th, has accounted for the increasing business influence that Sandton City has in the region, while its expansion of the Southeast corner to take overall space towards the 150,000sqm mark is an indictment of the appeal and attraction that exists for the precinct.

And on the periphery, infrastructural development has been catered for and complemented by the rapid rail Gautrain’s close proximity – a blessing for shoppers coming from further afield – and indeed an imminent new shuttle service offered by Sandton City itself, which will grace the surrounding Sandton area, seven days a week, picking up and dropping off frequenters of the CBD.

Everything to all people

“Sandton is essentially the new financial hub of the country, despite Johannesburg itself,” Gaddy states. “Jo’berg CBD was previously the financial hub but now Sandton itself has become the financial hub with most of your major global corporates housed on Sandton City’s doorstep. Companies like Alexander Forbes, EY, Discovery, Webber Wentzel and a host of global heavyweights are situated at our front door and that commercial development is a great positive for the mall.”

Its enhanced accessibility and ever-growing consumer base translates into up to two million shoppers entering Sandton City each month, with an additional 900,000 frequenting Nelson Mandela Square.

And of course, to ensure complete satisfaction for each and every one of them, the emphasis is always on ensuring the best quality tenants to greet said customers as they walk through the door.

“It’s all about gaining continuous insight into brands that are hot and those that are not, and identifying the right ones at the right time,” Gaddy says. “We therefore work hard not just to ensure the best international retailers are present, but that they are in the right place, and to this end we have worked hard to develop certain areas into small villages dedicated to specific sectors; our diamond walk for example is a tailored area comprising up-market jewellery and fashion chains and ultra-luxury brands, including, Burberry, Gucci, Dolce & Gabanna, Guess and Giorgio Armani.”

Sandton City certainly isn’t exclusively up-market from a market demographic or retail variety perspective though, as Gaddy continues: “Then we also have plenty of international brands such as Zara and H&M, and a lot of strong local retailers as well. It’s all about variety for everyone.

“We are not just targeting the ultra rich. We want to speak to every range of customer, as Sandton city wants to be everything to all people.”

Analysing, identifying and placing the right tenants, in the right places, at the right time, and targeted to the right customer is therefore a balance that needs to be addressed on an ongoing basis; especially as trends and preferences can change so quickly.

But again, that’s where diversification comes into its own, and in April, the precinct is even introducing its first level-two ‘Family Friendly Zone’ – a unique, entertainment-based, fair-like area – to ensure that all segments of consumer are given an experience beyond simply a shopping trip.

Jonathon Sinden, Chief Operating Officer for Liberty 2 Degrees adds: “The proof is in the statistics and our trading densities at Sandton City are in most cases 30 percent higher than the industry benchmark. And this will hopefully be compounded over the next year as we introduce companies like Lego, Starbucks and Tod’s to the centre.”

The importance of creating an ‘everything to everyone’ hub makes good business sense of course, but it is also increasingly necessary for the shopping mall fraternity, in an industry that is increasingly veering towards digitisation.

Numerous big brands – including Adidas or Puma in the athletic domain or even a McDonald’s in the food sector – are choosing to solely open up in a mall such as Sandton City, while the growing trend surrounding ecommerce and online retail adds an extra dynamic to consider.

However, Gaddy emphasises that the solution is to embrace technology and to optimise it, rather than to oppose it.

He details: “The popularity of online retail in South Africa is gaining some momentum and we’re mindful of that, and that’s why creating experiences and wowing shoppers is important. To this end, things like free Wi-Fi, ticketless parking, and entertainment facilities are important and we work hard to create these unique offerings for visitors.”

Sinden continues: “They have to have a thrilling experience when they walk into the centre. If people just wanted to shop they could do that from their computers but that’s why diversification is important in order to create an overall experience and day out.”

A concerted expansion to the Sandton City food court, the aforementioned unveiling of its family area, and certain retailers’ stunning upgrades of their own outlets adhere to this notion of progression, while a click and collect facility is being considered as an addition to the remit in the months to come from a technological perspective.

“We’ve changed our foot-count system to a camera-based facial recognition system from which we can pull valuable demographic data; alongside data taken from our parking systems and Wi-Fi usage,” Gaddy explains. “And later this year, we will also launch our mobile app which will aid customers both before and during their trip to Sandton City.”

The influence and development occurring from within Sandton City is clear for all to see, but equally important to JHI is the centre’s ongoing influence on Sandton itself. Consequently sitting on the board for the Sandton Central Improvement District and working closely with neighbours on issues such as transport and security, the precinct takes on the responsibility of helping to make the area as clean, safe and accessible as possible.

“We engage with the hotels that are on our doorstep and the convention centre too, to ensure we’re aligning with our neighbouring sectors and keeping the precinct safe,” Gaddy includes as part of a much wider all-encompassing CSR ethos.”

Sinden adds: “We also have a strong procurement policy driven by Cushman & Wakefield Excellerate where we promote black economic empowerment, while using the centre as a platform to showcase local artisans and artists as part of our local enrichment policy.”

Subsequently ingratiating itself into the local fabric of Sandton, the ongoing prevalence of Sandton City and Nelson Mandela Square to the local region is undoubted, but this isn’t to say that JHI won’t continue to promote further growth in the years to come.

Gaddy concludes: “We are always looking to improve and we have major plans for changing certain areas of the mall and to embrace a more pedestrian ingress into the area. We are of course then continuously changing the tenant mix too and will be introducing a host of new retailers over the coming months; capitalising on contemporary trends such as affordable luxury and the growing leisure scene.

“It all contributes to our master plan for the next three-five years which speaks to the centre becoming even more open, even more user-friendly and even more diverse; to exist not just as a place to part with money, but a place to enjoy a full, relaxing day-out experience.”