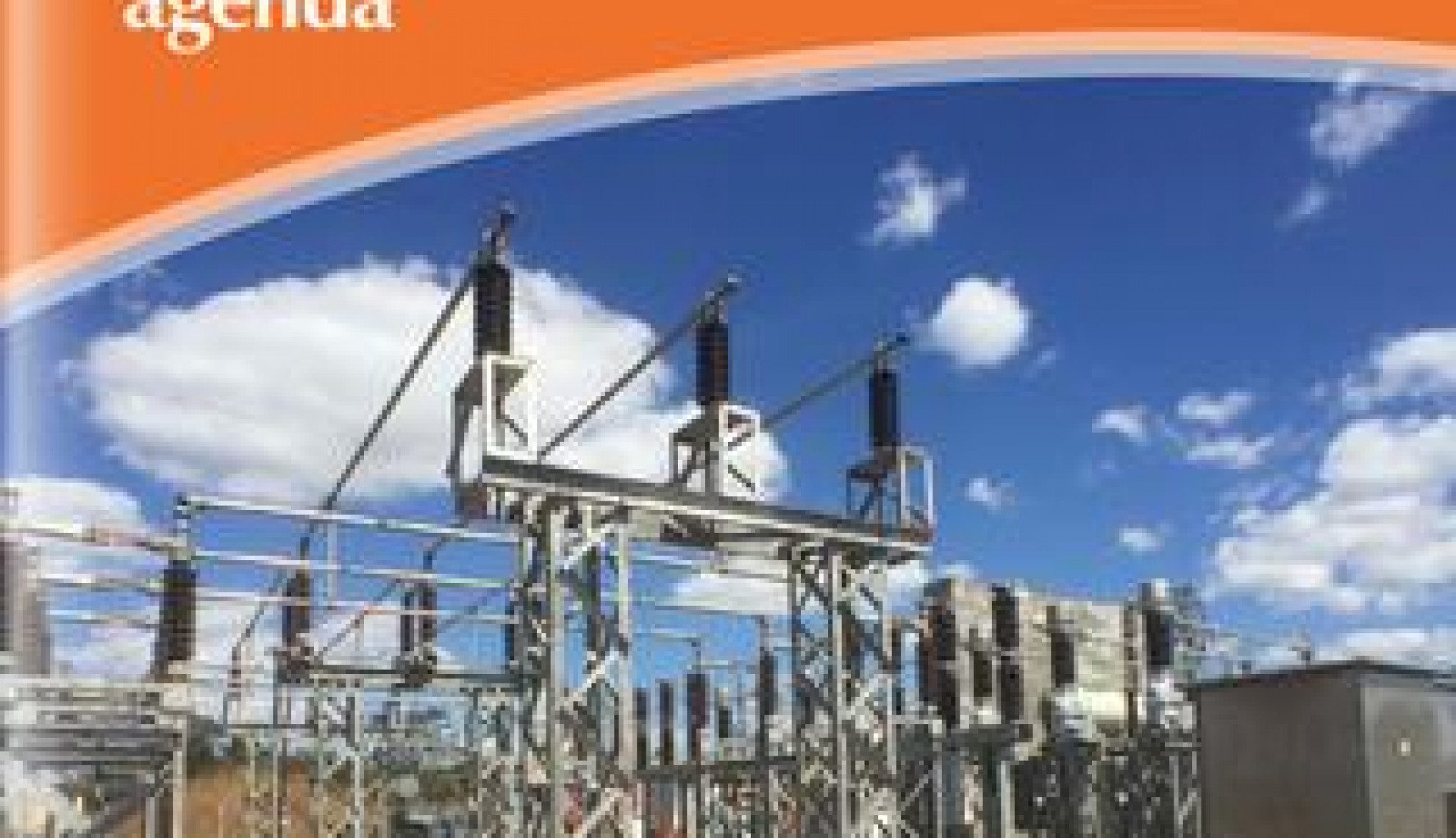 Since independence in 1964, Zambia’s economy has largely depended on copper as its major export and in the 15 years that followed, a series of reforms that brought most economic activity into the hands of the state were implemented by the Government.

As a result of this action, many state-owned enterprises in almost every sector of the economy were created. With the return to Multi-party politics in the early 1990s, the new Government embarked on an ambitious privatisation agenda which rapidly transferred most state business assets to the private sector.

However, the Government retained ownership for strategic enterprises and also kept minority shareholding in many other privatised companies. These remaining state-owned enterprises were placed under the supervision of Government ministries.

It was however observed that whereas Ministries are strong on providing policy guidance they did not necessarily possess the requisite commercial and investment expertise and resources needed to ensure the positive performance of the State-Owned Enterprises under their supervision. As a result, these enterprises were unable to give Government a return on its investment and contribute to the Treasury by way of dividends as some of the enterprises were surviving on Government subventions.

“With this, it quickly became obvious that the Government needed to implement a more modern investment structure which would enable it to effectively oversee its holdings in the state-owned enterprises, enabling transformation which would make them profitable”, explains Mateyo Kaluba, Acting Chief Executive Officer at IDC.

“It was also seen as an opportunity to create an institution which the Government could utilise in order to address the challenge of jobless growth that had characterised Zambia’s economic development,” continues Kaluba. “Value addition to Zambia’s abundant natural resources has been at a minimum and has meant that the economy has not been creating the kind of jobs needed for its people. The Government needed an institution through which it could leverage its portfolio of enterprises and drive its industrialisation agenda,” he further added.

“Through this need, the IDC was the institution created to oversee the Government’s portfolio of companies while also driving the much needed value addition agenda.”

As a relatively young institution in the country’s history, the wholly-owned Government entity has a dual-mandate to spearhead the Zambian Government’s commercial investments, which are centrally aimed at strengthening Zambia’s industrial base and job creation.

August, 2015 brought about a big change for the Company, with the Government transferring its interests in 29 enterprises to the IDC, ranging across various sectors such as energy, forestry, agriculture, telecommunications, financial services, railways, tourism and logistics.

Kaluba describes: “We finance our activities by leveraging our portfolio of companies through a variety of aspects including internal profitability and retained earnings, bond and debt raising on both domestic and international markets, as well as divestments from mature investments.”

The institution does enjoy operational autonomy by virtue of its ownership structure, enabling it to extract benefits that ordinarily would not accrue to an institution outside the Government. This provides the IDC with the perfect position to be without doubt a solid partner for co-investment within the private sector.

As is often the case with state-owned entities, there are many strategic long-term and short-term plans in place to continually achieve success in its agenda.

“We have a five-year corporate strategic plan in place, with our focus in three main areas; the first being repositioning of state-owned enterprises on the existing portfolio through recapitalisation, altering business models, mergers, and divestures,” Kaluba affirms. “Alongside this, we have a particular focus on positioning our companies for listing on the stock exchange.

“Our second focus is on value addition, investing in companies and industries that leverage Zambia’s natural resource and other endowments, with the third and final focus on partnerships where we have set out to make the IDC a partner of choice for joint ventures.”

Within its strategic plans, IDC also has key projects in the pipeline for this year, attaining commercial close for 50 megawatts (MW) of the 100MW Round 1 Scaling Solar project in February, 2017, where Neoen of France is its partner in the venture.

“In March, we attained commercial close for another 50MW where Enel of Italy is our partner, both of which were successful Independent Power Producers (IPP) who have co-invested with us as the minority shareholder,” Kaluba continues. “Other projects include the establishment of a tractor and agricultural equipment assembly plant.”

Agriculture is a priority sector of focus in Zambia, not just for food security but also job creation and export diversification. In order to upscale productivity and economic benefits in the agricultural sector, it is important to have a local capacity put in place which will support access to modern agricultural equipment in a sustainable manner.

“The Company has been able to achieve this by partnering with a European private sector player, Ursus S.A of Poland, which has the technical knowhow and expertise in the field,” Kaluba expands. “The plant will not only cater for Zambia, but also neighbouring countries and should assemble about 2,000 tractors a year, as well as other agricultural equipment. Running simultaneously, we also have pipeline projects in agro-processing and tourism.”

As an organisation with responsibility over public assets,  the Company has key defining values under which it is administered, which include professionalism and transparency in its investments, while undertaking investments and business undertakings which are consistent with the tenets of accountability in the use of public funds: integrity, distinction and partnerships.

“The foundations of our approach to both business and investment are to be mutually beneficial for our partners and our Company,” Kaluba explains. “Another major differentiator for the Company is our operational autonomy from Government bureaucracy, which has allowed us to be more efficient while being in a solid position – by virtue of our ownership structure – to extract benefits for the Corporation that would not be viable to an institution outside the Government.”

At its core the IDC is an important innovation for the Zambian Government; it is incredibly well positioned to partner with the private sector due to its willingness to take on the risks that the private sector would ordinarily be hesitant to take up.

“It is important to remember that despite the fact that we are wholly-owned by the Government, we are not a government agency or department,” explains Kaluba. “IDC is incorporated under the Companies Act, with our shareholder, the Minister of Finance, expecting us to deliver a return on investment and therefore those who decide to partner with us must take this fact into consideration.”

Another issue of significance is that Zambia is rich in fertile land, water, minerals, a youthful population and a pro-business policy environment, and should be a preferred destination for new investments. The country is also land-linked with eight neighbours and has free-trade agreements with 26 Southern, Eastern and Central African countries. Therefore investments into Zambia would give an investor access to a much larger market than just Zambia.

Kaluba adds: “We are always prepared to partner with companies,  both local and foreign, who want the opportunity to invest in ventures which will add value to our natural resources and create jobs for Zambians.”

For such an institution, there is still a lot of room for growth and progression in its role in Zambia, and in that IDC has high hopes.

“We would like to have transformed state-owned enterprises on the portfolio into viable and profitable enterprises, while having listed at least three companies on the Lusaka Stock Exchange over the next two years,” comments Kaluba. “We should also be able to point to new industries created under our initiative in renewable energy, manufacturing and tourism.”

During the 2017-2018 period of time, IDC has an investment programme which is valued in excess of US $1 billion, involving the recapitalisation of state-owned enterprises and investment in new ventures, particularly within the manufacturing, agriculture and tourism sectors.