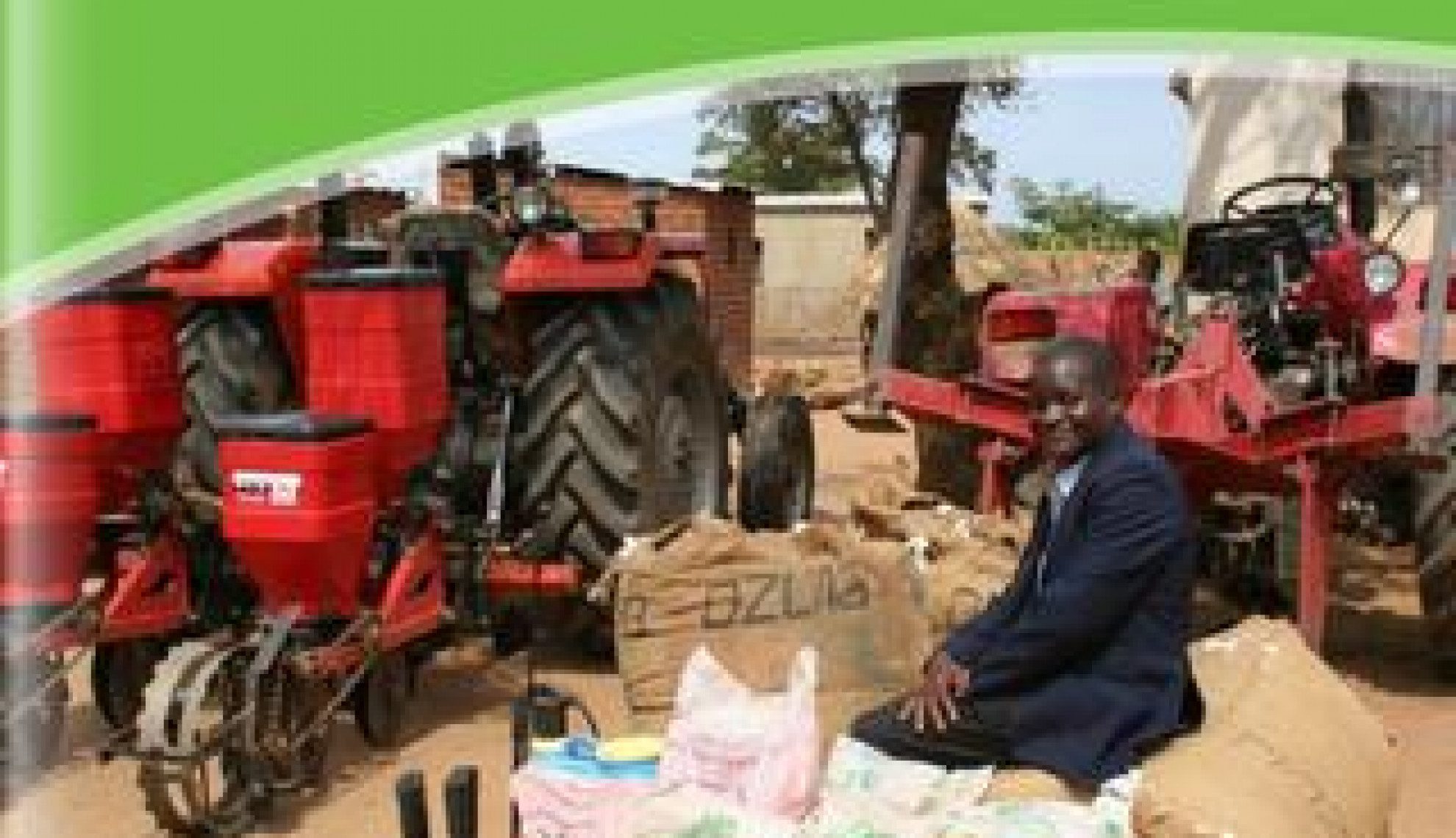 The business was established in the Mumbwa district as Mumbwa Cotton Ginnery Limited. Later it developed to a privately owned Company by the name of Dunavant. The business was sold on to Louis Dreyfus Company (LDC), a Company best known as an international grain merchant. Today LDC still owns 40 percent of the shares, with the remaining 60 percent sold to the South African-based agricultural Company, NWK Limited.  The Company has maintained an impressive status as long-term market leader in the cotton industry in Zambia. Now NWK Agri-Services proudly manages the largest cotton out-grower scheme in Zambia, with a farmer base of 120,000 to its name.

NWK Agri-Services’ focus remains firmly with small scale farmers; each year the business strives to gain more cotton farmers to grow as part of NWK Agri-Services. Expanding into commercial farming is an aspect the Company is looking into, however, this will be focused on input supply and grain handling due to the lack of commercial farmers involved in cotton production.

Traditionally known as a cotton-only Company, NWK Agri-Services ran an out-growers scheme in Zambia where the small-scale farmers are producing the cotton and delivering it back to NWK Agri-Services. Since NWK South Africa’s involvement with the business five years ago, it has made a unique effort to diversify in the Company by involving itself in grain handling as well as input supply to farmers.

As a persistent innovator in the sector, NWK Agri-Services has had to face some adversity in the past few years. The Company began an ambitious initiative which focused on efforts to mechanise small scale farmers, something which has now been put on hold.

“The timing couldn’t have been worse for us. We’ve had two of the worst drought years in recent history due to the El Nino phenomenon, which really hammered the yields of the newly mechanised farmers and hampered our progression in the project. Even though it’s a concept that we firmly believe in and know has a lot of potential in the future, we have had to put the brakes on it for now,” explains Pierre Lombard, Chief Executive Officer at NWK Agri-Services Zambia.

Not only has the Company had to battle with the elements, it has also had the ongoing battle of succeeding while dealing with the cost of finance in Zambia as well as fluctuating currencies.

“No farmer can be truly successful in an environment where they have to pay 30 percent interest. It is an aspect we need to resolve before we will consider resuming with the project.” Lombard adds.

Cotton is and will remain the mainstay of NWK Agri-Services’ business for the foreseeable future, but it is clear this is dependent on what happens across international markets. For the Company, the goal of reaching a consistent production of around 100,000 tonnes of seed cotton is at the forefront of its plans.

“As far as cotton is concerned the drive has always been to improve the yield, and to that end we have an extensive yield improvement programme which we use to train our farmers,” expands Lombard.

Despite the efforts the Company goes to in order to achieve the highest standards in cotton production, progress is limited due to stresses on the cotton industry. Given the relative low international cotton lint price, there is very little investment in cotton production; in order for NWK Agri-Services to remain competitive, it is continuously looking for ways to reduce cost while focusing on ways to increase seed cotton volumes.

NWK Agri-Services Zambia is one of a few businesses in the Country to involve itself in a broader base of activities, as Lombard goes on to clarify: “Most of the cotton companies are cotton only companies; therefore the fact that we’re involved in other aspects is really diversifying our brand and differentiating us from the other companies within the industry. In essence, cotton is a very seasonal activity, so we have tried to increase activity throughout the year.”

In its retail department, NWK AGRI-SERVICES is looking to diversify its product range. Looking closely at suppliers who are willing to support the Company in their search for the ideal product range; something that a large number of suppliers are prepared to do.

In order to facilitate these changes, the Company has had to hone its supply chain management strategy. For some products it uses a central warehouse approach, supported by an efficient distribution function. Bulky products like fertiliser and animal feeds are delivered by suppliers directly to the various retail outlets.

Lombard adds: “We had to strike the balance over the past three years of trying to cut costs whilst being as effective as possible. Therefore, we have found other avenues to grow the profitability of the Company. We did invest a fair amount of money in grain handling equipment, building grain handling sites and started working with silo bags for grain handling specifically.”

The next big thing

The African market has room for exponential growth and is often spoken about as the ‘next big thing’ in terms of potential. However, in order for this potential to materialise with a positive effect for companies such as NWK Agri-Services, Zambia will need to reach a point where its agricultural policies are more stable; unfortunately interference from the Government in aspects such as closing boarders and interference in the agricultural commodity markets are hindering private sector involvement and progress.

Lombard continues: “We hope that the whole system will evolve to a point where the Government is less involved in the agriculture markets, while focusing their attention on the development of the sector through infrastructure development and extension services. This would be the ideal way to open up opportunities for private agricultural companies to get more involved in the process of unlocking the vast agricultural potential of the country.”

Capitalising on opportunities are vital for a Company such as NWK Agri-Services to thrive. For example there are opportunities in retail to expand its operations.

“If the correct strategy is implemented we believe that the Company can at least double the number of retail stores we run in the next two-three years. In order to achieve the desired expansion we are trying to utilise our already extensive footprint; having started from zero we already have 12 retail outlets spread throughout the country,” Lombard says.

“The type of growth which we hope to achieve would be to double up on our grain handling and storage ability. Obviously this is all dependent on the policy framework referred to previously.” Lombard concludes.

“The grain market is moving towards bulk handling and therefore we will adjust accordingly. Currently, virtually all of the production by small scale farmers is handled in bags. However, end users are increasingly looking at bulk handling as a way to reduce costs.”