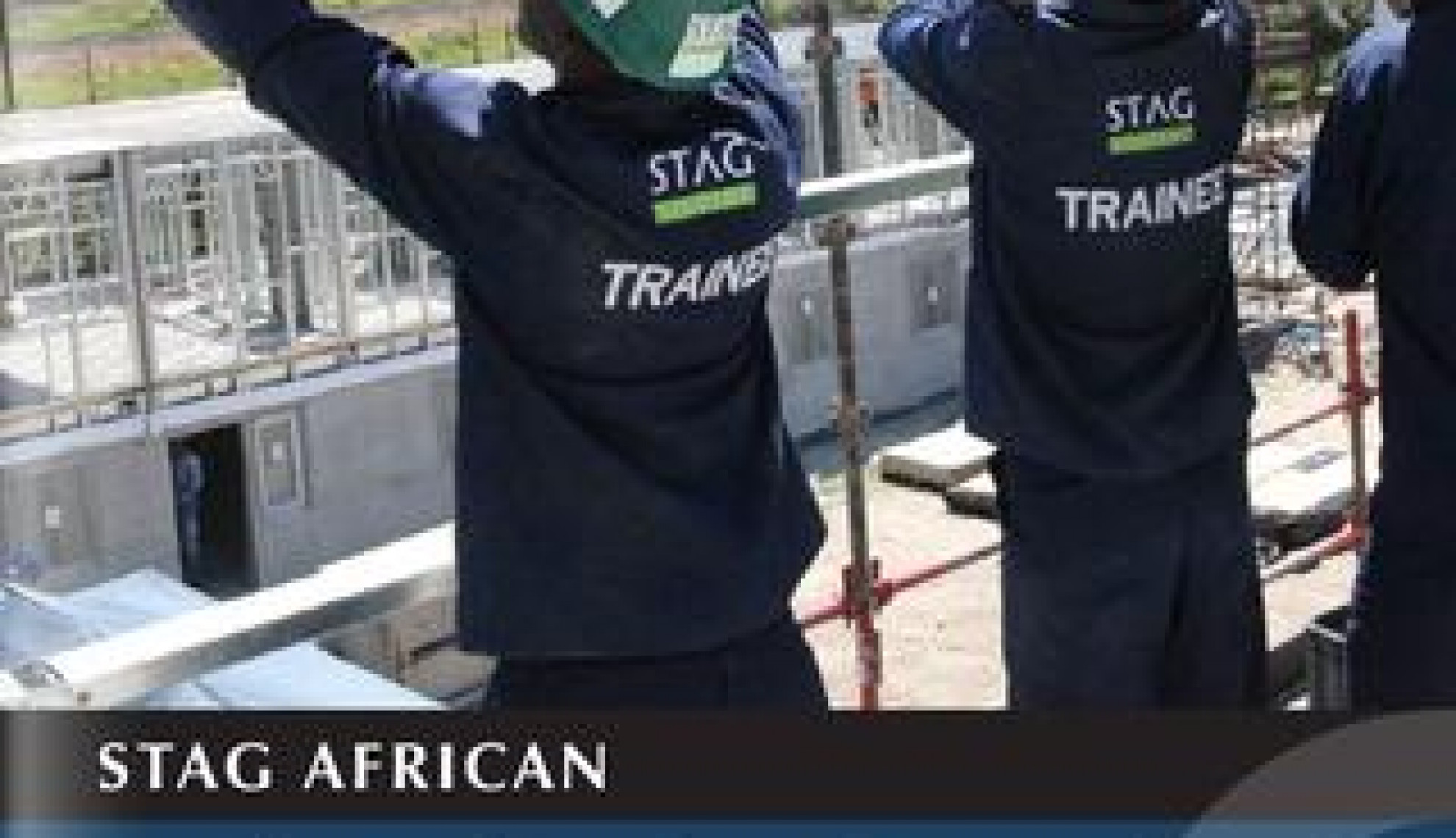 STAG African’s dream of becoming the most innovative green Company on the African continent is well on its way to fruition following the completion of numerous projects ingratiated into its core model, while diversifying into myriad adjacent sectors through the optimisation of its guiding principles.

Established in its current guise in 2008 as an organisation committed to producing more affordable student accommodation in South Africa, the pillars on which this vision was built incorporated sustainability, flexibility, technology, innovation and community. With affordability the umbrella keeping all of these facets aligned, STAG African soon made a name for itself in bringing much needed efficiencies and cost savings to a country having somewhat of an accommodation crisis.

Education was required in most cases, and it’s not to say that the crisis is over, but STAG African, guided by its driven Managing Director (MD), John Schooling has certainly succeeded in making affordability and green solutions mainstream, with numerous opportunities both home and abroad being formulated as a consequence of these initial achievements.

“Our eight guiding principles can combine to drive affordable student accommodation, based on principles of the 21st century student lifestyle. Through these principles – namely innovation, sustainability, flexibility, technology, community, affordability, job creation and leveraging of grant funding – we’ve already shown we can bring down the average price per bed from R344,000 to 150,000 and operating costs from R20,000 to R10,000.”

The latest challenge for STAG African following this long-established realisation in accordance with South African statistics is that the same figures may not apply in neighbouring nations, where the Company has been focused on spreading its influence to.

In Lesotho and Zambia, for instance, the chasm between current accommodation costs and student affordability is even wider, requiring a more drastic approach by STAG African in order to find a solution.

“In these examples, we’ve been able to access large amounts of grant funding to take capital costs down to zero and leaving only the operating costs and student fees to pay for,” Schooling explains. “That’s been our biggest advance in the past year; last year we were building the perfect residence for students based on affordability, but as we’ve gone into Africa we’ve realised that affordability is dependent on the country, and that even though we were building the best student accommodation we could, it still wasn’t affordable.

“So we needed assistance and that’s’ where we’re working at the moment, working with people all over the world willing to find money to take our principles to other countries.”

So far, as much as $160 million has been raised in grant funding and has subsequently been targeted towards some of the most technologically advanced and greenest student accommodation projects ever seen in these countries.

Result-wise, this means that the Company can look towards a rise from 1,200 completed beds a year to as many as 4,000 in the years to come. But more importantly perhaps, it represents a general change in attitude from the general population towards the crisis that STAG African is trying to overcome, and the trends it is addressing in overcoming it.

“I think it’s the globalisation of the trends,” Schooling emphasises. “In South Africa, we were promoting the idea of sustainability at a time when it wasn’t the popular buzzword. It was a battle.

“But now the trend has overtaken us and we need to rise to it. The protocol and the commitments around the world to reduce our total carbon emissions and things like that have become a reality. Five years ago, when we started, no-one was interested, but now everyone’s aware of it and everyone’s doing it. It was exhausting flying the flag on our own, but the education phase seems to have been completed at least.”

This awareness now provides a readymade platform for STAG African to unleash its innovation and expertise with systems and processes that tick all the boxes expected from 21st century construction. Houses can now be completed in less than a day, and the concept of green possibilities evolving into green jobs and green skills is aiding not just each individual project, but each country’s infrastructure as a whole.

“We want to take the minimum number of people per solution and it’s much less expensive to use local labour so you don’t need to bring people from far and wide to Africa,” Schooling says. “You need a level of expertise to transfer the skills to the local people but once they are up to speed, it will be much more cost effective in future years to have local artisans with green skills.

“We are continuously looking to pioneer and to innovate in order to get costs down, and to do that, the principles always remain the same in addressing both space and cost. For example, we’re not just looking horizontally but vertically in our designs now and are continuously interacting with our markets to see what they need and to then apply our solutions and innovations to those needs.”

Not only looking for expansion in terms of geography, there has been a similar realisation within the business that those same core principles can be spread wider in terms of sector diversification as well; an idea that has been driven by accolades such as being awarded the greenest residence in Africa through a recent Cape Town project, and one compounded by a more concerted drive into the development of biomass solutions and renewable energy projects.

“Basically we’re being called upon to find more and more solutions in new spaces, and that really excites us,” Schooling adds. “Africa is in a really, really good time and space in terms of developing things and for them to quickly become a reality.

“Green solutions may still be new in a lot of African countries, but the continent is keen on it and there is a high level of acceptance of these new innovative systems.”

In both meeting these fresh requests and requirements while simultaneously boosting numerous social issues in the form of youth unemployment, internal economy building and domestic trade, STAG African is ensuring sustainability far beyond the confines of its constructs, and Schooling is as dedicated as ever to continue meeting the needs of a continent.

“We’ve come full circle and are now back to where we believe we can solve problems, as well as address the biggest social problems,” the MD concludes. “Product development and manufacturing can be brought back to Africa, youth unemployment can be reduced and as soon as the market in general becomes big enough to sustain a local ethos, then it will do.

“The learning curve has been steep and interesting in Africa, but internalising is an important concept, and if it’s possible to address the student accommodation crisis using world-class technologies, innovation, flexibility and sustainability – while at the same time employing local people and working with local suppliers – then it’s a win-win basis for Africa and by solving one crisis, we can help solve other crises too.”