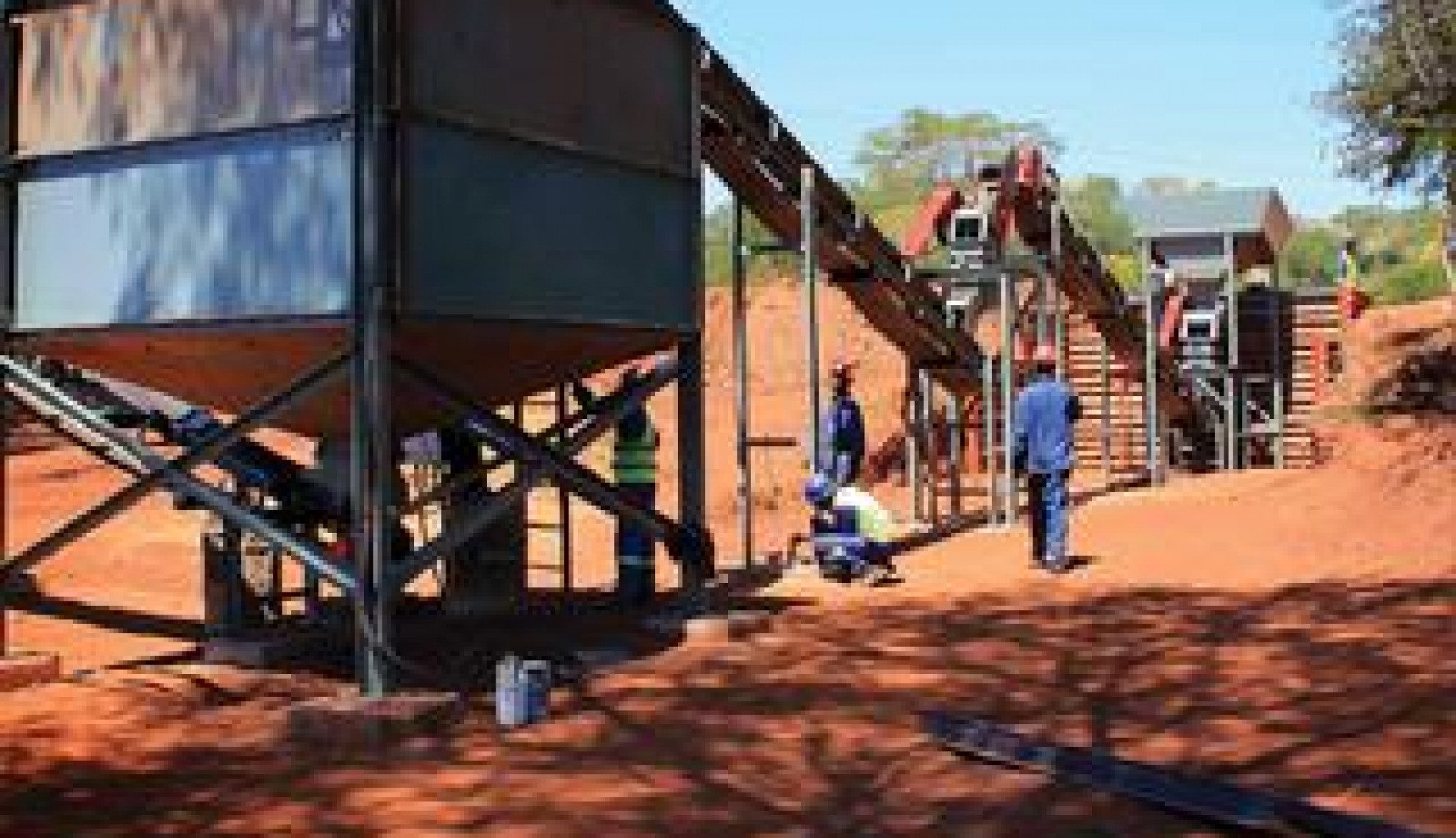 African Consolidated Resources is a company perched on the brink of great things. This Zimbabwe-focused company has projects covering gold, nickel, platinum, copper, phosphate and diamonds. Africa Outlook talks to Chairman Roy Tucker about what the future has in store.

African Consolidated Resources (AFCR) has been active since 2004 and has made great use of first mover advantage, purchasing an enviable portfolio of over 12 key projects at a time when many companies are struggling to raise the capital for new ventures.

“It’s been quite a difficult investment background, but we have been successful in getting a number of properties,” says Chairman Roy Tucker. “We are progressing from being exploration and prospecting only to development and mining too – and this partly changed because of the world economy.”

It’s safe to say that the development is currently going extremely well. we spoke to Mr. Tucker the day after
African Consolidated Resources announced that the definitive feasibility study (DFS) had been completed on time and within budget for the Phase 1 being the oxide cap of its 3.2 million ounce Pickstone-Peerless gold site in Zimbabwe. The DFS established a maiden reserve of 136,000 oz at 2.06 g/t.

This is merely the feasibility study for Phase 1. The full open pit planned for the site is reported to have 813,000 ounces of gold at 5.1 g/t, producing a much higher yield.

“We regard the oxide pit as just a stepping stone for the larger pit,” says Tucker, who aims to raise capital through the bankable Phase 1, while feasibility studies are carried out on the extremely promising Phase 2.

At a time when the gold price is volatile and banks are skittish, raising the funds – even for a project this promising – is tricky, but African Consolidated Resources have plenty of options. “We would be willing to possibly sell part of the mine to raise funds,” says tucker “we are looking at a variety of options.”

However, with a current drought of funding for new exploration in the industry, a bird in the hand such as this is worth plenty – and is set to become worth even more. “People talk about the gold price a lot but there’s been a lot of work into the real cost which must ultimately underpin the price. CRBC World Markets have done a lot of work and found the real cost of one ounce, taking into account all exploration and other costs has now reached at least $1,500. In addition there have been very few major new gold discoveries in recent years and eventually that’s good for the gold price… eventually.”

Indeed, AFCR’s feasibility study used a 2014 gold price estimate of $1,250 per ounce, a 2015 price at $1,350 and a $1,500 price thereafter. On these assumptions this is an especially sweet investment prospect, but the proposal remains profitable even at much lower prices. That said this is just one in AFCR’s portfolio. “Gold has to be our focus because we have the Pickstone-Peerless mine, but we’re not wedded to gold. On principle we want to be a multi-commodity company.”

With nickel, platinum, phosphate, diamonds and copper also in the mix, AFCR has plenty to be upbeat about. The company has recently taken on a new non-executive director Neville Nicolau, former CEO of Anglo American Platinum. AFCR CEO Craig Hutton welcomed him stating, “Neville is a highly experienced and respected mining professional, who brings an enormous breadth of knowledge to the AFCR team at this critical time in our evolution into a development and mining company. His previous incarnations as CEO of Amplats and COO of AngloGold Ashanti give him an exceptional insight into the development of a resources company, and we hope to use this to leverage our position into a mid-tier multi-commodity production company.”

With such ambitious growth goals, what are some of the challenges AFCR faces in the future? The costs of exploration claim costs from the Zimbabwean government are an ongoing issue for the industry as a whole – having risen 5,000 percent in recent years.

“It’s a huge disincentive for greenfield explorations which is what we’ve previously been very good at,” says Tucker. The entire industry has been operating in a difficult political environment, but AFCR has adapted its plans accordingly and is upbeat about the future. “We’re aiming to have a very positive relationship with the new government of Zimbabwe.”

In addition there is the Indigenisation legislation to consider as the company grows to produce profits. “Though we don’t yet have to indigenise the company as matter of law, as a matter of practice we plan to initiate this soon as a gesture of goodwill. We are also looking to employ a Zimbabwean COO in Harare.”

As the political situation stabilises and investment rises, operations are steadily becoming easier. AFCR has not yet commenced any mining except on a trial basis, but hopes to be well into production at the Pickstone-Peerless project during the course of next year. “The local level of education is good and unemployment is high, so we look forward to job creation in the near future.”

Though the company announced losses of $11.02 million for the year to March 31 2013, this was expected as exploration programmes continue. Meanwhile the company has raised $16.1 million in cash through private placement of 323million shares. Further fundraising will be required, but the prospects are good. Phase 1 of The Pickstone-Peerless project is estimated to produce $50 million earnings post-tax and discussions are well advanced on the obtaining of debt finance. In addition AFCR has the important but earlier stage Gadzema gold project in Zimbabwe, which has the potential to be no smaller than Pickstone-Peerless, and an important copper project in Zambia currently held up by a legal process as well as other early-stage operations in Zambia (rare earths) and Romania. AFCR recently informed shareholders it has been Invited to take part in an exploration by a copper mining company in Romania too and has signed a memorandum of understanding with Remin SA, Romania’s State mining company.

What does the future hold? “We own three potentially world-class properties and we have a robust team to carry them out,” says Tucker. “For a small company we’ve got quite a broad width, and we are poised to become a much bigger company.”

As soon as the Pickstone-Peerless project begins production African Consolidated Resources is guaranteed a steady – and probably rising – income with which to fund development on the rest of its property portfolio. One to watch.