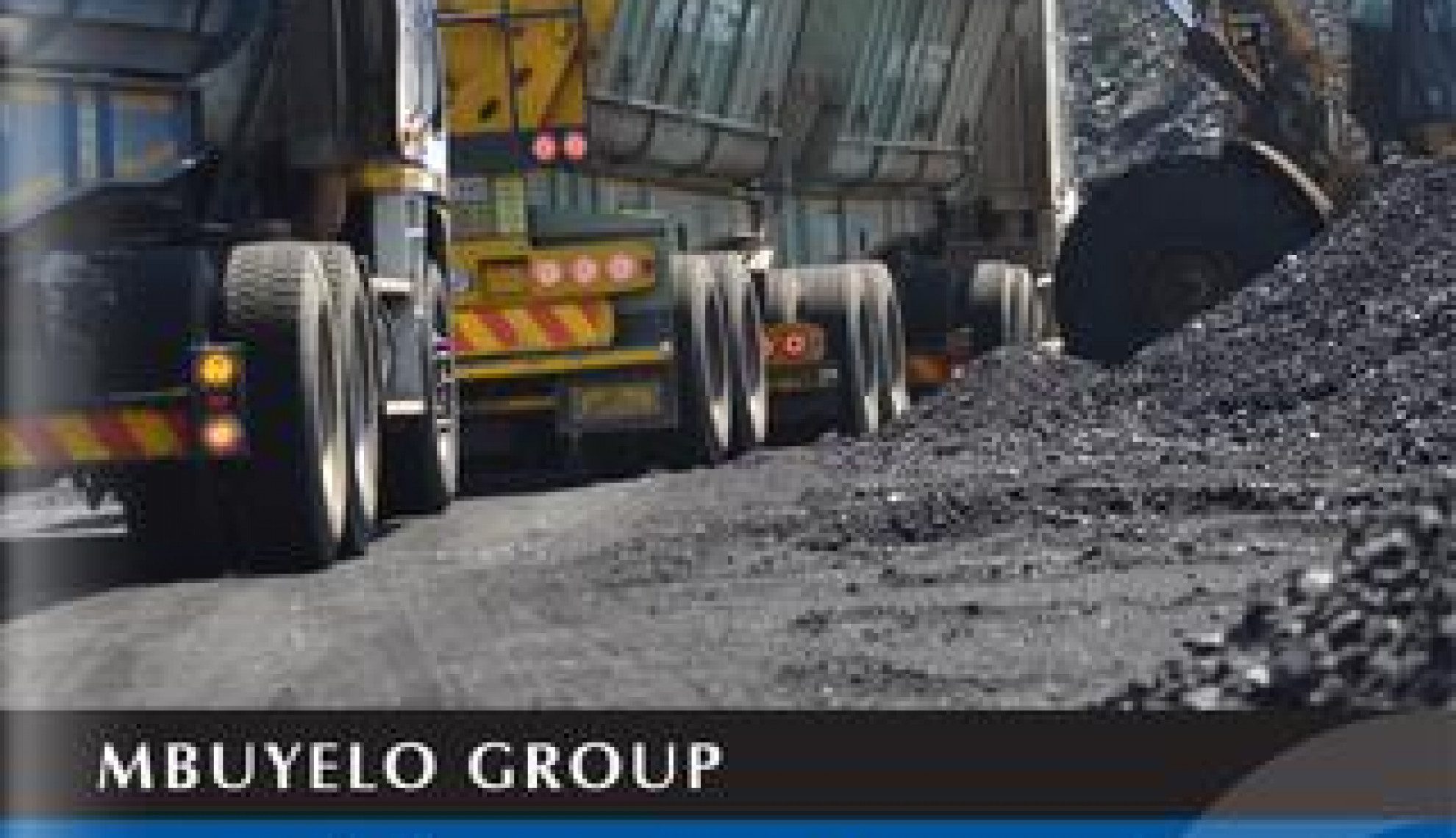 By working on a plan for consolidation and acquisition of further assets to solidify its position as a notable player in South Africa’s coal mining industry, Mbuyelo Group is to overcome the current commodity slump and retain market stability through targeted investments that increase production capacity in preparation for when the market inevitably turns.

Founder and Chief Executive Officer of Mbuyelo Group, Rirhandzu Owner Siweya, says that the Company’s two latest mining assets – combined with a broadening of the Group’s property and farming concepts, among its other subsidiary offerings – will act as the springboards to expand Mbuyelo beyond the traditional coal mining sphere.

“We are very excited to have achieved so much in the past year, including the more unintended successes such as the acquisition of the remaining 50 percent of the Ntshovelo Mining operation at Vlakvarkfontein, in addition to achieving all of our production goals with distinction. The intention is to use this momentum as an opportunity to consolidate what we have to build a sustainable business in preparation for market recovery,” he highlights.

Currently, the Group is working hard to prepare the Mbuyelo Coal (Pty) Ltd subsidiary for listing on the Johannesburg Stock Exchange in a bid to boost the overall business reputation and market presence.

Siweya adds: “It is only natural for this Group-wide consolidation strategy to involve looking for further investors and partners who share a likeminded outlook of the mining industry and willingness to embrace the possibility of new business relationships. This has proved a vital string to our bow in the past and will no doubt remain so going forward.”

Last year, Mbuyelo’s flagship mine, Manungu Colliery, underwent several upgrades to ramp-up monthly production in a bid to attract the eye of new investors. Speaking to Africa Outlook in 2015, Siweya said he was pleased that the Group had been able to foster good relationships locally so far, and hoped its reputation and commitment would continue to be noticed by others.

With an estimated lifespan of 30 years, this 100 percent Mbuyelo-owned opencast mine has an estimated 400 million-plus tonnes of resources and represents one of the few remaining Mpumalanga coalfields of South Africa.

In addition to these improvements, Mbuyelo made important upgrades at Rirhandzu Colliery to bring it into steady-state mining; while kick-starting a further mining operation at Welgemeend Colliery and taking its Welstand operations to the “next level on the value curve” by meeting all regulatory requirements and environmental authorisations.

Siweya explains: “Growing our asset size has strengthened our focus on the envisaged public listing of our crown jewel, Mbuyelo Coal on the JSE. Further, the aforementioned acquisition of Ntshovelo Mining from our then partners, Continental Coal Ltd, has enabled us to make our mark and increase investor confidence in Mbuyelo Group.”

Despite doing business in a market challenged by the global commodity price slump, Mbuyelo Group has taken an opportunistic approach to doing business in 2016, while striving to make sure investors and shareholders benefit from its activities.

“Continuing where we left off in 2015, our goals for the financial year 2016 are to carry on developing Vlakvarkfontein as a now 100 percent-owned Mbuyelo Coal asset, and focus on the development of Welgemeend Colliery. Simultaneously, we will make sure that investors and shareholders begin seeing a return on investment at the Welstand coal mine,” Siweya notes.

With Manungu and Rirhandzu now operational, a strategy of continuous improvement is in place at these locations to make sure they remain stable and cost-effective in terms of operational efficiencies and meet the ramped-up schedule.

He emphasises: “By optimising our operations with the resources we have available, we want to become one of the most stable mid-tier coal mining companies in South Africa. Having already met most of the financial requirements to satisfy foreseeable needs, this future is looking more and more likely in our quest to develop the Group into a sizeable institution.

“Moreover, if and when the market turns for the better, Mbuyelo Coal has already done all the necessary preparation to be able ride on the economic wave and achieve a listing on JSE.”

Placing concerted focus on acquiring local skills where possible to mitigate shortfalls in the mining industry, Mbuyelo remains passionate about not only further developing the skills of local people, but also about offering opportunities to its staff for further development and progression.

“As a South African Company that operates with a family-like culture, we have an Employee Educational Finance Assistance initiative, as well as the means to offer selected students financial aid to create a pool of skills that we can tap into whenever the need arises,” explains Siweya.

He continues: “We come from a culture that believes in ploughing back into the community and this is a practice we intend on sticking to. Our commitment to local enterprise development is a natural consequence of our existence.

“This comes across strongly through our corporate social responsibility (CSR) activities, where we look for sustainable projects that would be over and above legislative prescription. For example, out of Manungu Colliery, Mbuyelo has successfully empowered local black businesses through granting three logistics contracts.”

Guided by a wise leader, Mbuyelo’s “over and above” dedication is also very much applicable to the Company’s current consolidation strategy. With this clear message running throughout the entire business value chain, Siweya wants the Group to remain inventive and evolve beyond its traditional mining focus in order to generate alternative revenue streams and solidify the overall business.

He concludes: “Mbuyelo is an evolving company which is going through a transitional phase, from an entrepreneurial player to a corporate institution. We are looking to merge the two together to create the perfect hybrid; if we lose any one part of our business ethos, then we run the risk of killing the flair and very DNA that defines our origin.

“We want to keep inventing and evolving so we create our own safety nets that prevent the Company from failing and mitigate any potential challenges we may face. We consider ourselves very fortunate to have a winning strategy and favourable market positioning to make sure this never happens.”