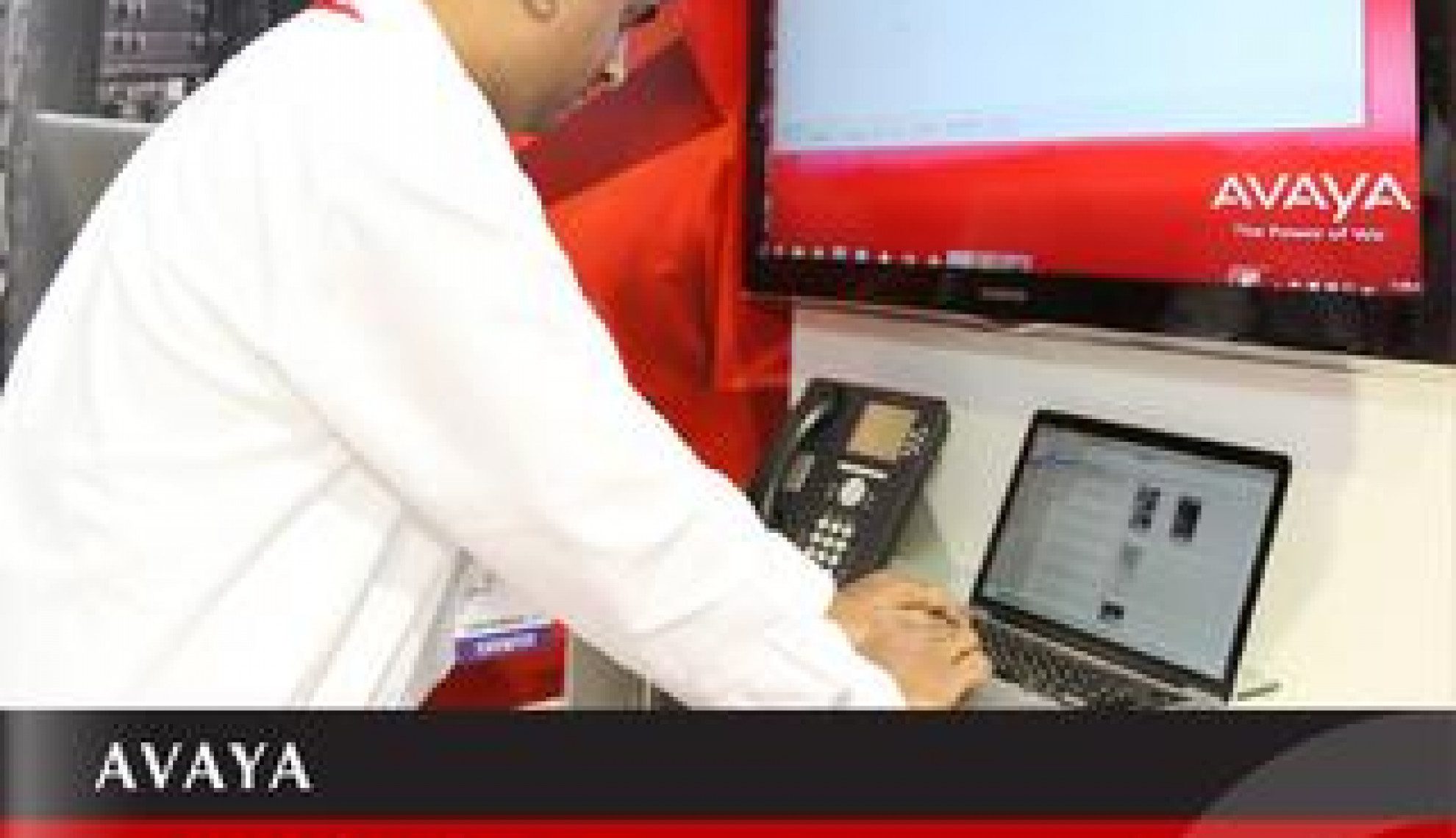 “Any vendor that comes to Africa needs to understand Africa: the problem most companies have is that they think of Africa as one country, where one approach will work, not a continent with 50-plus countries, each with their own political, educational, and technological systems,” says Hatem Hariri, Managing Director, Africa, Avaya. “There are more than one billion people here – with a huge mix of cultures, languages and development levels – and you can find people talking multiple languages in a single village.”

For Avaya, a global leader in business communications software, systems and services, communicating and bringing people together is very much part of the cultural DNA. Even so, the company has grown its business in Africa through a very much hands-on approach, Hariri says.

“Some companies want to work remotely here, but you can’t do that in Africa, you need to have a local presence,” he explains. “It’s an old adage that ‘people buy from people’, but it is definitely the case here. If you don’t have presence on the ground, you can’t really understand the diverse cultures and what is required.”

While Avaya has had a presence in Africa since inception, like other companies it made the decision to step up its investment in the region after the global recession, as part of a greater focus on global growth markets. Having established its first office in Kenya, today Avaya has offices in Nigeria, South Africa and Egypt, with a presence in Morocco and Algeria, as well as legal entities in Zambia, Tanzania and Ghana; which can be turned into offices at any time. Through its industry ecosystem of partners, Avaya has a presence in every African country today.

Avaya’s corporate roots stretch back to the start of the telephony industry. Having begun life as part of AT&T in the US, Avaya was spun-off as an independent company in 2000 to focus on innovation in business communications. Today, Avaya is the only company that specialises in complex business communications –internal for companies’ teams and external for their customers – based on open, mobile software platforms with the network infrastructure to meet customers’ underlying needs. As of January, 2015, Avaya had more than 13,000 employees worldwide, and it is a global leader in many communications sectors.

With this technology leadership Avaya is helping organisations in Africa to progress on their digital transformation journeys. Governments and enterprises around the globe are looking at digitisation strategies to drive operational excellence, customer and citizen satisfaction and greater competitive differentiation. Avaya’s client-tailored and outcomes-focused digital and smart services elevate organisations of every scale and accelerate growth through their digital journeys, with vertical, industry-focused solutions and services that focus on outcomes.

As African nations and businesses look to expand and play a greater role in the global economy, Avaya is operating in all verticals across Africa; including service providers, banking, oil & gas, government, education, healthcare, and hospitality. To give one example, Avaya is providing contact centre technology and managed services in 17 Africa countries for one of the continent’s major service providers. Avaya’s solutions and services increase the performance, reduce the costs and accelerate the transformation of the service provider’s communications environment, supporting more than a billion calls a year and including video and social media capabilities.

Today, Avaya works with 90 percent of the service providers in Africa, from Egypt down to South Africa, and also has a presence in most of the banks on the continent, including pan-African and regional organisations, with many of the large global financial institutions also being Avaya customers.

These projects highlight Avaya’s ongoing transformation into a customer-centric, software and services-driven company. Software and services accounted for more than 71 percent of the company’s total revenue in fiscal 2015 and by April this year, Avaya will offer all its technology solutions, including business collaboration, unified communications, video collaboration, contact centres, and networking solutions, in an ‘as-a-service’ consumable model.

“Avaya today has moved on from selling boxes, we are coming to the African market with new technologies and new ways of doing things; we are working with enterprises and governments in the region to help Africa with its digital transformation, helping to deliver solutions that change the lives of citizens and consumers,” Hariri says. “We are working very closely with governments across Africa to help them deliver a more connected experience to their citizens.”

With the majority of Africa’s population under 24 years of age, and the World Bank Group predicting the continent’s population will reach 2.8 billion by 2060 – more than a quarter of all people on Earth – digital transformation is key to Africa’s successful future, Hariri argues.

“We want to be in Africa to stay here and ride the wave together with Africa’s growth and participate in its future,” Hariri says. “We are going increasingly into education and healthcare, such as providing the end-to-end infrastructure for telecommunications to enable remote learning and healthcare provision, we are increasingly present in industries such as banking and we are here to stay and build with this population.”

Major transformation projects Avaya is working on in Africa include working with one government to build a centralised contact centre that allows citizens to access all government organisations via a single phone number. Avaya is also working on emergency alert systems with various police forces across the continent, while it is working with governments to provide infrastructure services including voice, data and unified communications.

“Governments want to be more accessible to their citizens – that means communications – which is where we help deliver smart government, making life easier for citizens by working in partnership with the government organisations to transform everything to digital,” he says.

While the region’s predominantly young, tech-savvy, population means awareness of the so-called Third Platform technologies – big data and analytics, cloud, social, and mobile – are high, adoption is still uneven, given the diverse nature of the market.

“It very much depends on the country. Some countries have good bandwidth, good infrastructure and good education, and consequently are very advanced in their adoption of new technology,” Hariri says. “If you look at countries like South Africa, Morocco and Algeria, our cloud value proposition is gaining tremendous traction, how we integrate video as a service, unified communications and so on. Many countries here have very advanced technology solutions that are ahead of other regions. For instance, we have seen the use of mobile phones to conduct banking transactions being pioneered in sub-Saharan Africa.”

“Other countries may seem behind in technology adoption but they are catching up fast as the infrastructure develops. The good thing that African countries have done is that they have all opened the market for service providers to come, so each country has several service providers competing to provide better service, and a better customer experience.”

For Avaya, the investment in Africa has proven an enormous success, delivering double-digit growth year-on-year, and winning numerous awards internally and externally. Avaya has doubled its team numbers in the Africa market, and is looking at further expansion, Hariri says.

“Africa is fertile land, whatever you put into it will bear fruit,” Hariri says. “We are investing more and more into the continent, and we are looking more and more at what other countries we can invest in because of the potential here. Africa is the hidden jewel of the world that is set to become the shining jewel,” he concludes.

With the Internet of Things (IoT) becoming an ever-increasing reality in the enterprise, the need to add devices, services, and applications at the network edge is growing exponentially. The Avaya SDN-Fx networking architecture is the first to deliver automation and programmability from the network core to the user edge, providing “connect anything, anywhere” simplicity; the perfect platform for building Internet of Things strategies and to underpin smart transformation.

Avaya SDN Fx is an open, software-defined networking architecture that delivers “connect anything, anywhere” simplicity, making it simpler for businesses to provision new services and reconfigure networks on the fly. From Wi-Fi accessibility to allowing access to personal devices, SDN Fx allows these to be managed and provisioned quickly, leading to happier customers and staff, and more efficient network management.

EDP is a software development tool that makes it easy to communication-enable business processes.  Flexible engagement modules, called Snap-ins, are capable of enabling a range of communication-enabled experiences. For example, a hotel or retail outlet could use Snap-ins to build location-aware beacons that identify VIP customers and notify staff to greet them personally.