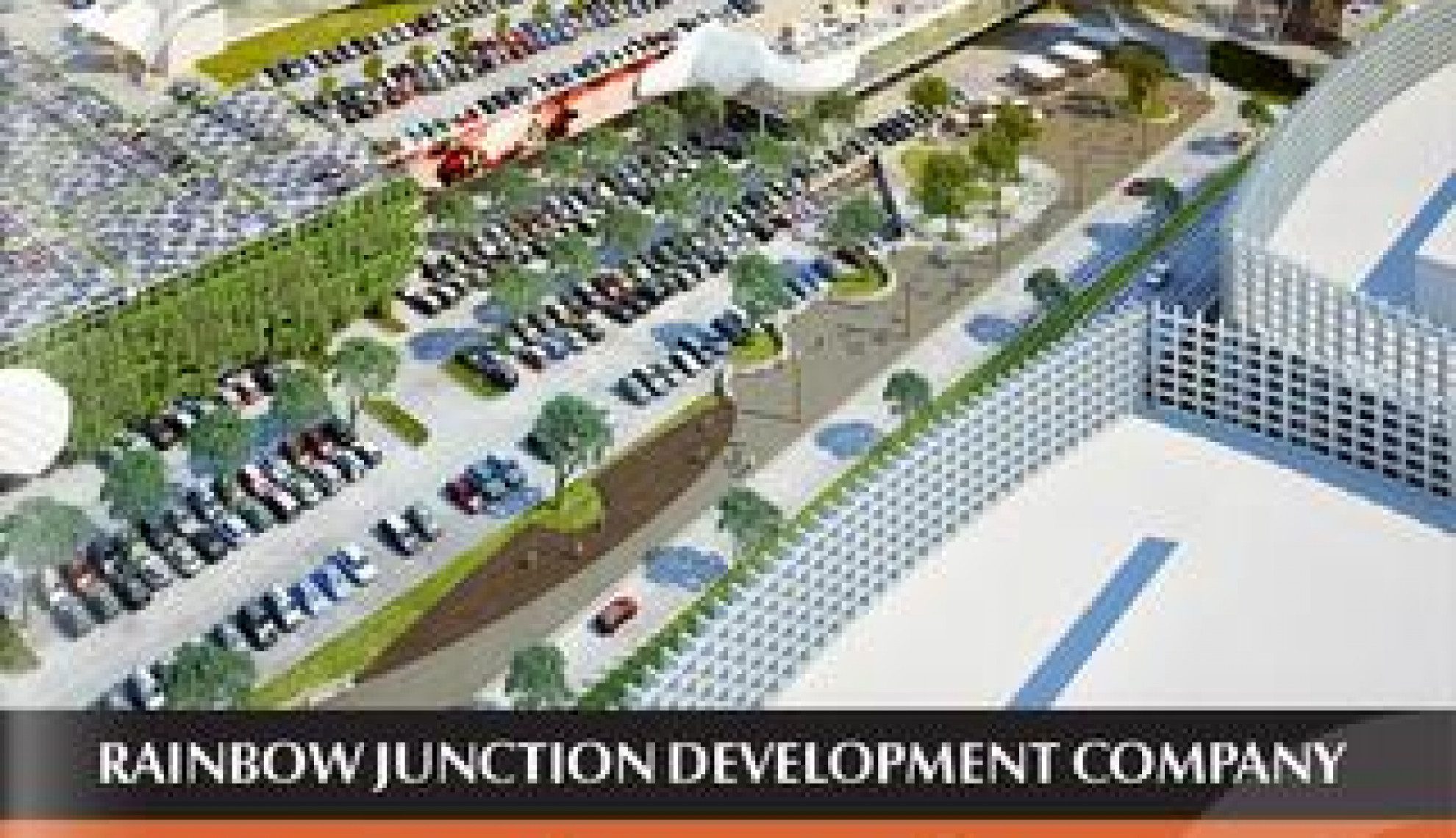 The New Pulse of Business

Rainbow Junction is well on its way to realising its potential of ‘building the capital city to towering heights’, evolving Pretoria’s periphery to levels of infrastructure, grandeur and sustainability previously unseen in the country.

Tasked with achieving these goals is the Rainbow Junction Development Company who has not only been responsible for the ongoing development of the area – situated in the foyer of the city of Tshwane, six kilometres north of Pretoria’s CBD – but has since been trusted with numerous government infrastructure project add-ons as the scope and influence of Rainbow Junction gains further national significance.

Dating back to 2001, Rainbow Junction is an ongoing development situated across 140 hectares of mixed-use private-sector land, bringing world-class integration and access to Pretoria via one of the most diverse and eclectic complexes in the country.

“Rainbow Junction provides an exciting and aspirational world-in-one for business, living, leisure, and tourism,” the Rainbow Junction Development Company states. “The spectrum of the rainbow is reflected in this iconic melting pot of diversity, integrated planning, carefully co-located facilities and vast possibilities.

“Rainbow Junction is the new definitive address of the capital city and will lead the way in modern living. Significantly, the city’s largest multi-modal interchange incorporating Bus Rapid Transport is under construction at Rainbow Junction. Rainbow Junction has also been officially classified as a catalytic project within the city’s ‘Zone of Choice’.”

All told, Rainbow Junction stands as R12 billion and 670,000 square metres of vibrant constructed development, bridging traditional trade and the most modern, ecological and sustainable of new-builds to become “the new pulse of business in Africa”.

To date, the development will create as many as 45,000 jobs across the five generations of two families who have happily claimed liability for the ongoing success of the project.

Intrinsic to this success over the years however, has been its non-stop evolution and the yearly continuous improvement and adherence to construction and business trends that are evident across the space.

In recent years, this has been epitomised by the city’s Multi-Modal Interchange including the Rapid Bus transport system, and even more recently, its multi-billion rand mixed-use property megaproject anchored by a new R2.5 billion, 98,000 square metre shopping centre.

“[The] super-regional shopping centre is getting unprecedented attention from investors and major developers wanting to co-develop or secure a stake in the groundbreaking [Rainbow Junction] project,” Dingle explained in a recent Company release alongside Gavin Tagg, CEO of Retail Network Services (RNS).

RNS have been brought on board by the developers to lead the leasing on the strategic super-regional shopping centre component, which will be called Rainbow Mall, and both parties are excited about the latest add-on to what is already a recognised pillar of South African business development.

Tagg comments: “It is great to be part of such an incredible development and to be working with Rainbow Junction Development Company. The overall Rainbow Junction megaproject is located on a prized 140 hectare Greenfield site in the capital city and boasts several other competitive advantages, so it is no surprise that the developers are now getting such great interest in the project.”

Dingle adds: “Rainbow Junction is set to be the capital city’s beacon property development and a South African landmark too. With all municipal, environmental and other approvals in place for the anchor Rainbow Mall development, the project is now gaining serious momentum and we are seeing excellent interest from prospective investors and major property developers who either want to secure a stake in the project or the whole development.”

Spearheaded by the Rainbow Junction Development Company, Rainbow Mall is set to become a cutting-edge addition to the overall landscape, with construction of the new retail and leisure destination set to begin in early 2016, and culminating in more than 250 retail stores, restaurants, a state-of-the-art cinema complex and an ice rink. Perhaps most importantly though, it is a symbol of the wider area’s commitment to progress as one of the country’s largest mixed-use developments.

Tagg continues: “The mall will dominate the node as well as offer an experience like no other. We are receiving great interest and feedback from retailers, but are considering our options carefully to bring together the best tenant mix.

“Although the shopping centre is part of a Greenfield development, its great location surrounded by an established market of some two million people and proximity to the CBD means it will attract strong local support as well as visitors from outside the area.”

Rainbow Junction’s commercial uses will include as much as 165,000 square metres for retail, 170,000 of prime offices, 120,000 for residential projects, and 65,000 for hotel and conferencing facilities.

Further concerted space will also be allocated to educational amenities as well as large public open spaces and recreational facilities to ensure that all bases are covered.

From a logistical standpoint, Rainbow Junction has also addressed a series of financial and capacity challenges over the years, facilitating infrastructural development which has, in turn, aided areas of transport, job creation and the local economy as a whole.

“In recent years, the Rainbow Junction Development Company (Pty) Ltd has proactively engaged with the City of Tshwane to find innovative funding and delivery solutions to this conundrum inflicting the development sector country-wide,” a release in 2015 said. “After a protracted period of putting heads together around the table, Rainbow Junction is proud to announce the official approval of a set of initiatives, workshopped with the City at all levels, by which the Development Company will deliver all required infrastructure in support of not only this new mixed-use economic node … but also servicing the vital Zone of Choice of the capital city.

“This Zone was identified by the City as strategic to economic growth, poverty alleviation and job creation and Rainbow Junction is defined as the catalytic project driving this growth to the north of the City.”

This unlocking of potential, growth and development in Pretoria is a proud accolade associated with Rainbow Junction, with the past seven years of exponential progress taking the project to the next level.

Fulford concludes: “This will be a world-class, integrated and sustainable mixed-use megaproject, developed with green consciousness and a low carbon footprint in mind. In line with this, Rainbow Junction is a strongly transit-orientated development.

“The mall is the biggest catalytic development within this megaproject, but there are others that we will announce as soon as they are finalised. For instance, exciting talks are progressing with Africa’s first sustainable hotel management group, Verde Hotels, to develop Gauteng’s greenest hotel within the ‘Green Grid’ component of Rainbow Junction.

“This project will have the potential to take over the current status of their flagship hotel property adjacent to Cape Town International Airport, currently hailed as Africa’s greenest hotel.”