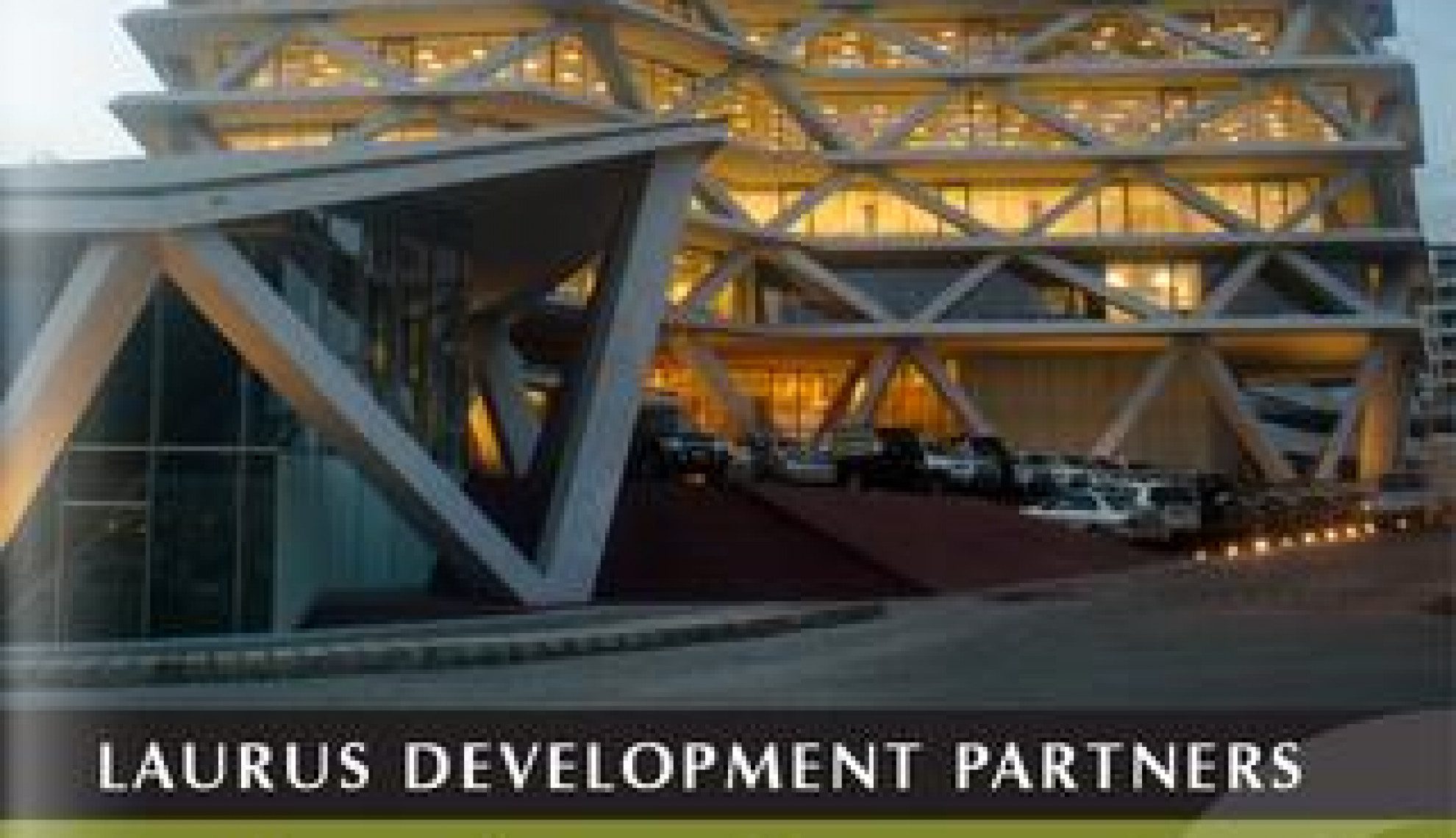 Laurus Development Partners is realising its ambitions of introducing international standard, sustainable projects to Ghana and Nigeria, just five years into its exciting tenure in the region.

The property development Company is a brainchild of private equity Group, Actis and Chief Executive Officer (CEO), Carlo Matta, set up in 2009 to address the lack of execution capabilities on the ground, as well as to support the former’s investment strategy across the two countries.

Less than six years on and Laurus is already close to managing $400 million developments on Actis’ behalf, having completed its first office project, and beginning work on a further two moving into late 2015 and beyond.

Matta recalls: “Laurus is the result of a meeting of minds and alignment of goals and vision between Actis, me and a handful of property professionals who are part of my team.

“I was fascinated by the changes and transformations West Africa had been going through since 2000; urbanisation, the emergence of middle-class, political stability and growth. I wanted to be part of it.

I thought that the partnership with a strong player like Actis would give us the opportunity to make a difference and to work on exceptional projects, and this has been the case. In 2010 I moved to Ghana and started building the team.”

Pulling together repatriates and expatriates among both local and overseas markets, the “exciting ride” that has subsequently ensued has proved every bit as successful as Matta hoped, not only in creating a diverse and extensive service proposition, but in engraining itself both into Actis’ and other third party investors’ own development ambitions.

The reason for Laurus’ appeal as a partner on such high profile projects largely stems from the comprehensive portfolio of services brought to the party; allowing the Company to remain flexible and entrepreneurial in offering customisable solutions, tailored to the demands of each construct.

This model has consequently resulted in the four main projects undertaken to date, spread across both Nigeria and Ghana’s key urban hubs, and emphasising the extent of Laurus’ capabilities to work on vast, complex developments.

Alongside the mixed-use office, hotel, retail and residential complex – the Exchange in Accra, Ghana – the Company’s most iconic project so far is its only completed one, in the form of One Airport Square, also situated in Ghana’s capital.

“One Airport Square is a Class A office development situated in Accra’s Airport City, the newest commercial and retail area, a few minutes’ walk from the most important venues in the city,” Matta explains. “The building comprises nine floors, 18,000 square metres of office space and 1,500 square metres of retail space.

“One Airport Square is one of the city’s most prominent design landmarks boasting the highest level of health and safety standard and has attracted blue-chip tenants such as Nestle and Puma Energy.”

The Actis-Myma Belo Osagie joint venture has benefitted from Laurus’ expertise in achieving Green Stars certification and in becoming Ghana’s most advanced development through the use of world-class construction techniques and finishes.

Moving into Nigeria, Matta continues: “Heritage Place is another Class A office development, situated in Lagos’s prime commercial and retail area of Ikoyi.

“The Project is the first green certified commercial building in the city and has achieved LEED accreditation. Heritage place is Nigeria’s most advanced development and is rapidly becoming a landmark development; comprising 16,000 square metres of office space over eight floors, a double-height reception, a meeting and dining area, and more than 350 private car parking spaces.”

Jabi Lake Mall in Abuja, Nigeria completes the impressive portfolio compiled in just half a decade, with it set for completion in November, 2015, and once again geared towards being a game-changer for the city. Featuring 30,000 square metres of floor space dedicated to the cream of the crop in continental retail, the complex also integrates cafes, restaurants, bars, a cinema and public areas to once again highlight not only the scope that Laurus is able to work to, but its ability to adhere to the demands of each project and indeed, region.

“While a lot of people think of Africa as one market, we cannot emphasise enough how Africa is a vast continent with 53 countries, each one with its peculiarities, market conditions, laws, regulations and languages,” Matta affirms. “We do not want to spread ourselves too thin as we know how difficult it is to manage large footprints in Africa, and this is why we are still focused on Nigeria, Ghana and Ivory Coast.”

In taking this approach, Laurus is also able to adopt a concerted local strategy in regards to its employment strategy; leveraging the Actis influence as well as its own rapidly growing reputation in the process.

“We tend to hire as many local professionals as possible, as local knowledge is key in what we do,” Matta says. “When we cannot find the talents we need locally then we look internationally, but increasingly we see West Africans living in the UK, France and US looking to come back to the region, so we tap into that pool of talent when we can.

“We are a small Company so every new hire is very important and in this part of the World, problem solving is critical to success so it’s more about having the right attitude than skills.”

Replicating the entrepreneurial culture evident across its external operations, Laurus has ultimately formed a very entrepreneurial internal structure among its workforce, having created an environment conducive to innovation, knowledge sharing, and close collaboration with each other and investors.

The final string to Laurus’ local bow comprises a strong commitment to corporate social responsibility activities, once again taking its lead from Actis’ longevity and subsequent involvement in regional enrichment.

This philosophy embraces everything from local personnel development to engraining the most modern and advanced green concepts into its developments, while always looking to boost the local economy where possible.

A strong “ownership mentality” is what Matta attributes this ethos to, and this has a similarly positive knock-on effect on the projects themselves, as Laurus looks towards future opportunities.

“We work in complete alignment with the investors and are very focused on quality as we believe quality assets will retain value in the long-term,” the CEO says. “We can comfortably say that Laurus is a pioneer in sustainable development in West Africa; One Airport Square is the first green certified commercial building in the region and we are very proud we had the chance to be part of it.”

Increasingly outsourcing project and construction management services, Laurus never detracts from the plethora of services that helped get the Company off the ground so nimbly to begin with, and an almost unrivalled track record in the market has been achieved over the past five years as a consequence.

Over the next five years, Matta expects such successes to be not just replicated, but refined and improved even further as it opens up West African markets to more and more international and local investors.

“In five years we have managed to deliver three projects, following the whole process from the first day we walked on to the site, to the day we handed over the keys of the building,” Matta concludes. “Our world-class team creates projects that are relevant; this means that they are aesthetically relevant, socially relevant and functionally relevant.

“Because of our experience, our expertise and our tried and tested approach, we are able to manage short and long-term risk and deliver strong returns.”