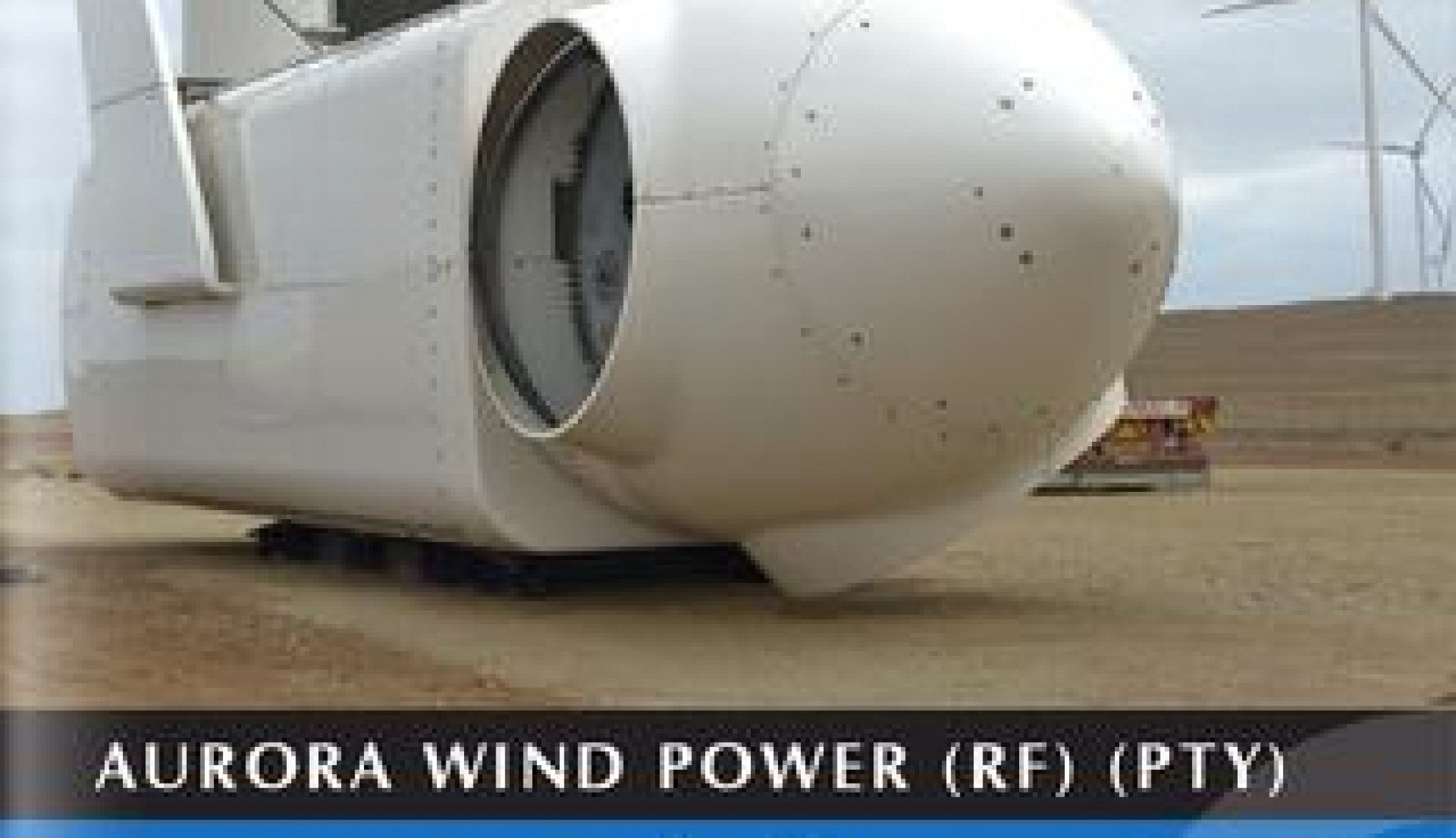 Secured in the second bidding round of the Renewable Energy Independent Power Producer Procurement (REIPPP) programme organised by South African authorities, West Coast 1 wind farm is strategically situated in the Western Cape Province, 130km north of Cape Town near Vredenburg, where the quality of wind resource produces a high quantity of electricity. “Factors such as this and the proximity of the electrical network determine a site’s suitability for a wind farm. Additionally, a favourable local logistical and infrastructure environment also contributed to deliver West Coast 1 on time and in safe conditions,” details Tristan Bosser, Chief Executive Officer (CEO) of Aurora Wind Power.

Driving along the West Coast road just outside of Cape Town reveals the extent to which the area has become a renewable hotspot; with the likes of Hopefield wind farm just one example of the many projects currently in operation as a direct result of the well received REIPPP programme. With the celebration of Global Wind Day on 15 June, 2015, the South African Wind Energy Association reported that 294 wind turbines have been installed to date in South Africa, which gives clear indication that wind power is truly taking off in South Africa. The Association also reported that the country has the potential for 2,000 wind turbines to be installed by 2020.

“Across South Africa, more than 20 large-scale wind farms under construction are due to generate close to 2,000MW of power when completed. There has been a high level of transparency in the competitive process organised by South African authorities which has been welcomed by the industry and all involved players, notably the financing institutions, which consist mainly of South African banks. Other African countries are showing interest in this renewable model as well. This model is considered of interest by other countries in Africa. West Coast 1 wind farm fits right into this environment, boasting 47 turbines, each with a generation capacity of 2MW and a total project investment of close to two billion rand,” says the CEO.

West Coast 1 started commercial operation on schedule and is a shining example of what can be achieved over the course of two years since construction began. “The wind farm is expected to offset an estimated 5.6 million tonnes of CO2 over the 20-year duration of its power purchase agreement (PPA). The estimated annual energy production represents the consumption of 110,000 low income houses, or 45,000 middle income houses. The success factors that contributed to this achievement are solid partnerships, strong support from both local and national authorities and highly motivated teams. We are also able to report zero working accidents during our construction period, a notable achievement of which we are extremely proud.”

In order to curb the country’s reliance on coal for electricity and contribute towards decreasing carbon emissions, the REIPPP programme was introduced with the hopes of delivering 3,625MW of renewable energy by the end of 2016. “It has really taken off which has encouraged the South African government to grow the programme larger than originally intended; and there is talk of them doubling the MW available in a substantial programme extension. The REIPPP programme is moving in the right direction and the additional megawatt allocation in round 4 promises to bring in a further 1,800MW to be awarded within the next year by South African authorities.

“Its success has created fierce competition in the wind industry, which has resulted in the price of wind energy decreasing every year, becoming the cheapest form of renewable energy across all technologies,” comments Bosser.

South African authorities have now approved more than 50 renewable IPPs and each project will require connection to the Eskom network in order to evacuate the power into the regional and national grid. This represents both large and sudden construction management and financing efforts for Eskom. “To cope with this big challenge Eskom has begun subcontracting IPPs via the specific procedure of a ‘self-build agreement’ to complete the work for them, which is proving very efficient given the current power crisis environment; taking some of the pressure off Eskom,” says Bosser.

Aurora Wind Power faced many challenges when realising the West Coast 1 project, both in terms of grid connectivity and site construction. “Firstly, in terms of the physical operating environment, deep sands along the 33km grid connection servitude hampered the construction supply chain, specifically when it came to the delivery of concrete for the 100 overhead poles,” Bosser explains.

“Secondly, in terms of erecting the wind turbines themselves, we found shallow boulders when excavating certain wind turbine foundations which subsequently required the use of dynamite. Strong seasonal summer winds also often halted the use of cranes for several days therefore, to maintain our timelines, we worked closely with Vestas to work through the night to make use of less windy slots and organise additional specific safety measures to support night-time construction,” he further adds.

Leveraging both the strengths of South Africa’s construction industry and the international experience of ENGIE and Vestas, Aurora was able to obtain all the skills required for every aspect of the West Coast 1 project. The construction of the site created more than 600 jobs, 450 of which were from the surrounding communities. From design and logistical arrangements through to project management and maintenance, the main project contractors – Vestas for the turbines and their management and Consolidated Power Projects Pty Ltd (CONCO) – coordinated with local subcontractors and were able to hire from the local communities.

Bosser adds: “Expats like myself have been recruited to initiate skills transfer right down the value chain, given our experience working on wind farms in other countries. During the construction phase, both in terms of job creation and South African local content purchase, the project exceeded the objectives for local economic development agreed within the South African government’s economic development goals (EDGs).”

These economic development goals include an emphasis on corporate social responsibility projects, which Aurora Wind Power has taken very seriously in order to contribute to socio-economic development initiatives in the local area. So far, the Company, in partnership with a South African NGO, has initiated a five year upliftment programme in the 24 primary and high schools of Saldanha Bay Municipality, as well as bursary programmes for students from the local communities.

Another important Company topic is ensuring the safety of all staff, which sits at the centre of Aurora Wind Power’s company policies. “We place a very strong emphasis on this aspect of the business and this is part of the selection criteria during our recruitment process. We were able to achieve zero working accidents throughout the whole construction period, for both the grid connection and wind farm project. Construction of large infrastructures implies exposure to a high level of risks – such as earthworks, working at heights with large cranes and heavy loads, being in a high voltage environment and so on – therefore, the necessary risk assessment and corresponding preparation was organised to minimise exposure for everyone involved in the project,” he emphasises.

Aurora Wind Power will continue to maintain the West Coast 1 wind farm with help from Vestas, while looking to continuously improve electricity output where possible to get the most from each turbine.

Bosser concludes: “West Coast 1 has no doubt been a learning curve in terms of the challenges South Africa’s new IPP and new renewable landscapes can bring, but the project was delivered on time and met all expectations. Subsequently, we hope to apply all our learnings from this project to others in the future, setting our sights even higher to secure higher electricity production levels to really change South Africa’s renewable future.”