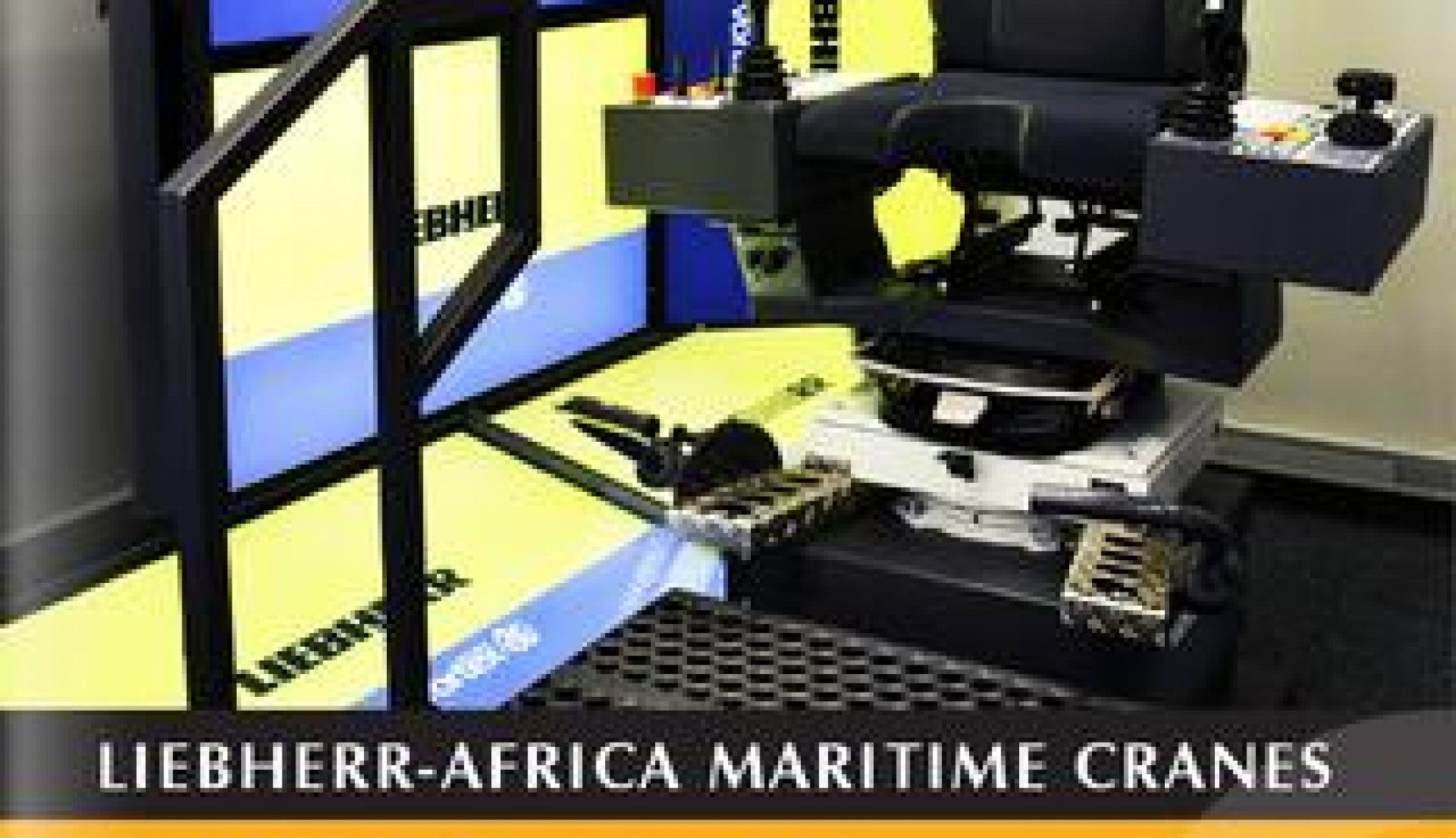 As part of the internationally-renowned €9 billion Liebherr Group of Companies, Liebherr-Africa (LAF) began life on the continent in 1958 with contracts spanning across mining, construction and civil engineering. Through fruitful, longstanding business relationships, the Company was able to make its mark in one of the world’s fastest developing regions, with 2014 marking its best year ever for sale of its mobile harbour cranes and a record year for offshore and container cranes.

The growing demand for cargo handling solutions in South Africa has allowed Liebherr-Africa’s Maritime Cranes division to prosper due to the rise of economies of scale, which is touted to continue throughout 2015 and has seen its staff compliment double in the past three years in line with this. “Africa is the rising star for us; it is the second biggest growth market behind Europe in terms of maritime cranes. We have witnessed significant growth on the continent as a whole which has led to increased activity at the ports,” says Henner Rodenwoldt, Liebherr-Africa Maritime Cranes Divisional Manager.

Out of its brand new maritime hub in one of the region’s major port cities, Liebherr-Africa operates from a central location that covers three main specialist divisions; port equipment, ship cranes and offshore cranes. “Our long-term collaboration with Transnet over the past few years has allowed us to build this hub and expand our capacities to support the rapid economic growth in Africa. Complete with a focus on training key personnel, this development will play an important role in Southern Africa’s maritime industry; ensuring fast and high quality customer service in terms of maintenance, the supply of spare parts and personnel training,” the Division Manager adds.

This new location, combined with the opening of the remanufacturing centre in Springs, Gauteng, will not only leave Liebherr-Africa strategically positioned to service the country’s key ports, but it serves to bring more of the Company’s manufacturing and value-add capabilities in-house.

In recent years, there has been a trend towards megaships that has caused a cascade effect, meaning that ports will have to adapt and invest in new infrastructure, including the manufacture of larger equipment to support these vessels. Given that 90 percent of Southern Africa’s import and export trade is made by sea, Durban Harbour and the Port of Richard’s Bay play vital roles in supporting the economy. Consequently, Liebherr has now delivered more than 250 maritime cranes into the African continent.

“We have an approximate 85 percent combined market share in terms of our quay side cranes in the Sub-Saharan countries of South Africa, Namibia and Angola which includes ship to shore cranes and mobile harbour cranes.

Outside of South Africa, Liebherr has traditionally seen strong business from the west coast, with the likes of Nigeria, Angola and Ghana in particular. This year however, the company made its first strong strides into the east coast with deliveries into Maputo, Mozambique, for two mobile harbour cranes, and further east into Kenya with an order of three ship-to-shore cranes.

Being part of the Liebherr Group of Companies brings its advantages when it comes to keeping up with the latest technological advancements. The Group reinvests 10 percent of its profits back into the company with a substantial portion of this going directly into research and development, and by working closely with customers around the world it is able to significantly contribute to the pace of maritime innovation.

In line with this, Liebherr Maritime Cranes launched a game-changing technology called SmartGrip for its mobile harbour crane product range, boasting higher performance and avoiding overloads among other valuable advantages. “SmartGrip has a self-learning algorithm for bulk handling that maximises grab capacity and can increase turnover by up to 30 percent,” the Division Manager comments.

Moreover, SmartGrip controls the filling of the grab so as to prevent overloading, which extends the lifetime of the crane, saving both fuel and time. This new innovation can easily be retrofitted to existing cranes.

“As a division, we will continue to invest in order to remain a market leader in technology and equipment designed to increase not only safety and productivity, but lower costs and emissions as well,” he further adds.

The Company remains at the height of innovation with the launch of its latest crane, the LHM 800, which outperforms the existing maximum lifting capacity by nearly 50 percent. “This breakthrough giant mobile harbour crane is capable of servicing 22 rows-wide container vessels. Configured for heavy lifts, the LHM 800 is capable of lifting 308 tonnes and is gaining traction as an attractive piece of equipment for handling project cargo for the oil & gas market. It represents a forward-looking extension at the head of Liebherr’s mobile harbour crane range that we hope to bring to the African market as well,” highlights Rodenwoldt.

In order to provide the best training possible for its staff, Liebherr has made significant investments into a state-of-the-art training centre at its hub in Durban. Taking centre stage are the Liebherr Simulators (LiSIM) for all maritime applications as Rodenwoldt details: “We believe that it is not just the aerospace industry that can benefit from simulator training. Subsequently, Liebherr-Africa has the biggest presence of simulators in the world in order to fulfil our goal to eliminate human risk in the workplace while increasing employee performance, reliability and safety.

“The course  is nearly fully booked for the next two years and we are proud of this achievement; it shows the industry really appreciates this way of learning.”

The company provides simulator training for mobile harbour cranes, ship to shore cranes, rubber-tyred gantries and offshore cranes, in addition to setting the standards high in all other areas of its work. “Our hub in Durban not only holds a considerable stock of spare parts, but features the training of operators, technicians and service staff via its classrooms.

“More than 90 percent of our staff are locally sourced and our key personnel from head office have been part of a knowledge transfer process that will enable us to be 100 percent local in our areas of operation in the coming years,” emphasises Rodenwoldt.

Through its strategically positioned subsidiaries staffed with the right facilities and stock levels, Liebherr-Africa’s maritime crane division has the solid foundations in place to continue to expand geographically. The Division Manager concludes: “After a strong year in 2014, we will continue to reach new heights in our growth phase, building on the well-structured network we have at the moment.

“With our African maritime hub now fully operational in South Africa we look forward to facing the future together with our key partners and suppliers; where our industry know-how and innovations only promise to get even better. The maritime crane division of Liebherr-Africa is able to offer the complete package to customers and we are sure to make a continued positive impact to general growth on the continent.”