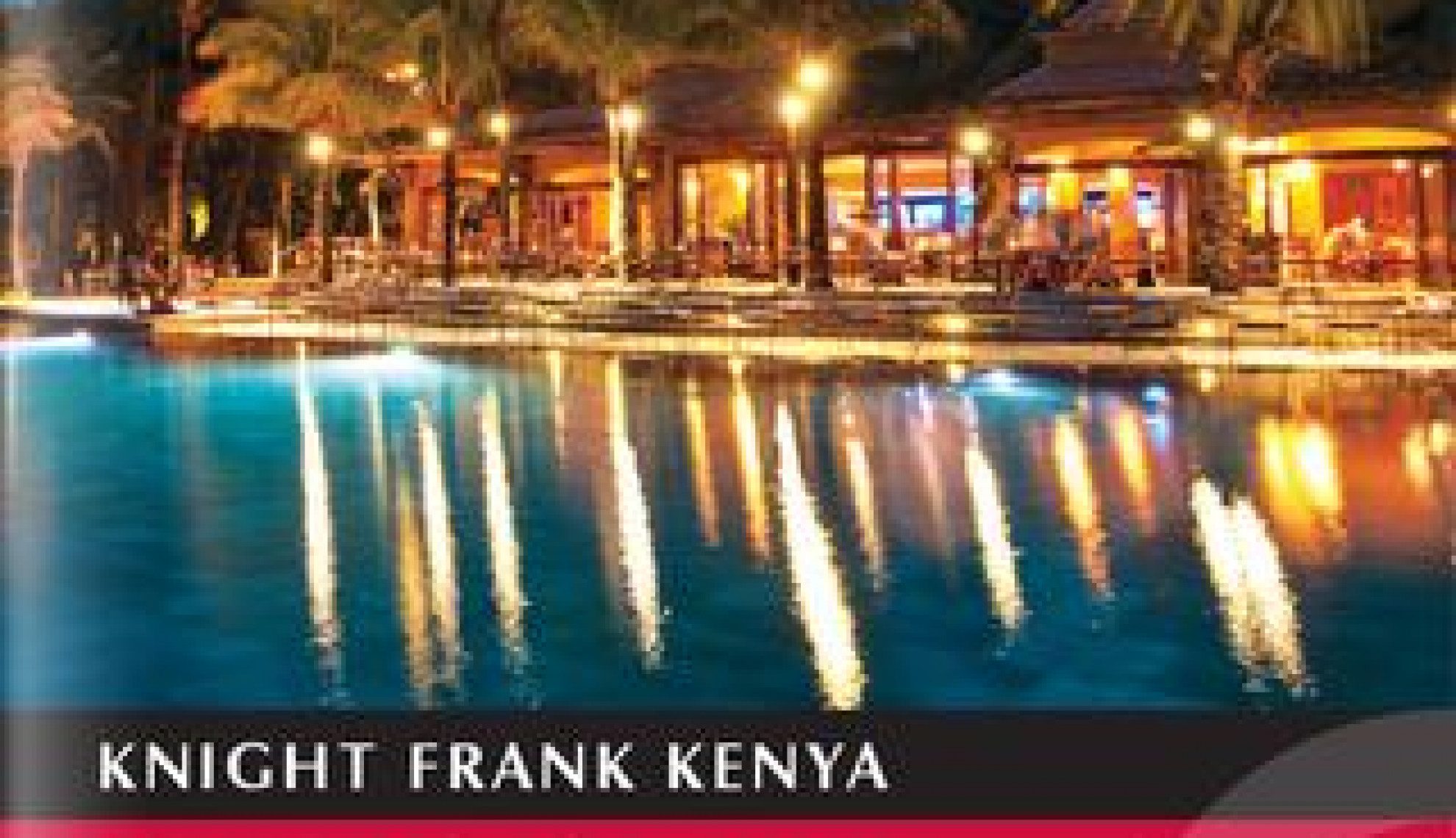 The Best Buildings in Town

Knight Frank’s 50-year tenure in Africa has seen the region become one of the linchpins in the global property consultancy’s international progression, with the east of the continent leading the way from its Kenyan hub.

Nairobi is recognised not only as the country’s capital, but the capital of East Africa as a whole, forming an axis across the continent alongside Johannesburg in the south, Lagos in the west, and formerly Cairo in the north.

With a presence in the region now spanning two decades, Knight Frank’s influence in this prosperous East African nation – offering the letting, sale, management and valuation of commercial and residential property – has reached new highs in recent years, with a sustainable long-term plan in place to cement its strong market position in the future.

“As the lead letting agent for numerous 50,000 square metre-plus malls in the region, we have around four million square feet of retail space either in the market now or about to come on to the market, with the company replicating its global business model as a multi-practice real estate consultancy, including carrying out market and feasibility studies across both residential and commercial development.”

Being the largest property manager in the region with more than five million square feet of commercial space under management, Knight Frank Kenya has recently safeguarded its extensive portfolio through a significant capital investment in an in-house property management and accounting system.

Woodhams says: “What this allows us to do is manage everything more efficiently. We’ve been able to bolt on more and more properties to our system because we have a package which is not only bespoke, but we can also change it where we see fit, and expand it almost limitlessly.”

Internal differentiators such as this new in-house system are pivotal in what is becoming an increasingly competitive market.

Previously acknowledged as a partner of choice in East Africa, new entrants into the market from South Africa are putting pressure on Knight Frank to sharpen its pencils and re-enter the pitching domain to attain new business; a challenge which the business is more than willing to take on and capable of overcoming.

“It’s not an easy market to operate in with multiple currencies and the challenge of delivering the level of services that a multinational company would expect in the west but in a third world environment. However, the Knight Frank brand and our integrity set us apart,” Woodhams notes.

“Despite the new competition, in the past 12 months we have had two people who had left return to us, which proves that the grass is not necessarily greener on the other side.”

Arguably the most valuable asset engrained into the Knight Frank philosophy stems from its reputation, having proven its reliability and consistency over the years to achieve methodical and steady growth.

Woodhams adds: “We have built the business up through relationships with architects and developers, introducing blue-chip tenants to brand new buildings in our portfolio, and not involving ourselves in any project to make a quick buck that might come at the expense of our reputation or brand name.

“These Fortune 500, blue-chip tenants have helped build our business because they are easier to manage, are capable of paying more rent, and are, more importantly, willing to do so as they understand the value of being in the best buildings in town.”

With such an extensive global cachet to leverage, Knight Frank Kenya understandably looks to maintain as consistent a service across all of its operating regions as possible, and – despite certain region-specific challenges – the same very much applies across East Africa.

Woodhams states: “Everything is done under the global model and we lean heavily on the fact we are members of the RICS, with all valuations done according to the red book.

“There is a high level of consistency across all of our offices, with each adopting all the same principles in the valuation process.”

This isn’t to say that more localised considerations aren’t addressed however, with the ability to be a global company acting locally certainly a critical element when it comes to addressing infrastructural and personnel challenges.

“The biggest difference on the continent is firstly the type of properties, with Africa being more about the management of shopping centres and office buildings for large corporates, rather than country homes or estates which people often associate with Knight Frank.

“Also, because Kenya is a developing country, we have massive infrastructure challenges, with the country simply unable to keep up with the rate of development.”

Regardless, the company endeavours to ensure that its residential and commercial occupiers get as consistent a level of service as possible under the conditions, bolstered by a core of indigenous staff who know the local market better than anyone.

While Kenya is the hub of the region, its complementary operations in the vicinity, including Tanzania and Uganda, are on the verge of being joined by Rwanda, a joint investor having been established and local shareholdings in the process of being finalised.

“When Knight Frank says we’re in a country, we really are in it. We take expansion seriously, so when we consider moving into a new country, we’ll either do it properly or wait until the timing is right,” the MD says. “What we tend to do is team up with a local partner who typically owns or has access to a ready supply of fee-earning property; therefore taking some of the issues away from us that one would otherwise face in a new, challenging environment.”

Meticulous expansion and alignment of growth will remain the crux of the company’s continuous improvement plans over the years to come, as Nairobi becomes even more of a pivotal hub and gateway to the continent; especially for foreign direct investment coming in from the Middle East and Asia.

This all means that the market is likely to accelerate ahead of the growing levels of competition, leading to an exciting period of growth for an already prosperous business.

“In three to five years, I would expect Knight Frank to be doing more of the same, with much more competition but much more business as the market expands, and we see phenomenal levels of investment coming into the country,” Woodhams concludes. “Over this time, I expect our management portfolio to expand dramatically as more and more global corporates set up regional offices in Nairobi, meaning that we get stronger and stronger as a result.

“Having grown up in Kenya and having a bit of a homecoming in 2003 when I returned, I am happy to say that Knight Frank is here to stay and that everything we do is geared towards long-term growth, looking after our clients and the people we have in the company. After all, they are our biggest asset.”