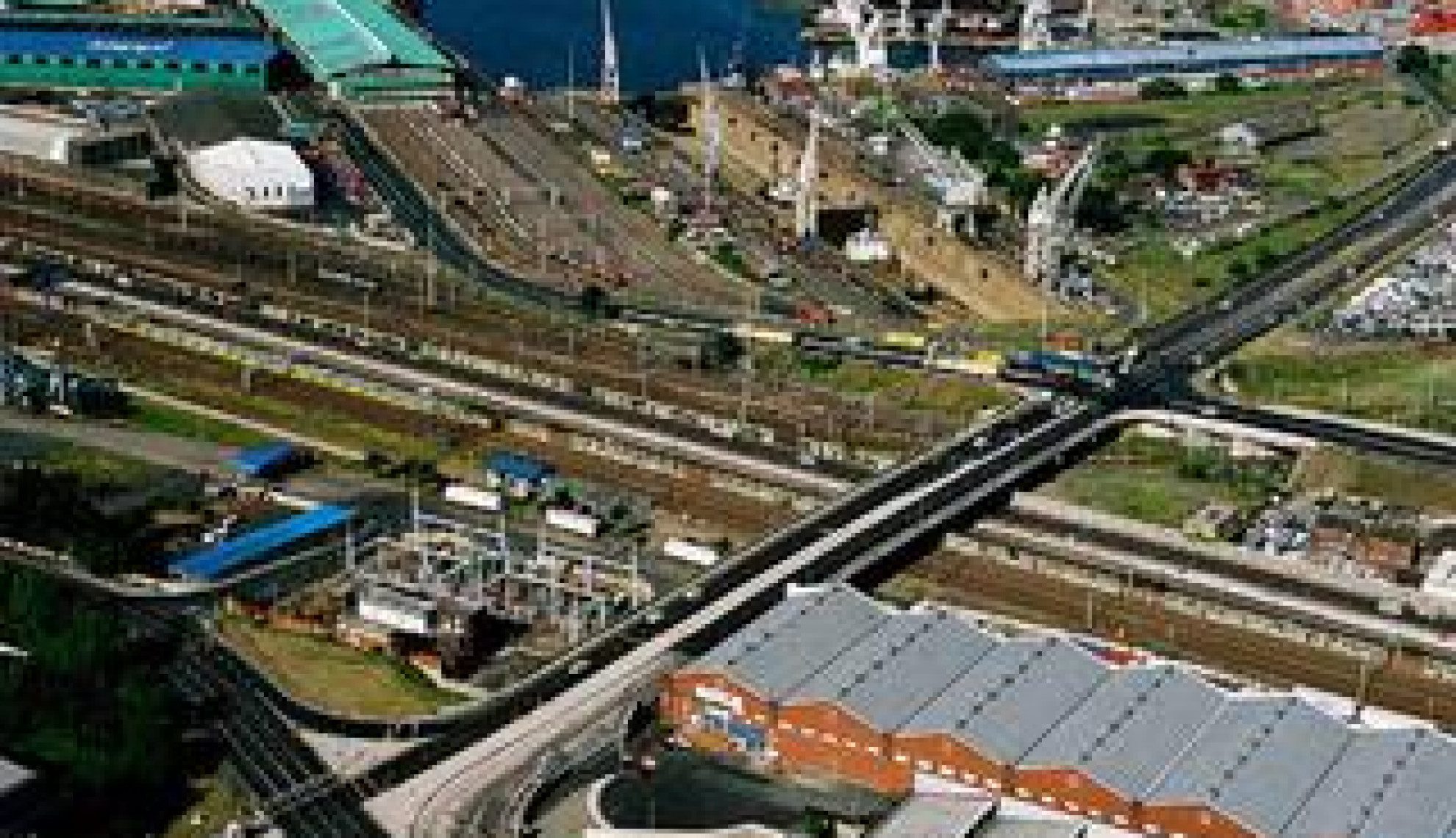 eThekwini is the largest City in the KwaZulu-Natal and the third largest city in the country. Municipal spokesperson Thabo Mofokeng answers our questions in this exclusive Q&A.

We’ve featured eThekwini Municipality several times in recent years under our previous incarnation, South Africa Magazine. We’ve interviewed majors, we’ve talked to supply chain and service specialists, and we’ve talked to countless spokespeople and officials. Their goals were all the same – speed up service delivery, root out corruption and make Durban Africa’s most caring and liveable city by 2030. The eThekwini Metropolitan Municipality was created in 2000 and is often described by peers as Africa’s best run and financially strongest local government. As it continues to make strides forward, we talk to Municipal spokesperson Thabo Mofokeng in this exclusive Q&A.

Thabo, congratulations to you on the progress the municipality is making. What are your goals now?
A lot of progress has been made towards improving the living conditions of the people of eThekwini. The vast majority of our people already enjoy basic services like piped water, electricity, sanitation and access roads as well as public amenities like libraries and clinics. As you are aware these were only enjoyed by a few during the past establishment. The City has a capital budget of over R5 billion and the majority of this goes towards basic services. While doing all this we recognise that there’s still a lot of work that needs to be done, especially due to rapid urbanisation and migration patterns, we are a cosmopolitan city that attracts people from rural areas, other provinces like the Eastern Cape and even people from other neighbouring African countries; who come to our City to look for better opportunities.

By 2030 eThekwini will be Africa’s most caring and liveable city?
A caring City indicates a fundamental departure from the way people were treated in the past. People are now part of their development. They are encouraged to participate in determining their needs and articulate their views. We do this through processes like the Budget Hearings, the Integrated Development Plan and the Izimbizo (public participation programme) driven from the Office of the Mayor.

What are eThekwini Municipality’s aims, targets and projections for 2012-13 to 2014-15?
The coming years should be an exciting period for our City, given the number of developments that are either at a planning stage or those already being implemented. National government and Transnet will be making a huge investment in the further development of the port, including the Back-of- Port development. Linked to that is the development of the transport infrastructure, including the logistics route linking the Port of Durban to Johannesburg via the Free State. We are also looking at the inner City renewal and the development of secondary nodes like Pinetown, as well as a clear focus on township and rural development. To ensure that there is an integrated approach, we want to implement the Area Based Management System (ABMs) so that there could be focused development. The Cornubia Human Settlement project, which will yield about 25,000 housing units, is one of the priority projects which will see a mixed development with commercial and industrial space in close proximity. We are also focusing on industrialisation, with the automotive, maritime and tourism sectors being some of the key focus areas. For an example, in the tourism sector we will see more investments in the cultural nodes like Inanda heritage route, Phoenix and Umlazi. The Municipality will be investing about R500 million to build a central library as part of the learning city programme too. This is to highlight the importance of education in the development of the City going into the future.

What about local transport?
A lot of work has already been done to improve the public transport system, including the introduction of Public Transport Lanes on major public roads and cycle lanes to encourage the use of non-motorised transportation. The City is presently fast tracking the implementation of the Integrated Rapid Public Transport Network (IRPTN) which will change the face of Durban once it is fully implemented. The IRPTN aims to provide an integrated, fast and reliable public transport system for the majority of its citizens and the first phase is due for completion in 2016. This will see an investment of about R5 billion and funding for this is provided by National Government. Why is it important? Well, a reliable, efficient and safe public transport system is main characteristic of any developed city around the world. The IRPTN will also seek to address the spatial inequalities of the past. People will have access to government services, linked to schools, work places as well as recreational and leisure facilities.

Are citizens already seeing the benefits?
Yes they’ve already started to see the benefits of a well planned transportation system through things like cycle lanes and public transport lanes. However we believe the implementation of the IRPTN will revolutionise the transport system as we want to see an integration of all modes of transport – trains, buses and minibus taxis.

Informal settlements and a lack of affordable housing are big problems in South Africa. What are you doing in response?
Housing remains one of the top priorities for the Municipality. One of the primary challenges that we are dealing with is the scarcity of land in the City and we are looking at densification as a way of dealing with this. We are also dealing decisively with land invasion because if we were to allow uncontrolled land occupation we would be perpetuating the mushrooming of more slums. Council has recently taken a decision to eliminate the transit camps where about 11,000 families live. These were created as temporary accommodation for people living in dangerous conditions and those who were left out of housing developments. We will be providing social housing even within the inner city. We are also looking at gap housing, whereby are providing serviced sites to allow people to build on their own. We are converting hostels, which used to be reserves for labour, into family units too.

What’s the current backlog?
The Municipality has a backlog of over 400,000 housing units. In order to fast track housing delivery we are seriously looking into ways of shortening planning process and to address the issue of skills shortage.

With the recent headlines regarding Eskom and a possible power shortage, I wanted to talk about energy. What is eThekwini doing to reduce electricity consumption and ease the pressure on the country’s grid?
The City has an established Energy Office that deals with issues of energy efficiency. Part of our interventions include the retrofitting of energy efficient lights in our buildings and on street lights, installation of solar geysers in low cost houses and we have the alternative energy park that has been established at the Dube Trade Port.

Why is it important to introduce renewable energy?
Energy efficiency is the future. It is important that we do everything in our power to reduce the carbon footprint and to adopt the mitigation and adaptation strategies to deal with climate change.

Are you happy with what you’re doing/have achieved?
Generally we are happy with what we have achieved. We continue to attract events into our City which help to boost our tourism industry. We are happy with the level of communication between us and citizens through Mayoral izimbizo and other avenues. We also have a crack team that engages communities on the ground to deal with whatever issues that may arise. However, like any other City, we believe that resources are a constraint and not enough to deal with challenges we have. We see skills development as critical to ensure success of our infrastructure development. We also want to do more to capacitate our communities, especially the youth, women and people with disabilities.

Durban recently played host to matches for AFCON 2013. Was that successful?
It was. The tournament helped to cement our position as Africa’s events capital. We also received international exposure and had a good tourism spend. The tournament contributed towards social cohesion as the games were patronised by all racial groups.

Thabo, if the municipality met a Genie who offered to have all of its dreams come true, in order of priority, what would they be?
Our priority is infrastructure development. We want to ensure that we have 100 percent coverage of basic services like water, electricity, refuse removal and sanitation. We also want to see investment in the economic levers of the city so that jobs could be created. Issues of skills development, education, health and fighting crime are also on top of the list of priorities. The City is also grappling with issues of social pollution like the abuse of drugs like whoonga, abuse of girls, women and children. We have to focus on these if we have to turn moral consciousness in a positive direction.

To learn more about the Municipality visit www.durban.gov.za.