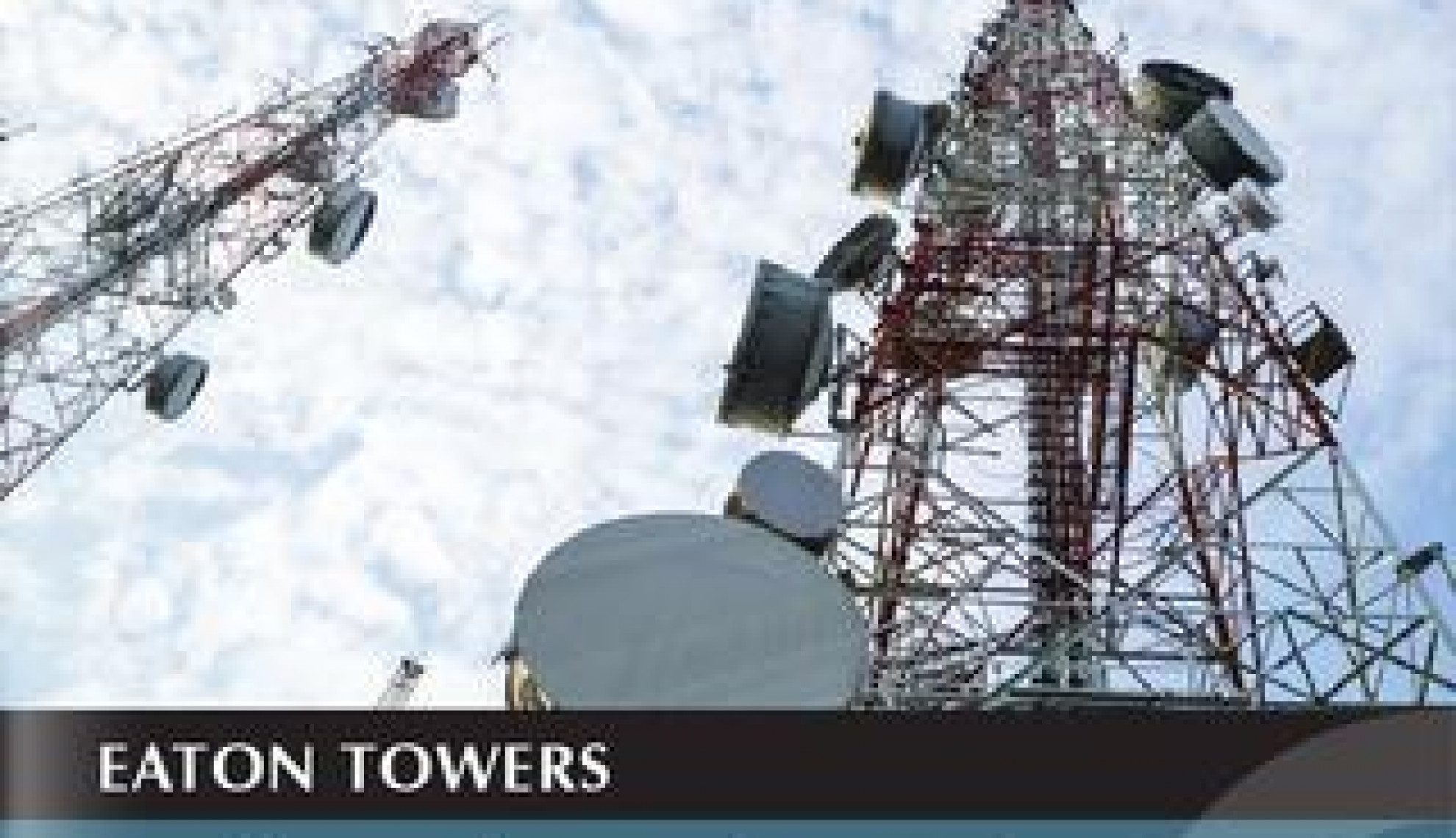 Towering Above the Competition

Eaton Towers is a leading, independent, telecom tower company in Africa with one of the most diversified geographical tower portfolios in Africa

African telecoms infrastructure firm, Eaton Towers is continuing to expand its mobile operations and is one of a number of specialist players to launch services in Africa in recent years.

Since 2010 the company has gone from strength to strength, signing tower management contracts with the likes of Airtel, Vodafone, Telkom, MTN and Orange to name a few. When we last spoke to Eaton Towers, they had plans to build 250 transmitter towers in 2013, increasing their African portfolio by a sixth. They put this growth down to the rapid increase in users of the internet.

“The internet boom is one of the key drivers – more people are getting online as smartphone prices fall and telecom operators improve their networks. Mobile operators are building new base stations for two reasons; one is obviously coverage, and there is still some coverage expansion going on, but increasingly it is for adding capacity to the networks,” said Alan Harper, Eaton Towers’ Co-founder and CEO.

In November 2014, Mr Ahuja stepped down as Chairman and was succeeded by Jimmy Eisenstein, the Co-Founder of American Tower Corporation, the world’s most valuable listed tower company today.

It is a known fact that Africa is the world’s fastest growing telecoms market and has been for at least the past decade. Mobile phone usage amongst the growing middle class is on the rise and the African market is increasingly attracting attention as a profitable business environment in a country where the GDP per capita is due to grow at a rate of more than 4.6 percent a year over the next five years.

Consequently, tower sharing in Africa is rapidly increasing, with the proportion of towers in independent companies increasing from 10 percent to more than 30 percent in the past two years. Yet Africa still requires at least 50,000 additional towers in the next five years, equating to some $7.5 billion of capex spending.

The importance of a mobile data service

“A lack of extensive fixed-line infrastructure in most African countries means mobile networks provide the main means for people to access the internet,” Harper added. “With fixed-line penetration being so low in so many countries most of the data usage is on the mobile networks and therefore whether it is 3G, 4G or other LTE developments in some markets, new base stations are needed to meet that capacity growth. That is benefiting Eaton because that is adding to new base station installations on both our existing towers and it is one of the driving forces for the new tower construction as well.”

Internet use in Sub-Saharan Africa will rise to 24.7 percent of the population by 2020 from 10.5 percent in 2010, according to Euromonitor International, which Eaton Towers aims to capitalise on.

“Firstly, building and maintaining mobile towers in Africa is typically more expensive than in other regions because of high security costs and a shortage of electricity and infrastructure, which are known to be Africa’s main challenges. It adds to the complexity and expense,” said Harper. “Secondly, many operators are increasingly looking at splitting costs, which they can do via tower-sharing deals. We offer that and so it is increasingly popular to have specialist firms such as Eaton build the towers, which can then host multiple operators at the same site. We’re certainly looking to expand our tower-sharing business.”

Eaton Towers is benefiting from operator plans to roll out LTE and Harper says further expansion is on the cards: “Historically we operate in those countries so we have towers already. So, we are working with existing customers in existing markets. We are building towers and selling space on those towers in countries like Ghana, Uganda and South Africa where we’ll be putting in the new towers as an expansion to our established business in those markets. And it’ll be with existing customers, those we already have signed up on other towers. It is really a growth and consolidation in the markets we are already focused in.

“That’s not to say we don’t eye new territory and as we expand into other markets over time we will be building in new countries as well, obviously. But it doesn’t really make sense to build just a handful of towers in new countries. You really look to try to build on top of a portfolio of existing towers in an established market.”

In line with this, Eaton Towers is looking to expand into new African nations as Harper explained: “We are always looking at opportunities in East and West Africa – in the West there are three or four countries that we are working on.

“There are opportunities too in North Africa. Up until now, most of the tower activity has been Sub-Saharan Africa but there are new opportunities emerging all over. We have a pipeline we are working on that is pan-Africa.”

A company with no distractions

Eaton Towers has built up an organisation with a very experienced group of people that have been in the mobile business industry in Africa for many years.

“We know the countries, the people, the organisations and we know how business gets done in those markets,” Harper concluded. “Importantly, we are well funded and that is significant because this is a very capital intensive game, there is a lot of money that needs to go into it.

“We have the required equity and debt funding already in place so that when we see opportunities for expansion either in existing or new markets we are able to go into those new opportunities. We don’t have to go out and raise funds for a new idea or opportunity.”

To learn more about Eaton Towers and its expansion visit: www.eatontowers.com