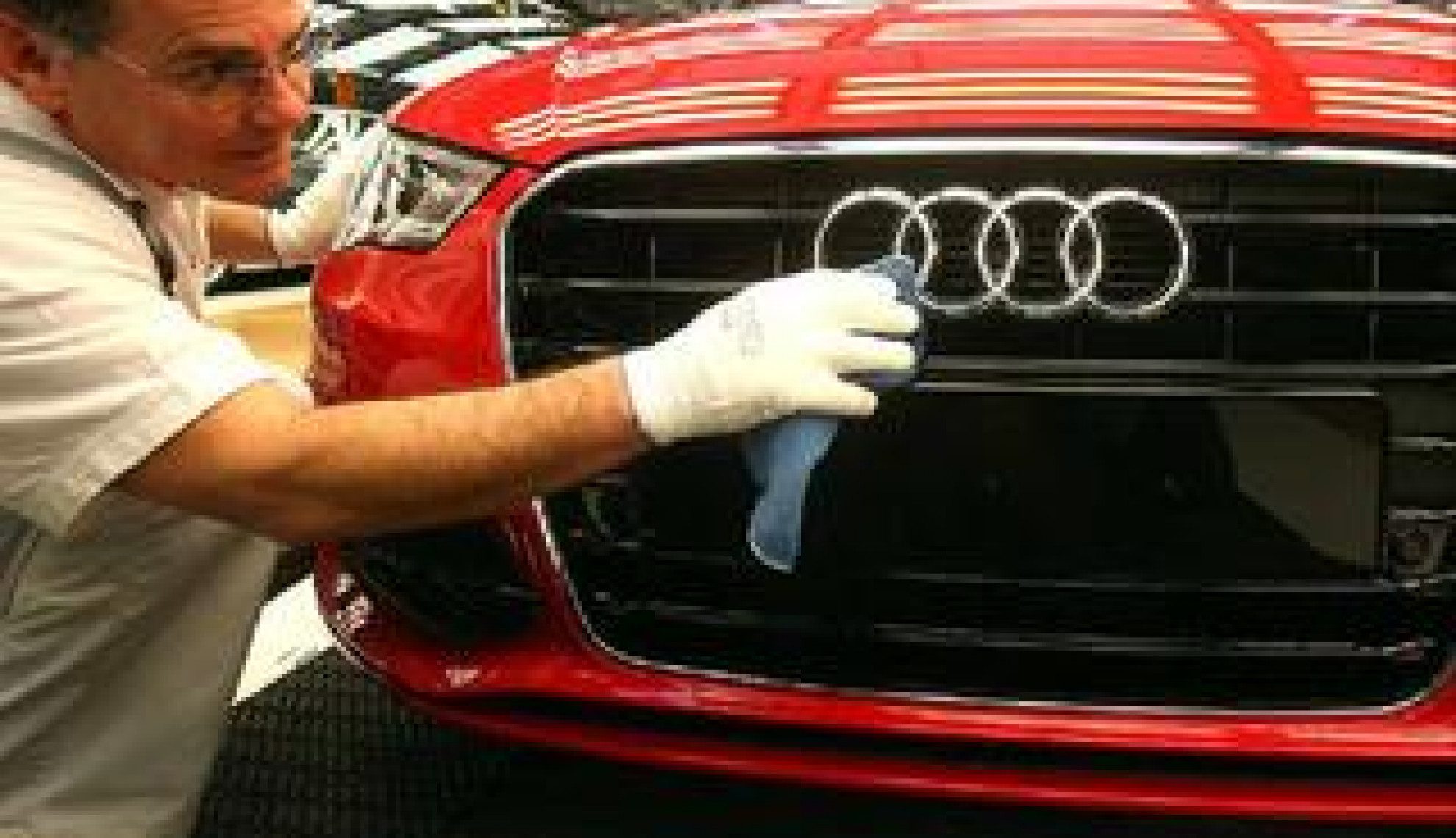 Volkswagen, Germany’s biggest carmaker, has been leaving rivals in the dust. Africa Outlook talks to JP Pretorius, Dealer Principal and Director of Autohaus Windhoek, the only distributor of the whole Volkswagen range in Namibia.

When Ferdinand Piëch (who is now Chairman) arrived as Volkswagen’s CEO in 1993, things looked dire. The company was overspending. Inefficient and overstaffed, it had lost its reputation for quality. How things have changed: in the first quarter of 2013, VW Group deliveries increased by 4.8 percent to 2.3 million vehicles worldwide, while the company’s share of the global passenger car market rose year-on-year, and Group sales rose to 2.4 million vehicles.

“We are the sole distributor of Audi in Namibia as well as the country’s biggest VW dealership with branches in Windhoek and Swakopmund. We specialise in passenger and light commercial vehicles.”

Autohaus is part of Metje+Ziegler Ltd, an automotive specialist that has been around for 106 years.

“We have a fantastic heritage,” Pretorius explains.

Namibia is a marginal market compared to its South African neighbour but the industry’s growth prospects are helped by the fact the country is one of the wealthiest in sub-Saharan Africa on a per capita income basis.

While it might not be huge in African terms, compared to Europe it could be a lot worse.

“Namibian consumers will continue to play an important role in the country’s growth and we are hoping to tap into it,” says Pretorius. “That said the industry is relatively small; the new car market in total on the passenger side is about 400 to 450 sales per month in Namibia, so it is marginal. Commercial sales are pretty much the same.

“In terms of passenger cars we have a significant market share of some 24-28 percent market share on the VW side, which is quite strong. The market has not been as buoyant in the first quarter this year as we would have liked and I think there is some liquidity within the market fuelling that.”

But things have been better when it comes to pre-owned vehicles.

“On the pre-owned side it is picking up nicely,” he explains. “With new cars, because of the exchange rate, and prices going up, that has a positive effect on used cars. There is a big difference between the price of a pre-owned vehicle and a new one after all.”

Several new product launches have helped when it comes to all facets of Autohaus’s business, particularly where commercial trucks are concerned.

“We’ve seen the launch of the Amarok,” says Pretorius. “That is something new to us but as a pick-up it is more than good enough to worry Toyota, Nissan and Mitsubishi – in fact it is taking market share from them. Initially there were supply issues regarding that vehicle from the manufacturer – we had a change in factories, moving from Argentina to Germany and then back to Argentina, and that obviously affected our supply. We only get one boat per month now. But we have launched the Amarok and that is good for volume and we look forward to a great second half of the year with that vehicle. We are happy.”

With there being more retail days in the second half of the year, Pretorius is excited by what the next six months will bring. “April and May are never great because there are a lot of public holidays and you have school holidays in Namibia,” he says. “It affects the retail days. The second half is normally better and obviously as people get towards the end of December they want to purchase new year registration product so that has a good effect.

“I think we are looking at a nice second half. We have had some good product launches in the first half which compliment the model ranges. We hope that will have a positive impact in the second half in terms of vehicle sales.”

He is optimistic about longer term success too.

“We have things like the new mines that will be coming on board and it will have a big impact on GDP. As that increases and more people get employment it will have a positive effect.

“The consumer price index in Namibia is definitely up at the beginning of the year. So we are quite happy.”

Namibia has a stable economy and its growth prospects for the medium-term remain favourable. “It is a stable environment,” says Pretorius. “I think the government has a fantastic monetary policy. They are managing things well and they are quite conservative. Infrastructure expansion is lined up and coming through so it’ll be good for the economy.

“I think we are quite blessed by how well Namibia has survived the global financial storm and growth as a whole has remained reasonably good.”

Of course much of Autohaus’s success is down to its product. It is also down to customer focus.

“Customer service is absolutely essential and a quality product portfolio like Audi or VW gives the company a unique and strong selling point,” says Pretorius. “We put our customers first and we also have some fantastic products to back-up our service.

“Of course customer satisfaction is vital in this industry and VW and Audi rank amongst the very best in the world on that.”

Choosing the right staff is vital too.

“There is huge focus on customer satisfaction and we are baring the fruit of that. We employ our staff with those drivers in mind and every staff member gets fully scrutinised before we employ them – psychometric training and all of that. They need to be approved by ourselves, VW and Audi. So it is robust, making sure we employ the right people able to deliver the right levels of customer service.”

But finding the right people and retaining them can be a challenge. “We definitely have a skills deficit here in Namibia but we represent attractive brands which people want to work for,” says Pretorius.

It also has a great used car range.