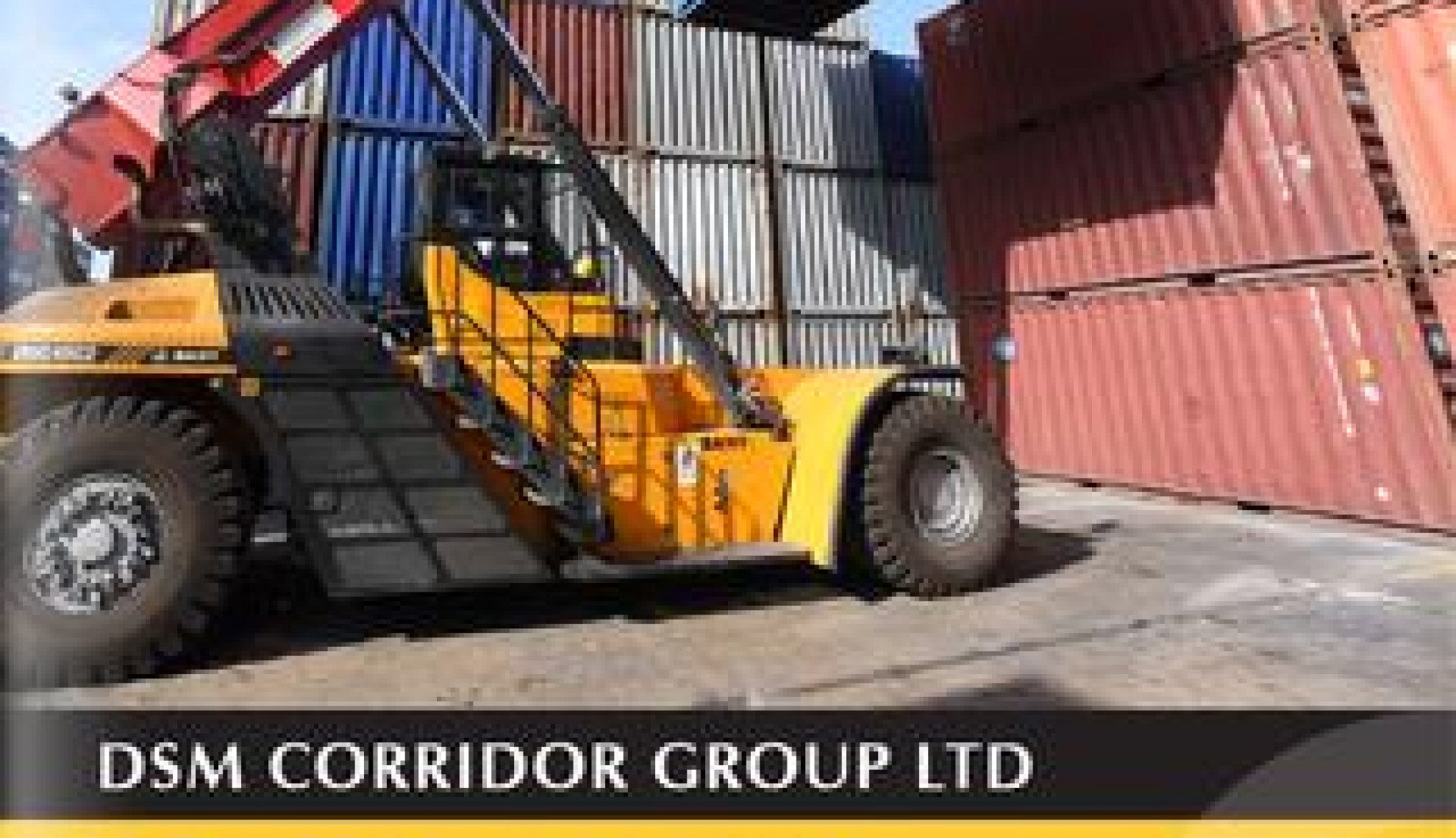 Committed to Efficiency in Cargo Handling

As a favourable name in Tanzania known for reliability and quality, DCG has extensive experience to streamline the movement of bulk and break-bulk cargo with efficiency in mind

In 2004, DCG (DSM Corridor Group) discharged its first vessel from the port of Dar es Salaam, a port known as the most economical corridor for Zambia, Northern Malawi and DRC.

After a decade of building the capital needed, DCG has invested in its own new port handling equipment supplied by Verstegen Grabs, bulk terminals, clearing department and warehousing. “Our view was that Africa had enough second hand equipment and as a result, we wanted to stand out from any competition by offering the highest quality tech with zero downtime,” says Erik Kok, CEO of DCG.

Backed by this belief, DCG introduced Tanzania to the use of small skid steers to significantly minimise trimming and therefore reduce the discharge time.

“More than anything, we wanted reliability for efficient vessel discharges – this is the core of our existence,” highlights the CEO.

Typically, cargo holds can be as large as a football field, and removing the last 1,000 metric tonne proved time consuming prior to the introduction of the skid steers, taking up to two days of extra time to remove that last cargo. A vessels ‘lay time’ can easily cost a business US$20,000 a day, so any time shaved off this stationary period provides huge savings for the client.

“I am particularly proud of the long term relationships we have made over the years, many of our partners have been with us since day one. The longer the relationship, the more tailored discharge services we are able to develop together,” says Kok.

A cargo handler you can trust

Initially, with just a basic set of industry equipment, DCG was able to double the discharge speed of vessels leaving Tanzania’s ports. “The news that we were able to speed up discharges spread fast in the early years of our operation. The reliable quality of our trustworthy service outweighed the additional cost attached for clients and we were initially unrivalled in the industry. We grew our capacity quickly, handling 800,000 metric tonnes of cargo by 2008,” says Kok.

In order for the business to sustain this level of growth, DCG had to look beyond the port and examine corridor efficiency. Consequently, the company started operating and building its own terminals, and is now able to handle approximately 1.6 million metric tonnes per annum.

“From day one, we knew that the port was only the beginning for DCG. In order to reach efficiency, we needed to improve corridor efficiency as much as possible to provide the speedy delivery of cargo from A to B,” adds Kok.

Subsequently, DCG offers the complete range of services required for imports and exports from vessel to destination or vice-versa, depending on customer requirement.

Accompanying this growth is the company motto ‘leave it in our capable hands’, which is supported by a team of well-trained staff and enforces that DCG is a company you can trust. “Ultimately, this ethos has taken DCG to the next level,” says Kok.

It’s all about capacity

DCG has been a part of substantial growth at the port of Dar es Salaam and related industries including mining and growth in the agriculture sector, namely due to the increased demand for fertiliser.

“Our aim is to assist the ports in Sub-Saharan Africa in terms of creating the physical infrastructural handing capacity to be able to handle the growth levels required in the present day,” says Kok.

In line with this, DCG continue to expand its equipment repertoire and constantly retrain staff in order to make them as dependable as possible. “Training is vital in our industry and something we take very seriously. Last year, we trained more than 300 people in ISO 9001 quality management,” he adds.

In 2014, the company purchased land in Kisarawe with the hopes to build an in-land terminal for the handling of bulk and break-bulk commodities. This project will help lighten the load at the port and create further capacity as Kok explains: “Whoever creates capacity will have cargo. Consequently, all ports need to focus on facilitating this need at all times. As long as we continue to grow our footprint in Tanzania, then DCG will continue offering its services here.”

With customers spread all over the world including regional and local trading houses, commodity producers, commodity receivers and more, Kok is proud of DCG’s progress and says Dar es Salaam’s port would not be the same without them.

“We see ourselves as a key component in the logistical clockwork at Tanzania’s busiest port. Our ability to reduce dwell time of cargo coming into the port in turn reduces the delay time of those waiting outside to enter. Put simply, I believe the port would not be efficient enough to manage the current capacities without the presence of DCG.”

As a favourable name in Tanzania known for reliability, DCG has extensive experience to evaluate the possibilities for the optimum movement of cargo from A to B, making them an excellent partner for cargo importers and exporters who are looking for a company that goes the extra mile.