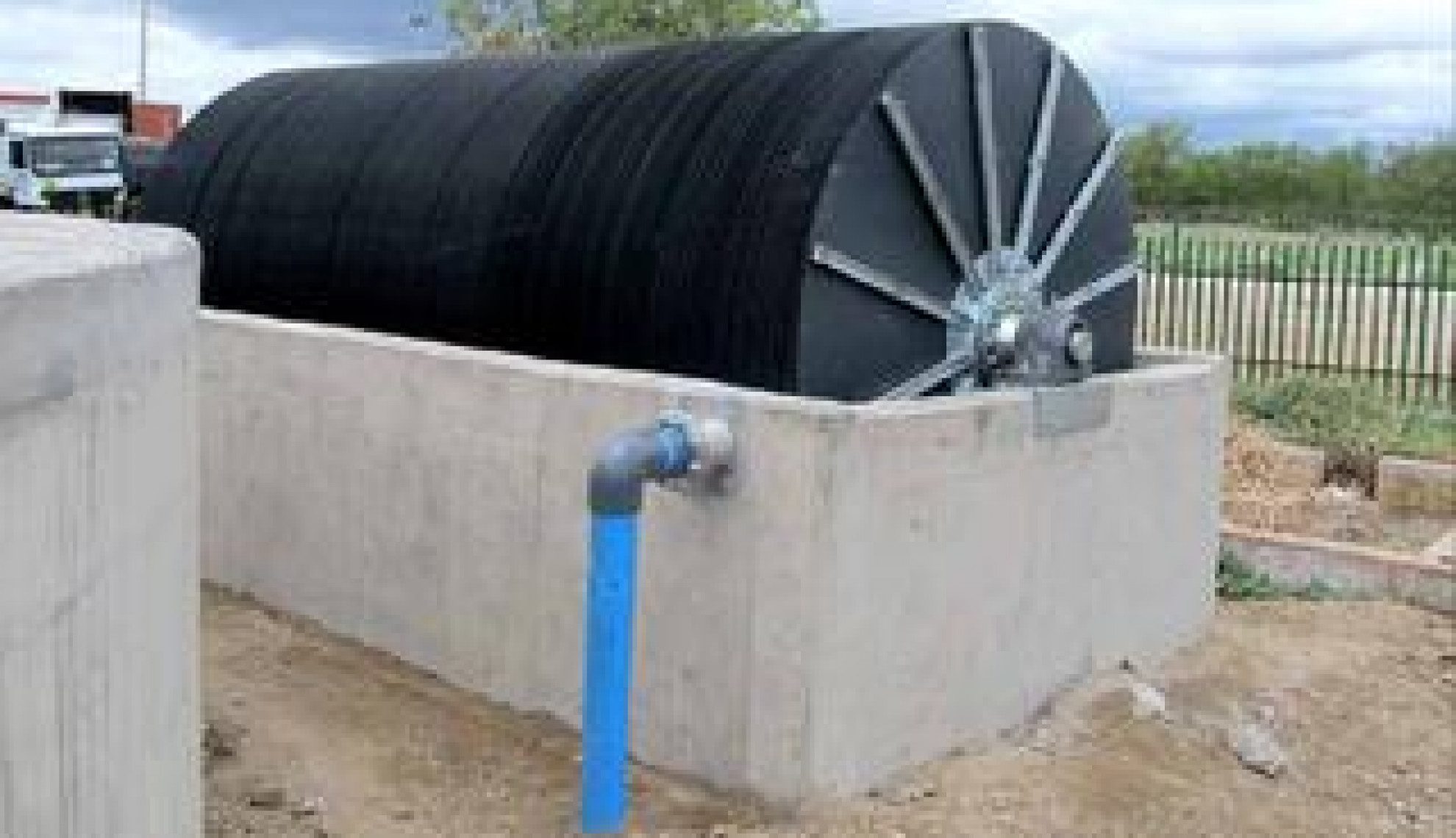 Founded by Eddie Ross in 1981, civil engineering contractor Eigenbau is now almost unrecognisable from the firm that initially focused on concrete construction. In the years since it has diversified and now has many more strings to its bow.

“We’ve evolved,” says Eigenbau General Manager Derek Weston. “Our business now encompasses almost every aspect of civil engineering and building and we have our own Mechanical Engineering Division, which specialises in equipment for water and sewage treatment plants and pumping stations.”

That division was formed in 1997, he says, born out of the acquisition of Sewapurco.

“It saw us broaden our activities and means that we’ve had a reasonably good last few years, despite the downturn. We were fortunate that we had some long term projects/contracts that took two or three years to complete during that period. Obviously there was a height of activity in getting everything ready for the 2010 FIFA Soccer World Cup and there was a lot of work building highways, stadiums and things like that. When that came to an end it left a tremendous vacuum. The government keeps reminding us that they have plans for infrastructure development but we are not seeing a lot of tenders coming out at this point.”

Several water projects across South Africa have contributed to Eigenbau’s recent success. “Our Mechanical Engineering Division has been quite active on the water side. Certainly over the life of the company it has been the growth area. It was opened around about 1997 so we were doing a lot of work that we were calling in subcontractors to handle and we realised we could be doing that work ourselves. That has been active during the downturn. Those jobs are smaller price-wise but it has certainly been a meaningful contributor for these last couple of years.”

“We’re optimistic for the year ahead and future,” adds Weston. “A lot has to be done in South Africa for water. Several water resources are polluted and they need to be cleaned up. The government and the local governments have been spending on that. It’ll be an advantage to us.”

Unsurprisingly most of Eigenbau’s current projects are water related.

“It’s mostly wastewater,” says Weston. “That’s on both the mechanical and civil side. Our Mechanical Division is almost exclusively in water and wastewater but our civil division does do other work.

“Current civil contracts we are carrying out are an extension to the wastewater treatment works for Johannesburg Water at their Bushkoppies Waste Water Treatment Works. We are finishing off a pipeline which is a joint venture in the Limpopo Province that is taking water to the villages in that remote area. Those are our two big civil contracts. We are currently busy with a number of mechanical contracts: We are working for Rand Water at the moment on a new 250 mega litre a day filter block in a three party jointventure. We are also subcontracted to do some mechanical work at the Bushkoppies facility. And we have a further R72 million contract refurbishing the aeration at Bushkoppies. In addition we are working with the Nelson Mandela Municipality on a 10 mega litre a day extension there to the Driftsands wastewater treatment plant and another one for Johannesburg Water at their Driefontein wastewater treatment plant, where we are installing aerators, mixers screw pumps and disinfection.

“We have also built two power stations near Bethlehem that derives energy from water from the Katse dam at about 35 cubic metres a second into the Ash River,” says Weston.

This is a consequence of Africa’s largest water transfer scheme, the Lesotho Highlands Water Project, which comprises a system of several large dams and tunnels connecting the two countries.

“The power stations produce about 3MW of power each, which is nice green energy.

“Unfortunately there has been a bit of a hiatus in terms of development of further Hydro Power Stations because Eskom, the national power company, and NERSA, the National Energy Regulator of South Africa, have been resolving the process for independent power producers to supply power into the national grid. The two that we completed do feed into the national grid and the future ones will as well.

For the future he sees growth continuing to come from the Mechanical Division.

“I think that’s right but our civils division will remain busy as we win contracts. That is the great unknown factor whenever you try to project numbers in an industry that is dependent on work being allocated on a competitive tendering bottom line basis – you have to win the contract before you can do the work.”

Is he confident of securing future work? Yes. “We are a medium-sized company managed by the owner. We don’t have a massive overhead structure, it is very hands on and we have a track record of delivery. When we are faced with difficult and demanding situations, we work through them, and deliver. We have a good reputation in the industry and we’ve been around since 1981 – there isn’t a lot we haven’t done or seen.”

To learn more about Eigenbau and see its long list of completed projects visit www.dzigner.co.za/eigenbau/eigenbau.html.