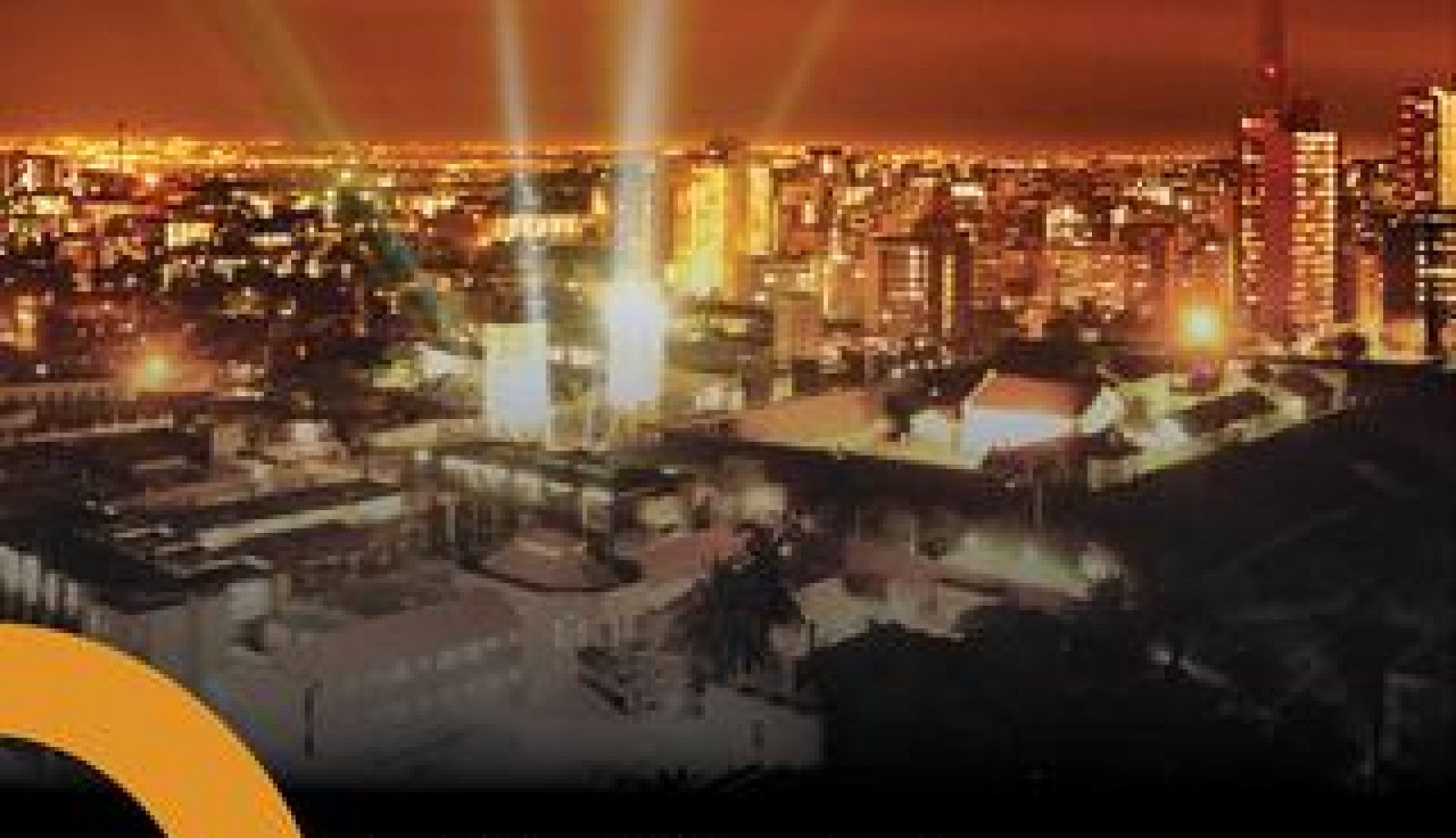 the late Nelson Mandela described Johannesburg as the city of “vibrancy and activity, the centre of our country’s prosperity, providing that opportunity to create a better life for all”

The City of Johannesburg is the economic capital of South Africa and a heartland of trade and economic activity in Africa. It is home to the headquarters of most local and multinational companies in banking, finance and industry because of its nationally acclaimed economic and social infrastructure. It also houses the Johannesburg securities and Bond Exchange, the largest stock exchange on the continent.

With a population of over 4 million people, Johannesburg is a bustling metropolis which offers locals and visitors an experience as unique and diverse as the city itself. as the biggest of South Africa’s eight metropolitan municipalities, it is the destination of choice for both skilled and unskilled migrant workers from beyond the provincial borders of Gauteng and national frontiers, and is a gateway to other destinations in southern Africa.

Johannesburg is an inland city located in the province of Gauteng, the wealthiest of South Africa’s nine provinces which occupies only 1.4% of South Africa’s land area, but contributes more than 33% to the national economy and a phenomenal 10% to the GDP of the entire African continent.

It is a city which is rolling out innovative solutions in the fields of alternative energy, public transport and high-speed broadband; a caring city that looks after its people through its housing initiatives, its successful healthcare programmes, its human and social development interventions, its expanded social package for indigent communities and the vulnerable and its urban agriculture programmes to ensure food security and a society where no one should go to bed hungry.

It is the home of global icons such as the late Nelson Mandela who described Johannesburg as the city of “…vibrancy and activity, the centre of our country’s prosperity, providing that opportunity to create a better life for all.”

The Man Behind the World Class African City
Johannesburg is remaking itself and shaping its future as a sustainable liveable and resilient city – a city that ‘cares’ for its people and their future. the man behind this vision and its implementation is Councillor mpho, Parks tau, Executive mayor of the City of Johannesburg. He brings a unique blend of youth and experience to his role as Executive mayor of Johannesburg, south Africa’s premier economic city.

Mayor Tau is a proficient international speaker and provides a voice of transformation in international seminars and conferences. He has represented the City of Johannesburg as a speaker, facilitator and presenter at a number of global events such as the world Economic Forum in Davos, un Habitat world urban Forum, the metropolis annual meetings, the uClg world Congress, africities and Economist conferences to name a few.

His main areas of focus are issues of socio-economic development, urban transformation, climate change, energy and youth matters and he has been able to generate global debate and garner support for his views and perspectives. mayor tau is a member of the uClg world Council and Executive Bureau and is Vice-Chair of the un Habitat’s global network for safer Cities. Through his international role, he has been able to attract a number of key events to Johannesburg including the metropolis annual meeting in 2013, the C40 mayors summit in 2014 and the forthcoming africities summit in 2015.

Leading the African Continent on Capital Investment
Johannesburg’s capital investments have increased significantly from R7.6 billion in 2013/14 to R10.9 billion in the 2014/15 financial year, making it the largest in the continent.

The city has also successfully redeemed R1.9 billion since the inauguration of the municipal bond which the city pioneered – including R900 million in the past 12 months. Johannesburg also received an unqualified audit report for the 2012/13 financial year, which attests to the city’s good governance systems and adherence to the highest standards of corporate governance and financial controls.

The city deploys these resources to achieve its developmental obligations through investment in strategic infrastructure such as roads, the rehabilitation of public spaces and innovative transport solutions and telecommunications.

The First C40 City to Issue a Green Bond
The City of Johannesburg has successfully listed the first green bond CoJgo1 which will mature in 2024. The bond of R1.46 billion was priced at 185 basis points (1.85%) above the R2023 government Bond, which is very competitive and is a reflection of the city’s improved financial position. It marks a historic occasion as Johannesburg became the first city in the C40 Cities Climate leadership group to issue a Green Bond.

The Green Bond has provided the city with a funding source to improve and expedite the implementation of its climate change mitigation strategy and move the city towards a low carbon infrastructure, minimal resource reliance and increased preservation of natural resources. The projects to be financed are green initiatives such as the Bio gas to Energy project and the solar geyser initiatives, as well as other projects that reduce greenhouse emissions and contribute to a resilient and sustainable city.

Leaders in Climate Change Mitigation Strategies
Johannesburg is conducting a green revolution through a range of initiatives designed to reduce and mitigate climate change. as a member of the C40 Cities, the city is increasing its efforts to combat climate change, conserve its finite resources and guarantee security of supply of water and energy for its residents. the initiatives taken by the city to promote the “green revolution” include:

– Reducing carbon emissions through the introduction of green transport such as the Bus transit system.

– Rolling out 43,000 solar water heaters which generate the equivalent of 22.5 gigawatt hours of electricity per year – enough to run a small town.

– Replacing 143 km of water pipes as part of a three year, 900km refurbishment programme. this will reduce technical water losses from leaks and pipe bursts.

– Instituting a programme to design the city’s “future energy mix”. This will include the increased utilisation of gas, the uptake of roof top photovoltaic systems and other alternative, greener energy sources.

Johannesburg Rolls Out Innovative Spatial Vision
The City of Johannesburg is working to reverse the legacy of social engineering based on exclusion and apartheid, to create a spatially integrated city and undo the process of urban sprawl, through the provision of high-density housing along well planned transport corridors.

Dubbed Corridors of Freedom, the new vision will not only transform spatial development in Johannesburg, but will also facilitate the shift towards an affordable and accessible mass public transit system that includes both bus and passenger rail. along these corridors the city is locating mixed income housing, schools, offices, community facilities, cultural centres, parks, public squares, clinics, libraries, as well as cycling and walking.

“This transit-oriented development will provide a modern approach to urban planning which has been implemented in cities such as San Francisco, Vancouver, Melbourne, Paris and Guatemala City,” says the Executive mayor for Johannesburg, Councillor Mpho Parks tau. In this future, ‘Joburgers’ will live closer to their workplace and be able to work, stay and play in the same space without having to travel long distances. The idea is to reduce the number of cars and lessen carbon emissions to save our environment.