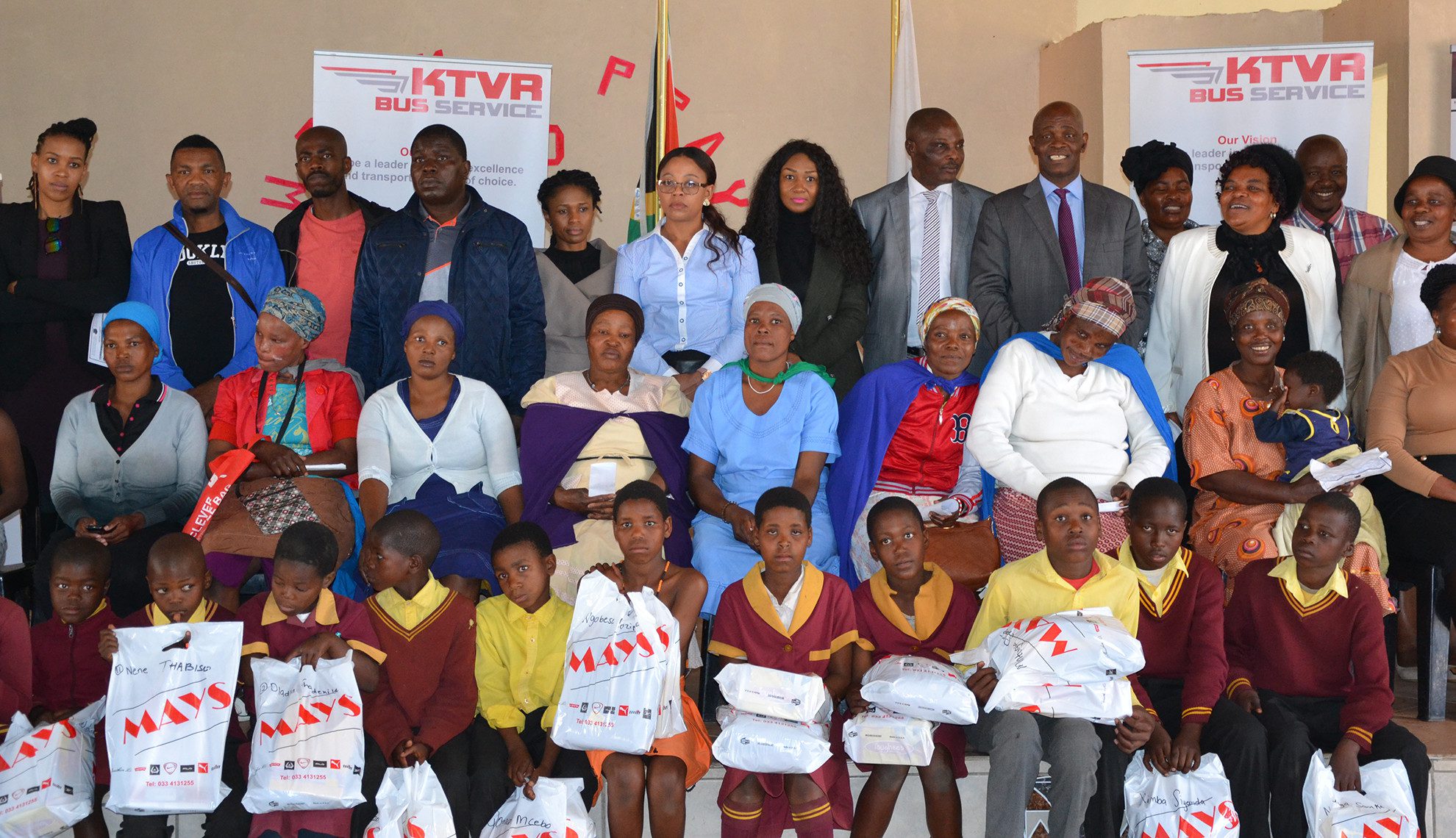 A BRT system built for the masses, KTVR is set rejuvenate opportunity, both socially and economically, in the Ekurhuleni region of South Africa

Effective transportation and socioeconomic development are two pillars of any successful economy that almost always go hand in hand.

As economic opportunities have become increasingly defined by the mobility of goods, people and information, the transport sector in turn has revealed itself as an effective tool, instigating positive multipliers such as improved access to employment, reduced costs and expanded investment.

This in mind, it’s easy to see why the South African government launched the revitalised Public Transport Action Agenda in 2007.

The statistics tell this story. Looking back at 2009, public transport and walking were the primary transportation modes of 80 percent of South African citizens, when 40 million people across the country were without a valid driving license.

Yet despite this reliance on public transport, the most up to date National Household Travel Survey at the time showed that the vast majority of SA citizens were dissatisfied with the options available to them, voicing concerns over safety, quality, levels of crowding, security, the distances between homes and stops, and the frequencies of travel.

Coupling these issues with a growth in demand for transport due to increasing urbanisation, a solution was needed to prevent the state of transport affairs from becoming a major inhibitor to socioeconomic success.

Using dedicated lanes, stations, modern buses and smartcard payment systems to provide a multitude of service benefits, BRTs have since proven to be a hit across South Africa – merits that were a key motivation behind the formation of the KTVR Bus Service.

“KTVR was founded in 2015,” states Buti J Mahlangu, Director of Public Relations at the organisation, “to provide rapid, safe, reliable and cost-effective transport services to commuters from Tembisa to Vosloorus via the OR Tambo Airport and the Isando industrial area.”

Created to improve both efficiency and productivity and allow public transport to become more customer-centric in all of its dealings, KTVR is upholding each and every one of the aforementioned benefits. Equally, however, it has not been to the detriment of the region’s other transport operators.

“The BRT is in fact wholly owned by former taxi operators, members of the Ekurhuleni taxi industry (ETI),” explains Mahlangu, going on to outline KTVR’s mission of creating a platform from which taxi drivers can upskill and participate in local economic development.

“The idea is to expose them to new ventures and business ideas, helping them to diversify. Since the introduction of the BRT system, there has been a noticeable decline in taxi-related conflicts and attitudes towards transport have begun to change drastically.

“Once negotiations have been concluded between ETI representatives and the City of Ekurhuleni, a 12-year contract will be signed in which KTVR will cement its status as a fully-fledged organisation, set to eventually operate more than 210 articulated, 18-metre buses.”

This community-orientated ethos is the lifeblood of the transport company, further evidenced through the formation of a stakeholder forum, allowing interested parties to meet and discuss challenges, solutions and improvements.

“This makes KTVR unique in its approach,” adds Mahlangu.

“We are also running our services from 3am through to 12am, longer than any other provider. Our fares are competitive and affordable; we offer a seamless transport underpinned by a dedicated team of people working towards the same vision.”

“This is crucial in helping us to retain our best staff,” Mahlangu reveals, “as are the 13th cheques and annual bonuses that we pay to our employees every year.”

“We annually assist students in need, providing them with uniforms, and started a soccer tournament where high schools in Ekurhuleni compete in a league which we sponsor. We also engage matriculants in an essay writing competition, with the winner receiving R50,000 as a prize.”

All things combined, from KTVR’s emphasis on advancing members of the ETI and bolstering socioeconomic opportunities through effective transportation to its stakeholder forum and social investment initiatives, the organisation has positioned itself as a key enabler of opportunity.

Moving forward, this modus operandi is only set to gather pace, beginning with fleet extensions and route expansions.

“We want to be operating 80 buses by December and 120 buses by March 2020, and hope to up our employee numbers from 100 to 600 by 2021,” the public relations specialist affirms in his concluding statements. “We’re also hopeful that the taxi industry and commuters will reap the benefits of a unique transport system that is highly subsidised by the government.

“BRTs are a tool of economic emancipation and transformation for the previously disadvantaged; no country can be economically viable without its backbone – transportation. I’m extremely optimistic about the future.”