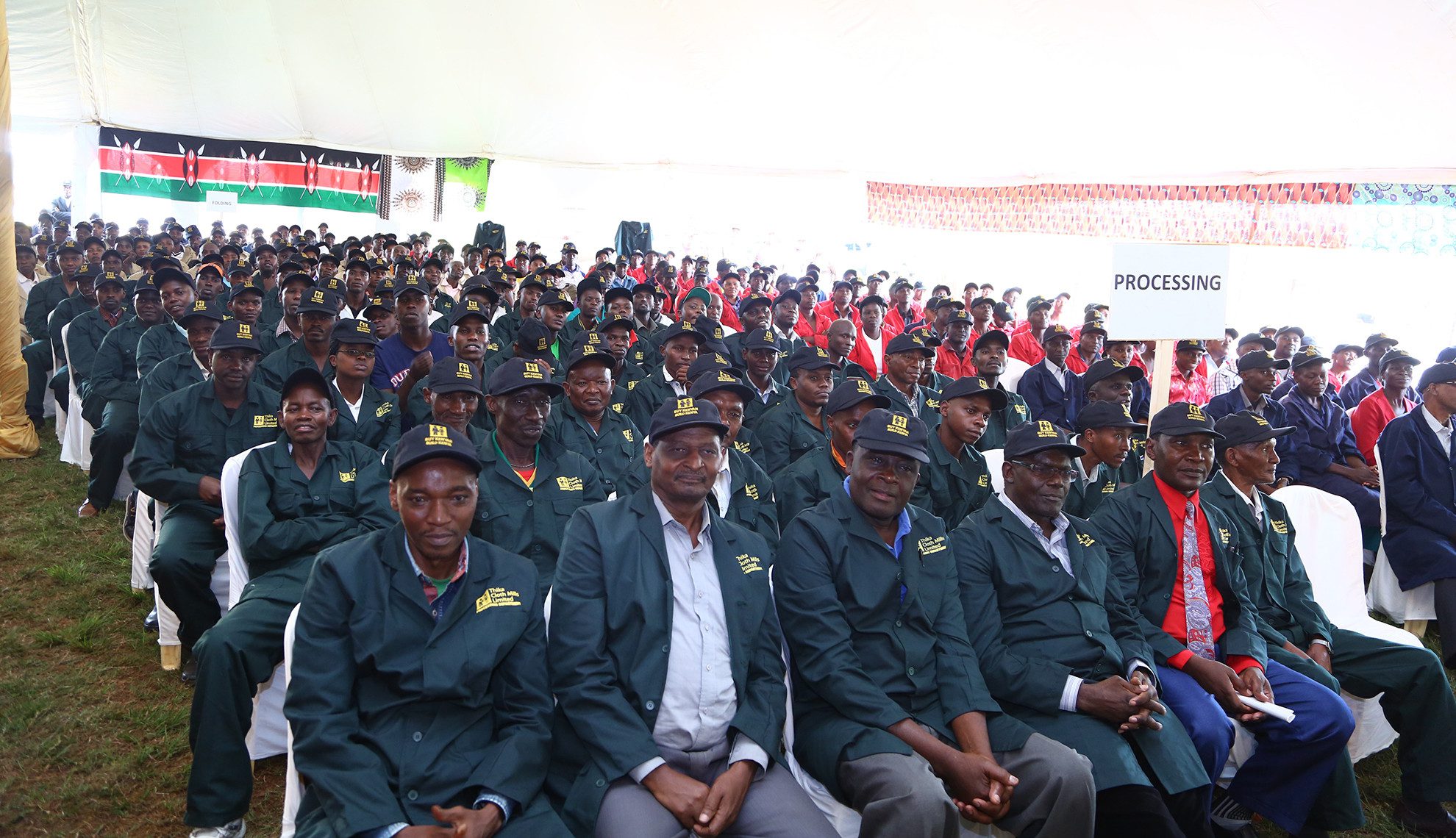 Having weathered a storm of competition from overseas, Kenya’s Thika Cloth Mills is investing in modern techniques to help the national industry stand on its own two feet

At the age of 24 my sister and I visited the factory one afternoon to find all the workers standing outside.

“They hadn’t been paid their wages. My father explained that the factory was going through difficult times and that the family was restructuring. He told the workers that the future looked grim and they could either go and look for green pastures or get back to work and hope for the best.

“To our surprise every worker went back into the factory. I knew how much this meant to them, and I made a promise to fight for our people and make this wrong right.”

This is Kenya, 1998, just outside of Nairobi – a textile trade in crisis. Huge influxes of cut-price clothing from the manufacturing powerhouses of Asia had penetrated the local market, and decades-old local businesses were under threat.

Two decades on from its darkest hour, her resolve is being rewarded despite the odds being firmly stacked against the company when she returned home from studying in the UK.

“The job losses were immense and there was nothing anyone could do but watch. Thika Cloth Mills hit rock bottom and lost all but 350 of its workers.”

Dodhia’s return was all the more heart-breaking given she had grown up with happy memories of the business with her sisters. Her father Mahendra Khimasia established the factory in 1958 with his elder brothers, the operation thriving for many years.

“In the 80s as children we visited this vibrant factory with 2,000 employees who were always warm and welcoming,” Dodhia continues. “We saw trucks of cotton coming to the factory and being converted to yarn, woven into fabric and then being processed into beautiful colourful designs for the Kenyan market.”

In order to save her family business in the late 90s, the MD knew a departure from tradition was necessary. Thika Cloth Mills had to adapt to survive.

“We remained focused and changed our lines,” she adds, “mainly venturing into niche markets of supplying uniform materials, as these could not come second hand.

“Today we are leaders in the uniform sector, supplying many school distributors, corporates and almost all security uniform materials. Our survival is built on consistent, high quality fabrics, focusing on customer needs and fast deliveries.”

Employee numbers have recovered to 650, dedicated and skilled staff who produce goods for around 400 customers across Kenya, from large manufacturers to small-scale tailoring outfits. Thika also supplies companies whose products reach further afield, both in Africa and to the likes of Europe and the US.

Shortly after her father passed away in 2011, Dodhia turned her attention to canvassing industry associations and the government.

Having appointed a new president in 2012 who aligned with her vision, the MD joined the Kenya Association of Manufacturers (KAM) and became a loyal proponent of the Buy Kenya Build Kenya campaign.

This persistence paid off.

“On Labour Day last year, our President Uhuru Kenyatta announced publicly that his disciplined forces would buy textiles made in Kenya and would give the local textile mills priority,” she explains.

“Soon after this announcement, the Permanent Secretary of Industrialisation, Betty Maina, called a meeting of textile manufacturers (through KAM) and asked us to get our factories ready.”

This led Thika Cloth Mills to invest in machines that will allow VAT printing which is ideal for printed uniforms. The machines are under installation and will be put into manufacturing mode in June 2019.

“We would like to thank the H.E the President, The Ministry Of Industry and Kenya Association of Manufacturers for their support which has enabled the company to fast track modernisation,” Dodhia adds.

In another development, again via KAM, the MD was introduced to a French-led programme called Sunref, a scheme which enabled manufacturers to access finance from a governmental fund allocated to energy saving projects.

“I explained that I wanted to modernise but not in one go, as the company would not be able to,” she recalls. “Sunref agreed to hold my hand through this process and we were able to access competitive finance.

“In 2016 we modernised one of the spinning machines, in 2017 we upgraded our warping and sizing machine and 2018 we put in a new finishing machine and boiler which has allowed us to produce better products at more affordable prices.”

Making the adjustment to newer machines caused little disruption among Thika’s skilled workforce, the company now able to commit to more than 30 internships every year from polytechnics and universities all over Kenya.

“Supporting local cotton farmers is also very important to Thika Cloth Mills,” adds Dodhia. “We buy cotton locally, even if it is slightly more expensive, as we believe value-addition and cotton farming creates wealth for farmers in rural areas.

“Cotton is also available from Uganda and Tanzania and we buy from our neighbours to support their growers.”

The Buy Kenya Build Kenya initiative is now enshrined in the government’s highly anticipated Big Four Agenda, with manufacturing one of the scheme’s four pillars.

This has led to authorities identifying 24 Kenyan counties as targets to restart or expand cotton growing, an important step to providing employment to the country’s young, expanding population.

“The average age of a Kenyan is 19 years, jobs are scarce, poverty levels high and the need for manufacturing and moving from an importing nation to one that manufactures is becoming more critical,” Dodhia says, outlining her bold plans to restore Thika Cloth Mills to its former self.

“It is our vision to get back to 2,000 employees and buy cotton locally, creating jobs for many Kenyans. We want to provide quality products that can be converted to garments and fashion items, further creating jobs in this sector.

“Kenya must revert back to manufacturing, and move from a nation depending on imports to one that is self-reliant, manufactures, and creates jobs and wealth for the people and country.”