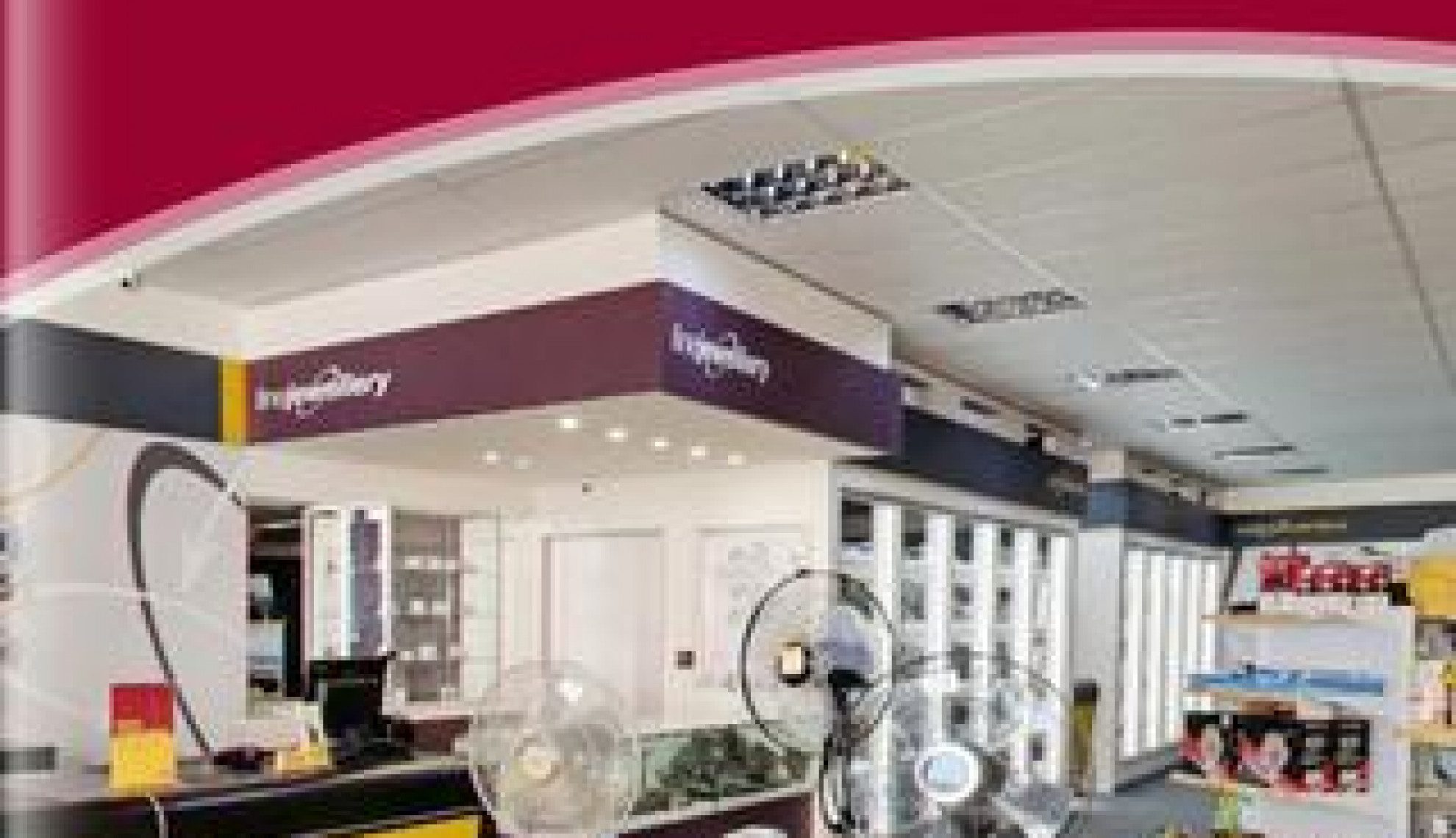 Cash Converters Southern Africa is not only expanding its family of franchisees, but also equipping them with the digital tools required to run successful, modern businesses

The trading of used goods has been a cornerstone of commercial activity throughout human history.

An economical way of acquiring essential items, be it clothing, tools, gadgets and almost anything in between, the second-hand retail industry has become a mainstream alternative to buying new.

However, while the rise of established second-hand trading has enabled consumers to live more economically, it has also carried with it some unwelcome reputational stereotypes.

Issues of trust, wheeler-dealing and sleazy salesmanship are all tags that are commonly associated with this realm of retail, but organisations like Cash Converters have built themselves up by offering a fresh way of doing business.

“Our group founder Brian Cumins describes it as taking the sector out of the steam-driven era and propelling it into the supersonic age,” explains Richard Mukheibir, CEO of Cash Converters Southern Africa.

“It was about mainstreaming the industry and making the average consumer in the street comfortable with the brand and its professional approach to second-hand retail.”

Mukheibir established the South African wing of the business in 1994 after flying over to Perth to meet with Cumins.

It was a time of tremendous change in the country. Nelson Mandela, having been released from prison in 1990, won the landmark democratic election of May 1994 and swore in a new post-apartheid era.

For Mukheibir, it was a time of post-isolation optimism that matched his entrepreneurial desire.

“I come from a small business background and always wanted to do something myself,” he says. “The timing was such that I had been in a large corporate, and one of our now ex-partners had been in the UK and seen what Cash Converters was all about.

“We had a look at it and thought it was a good fit for South Africa and a growing consumer society.”

The ensuing years have been a story of establishment and growth of the Cash Converters brand and business model across Southern Africa.

Today, the company has 85 franchisee-operated stores all over Southern Africa, with a further six set to open their doors to customers in the near future. These stores vary in size, the average being around 450 square metres with some nearer to the 1,000 square metre mark.

This footprint translates into a network of nearly 1,500 employees who process approximately three million transactions every year, a figure set to rise further as new outlets open and existing stores increase business activity.

This is part of an aggressive growth plan launched into the business in 2017, when the company moved into a new corporate head office in Midrand.

“It feels like yesterday that we moved in,” recalls Mukheibir. “The new site effectively is double the footprint of our former office and we’ve capacitated to manage 125 stores, so there is the room for us to keep growing.

“We need to put the resources in ahead of the store numbers to ensure consistency when new outlets open.”

This capacity to expand not only encompasses physical space at the new corporate HQ, but also the technological capability to seamlessly handle frontline and back office processes.

“Last year we launched a new point of sale (PoS) system into our business based on a single view of the consumer,” Mukheibir says. “This is a huge leap from the paper-based, manual processes that we had when we started.”

The new system is adding around 40,000 sets of customer data every month, with 250,000 records already secured in the new system.

For Mukheibir, data is a new form of currency. “We have the ability to manage and monitor what customers are doing in our stores, which clearly gives us a distinct advantage,” he adds. “We can see what is being bought, by whom and where.”

The new POS system, named CCPOS and hosted over a Microsoft Stack platform, delivers a myriad of other benefits, including the ability to be more efficient with debit card-based loan provision which in turn is boosting levels of customer service.

It also, crucially, enables greater visibility over inventories, allowing franchisees to keep a firmer grasp on what is selling strongly and thus what products their store may need to acquire.

“It further lays the foundation for us to go into web shopping, and the next step for us has been to hire a new group marketing manager with a strong data background,” says Mukheibir. “She has a track record in Africa and will be responsible for building out our data warehouse and helping us make the most of the data we have.”

The firm has a similar setup regarding electronics, with franchisees able to remotely plug in devices and connect to a team at head office who will validate software and data, another example of technology enabling connectivity between stores and central management.

These geographically separated franchisees are also joined by a shared set of values that stem from the top of the Cash Converters organisation.

Formed of just five words – professionalism, passion, integrity, collaboration and respect – this ethos is what ensures a consistent customer experience across the board, no matter which store they may find themselves using.

Asked what he looks for in a potential franchise partner, Mukheibir explains: “At every step of the process we look to these five characteristics and for ‘people person’ individuals. “

“Our franchisees should have a common value set with us and the complementary skills to run a business – for example, if arriving for an interview with us two or three hours late, then we need to deduce whether that reflects their general professionalism.”

“We prefer those with experience in the traditional industry, as we pride ourselves on a new way of doing things with different values.”

A one to two-hour face to face interview is just one step of a thorough vetting and onboarding process, with successful applicants given store tours and shadowing sessions before any franchise is awarded.

“This is really important as it gives the prospective owner a feel for what the day-to-day will look like,” Mukheibir continues. “We are an owner-operated business, and don’t sell our franchises to managers. The owner opens and closes the store, and we have found this to be a very successful model and a differentiator for us.”

An online training portal bolsters any hands-on training and further ensures consistency of operation across the Cash Converters network.

Made up of more than 500 individual pieces of content, the system again mitigates any potential barriers presented by the distance between stores, removing the need for franchisees to make regular visits to head office, or vice versa.

“This has greatly helped us over the past three to four years,” says Mukheibir. “It is paramount to the credibility of Cash Converters that our offering and level of customer service is consistent across all of our stores.”

This uncompromising approach to standards and values has resulted in 25 years of successful operation in Southern Africa, a milestone that the CEO is proud to reach and a legacy that he wishes to continue long after he departs the business.

“We see ourselves as sustainable wealth creators for our franchisees,” Mukheibir says. “It is about making sustainable profits and the fact we have been around in Southern Africa for 25 years validates what we have done so far.”

This is no better demonstrated than by the company’s first South African franchisee, who has just signed a 10-year lease extension. Mukheibir also wants to empower future generations, with Cash Converters franchises passed down to children who will continue to develop their family business.

This formed part of the focus of a recent training fortnight at head office, and succession planning will no doubt help ensure the smooth handover of franchises once original owners are ready to retire or take on new challenges.

And it is the passing down of knowledge that Mukheibir hopes to be able to extend to the wider Southern African community as part of a future corporate social responsibility drive, a key element of the newly-appointed marketing manager’s remit.

An exciting and rewarding future ahead, the CEO remains positive as he was back in 1994 with regards to the future flourishing of retail in South Africa. Another set of elections, another cause for optimism.

He concludes: “The past 12 to 18 months have been a bit of a rocky ride for the country, but once we’ve passed the elections in May the situation will become a lot less volatile, and we can get down to building the country.”

“We’ll be able to concentrate on growing the economy once again, and this is where Cash Converters can contribute.

“Every store that we open generates its own microeconomy around it, and further digitisation and expansion will only increase the positive impact of our brand, not just in South Africa but other Sub-Saharan countries we are looking at investing in.”