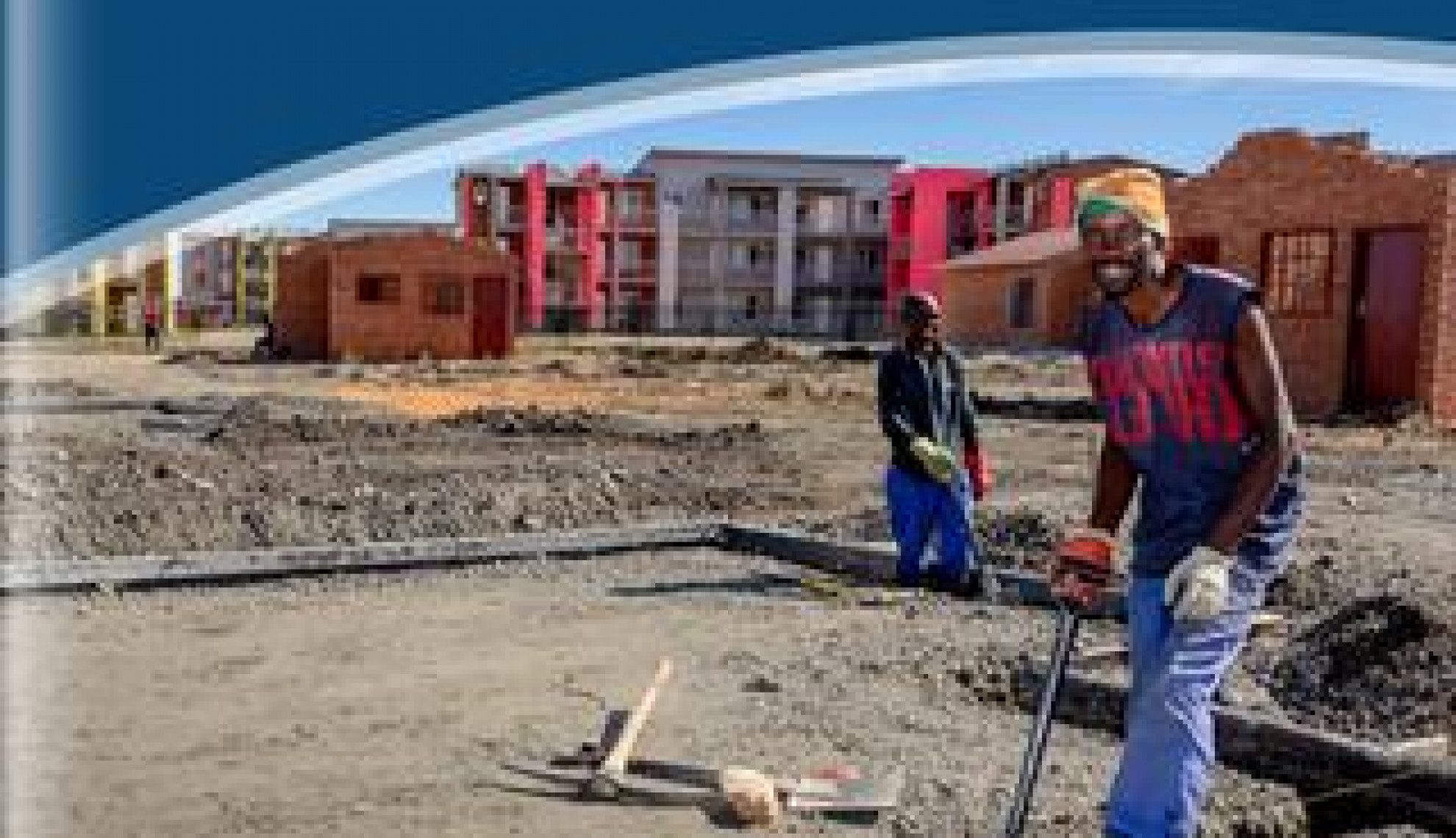 In recession last year, the sector is set to emerge from this through 2019 according to research by Fitch Solutions, which forecasts growth of 2.4 percent.

This is far below the growth predicted for the wider Sub-Saharan region, which is set to expand by 6.8 percent this year.

However, while South Africa’s construction sector has endured troubled times, it has not been a story of struggle for every company.

Far from it. Those that have been able to adapt and innovate against a challenging backdrop have emerged strongly, and Motheo Construction Group certainly falls into this category.

“Motheo has seen significant growth over the past three years,” comments company Director Tim Potter. “The South African construction industry is currently in a very challenging place, and we are grateful and blessed to be growing and flourishing during these very turbulent times.

“Motheo is ideally positioned to excel in this current phase, and this is because of our understanding of the operating environment.”

Established in 1997 by Dr Thandi Ndlovu, the organisation today stands as one of South Africa’s prominent black female-owned construction companies (52 percent of shares are owned by six black women) and is a leading provider of social housing.

It predominantly contracts on low tech residential and non-residential buildings and has the ability to carry out its own electrical work, while the company also operates a civil construction division.

For Potter, the chance to join up with Ndlovu more than 20 years ago was too good an opportunity to turn down.

“An initial two-year contract with Murray and Roberts has turned into a lifetime journey in the South Africa space,” he recalls.

“Around the time that fellow Motheo Director Chris Cudmore and I had started our own construction company we met Dr Thandi Ndlovu, who too had entered into the low-cost housing space. More than 21 years ago the Motheo Construction Group, as we know it, was formed.

“As founders, Chris Cudmore, Dr Thandi Ndlovu and myself are proud to say that we have established a truly empowered South African company.”

Headquartered in Randburg, Johannesburg, the firm has completed works across almost all of South Africa’s nine provinces and is considering options in the only part of the country it is yet to enter – the Western Cape.

Operating from branch offices in Johannesburg, Kimberley East London and Durban, Motheo has successfully handed over a great number of projects in recent years.

Among the most recent is the completion of a school in Centurion, a development which was opened in January 2019 by Panyaza Ledufi, MEC for Education. Fitted with new classrooms and recreational areas, the school is a potentially lifechanging asset for many local children who can now learn in comfort.

In the commercial sphere, in 2017 Motheo handed over a factory for Gayatri Cans in Gauteng, a two-year development valued at around R100 million. Another landmark industrial project was completed a few years earlier, in 2013 in the form of a R63 million waste depot in Kwa-Zulu Natal.

For Potter, however, it was in 2010 and the refurbishing of Orlando train station in Soweto that instilled him with a particular degree of pride. Finishing in time for the FIFA World Cup, the development, costing around R60 million, involved raising platforms and improving access for disabled visitors.

On the residential front, Motheo has carved its own special reputation for delivering affordable dwellings.

In November 2018, the company entered a 50-50 joint venture with WBHO to build a 12-storey block for Divercity Group comprising 670 apartments and retail outlets. The project, valued at R283 million and covering six inner city blocks in Johannesburg, also involves refurbishing three buildings for commercial use.

The JV also covered the ABSA Towers development, a R267 million contract to refurbish a 30-storey office building into new offices, 532 apartments and a restaurant.

All of these examples highlight the scope of Motheo’s footprint and contribution the company continues to make to the development of vital South African infrastructure.

Potter’s fellow Director Chris Cudmore outlines this further, adding: “On your way to work or school this morning, chances are that you could have gone through a station built or refurbished by Motheo. You may have even travelled by train – on railway lines, built with advanced precast technologies – by Motheo.

“Today you may find yourself in one of 10 MTN Service Centres that Motheo has built or refurbished around the country. Or eating in a McDonalds built by Motheo.

“In the unlikely event that your car was stolen in Johannesburg, you may find yourself in the vast Aeroton Vehicle Safeguarding Unit, which was designed, financed and built by Motheo… and if you get thirsty and need an energy boost, grab a Monster energy drink, bottled in a factory built by Motheo.

“Although we remain passionate about housing, we are far more than a housing company.”

As well as its varied portfolio, this statement is also proven true by the Motheo Centre of Excellence.

“The Motheo Academy is up and running,” says Potter. “It is working internally for Motheo, but also for external clients, providing real training to young people associated with our projects.”

This is the crux of what the academy is trying to achieve. By teaching skills and transferring its vast construction-related knowledge, the company is ensuring future generations of engineers and other skilled workers, thus helping to futureproof the industry and the individuals in question.

The business and technical applications covered include construction and the built environment, engineering and manufacturing, telecommunications and management and support services, targeting both unemployed youth and community members as well as Motheo’s own employees and those of other companies.

And it is on this notion of building a foundation for South Africa that Cudmore concludes.

“We build not only with bricks and mortar, not only by putting roofs on hundreds of thousands of heads, but by raising the South African flag high.  We at Motheo are truly empowered, a true example of a South African company.”